An F in driver’s ed 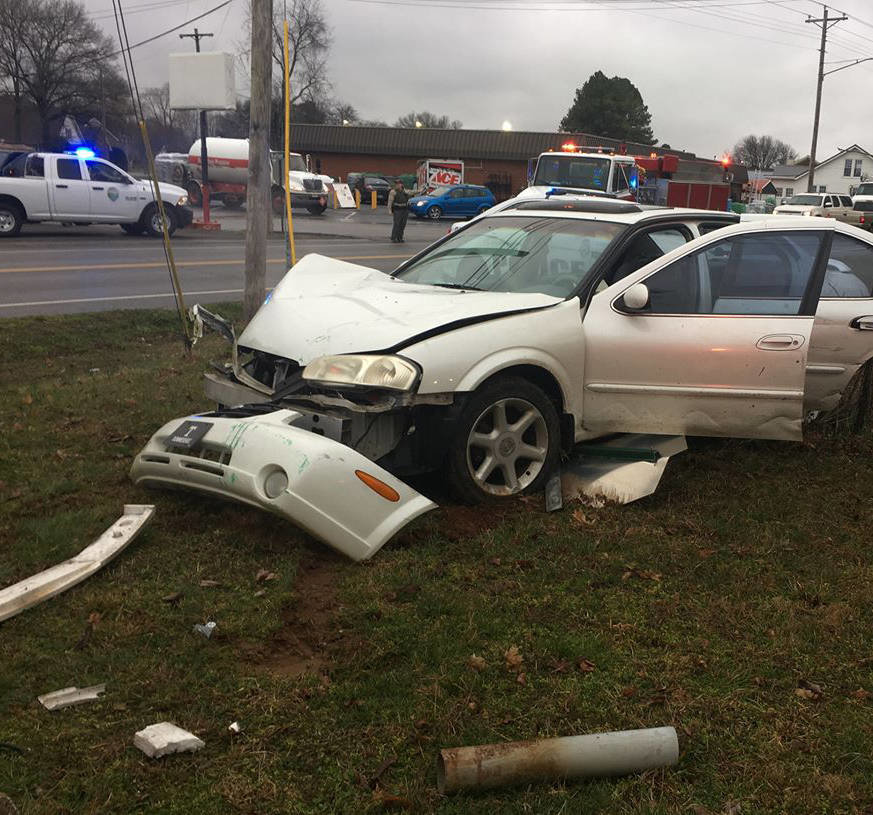 A juvenile driver is facing charges after an afternoon chase that ended in Chapel Hill.

According to Chapel Hill Police Chief Andrew Kon, the vehicle had run from a routine traffic stop by a Marshall County Sheriff’s deputy.

Afterwards, the driver was reportedly involved in a minor traffic accident in the county and left the scene of that event as well.

Heading north along Highway 31A at approximately 3:45 p.m. at speed, the vehicle was tailed by Chapel Hill police.

Having identified the license plate of the vehicle, police made the decision to discontinue the pursuit on the crowded, wet roads as a matter of public safety, when the vehicle left the roadway and struck a telephone pole, close to the intersection of S.E. Forrest Lane.

The driver attempted to flee the scene but was captured by officers.

Kon said that the Tennessee Highway Patrol had filed charges for leaving the earlier accident scene and that CHPD was filing five separate charges against the driver.

The driver had a small quantity of marijuana on his person, as well.

The passenger, also a juvenile, was not charged.

Neither were injured in the wreck.

A juvenile driver, attempting to flee police in Chapel Hill Tuesday afternoon, ended up against a telephone pole and facing several charges.