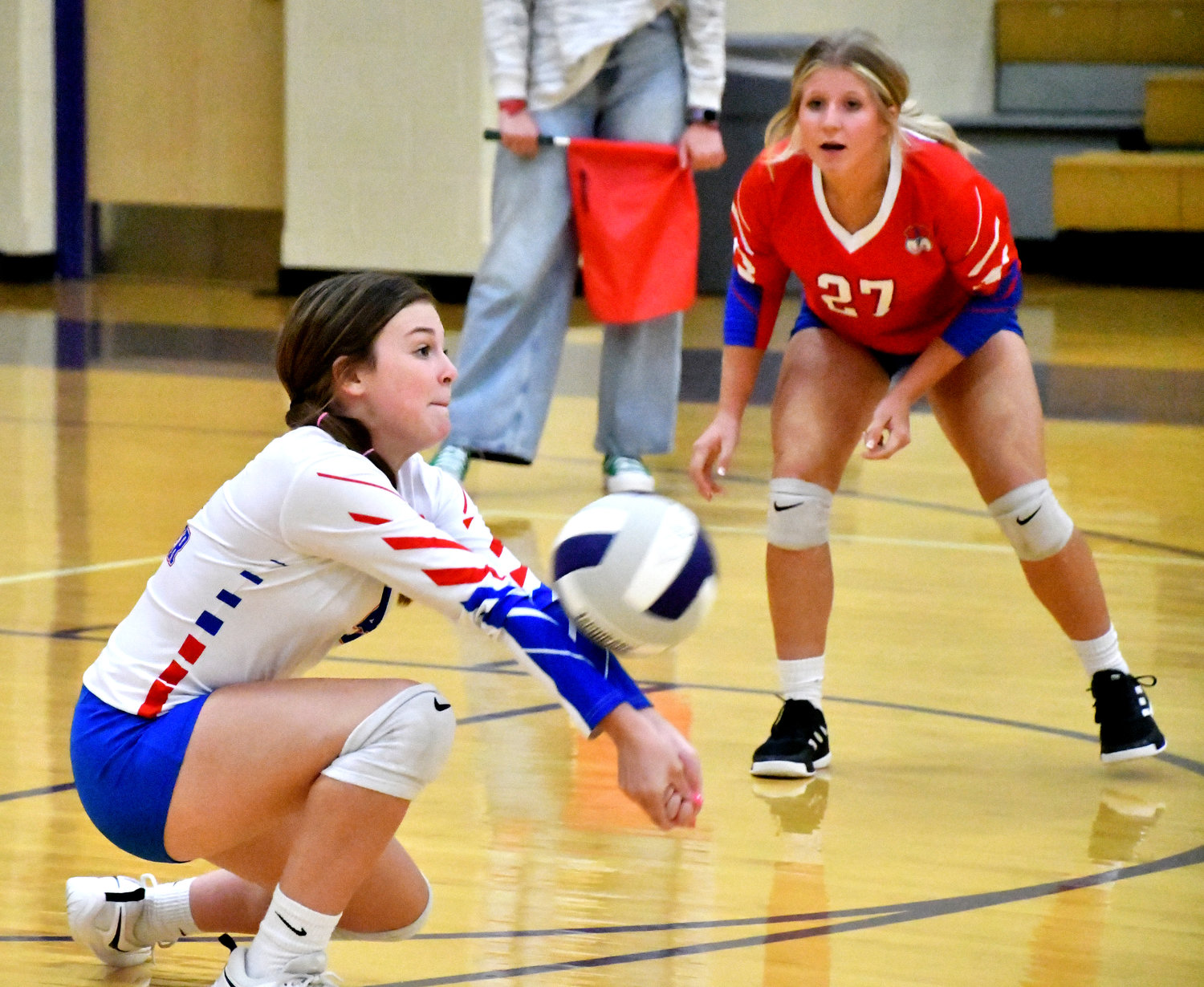 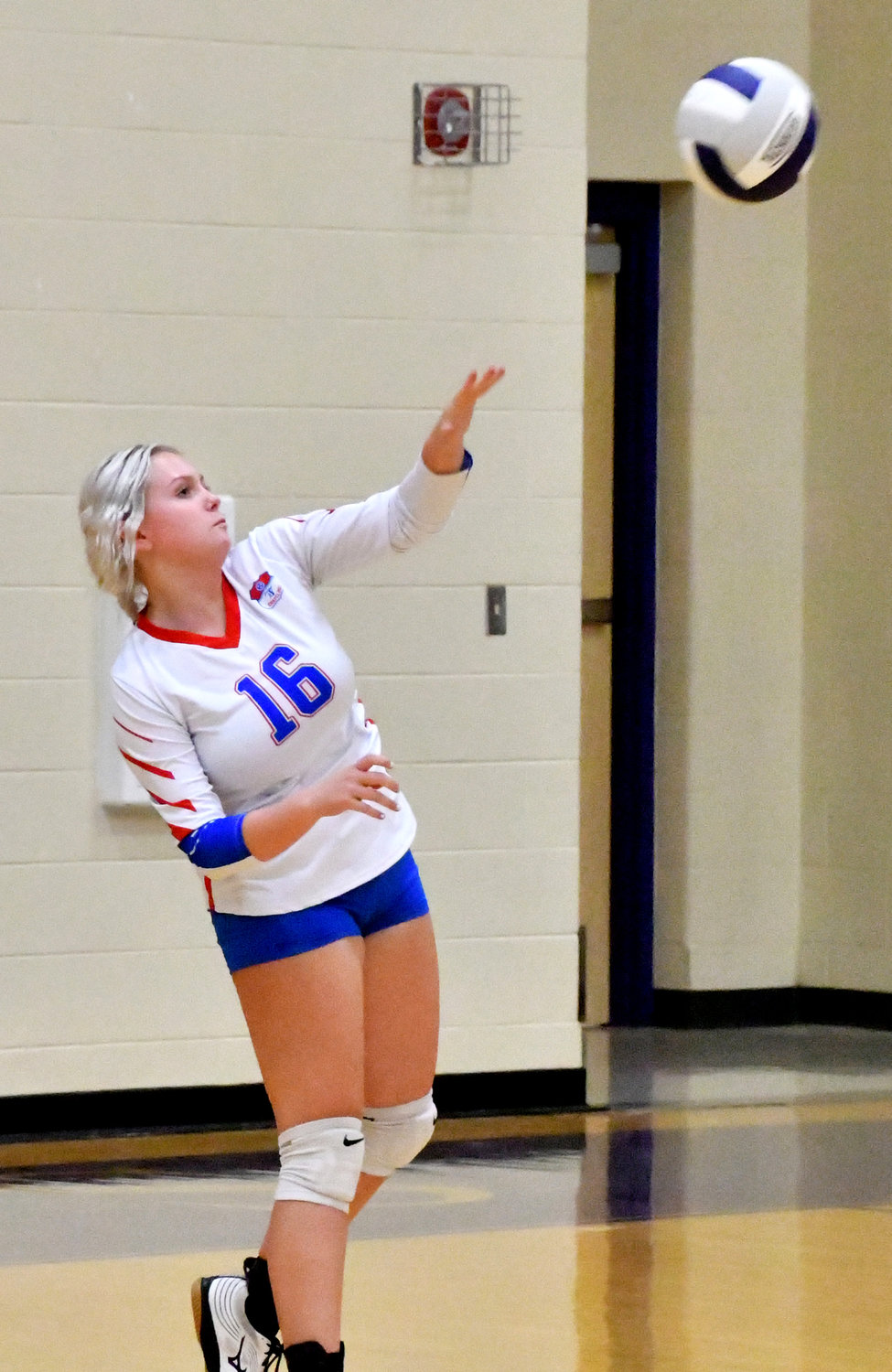 Jenna Goodman (16) delivers a serve for the Lady Rockets. 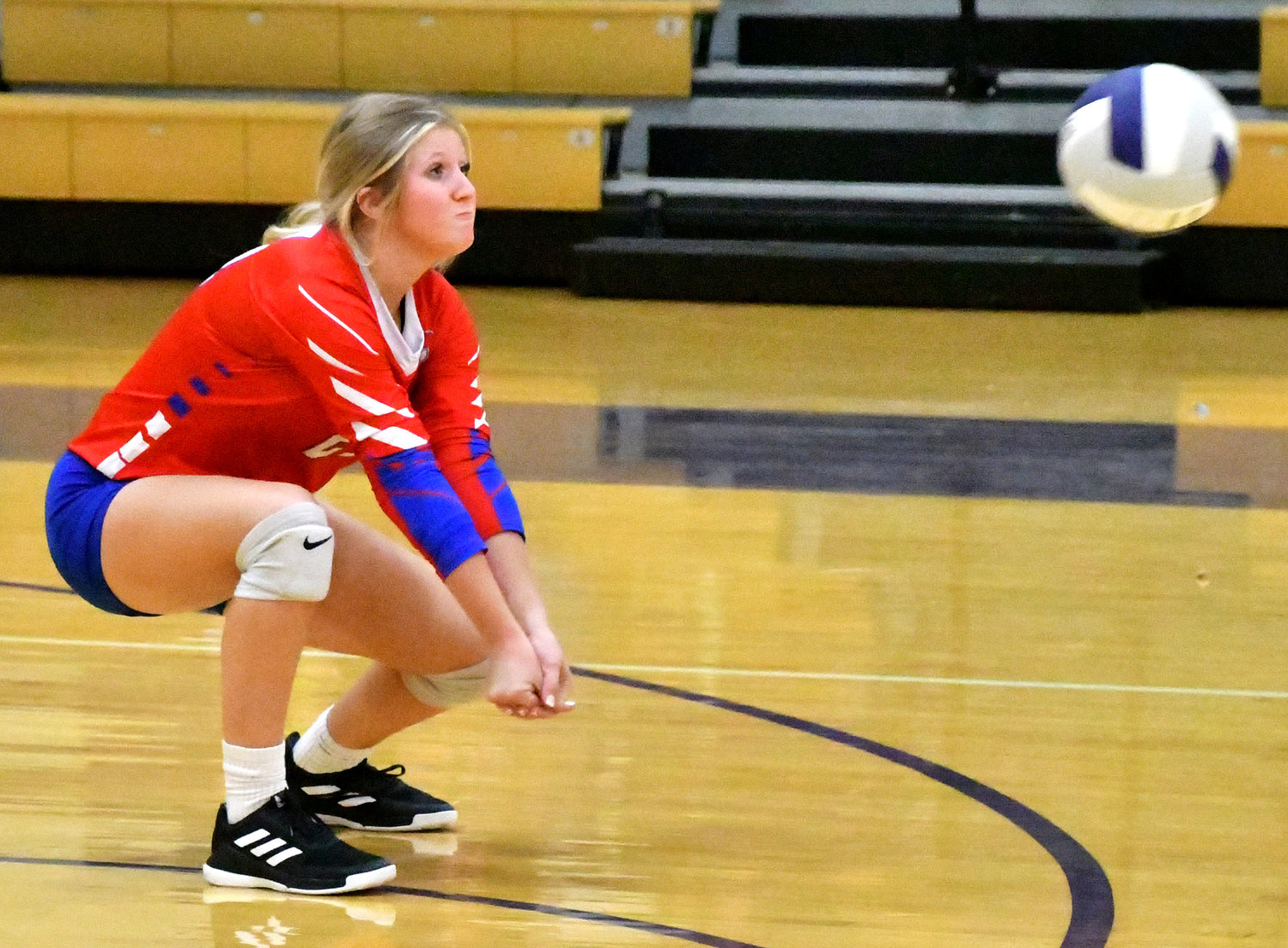 Parker Wales (27) keeps her eye on the ball during a return by the Lady Rockets.
Previous Next
Posted Wednesday, September 21, 2022 4:00 pm
By Rickey Clardy - Sports Writer
UNIONVILLE – The Community Viqueens got the upper hand and went on to defeat the Forrest Lady Rockets in straight sets as the neighboring schools competed in a volleyball contest Monday night.
It was a slow start for both teams as service errors kept the score close throughout the opening set.  The Viqueens held a slim 18-17 lead before the serving of Abi Brown spearheaded Community to a 6-0 run and a 25-18 win.
It was all Viqueens in the second set.  Kassadie Mack was the server as Community scored the first 16 points before the Lady Rockets broke the ice.  The Viqueens finished the set with a 25-4 win.
The Lady Rockets were not deterred and fought back to take the momentum and a 9-4 lead in the third set.  Both teams once again struggled with their serves in the middle of the set before the Viqueens took charge.  With strong net play from M. J. Simmons, Izzy Martinez, and Jacey Collier, Community took its first lead at 14-13 and broke out of a 16-16 tie with the serving of Lizzy Beasley as a 7-0 run allowed the Viqueens to close the match with a 25-17 win.
Community 3, Forrest 0
Set scores: 25-18, 25-4, 25-17
Community
M. J. Simmons 14 kills, 2 blocks, 1 ace, 11 assists
Jacey Collier 4 kills, 2 aces
Abi Brown 2 aces
Lizzy Beasley 2 kills, 1 dig, 6 aces
Izzy Martinez 8 kills, 1 block
Kassadie Mack 3 aces, 10 assists
Ashlyn Yoes 2 assists