CHAPEL HILL — The Community Vikings and Forrest Rockets battled for 80 minutes in a hard-fought, physical matchup Tuesday night, and in the end neither team could connect on the go-ahead goal … 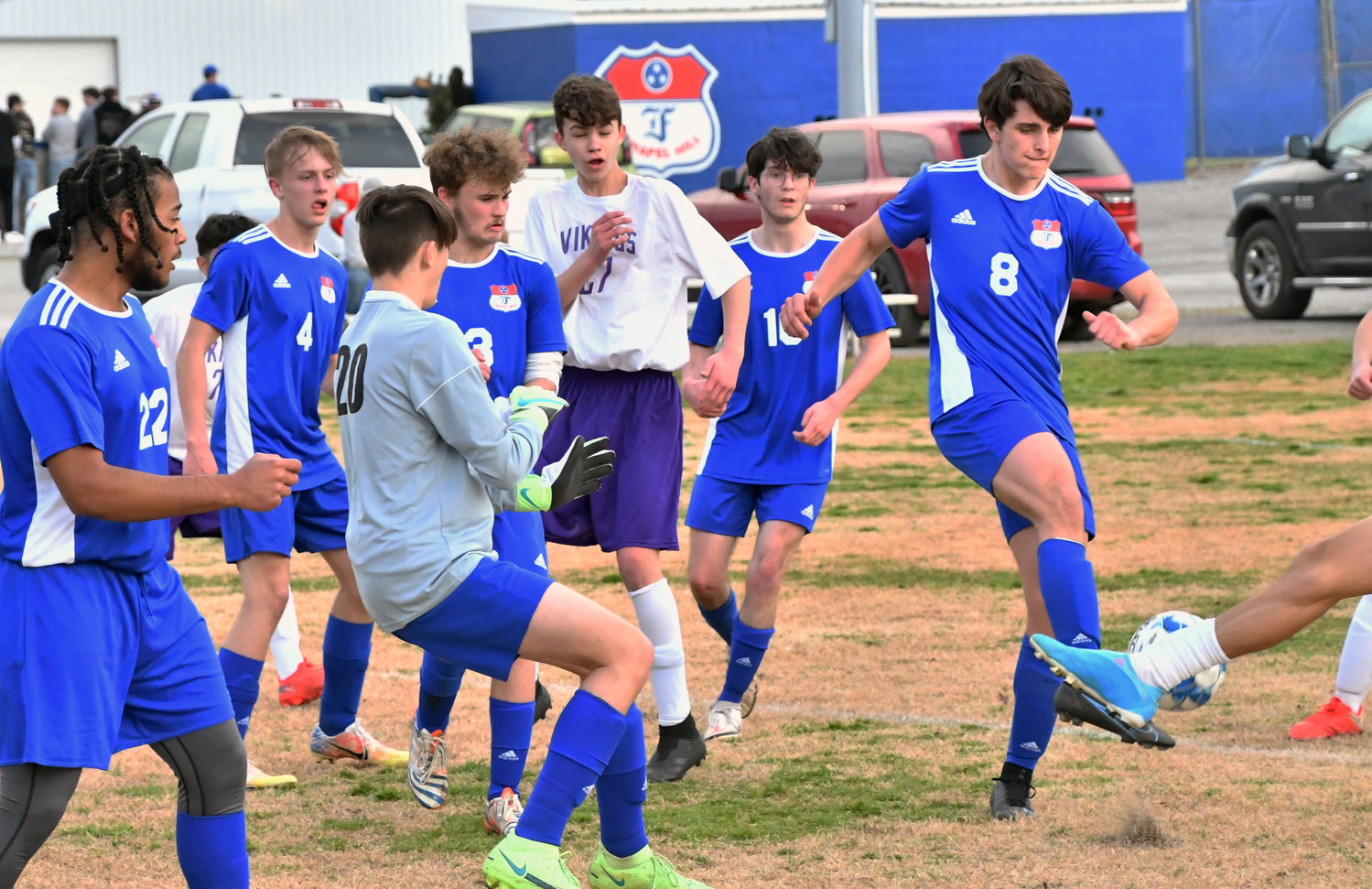 Gavin Grissom (8) of the Rockets drills the ball away from a group of players.
Tribune Photo by Rickey Clardy
Posted Thursday, March 17, 2022 11:47 am
By Rickey Clardy ~ Sports Writer

CHAPEL HILL — The Community Vikings and Forrest Rockets battled for 80 minutes in a hard-fought, physical matchup Tuesday night, and in the end neither team could connect on the go-ahead goal late as the 2022 season and District 6-A opener for both teams ended in a 2-2 tie.
After a scoreless first 20 minutes, Community scored twice in less than a minute span.  Ramon Hernandez drilled home a loose ball in front of the net with 19:44 remaining to give the Vikings a 1-0 lead.  Randy Anica followed with a goal just 55 seconds later to give the Vikings a 2-0 advantage.
The Rockets continued to put the pressure on the Vikings by staying on the Community end of the field for the majority of the half.
Forrest capitalized as Chris Davis took a rebound off the goalie and put the ball into the net to cut the Viking lead to 2-1 with 13:28 left and end the first half scoring.
Forrest knotted the score eight minutes into the second half as Hayden Milligan took a rebound and tapped the ball into the open net.
Both teams looked to break the 2-2 tie in the final 31 minutes.
The Rockets controlled field possession until the final 10 minutes before the Vikings changed the momentum and had several close tries at the goal before time expired.
Forrest will travel to Cascade for a district matchup Thursday while Community will have a break before hosting Cascade in a district game on March 24.