On a weekend of divisional football in the NFL playoffs, there were upsets and thrillers galore.

But one of those losses might hurt a little more on second thought.

All season long, the … 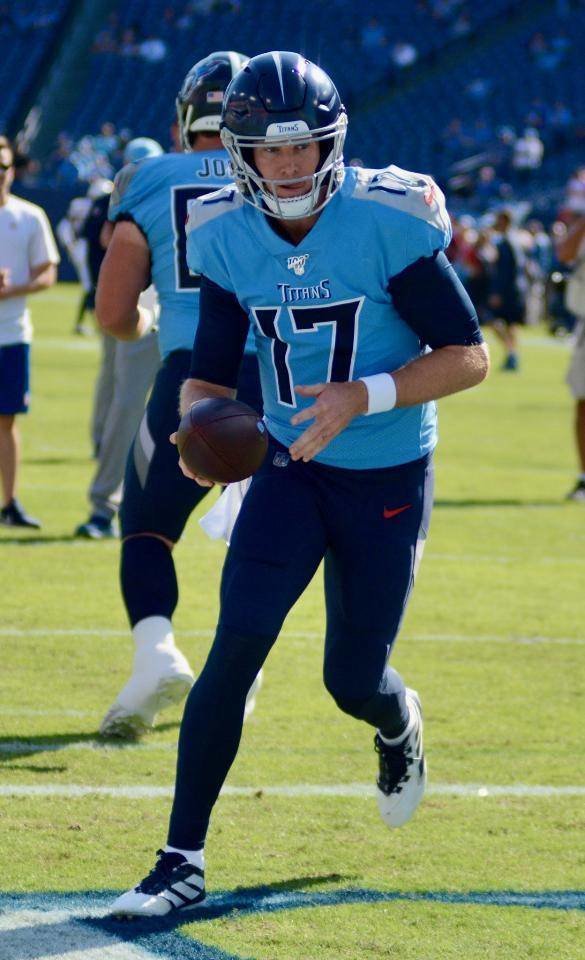 Ryan Tannehill was roughed up in Saturday’s AFC Divisional round against Cincinnati. He completed just 15-of-24 attempts for 220 yard and had three interceptions.
Tribune File Photo by Gary Johnson
Posted Tuesday, January 25, 2022 4:29 pm
By Chris Siers ~ sports@t-g.com
On a weekend of divisional football in the NFL playoffs, there were upsets and thrillers galore.
But one of those losses might hurt a little more on second thought.
All season long, the Tennessee Titans found a way to be resilient in the face of adversity and were able to piece together a patchwork roster for months at a time.
The Titans set a NFL record 91 different players who appeared on the active roster this season.
From injuries to COVID-19 protocols, the job head coach Mike Vrabel and general manager Jon Robinson did during the regular season was nothing short of remarkable.
The Titans locked up their second-straight AFC South title and perhaps more importantly secured the No. 1 seed in the AFC.
This seemingly set the stage for the Titans to make a Super Bowl run, as Derrick Henry was given a full-go after being sidelined since October with a Jones Fracture in his foot, which required surgery.
That extra week gave the Titans a little more time to get all the offensive weapons healed up and primed for a three-game run to Pasadena to play for the Lombardi Trophy.
That didn’t happen and the Titans were given a hard dose of reality into the current status of the team and what’s handicapping them from truly being Super Bowl contenders—Ryan Tannehill.
Ryan Tannehill has never been a top-tiered quarterback who would throw for 5,000 yards and 40 touchdowns, that’s just not who he is.
But rather at his best, Tannehill has shown he has to manage the game, get the ball out on time, and protect the football.
Tannehill’s numbers against the Cincinnati Bengals were pretty much on par with what he’s done all year.
He threw for 220 yards, was 15-of-24, but had three interceptions.
On the season, he finished with 21 touchdown passes and a staggering 14 interceptions.
A quick look around the AFC and it’s pretty evident to see that the future is looking bright for young quarterbacks and big offensive numbers.
Joe Burrow kept his hot streak going and threw for 348 yards, completed 28-of-37 passes and had just one interception.
Patrick Mahomes? Similar numbers in 378 passing yards, three touchdowns and completed 33-of-44 attempts.
Josh Allen? Completed 27-of-37 attempts for 329 yards and four touchdowns.
That simply isn’t what Tannehill is capable of.
It’s not his game and it never will be.
It’s clear the AFC is moving towards a very high-octane style of play and if the Titans are going to be contenders during this window of postseason appearances, it’s time to make a deal and go get a quarterback who can compete with numbers that Mahomes and Allen are posting on a game-by-game basis.
Whether it’s a deal with Russell Wilson or maybe even Aaron Rodgers, there has to be a quick movement from Tannehill if the Titans want to make a Super Bowl before the core of this team moves on.