In the middle of summer workouts, Marshall County head coach Thomas Osteen likes what he’s seen from his team so far this summer.Last Friday night, the Tigers participated in their annual media … 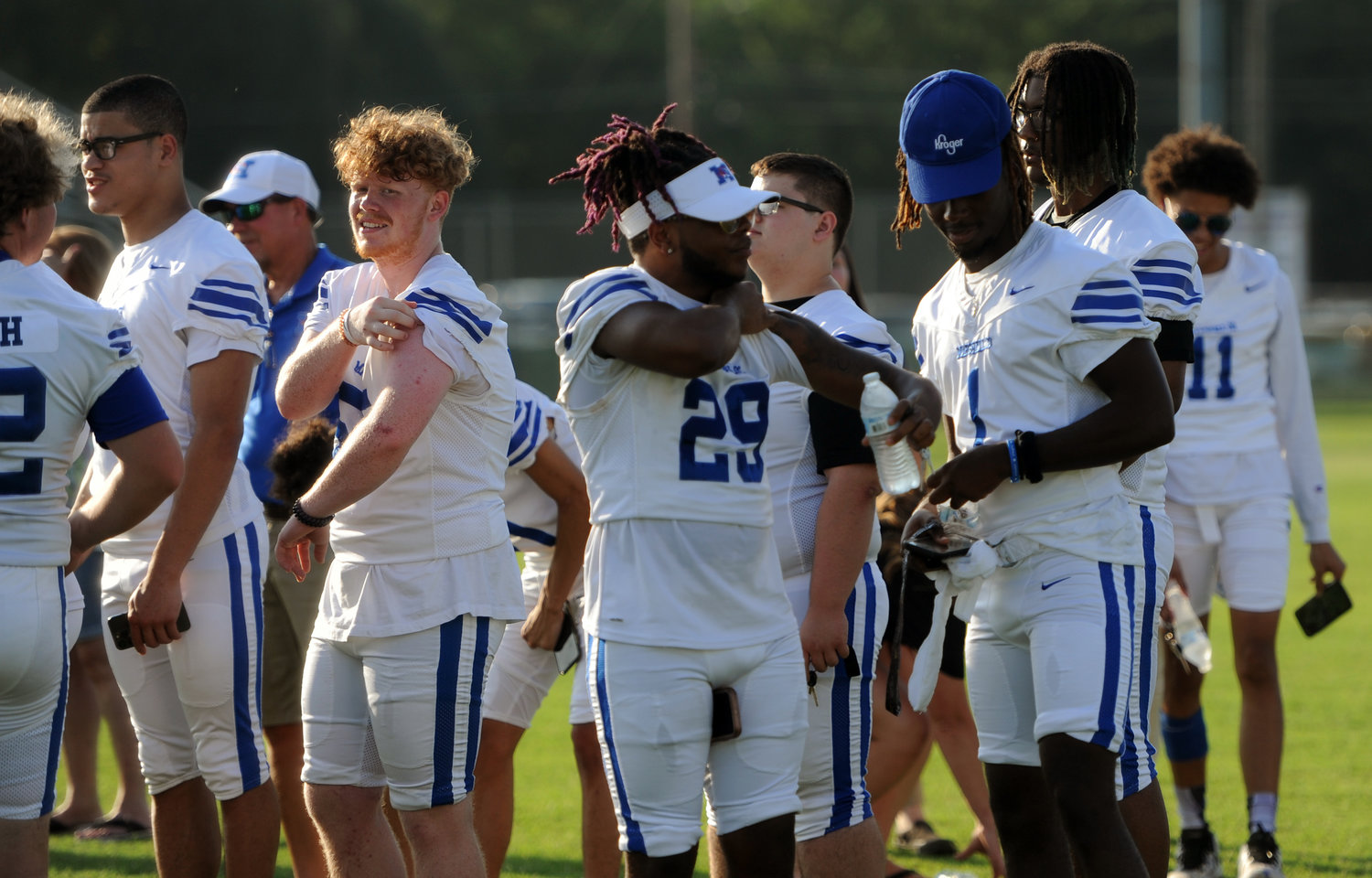 In the middle of summer workouts, Marshall County head coach Thomas Osteen likes what he’s seen from his team so far this summer.
Last Friday night, the Tigers participated in their annual media day and now set their sights on a handful of scrimmages as the calendar inches closer to kickoff of the 2022 high school season.
Highlighting the summer for the Tigers has been a senior class that Osteen feels will be the core that carries the Tigers through the season.
“I think No. 1 is we’ve got as good of leadership in our older class as we’ve had in a while. Our senior class has good chemistry and a lot of guys that have played for two years already. I feel like that’s going to give us a great core to build our team around.
“Our attendance has been good. We’ve had 81 guys be here at least once this summer, which our numbers are bigger than they’ve been probably since I’ve been here.That’s always a cool thing when you’ve got young men in your school wanting to participate in football,” he said.
With several returning players that have seen their share of snaps in the last two seasons, the focus has been a combination of both conditioning and scheme implementation during the summer work.
“We try to do a balance of it all. In some form or fashion, we’re kind of doing football year-round in the different channels you can do it in.
“We do spring practice as late as possible. After spring, we’re a couple weeks off and we’re back at it in June. In June, we’re about an hour and 15 minutes working out and conditioning, but still do about 50 minutes of football a day,” Osteen said.
“With this much experience, we’re probably a little bit farther along, scheme-wise, than we’ve been in a few years just because of our experience.”
Marshall County went 7-4 a season ago and saw a first-round Class 4A playoff exit against Hardin County.
Returning a core of talent this season, Osteen hopes the Tigers can take another step forward and build a deep postseason run.
For now, the Tigers will get in a routine of playing on Friday nights with a slew of scrimmages leading up to their August 19 kickoff against Columbia.
This Friday, the Tigers will host Fairview in a scrimmage at the school’s practice field before traveling to Coffee County next Friday.
Then, on August 12, the Tigers will host Page in a jamboree as a final tune up for the season.