Tigers pull away from Cornersville in 2nd half 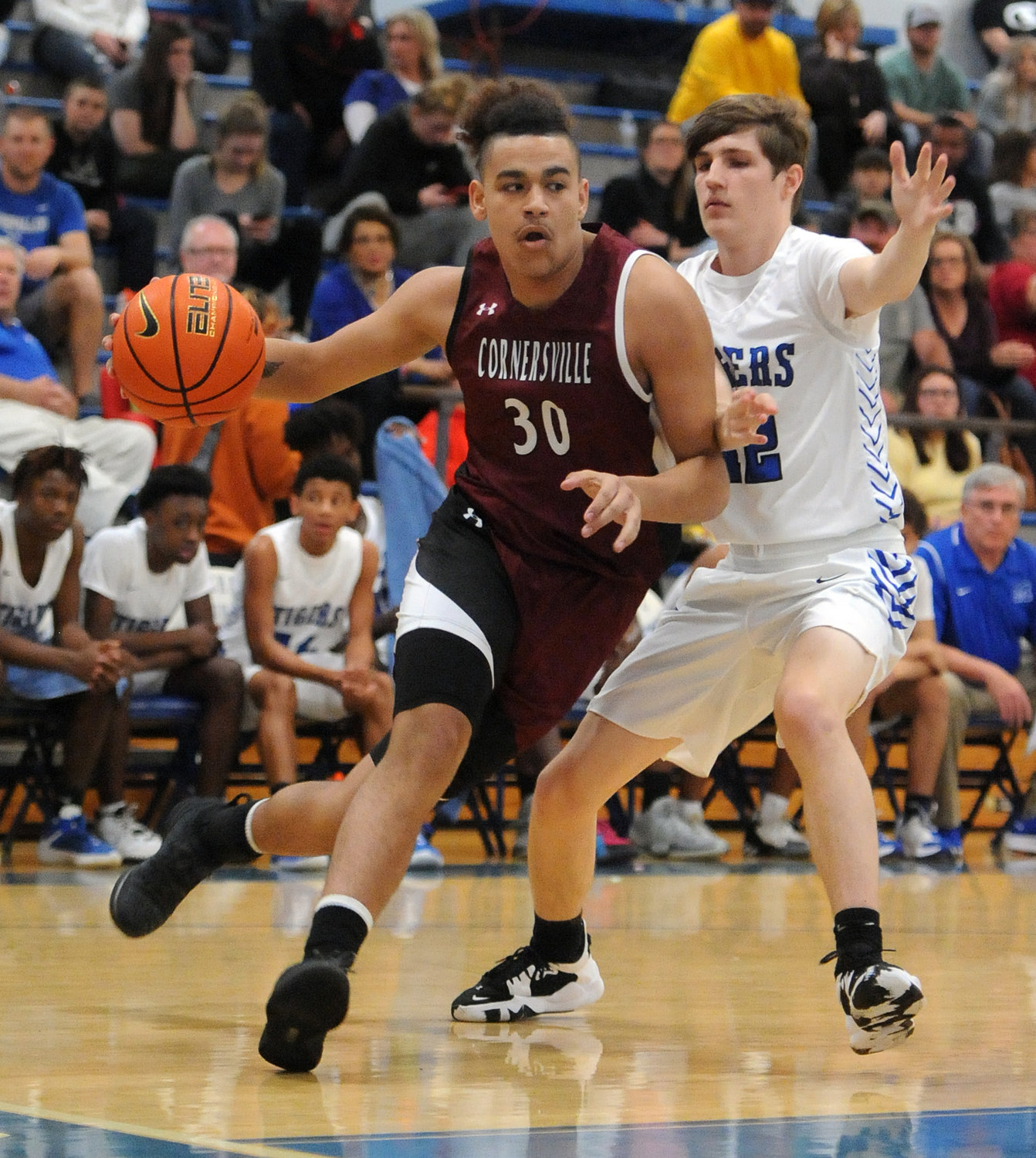 Kaden Allen drives the baseline and pulls up for a basket against Marshall County.
Tribune Photo by Chris Siers 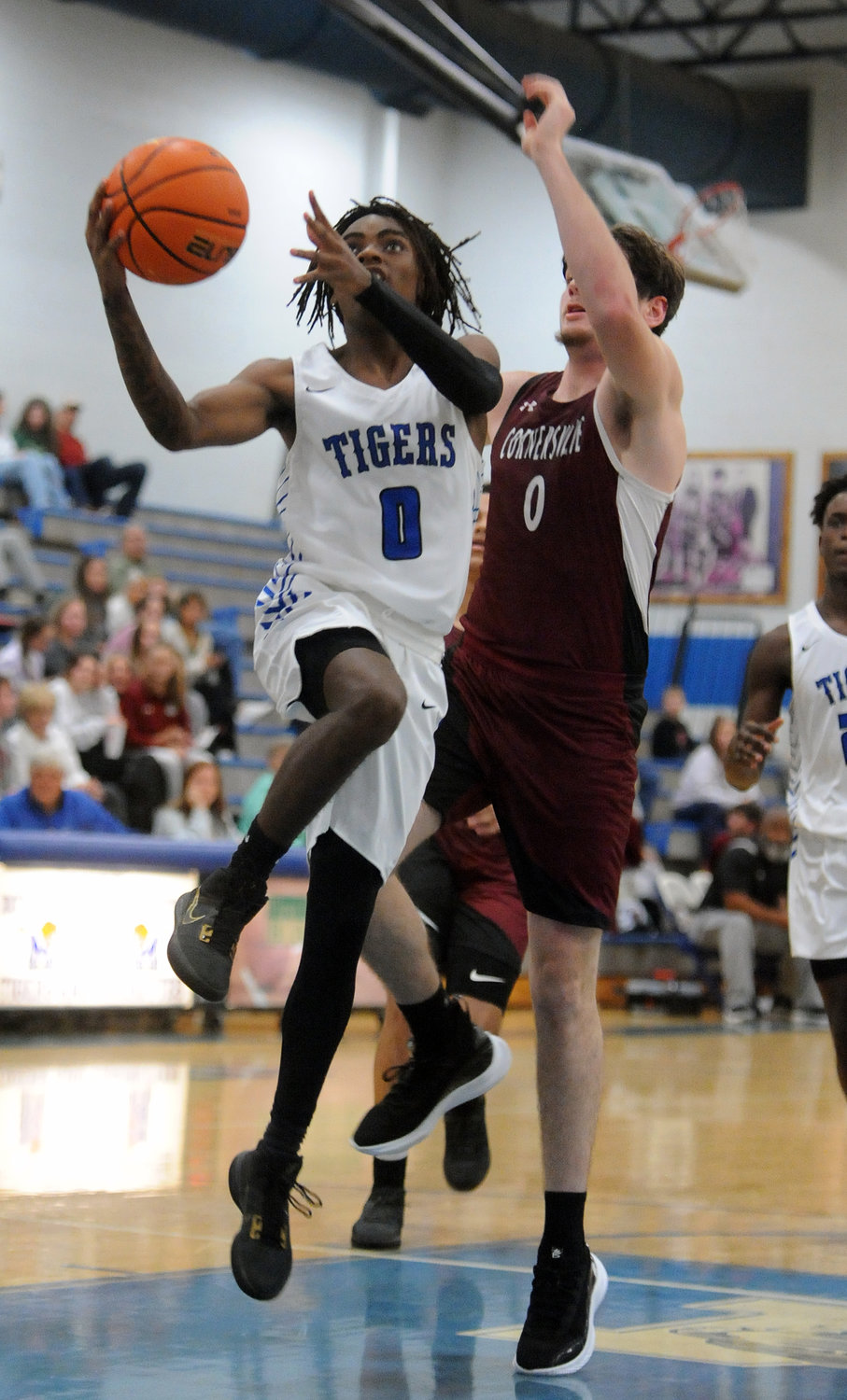 Omarion Alred pulls up for a layup to finish a fast break after a Bulldog turnover on Tuesday night. He finished with eight points for Marshall County.
Tribune Photo by Chris Siers
Previous Next
Posted Tuesday, January 4, 2022 9:31 am
By Chris Siers ~ sports@t-g.com

LEWISBURG — After a sluggish start in Tuesday night’s intra-county clash between Cornersville and Marshall County, the Tigers were able to get the offense rolling in the second half and coasted to a 45-28 victory over the Bulldogs.
While Marshall County managed just seven points in the opening frame, the Bulldogs were held to just four, with baskets by Eli Welch and Bryce Woodard.
With the two teams combining for just 11 points in the first quarter, both appeared to find some offensive traction in the second period.
Welch rattled off six of the Bulldogs’ 13 points in the quarter, but the Tigers countered with a 14-point effort disperse among five players, highlighted by a 3-pointer courtesy of Devonte Davis.
Still, the Tigers clung to a four-point lead at the half.
The game remained a closely fought struggle, with the two squads both held in single figures into the third quarter.
The difference in the game came in a decisive fourth quarter, with Marshall County piling up 15 more points.
Jayden Hart chipped in six points in the quarter, while Jamal Gentry notched seven of his game-high 11 points.
The Bulldogs were held to just four points, including one field goal by Khi Canty.
Welch was the top scorer for the Bulldogs and scored 10 points.
Only four additional Bulldogs scored against the Tigers.
While Gentry’s 11 points led the home team, Omarion Alred added eight points, while Hart and Ronnie Lyttle each added six.
The loss marks the fourth-straight for the Bulldogs who hope to right the ship on Tuesday at Zion Christian.
Marshall County snaps a two-game skid and will host Giles County in a final non-district tilt before beginning district play on January 11.