Joyce's 43-yarder proves to be game winner for Marshall Co.

CHARLOTTE — The good thing about ugly wins, they count as much as the pretty ones.On a night with several untimely penalties and a pair of crushing turnovers, the Marshall County Tigers (3-0, …

Joyce's 43-yarder proves to be game winner for Marshall Co. 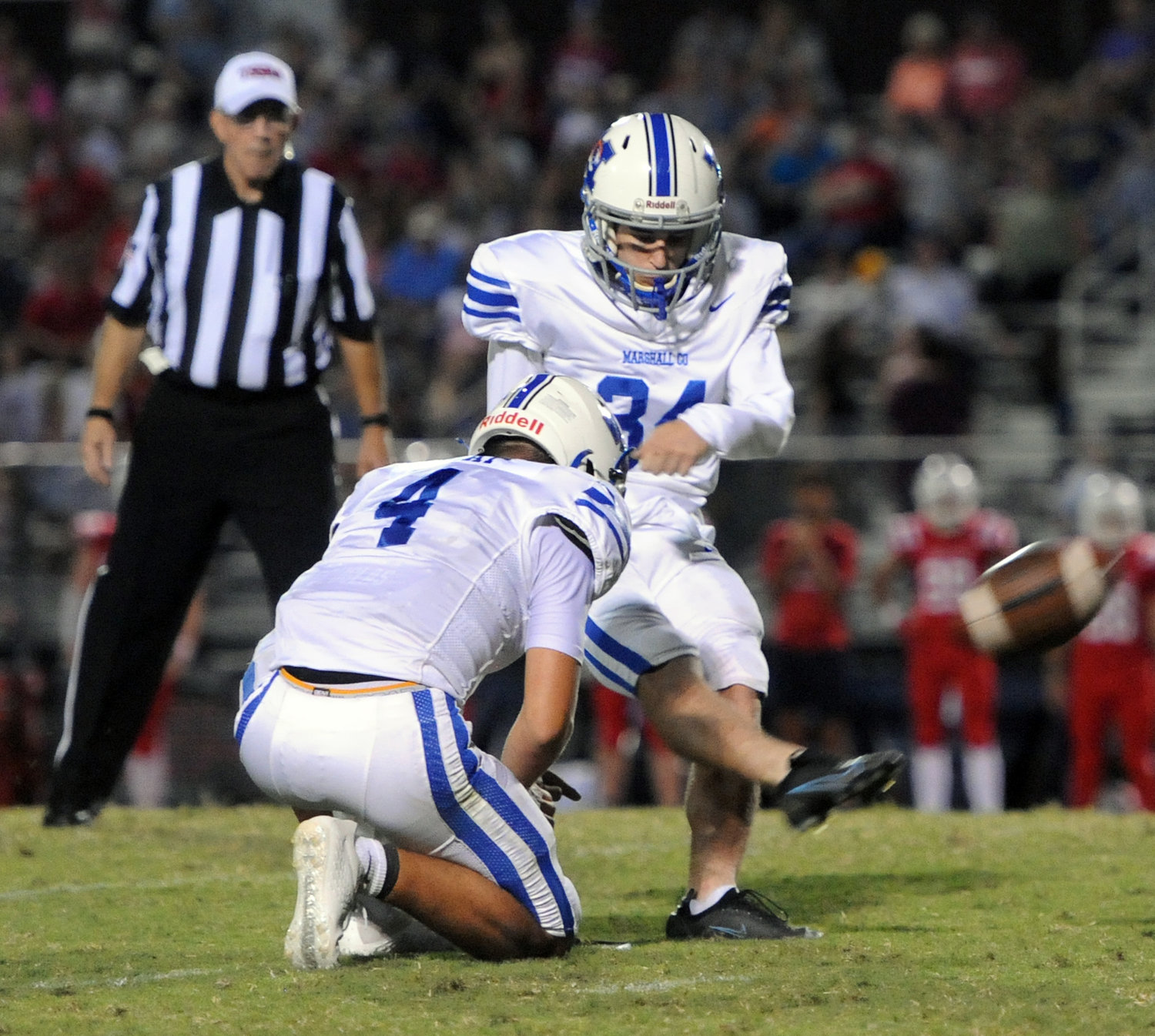 Wyatt Joyce splits the uprights on a 43-yard field goal, which proved to be the game-winner on Friday night.
Tribune Photo by Chris Siers 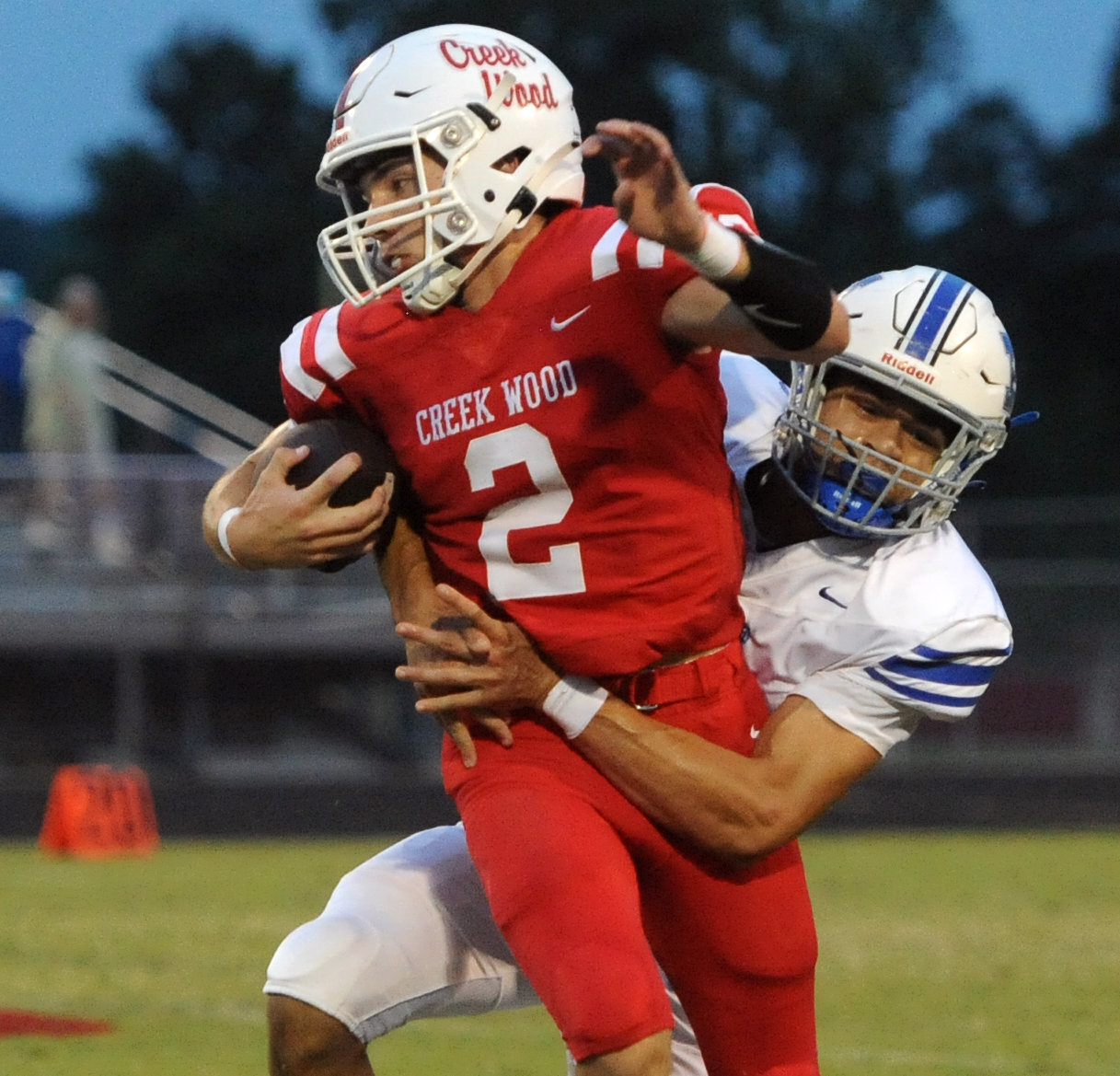 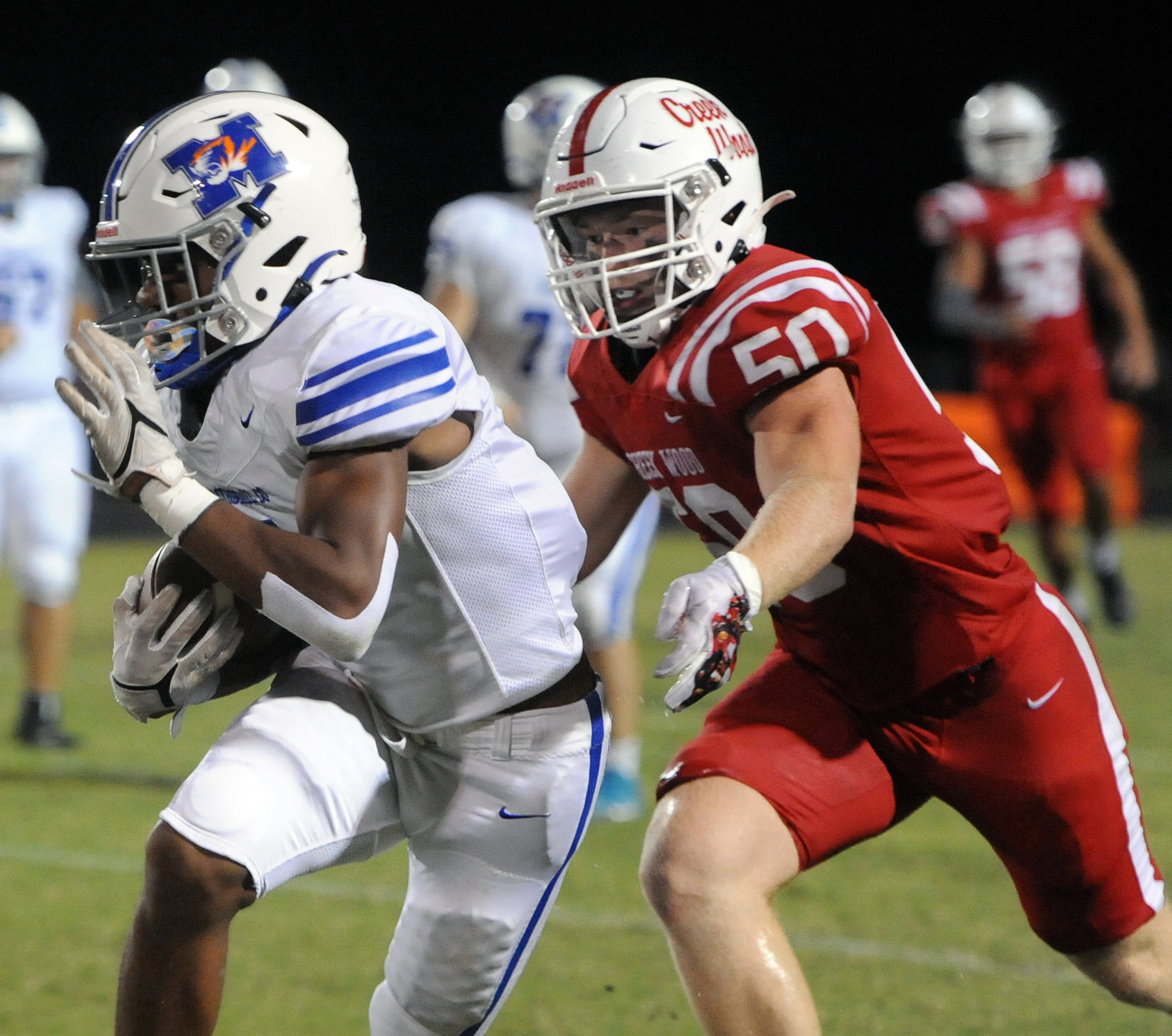 Jayden Randolph turns upfield and avoids a Red Hawk defender as he picks up a first down. He led the Tigers on Friday with six catches for 63 yards.
Tribune Photo by Chris Siers 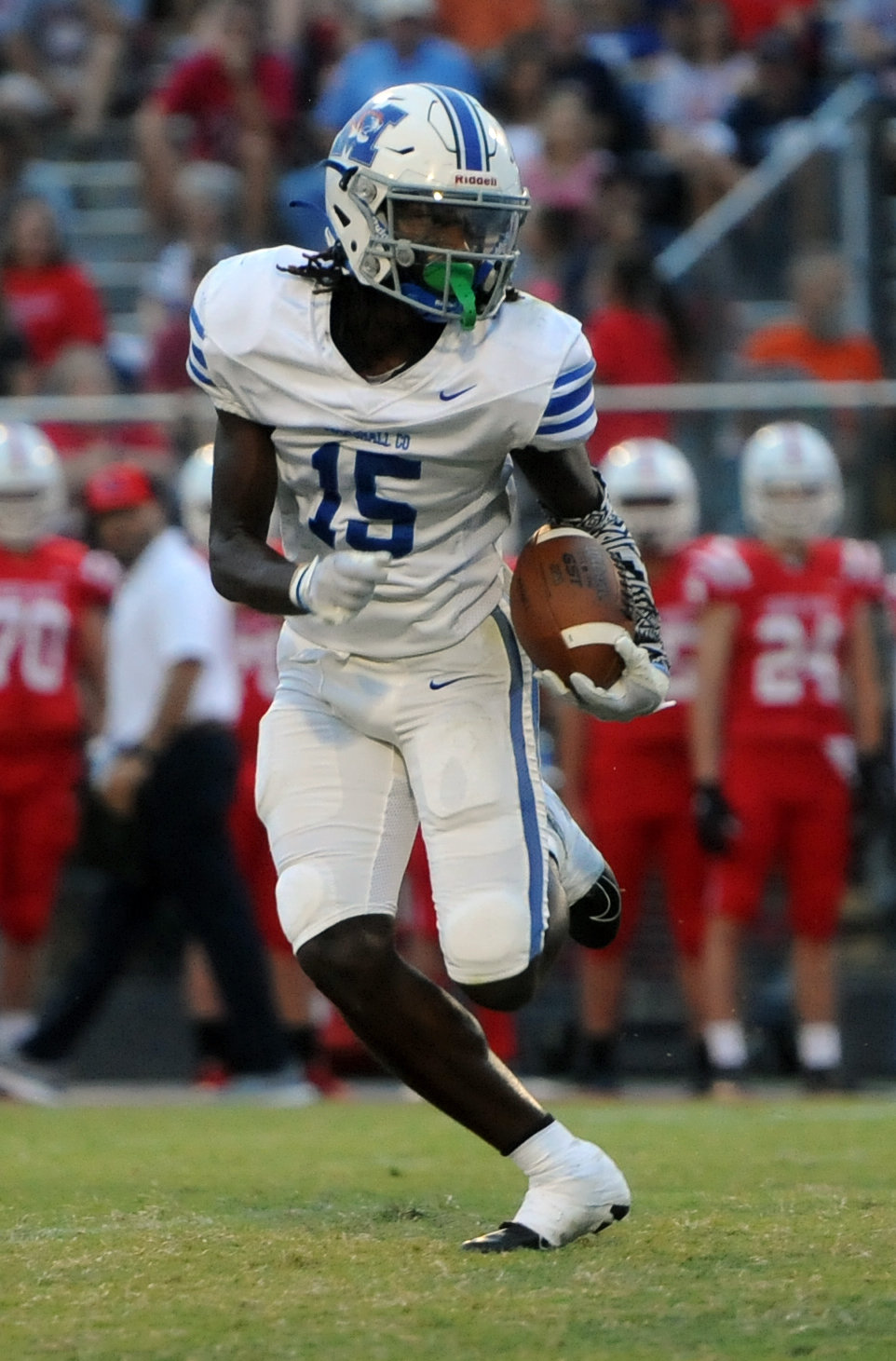 Antomme Cowthorn eyes a crease and scrambles forward for a short gain for the Tigers.
Tribune Photo by Chris Siers
Previous Next
Posted Saturday, September 3, 2022 1:36 pm

We faced a bunch of adversity tonight and that’s how it goes sometimes. On the road, playing a tough opponent in Creek Wood—they’re a playoff caliber team. We faced adversity from the very start but I’m happy we overcame it.”
Marshall County coach Thomas Osteen
By Chris Siers ~ sports@t-g.com