Uncertainty turns to reality Like all other high school football teams nationwide, there has been much uncertainty that there would even be a football season because of the COVID-19 pandemic until word came down from the governor that the 2020 campaign was given the green light... 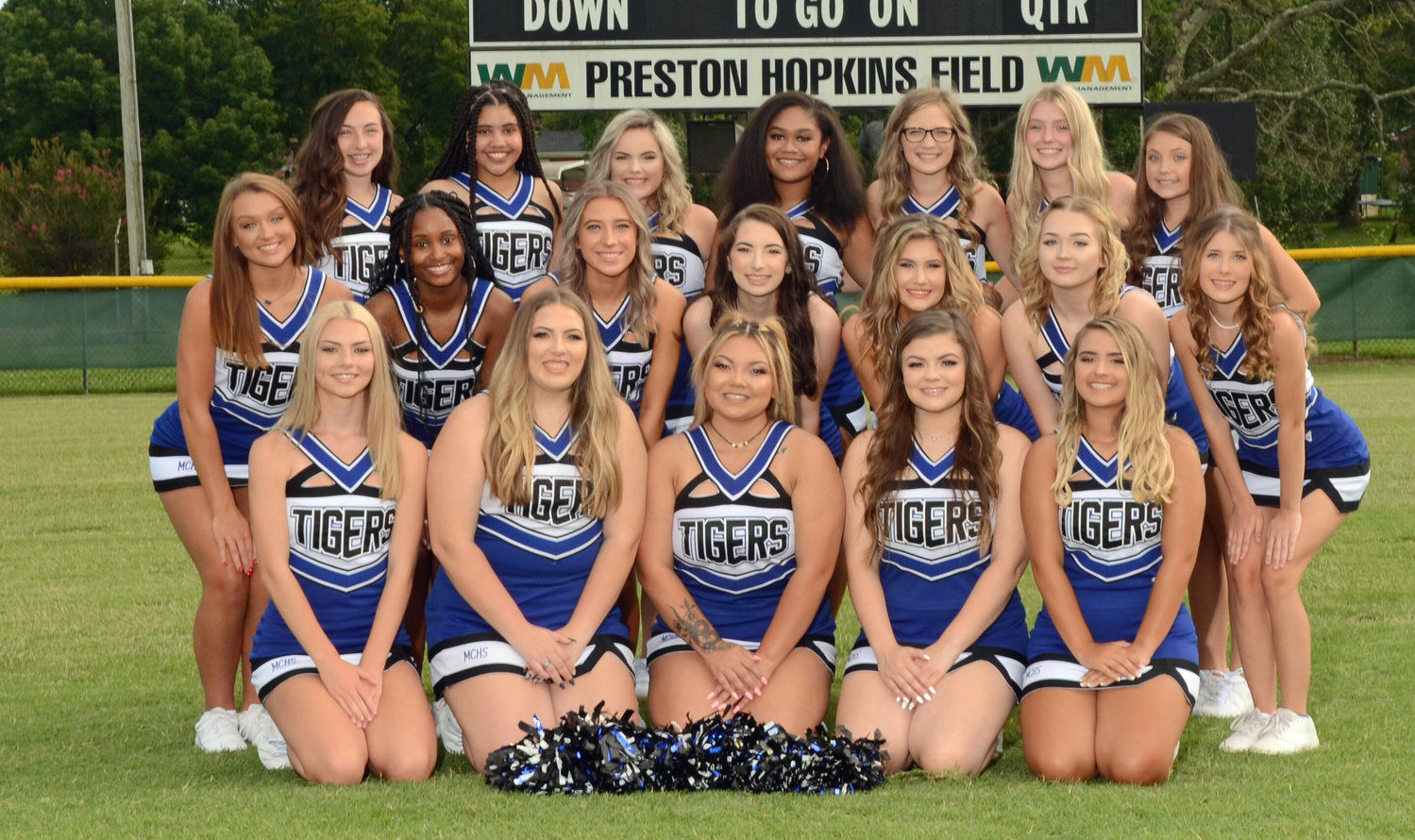 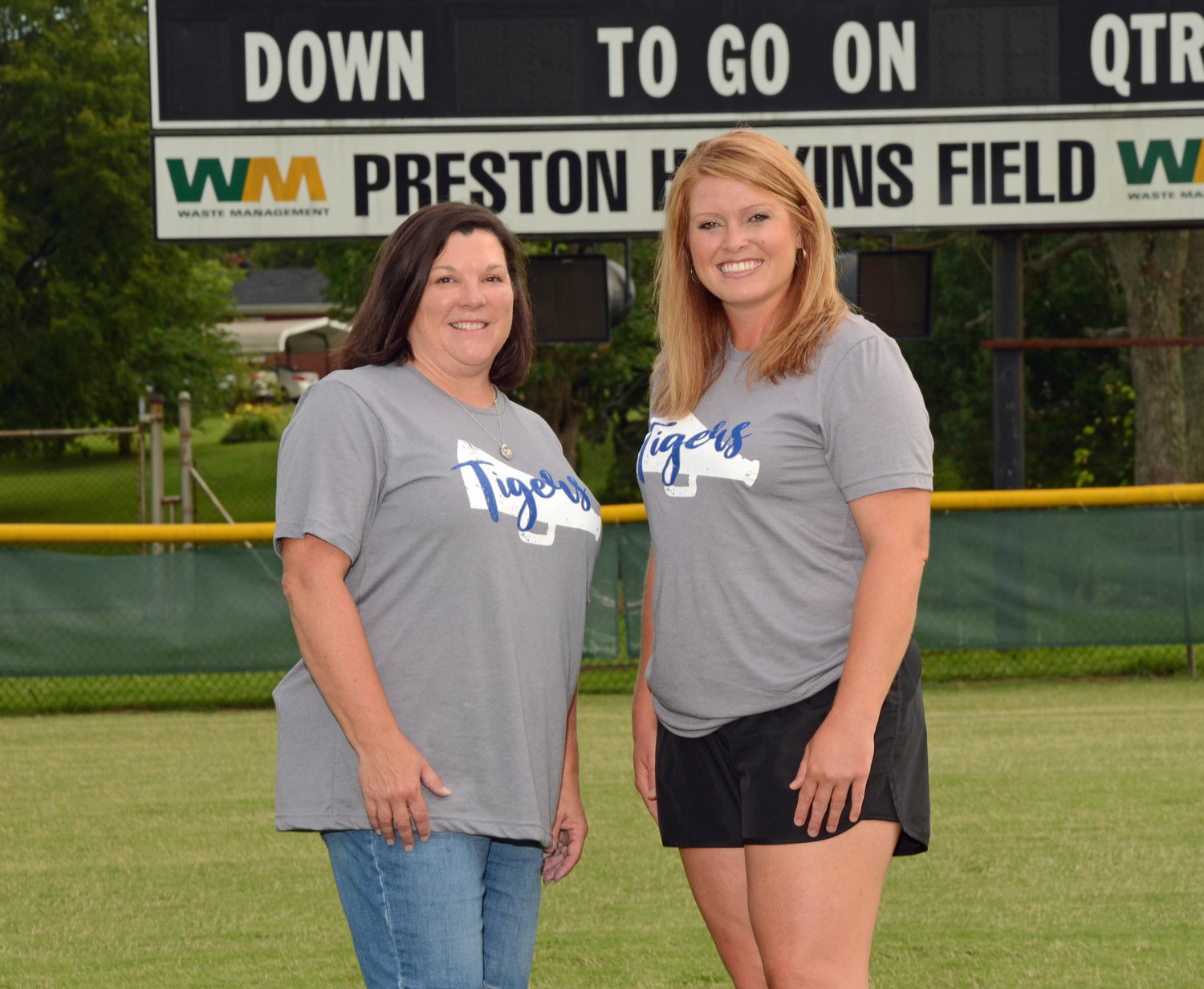 Like all other high school football teams nationwide, there has been much uncertainty that there would even be a football season because of the COVID-19 pandemic until word came down from the governor that the 2020 campaign was given the green light.

“Needless to say we were ecstatic when the governor gave the ok to resume tackle football practice.”

Osteen, who is entering his seventh season at the helm of the Tigers, talked about facing the health challenges pertaining to the TSSAA guidelines.

“We are always going to focus on what we can control,” Osteen said. “Life is 10 percent what happens to you and 90 percent how you react to it.”

“We are going to embrace all the challenges of this season no matter what form they come in.”

That first challenge came on Saturday when it was announced that the home opener versus Columbia Academy was cancelled because of COVID-19 related concerns.

“A mutual decision was reached by both schools because of concerns that arose over the validity of the game because of Covid-19 rubric protocol,” Osteen stated. “It’s miserable telling a healthy kid that’s been working like crazy all summer he can’t play in a football game because of the current restrictions applied in our society.”

MCHS had a very successful 2019 campaign that ended sooner than anyone had thought as they posted a 9-3 record, won the Region 4/4A title with an undefeated 5-0 mark, but lost a second round playoff game at Lewisburg.

The Tigers stormed out of the gate, opening up with a big 41-7 win at Columbia Academy, followed by a 31-14 win in the home opener at Preston Hopkins Field in Lewisburg, and a 30-6 win at Tullahoma to complete the first of three, three-game winning streaks.

The first one was broken by a tough 36-30 home loss to Shelbyville in Week 4 before the Tigers embarked on a three-game road swing.

In probably its toughest stretch of the campaign, the Tigers swept all three games, including a 35-20 win over Maplewood in the annual Music City tour.

The Tigers belted eventual Region 5/4A champs Springfield 42-12 before clobbering Lawrence County 48-3 in a Thursday night contest for their fifth lopsided win in a row over the Wildcats.

The Tigers returned to Lewisburg for Homecoming in Week 8, facing archival Giles County.

Weird things happen when these two teams meet and it did that night as the Tigers took a 10-7 halftime lead and blocked a field goal on Giles County’s first possession of the second half.

Two plays later, The Tigers had the ball on the Bobcats’ 19-yard line when the stadium lights went out.

After a 15 minute delay, Giles County stuffed the Tigers’ offense and took over on downs.

Both defenses held firm and with 3:46 remaining in the game, Marshall County recovered a fumble, but after much discussion and delay by the officials, the call was overturned and the Bobcats cashed in on the favor when they scored with 1:11 remaining in the contest.

Marshall County drove the length of the field in lightning fashion, putting the ball in the end zone with eight seconds left, but an illegal shift penalty negated the score and the game ended one play later on an incomplete pass.

MCHS bounced back in a big way, blasting Spring Hill 45-13 and clinched the Region 4/4A title with a 30-14 win over Nolensville in the regular season finale.

The Tigers crushed Stone Memorial 39-8 at home in the opening round of the playoffs before suffering a 28-24 season ending home loss to DeKalb County as they squandered a 10-point lead with seven minutes remaining in the contest.

Although they have lost some key players on both sides of the ball, Osteen has proven that he knows how to move forward, keeping his team focused on winning.

Osteen has the track record to back it up as he has a 56-21 overall record, a stellar 21-4 region mark, four region titles, six playoff appearances, and three consecutive state semifinals appearances from 2015 thru 2017.

“Obviously our goal is as always is to strive for excellence in all that we do and improve each week,” Osteen said. “It’s always our goal to compete for a region championship and see how good we can get our team by the end of the season.”

“I’m excited about the leadership and accountability that this senior class provides and in that I hope we will be much better prepared to handle any adversity that comes out way.”

The Tigers have made 35 playoff appearances with one state championship when they went undefeated in 1984 under the tutelage of TSSAA Hall of Fame coach Bob Edens.

Because of the cancellation of the home opener versus Columbia Academy, the Tigers will be one week behind of on-field experience when they travel to Lincoln County for their first game of the season on August 28.

“We will move forward trying to do exactly what we preach to our team on a regular basis,” Osteen said. “Focus on controlling what we can control, and that is our attitude and effort daily.”

The Tigers home opener will now be in Week 3 when they open up Region 4/4A play at Preston Hopkins Field in Lewisburg versus Tullahoma.

After a trip to Shelbyville for a Week 4 non-conference contest the Tigers host three games in a row versus Maplewood, Springfield, and Lawrence County.

As far as personal goes, the Tigers return five starters on offense and seven starters on defense.

“We also return a handful of other guys who have played a good bit of football, Osteen said. “Omari Armstrong will return to lead our offensive line and be a key anchor on defense as well and Aky Howard returns at wide receiver and has played a lot of football.”

Junior Lamarion Pierce looks like he will be the number one running back coming out of camp along with Hilton and a host of other talented players.

Junior Bryson Hammons is the starting quarterback and is coming off a good season last year when he threw for 1,796 yards with 16 touchdowns and just five interceptions. Hammons also had two rushing touchdowns.

“I look to see a huge jump at quarterback after a whole year of experience,” Osteen said.

Besides Howard, look for junior wide out Davonte Davis to have a great season as he is coming off a 10-catch, two touchdowns, 143-yard season.

Howard is the leader coming back as he caught 22 passes for 323 yards and two touchdowns, while also returning a punt for a score.

The Tigers’ defense, especially early in the season, will keep them in every game they play as they have seven returning starters on the unit as Davis and Logan McKnight are All-Region retuning players on the defensive line.

McKnight had 38 tackles (21 solo) last season with eight ending up in losses and he had one sack, four passes defended, and caused two fumbles, both of which he recovered.

The strength of the defense will be in the back end in the defensive backfield which Osteen called, “The most experienced unit on the team.”

Sheppard had 66 tackles (29 solo), one fumble recovery, one interception, and three tackles for loss.

Rolof came up with 39 take downs (20 solo), 1.5 tackles for loss, two passes defended and an interception.

Whitson had 24 tackles (20 solo), one tackle for loss, three interceptions, five passes defended, one fumble recovery, and he blocked one punt.

The Tigers have had great kickers, starting with the all-time leader in Aaron Medley, who converted 111-of-121 extra point attempts, blasted 120-of-196 kickoffs into the end zone for touchbacks, and made 20-of-32 field goals, highlighted by a 50-yarder against Spring Hill his junior season.

As a senior, Medley was named to the Class 4A All-State team as a punter

Medley was four-time all-region selection, a Mr. Football finalist, and went on to have a successful career at the University of Tennessee.

Medley also made the Tennessean's All-Midstate Team and was named to the Second Team Defense of MaxPreps Medium Schools All-American Football Team as a punter.

He was the Region 4/4A Kicker of the Year his senior season.

The beat goes on as 2019 Region 4/4A Special Teams Player of the Year Jon Estes enters his senior season as a Tiger after making 14-out-of-16 field goals last season, converting 41-of-45 PATs, and had 72 kickoffs for 4,328 yards and 36 touchbacks.

Estes, who has 83 career points, is a pre-season all-state selection and a favorite for a Mr. Football Award this season.