The Tigers, wishing to … 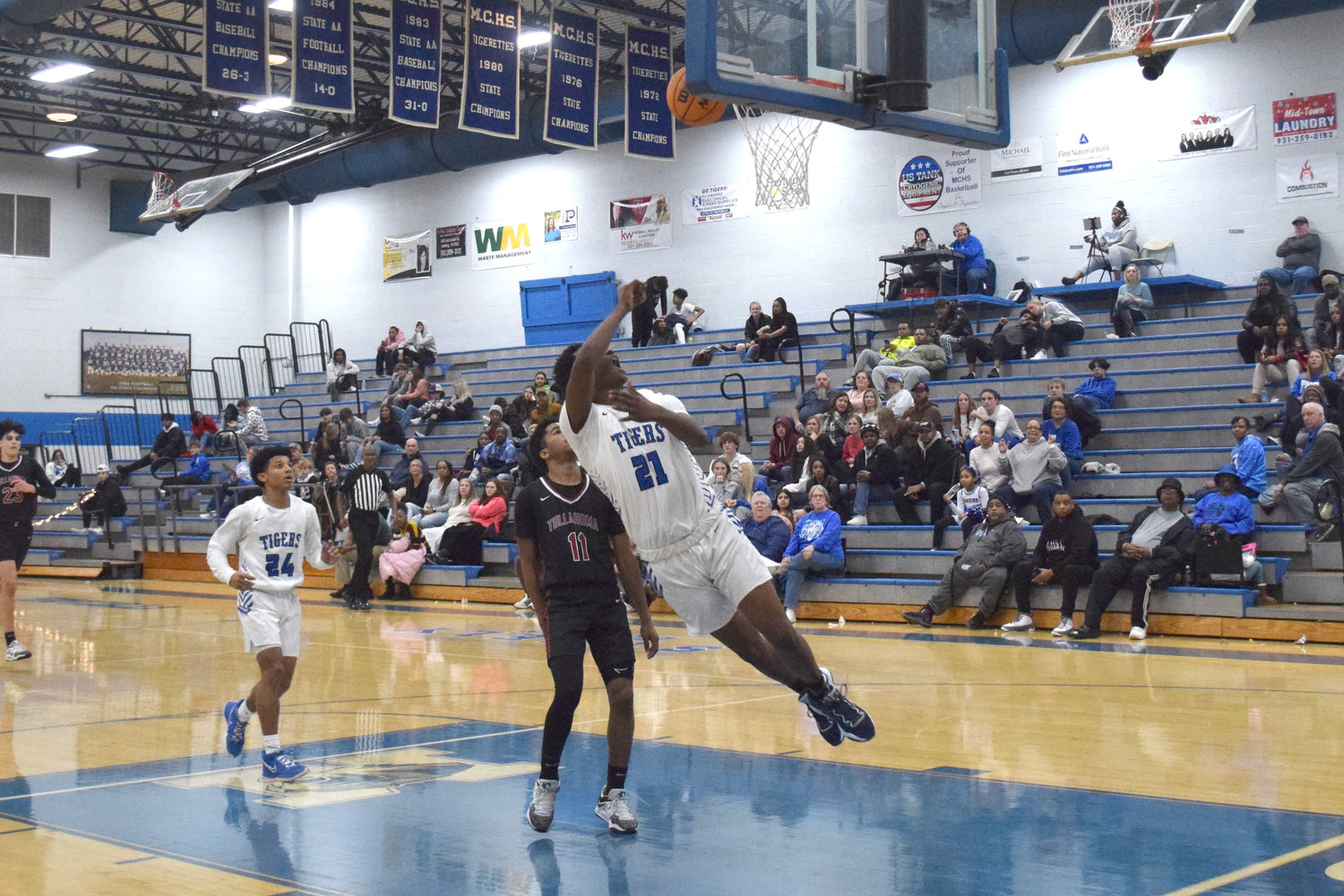 The Tigers’ Jayden Hart flings in a score.
Tribune photos by Dennis Holley 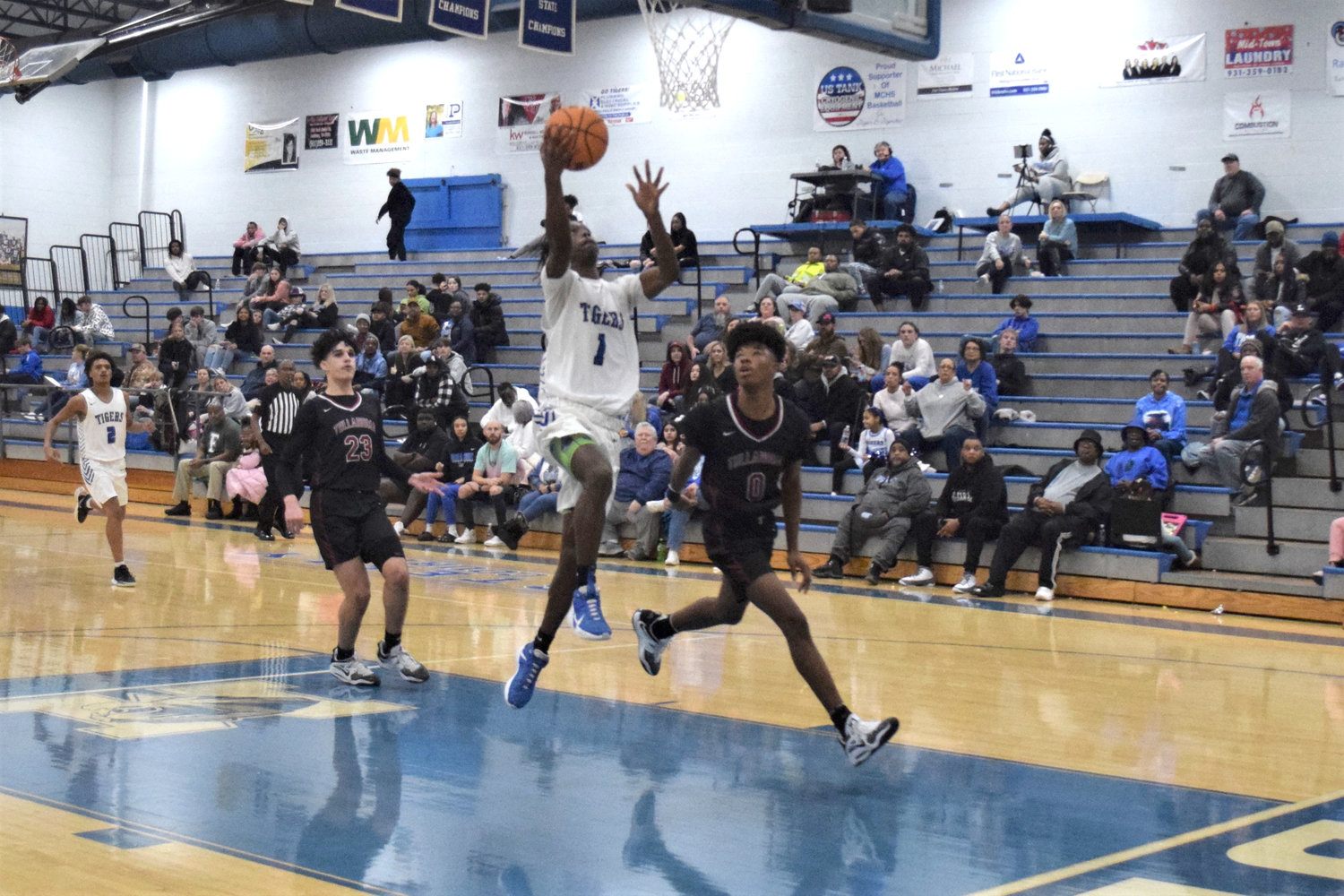 A.J. Jones goes up for a Tiger score. 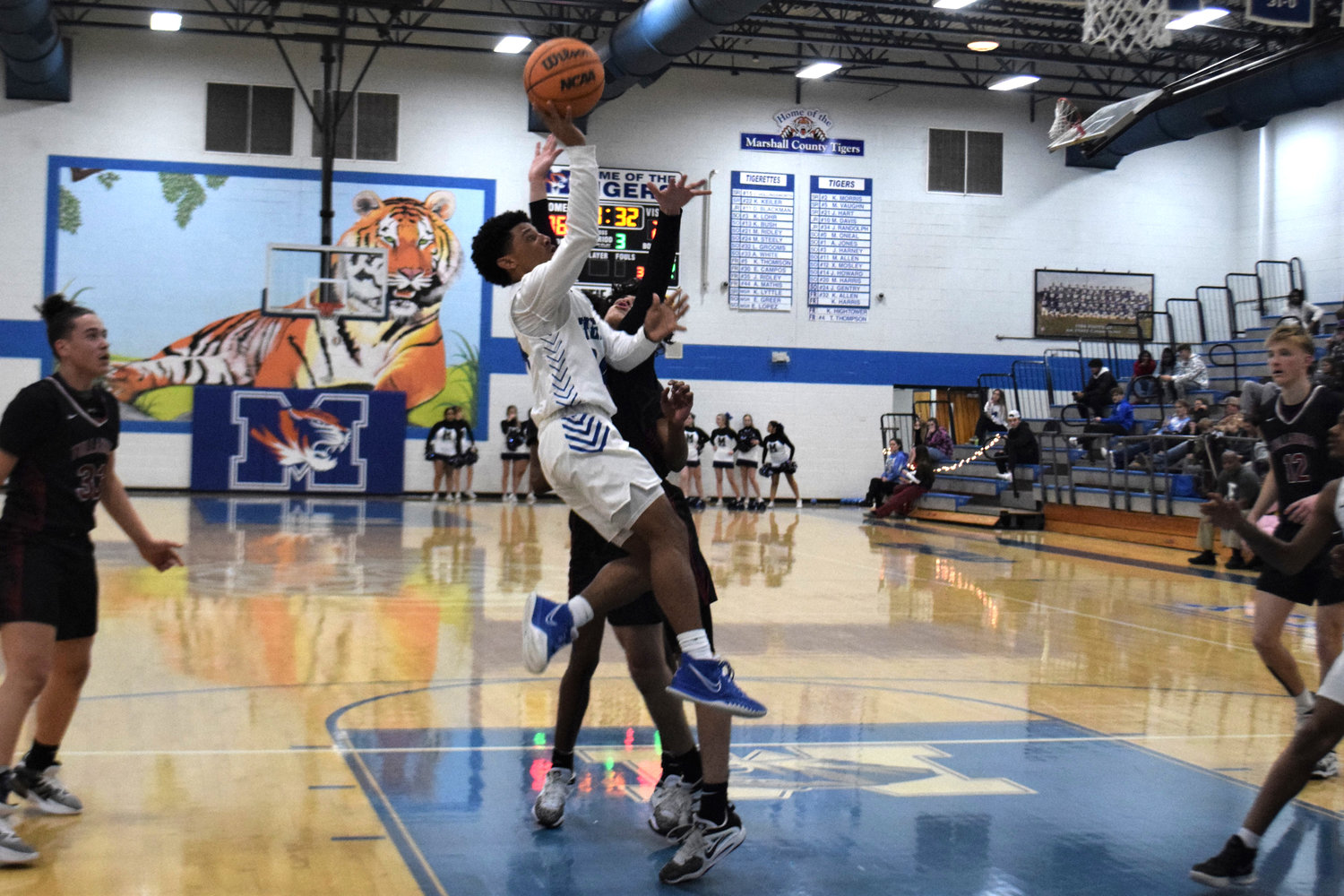 Jamahl Gentry of the Tigers flies toward the basket.
Previous Next
Posted Thursday, January 19, 2023 12:05 am
By Dennis Holley - Sports Writer

The Tigers, wishing to begin the district schedule 2-0 after a Tuesday night win at Lincoln County, held back a Wildcat team that seemed as if they are looking for that missing winning ingredient.

Tullahoma was led by Xavier Ferrell with 15 points and, Khani Johnson with 10 points.

Both teams came out ready to go, though it took a few possessions for either team to find the hoop.

Jabari Howard of the Tigers broke the silence with a three-pointer from out front.

Tullahoma answered with a bucket by Ferrell; then Kentarius Morris for MCHS drilled a three-pointer from out front of the arc to make the score 6-2.

The Wildcats answered with another Ferrell basket, courtesy of an assist by Deandre Jenkins.

Marcus O’Neil buried a three-pointer for the Tigers and Ferrell answered for the Wildcats.

Jones, displaying his quickness and athleticism from the football field, scored a basket with an assist from O’Neal, then scored two more from an offensive rebound and the score stood 13-6 Tigers.

Johnson sank a three-pointer but Jones scored again on a muscle drive to the basket scored again to make the score 15-9.

Bryson Steverson of Tullahoma scored on a low post basket and then sank the free throw to make the score 15-12, a score that held up until the end of the first quarter.

Baskets by Malik Grizzard and Grant Chadwick pushed the Wildcats into the lead, 16-15, but O’Neal sank one of two free throws to tie the game at 16-16.

Johnson sank a basket to put the Wildcats in the lead 18-16 but Hart with a nice assist from Gentry, re-tied the game at 18-18.

Tullahoma’s Chadwick answered with a basket but back-to-back treys from O’Neil and Gentry put the Tigers back in front 24-20 and causing a Wildcat time out at the 1:43 mark of the second quarter.

The third quarter saw the Tigers hold their own as the Wildcats came out ready to up the action, using baskets by Jenkins and Grizzard, but MCHS countered with two baskets by Gentry and one from Hart.

Jayden Sanchez came alive for Tullahoma with a basket, a three-pointer and two free throws.

Jones asserted his presence by knocking down three baskets and two free throws in the quarter.

The Tigers led 44-37 after three quarters.

The teams swapped baskets and at the 6:31 mark of the fourth Tullahoma called time-out with the score 48-39.

MCHS came out of the timeout with a five-point run as Harney and Hart sank baskets and Hart made one of two free throws to place the score at 53-39.

The Tigers then weathered the answering Wildcat storm that took the scoring to the free-throw line as the Tigers cashed in when Tullahoma was forced to foul, but MCHS’s Hart made four of five, Gentry made two of three, Howard made three of four and O’Neil sank three of four free throws as the Tigers held the Wildcats at arms-length for the rest of the game.

“The kids played hard, we were out-sized but we battled and we contributed,” Tiger coach Lavon King said. “The big thing I liked was we had five players in double figures, that always helps because they can’t focus on one player. We have some things to work on but the season is young. I am especially proud that the guys responded to the physical challenge.”

The Tigers host Lighthouse Christian of Antioch Saturday night, then travel to Spring Hill for another District 8-3A contest next Tuesday night.