The Marshall County Tigerettes got a great start from Haylee Hobby, but couldn’t get the needed offense to back her and fell, 3-1 on Monday night.“I thought Haylee did a really nice job … 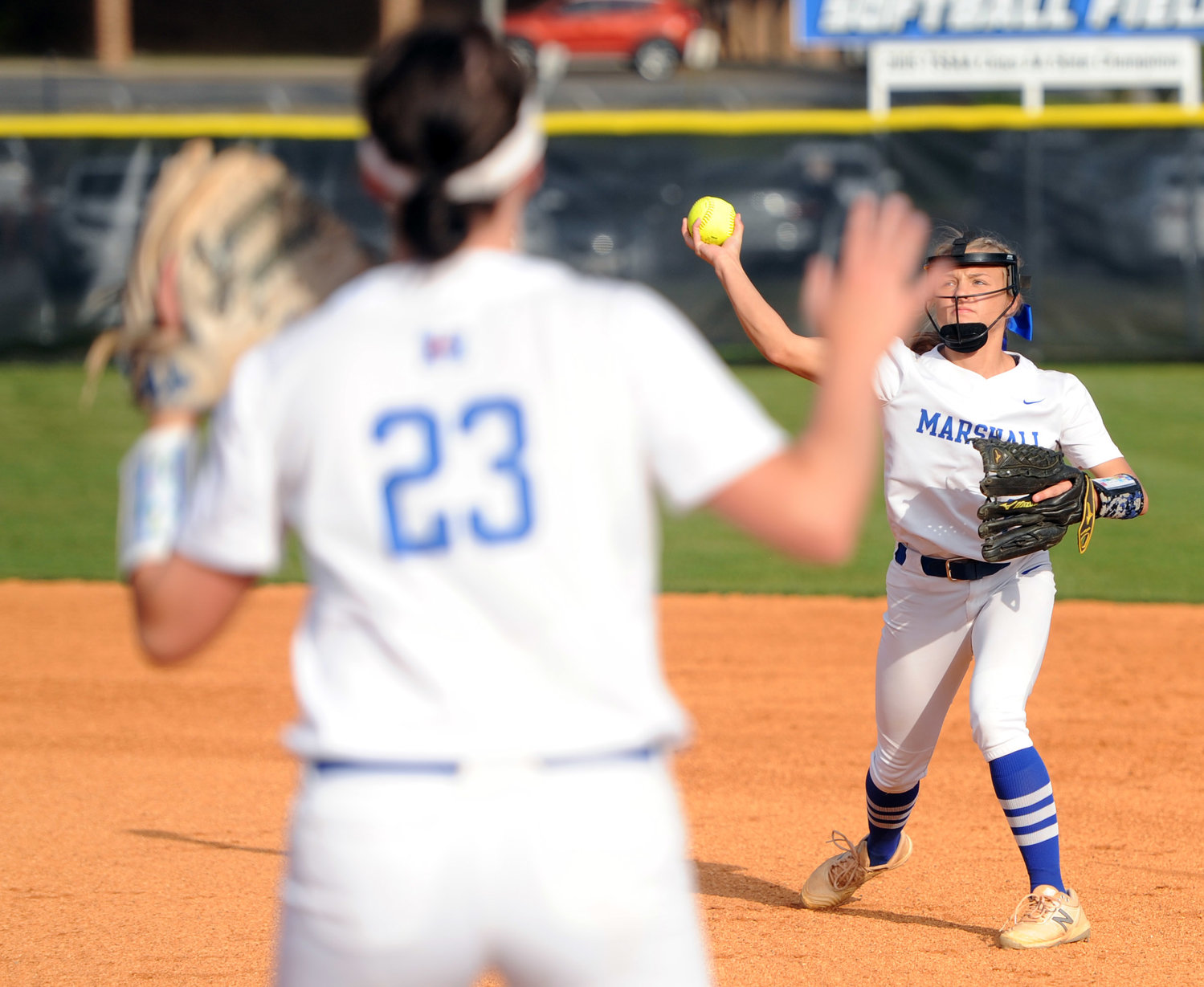 Second baseman Courtney Lynch fires the throw to first baseman Mallory Woodward for the out.
Tribune Photo by Chris Siers 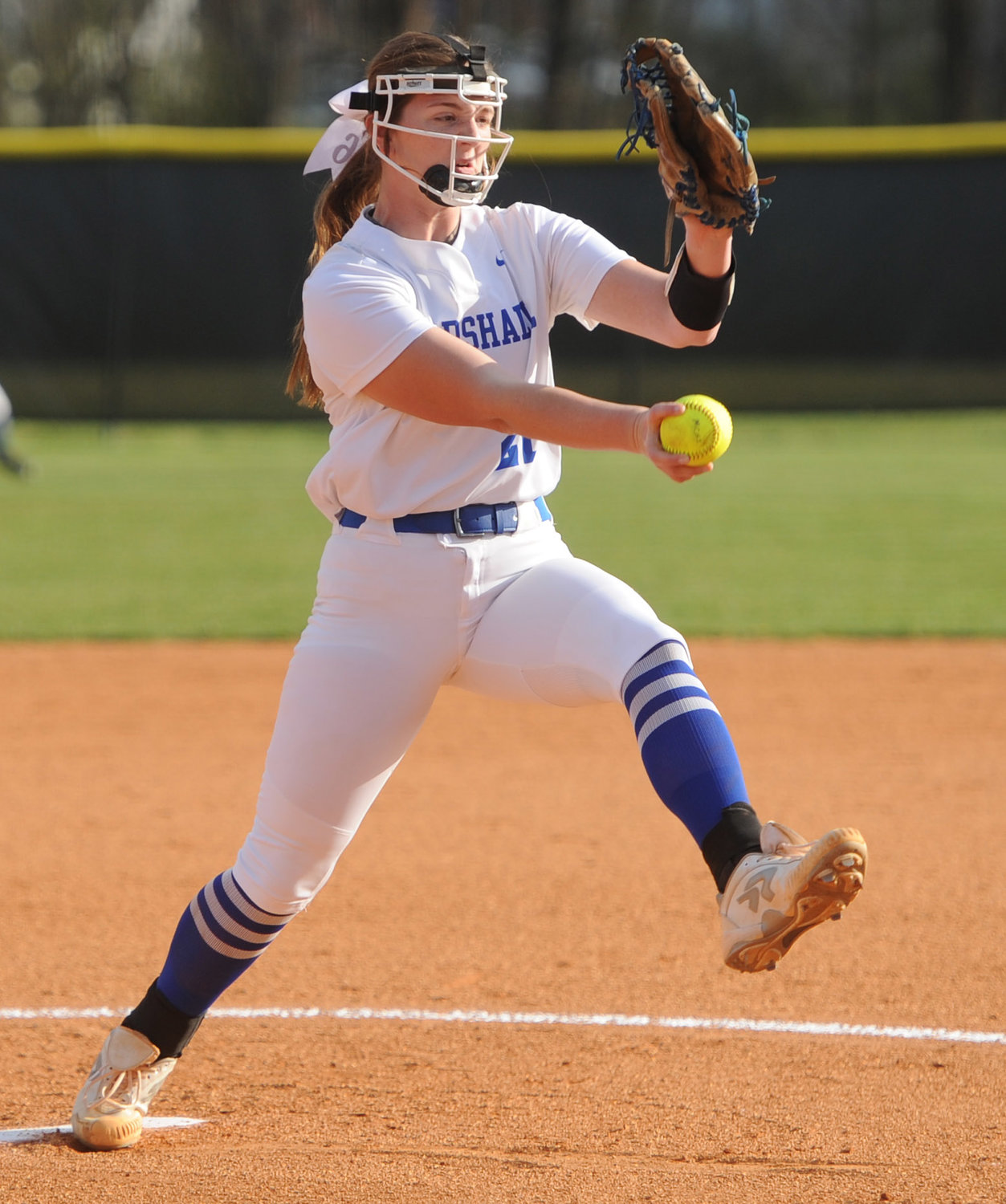 Haylee Hobby winds up and delivers a pitch for the Tigerettes in the first inning. She went six innings and struck out two against the Lady Bobcats.
Tribune Photo by Chris Siers 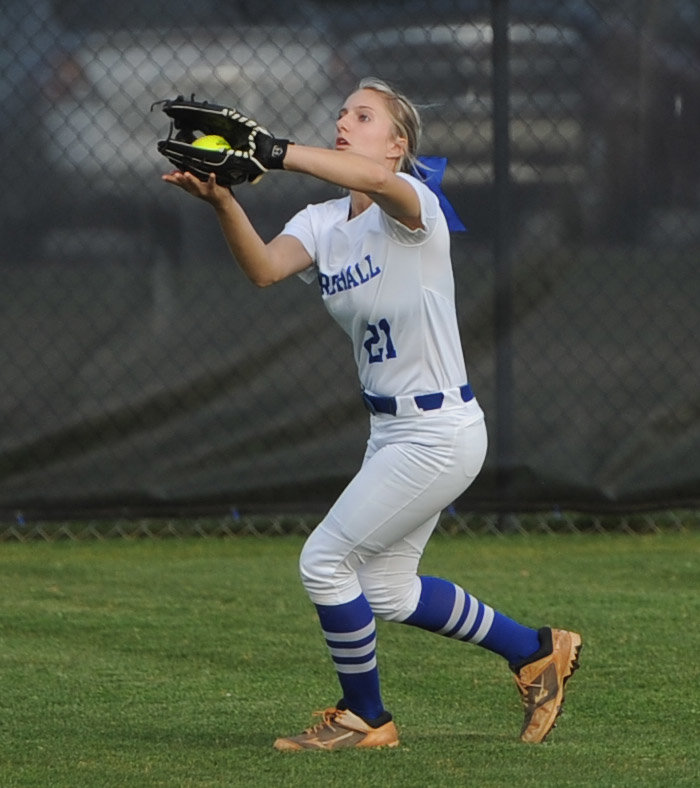 The Marshall County Tigerettes got a great start from Haylee Hobby, but couldn’t get the needed offense to back her and fell, 3-1 on Monday night.
“I thought Haylee did a really nice job on the mound. She definitely gave us plenty of opportunity to keep the game close enough for us to come out on top. She was able to hold them to two hits and had no walks, so I think she pitched really well,” Tigerette coach Amy Bonner said.
Giles County didn’t manage a baserunner against Hobby until a two-out single broke up the no-hitter in the third inning.
The Lady Bobcats threatened with a second single to put two on with two outs, but a second strikeout of the inning by Hobby stranded the runners on base.
Like the Lady Bobcats, the Tigerettes struggled at the plate through the early innings and didn’t connect on a single by second baseman Courtney Lynch.
Giles County plated the game’s first run on a RBI single in the top of the seventh inning.
The Tigerettes responded in the bottom of the inning after Jessa Lancaster reached via error.
She stole second and later scored on a RBI single by Ellie Luce, forcing extra innings.
In the top of the eighth, however, the Lady Bobcats drove in two runs on three-straight hits to take the 3-1 lead.
With the battery in the top of the lineup in the bottom of the inning, Marshall County just couldn’t come up with the offense and struggled in the final frame, going 1-2-3 to end the game.
As a team, the Tigerettes connected on just three hits, with Lynch, Luce and Kaniyah Taylor all connecting on singles.
“Unfortunately, our offense struggled getting the bats rolling early in the game. I know the kind of power our offense has and what the team is capable of, so we will continue to make adjustments to get our hitting back on the right track,” Bonner said.
Hobby went six innings and pitched well enough to earn the win.
She gave up just two hits and struck out two, while relief pitcher Taylor Pickle pitched the final two innings and allowed three runs on four hits.
The Tigerettes are scheduled to be back in action this afternoon, weather pending, facing Lincoln County at 7 p.m.