Tammy Sue Ross, 53, a resident of Lewisburg, passed away Friday, July 29, 2022, at her residence, surrounded by her children.

Known as Ms. Tammy by all her non-biological children, she was born on … 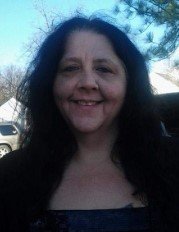 Tammy Sue Ross, 53, a resident of Lewisburg, passed away Friday, July 29, 2022, at her residence, surrounded by her children.

Known as Ms. Tammy by all her non-biological children, she was born on Oct. 5, 1968, in Knox, IN, and was the daughter of the late William Gibb Ross and the late Alva Dean Davis Ross. Although she was a single mother for many years, she was a hard worker and always made sure to provide for her family. She enjoyed working puzzles, and her passion was music, whether it was creating music, singing karaoke, or playing the piano. Tammy was a devoted Christian and had strong faith in the Lord. Above all, she loved her family, especially her children and her grandchildren, who affectionately called her “MiMi.”

In addition to her parents, she was preceded in death by her siblings, Billy Ross, Bob Horon, Joe Horon, Annette Wilson, Pam Fitchett, and best friend, Thressa Stine.

“You are always in my thoughts, your love is still my guide, and though I cannot touch your hand, I know you are by my side.”

“Just be watching for the purple butterflies.” Celebration of Life coming soon.

Heritage Funeral Home in Columbia is assisting the family with arrangements.