Swift selected to play in Nashville All American Bowl

NASHVILLE — Though it turned out to be a short-lived stent at Lipscomb Academy Saturday, Forrest High School senior football player Tayton Swift accompanied Team Blaze in the 2023 Nashville All …

Swift selected to play in Nashville All American Bowl 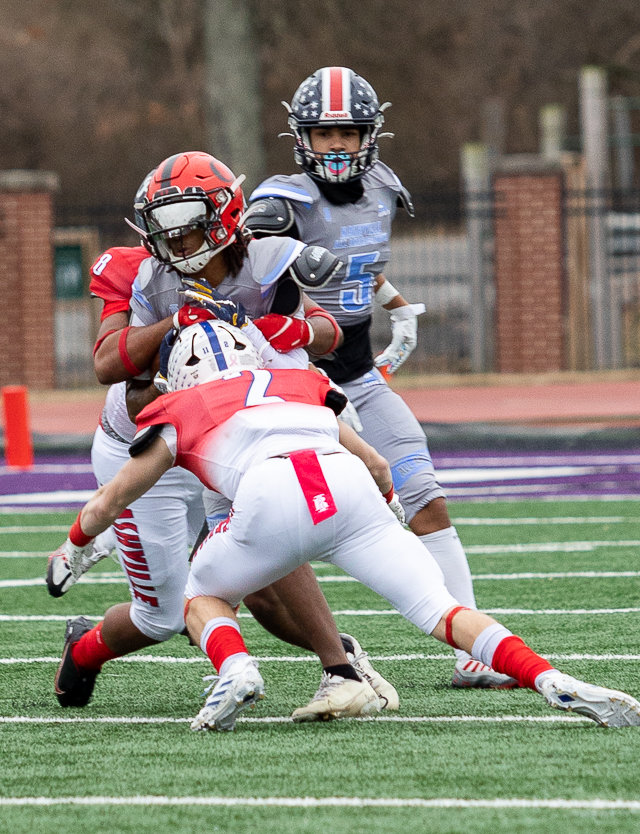 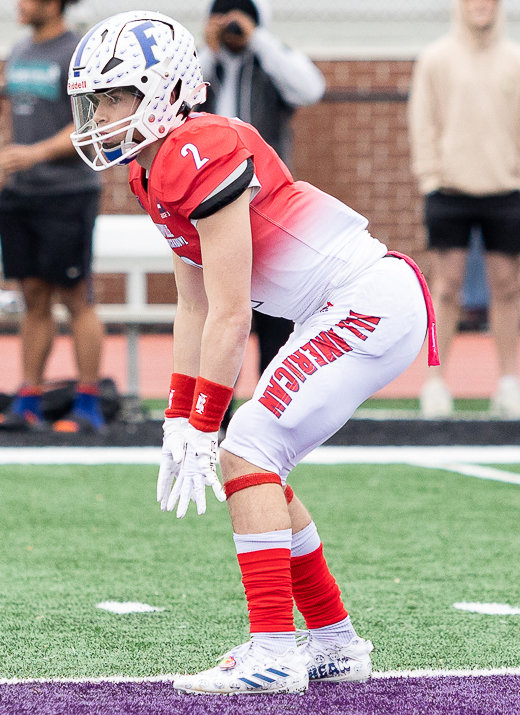 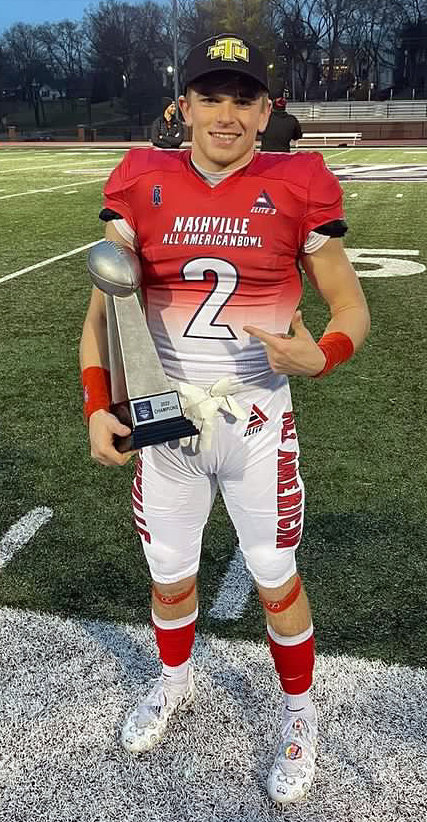 NASHVILLE — Though it turned out to be a short-lived stent at Lipscomb Academy Saturday, Forrest High School senior football player Tayton Swift accompanied Team Blaze in the 2023 Nashville All American Bowl, where they faced off with Team Ice, Blaze coming away with the 28-21 win.
“It means the world to me being selected by my peers,” Swift said.
“It means a lot because it means they believe in me as much as I believe in myself.”
The Nashville All American Bowl is the premier postseason all-star football game for high school seniors in the southeast region.
“Our coaches are from Overton (High School) and Lipscomb Academy, so it’s a big rivalry for them already,” Swift said.
“I got picked to be on the Overton team, Team Blaze. We’ve done a lot of preparing throughout the week, waking up at 5 a.m. and not going to bed until after midnight. We’ve had a lot of team bonding and getting to know each other. There are a lot of nice guys from a lot of different places.”
Swift, who has been well-known for his offensive play at Forrest, held down the safety position for Blaze.
Unfortunately, only a minute and a half into the second quarter, Swift left the game with an ankle injury after giving Team Ice a hard hit, forcing a fumble that Blaze recovered.
He will continue his football career at Tennessee Tech in the Fall, where he will likely remain in a defensive role.
“The biggest next step for me is, of course, getting this ankle back where it needs to be and getting ready for my next bowl game in Tampa, the Blue-Grey All American Bowl,” Swift said.
“After that I am just striving to get better and get ready for college football. Tech really needs the young guys that are coming in and they said I could be a possible starter my freshman year, so I have to work hard to get there.”
Now that collegiate players have the right to pursue NIL, Swift has goals around that, too.
“I guess the last thing is just working toward NIL, it’s a big thing with high school and college athletes nowadays, so I want to be able to get my name out there.” NIL gives players the right to accept money from businesses in exchange for using them in products or advertisements and can also promote themselves or other companies in public appearances.
Swift will be back in action in the Blue-Grey All-American Bowl, which will be broadcast on ESPN3 at noon on January 30.