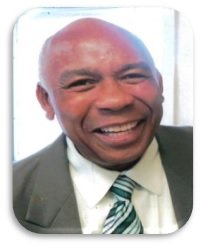 Bernard was a graduate of Jones School in Lewisburg where he played football. After graduation, Bernard joined the army and served our country in the Vietnam War. Bernard found the love of his life, Gail Ray, and the two soon became one. Gail and Bernard would have celebrated 59 years of wedded bliss on Dec. 26, 2022. Out of this union, two handsome men were born, Delwin and Dionne.

Bernard retired from L&N-CSX Railroad company. After his retirement, he became obsessed with motorcycles. He and his sons had several motorcycles and he loved spending time at the race track with his sons.

Celebration of Bernard’s life was held Wednesday, Nov. 9, 2022, at Liggett St. Church of God with Interment at Cook Cemetery. Services were in the care of Nelson & Sons Memorial Chapel (931) 685-4200 www.nelsonandsons.net