It was a shaky start for the Rockets in the first … 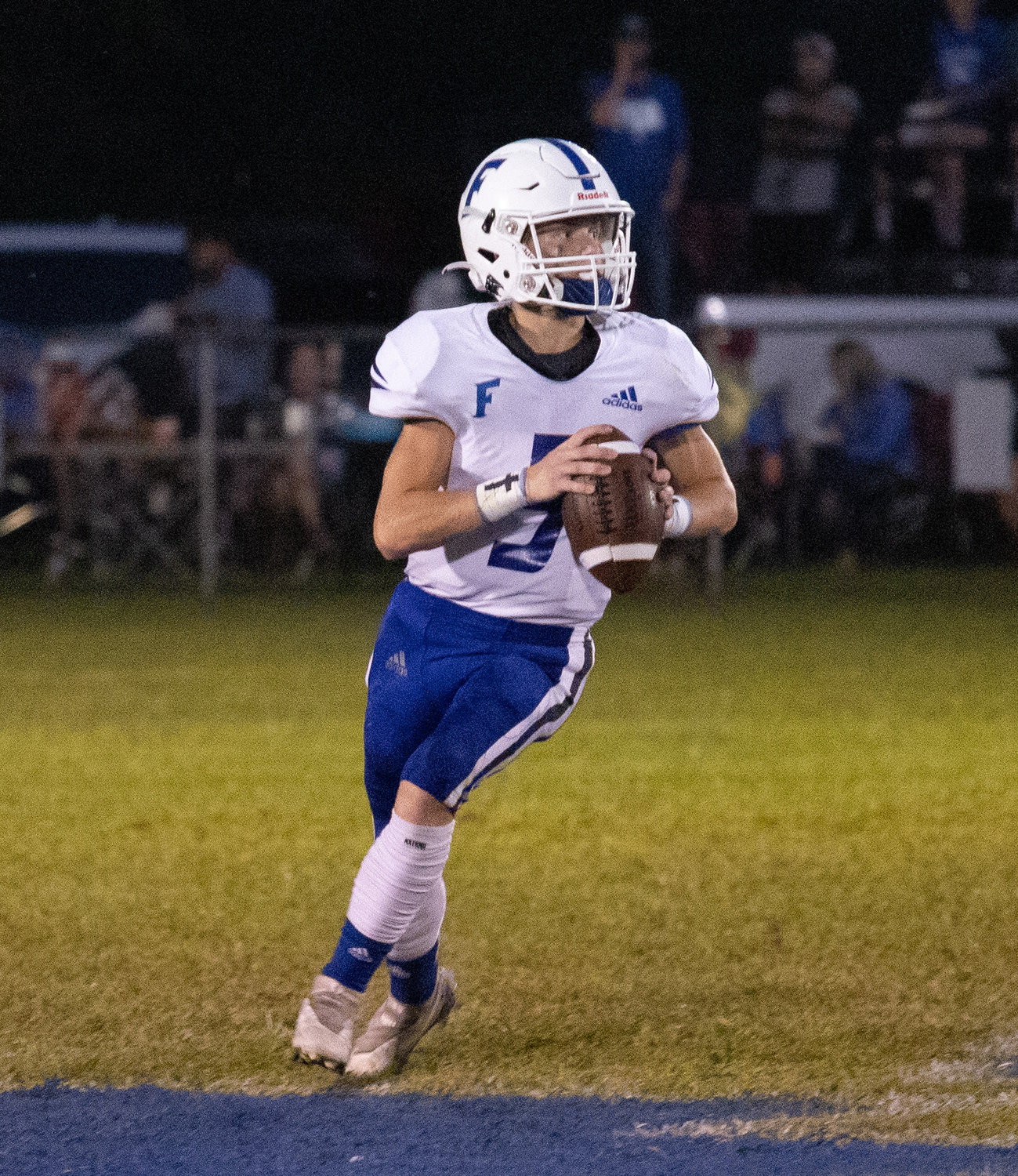 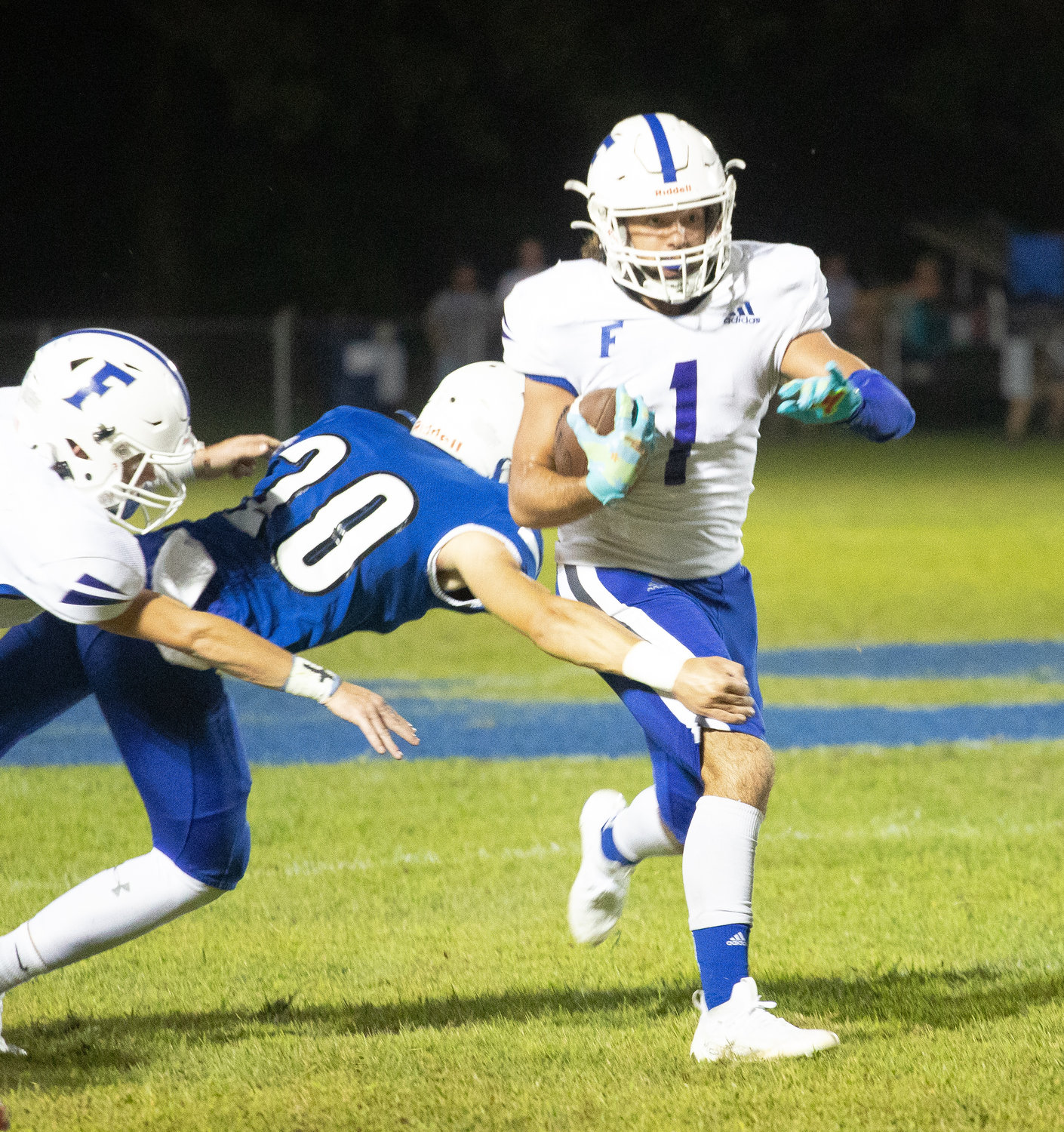 Chris Davis advances for the Rockets.
Previous Next
Posted Wednesday, September 21, 2022 4:00 pm
By Kacy Kincaid - Sports Writer
The Forrest Rockets (3-2, 1-1) traveled to Summertown (1-4, 0-2) Friday night to take on the Eagles in a region matchup, picking up a 17-9 win.
It was a shaky start for the Rockets in the first half. Forrest turned the ball over on downs in their first possession, allowing the Eagles to strike early with a good field goal attempt.
Tayton Swift and Liam Bell worked the ball to the Eagles 44 yard line on the next possession, where Ryan Hill found Reggie Pearson on a 12-yard pass. Unfortunately for Forrest, they weren’t able to convert on a field goal attempt.
Heading into the second quarter, with the Eagles up 3-0, Summertown punched one into the end zone to extend the lead to 9-0.
The Rockets continued to struggle to get the ball up the field, being forced to punt on their next possession.
But the tide started to turn in Forrest’s direction when Landon Groenveld recovered an Eagle fumble, turning it into a touchdown. After adding the Gavin Grissom kick, the Rockets trailed 9-7 with 4:17 left in the half.
“We got down by nine early in the game,” said Rockets head coach Eli Stephenson. “We got some big breaks off of turnovers. Landon Groenveld with a scoop and score. That’s when the momentum broke our way. We started to play with a little more energy.”
It kept getting better for Forrest. On the next Summertown drive in the first play, there was another fumble with the Rockets recovering. Hill connected with Tyler Ayers on a 32-yard pass, putting Bell in position to add six with 3:17 left in the half.
“Then we came out on the next defensive series, Riley Durbin forced a fumble and Levi Van Patten recovered it,” Stephenson said. “We were able to score on the offensive possession to take the lead.”
The Eagles were unable to answer. Swift and Durbin both making big stops to complete the hal with the Rockets leading 14-9.
Early in the fourth, Chris Davis went on a 34-yard run, putting the Rockets at the 5-yard line, where they were plagued with incomplete passes. Grissom was called to take care of a 19-yard field goal, making the score 17-9, which held for the remaining 10:25 of the game.
“We played as a team,” Stephenson added. “When adversity hit, we took on the challenge and didn’t back down. We came together and did it as a team. I saw they were playing for each other, not as individuals.”

The Rockets will host Marion County Friday night at The Rock. Kickoff is set for 7:30.