CHAPEL HILL — In what’s shaping up to be a fairly even-keeled District 7-AA race, the Forrest Rockets (8-10, 1-2) picked up a key win on Monday night over visiting Grundy County in a … 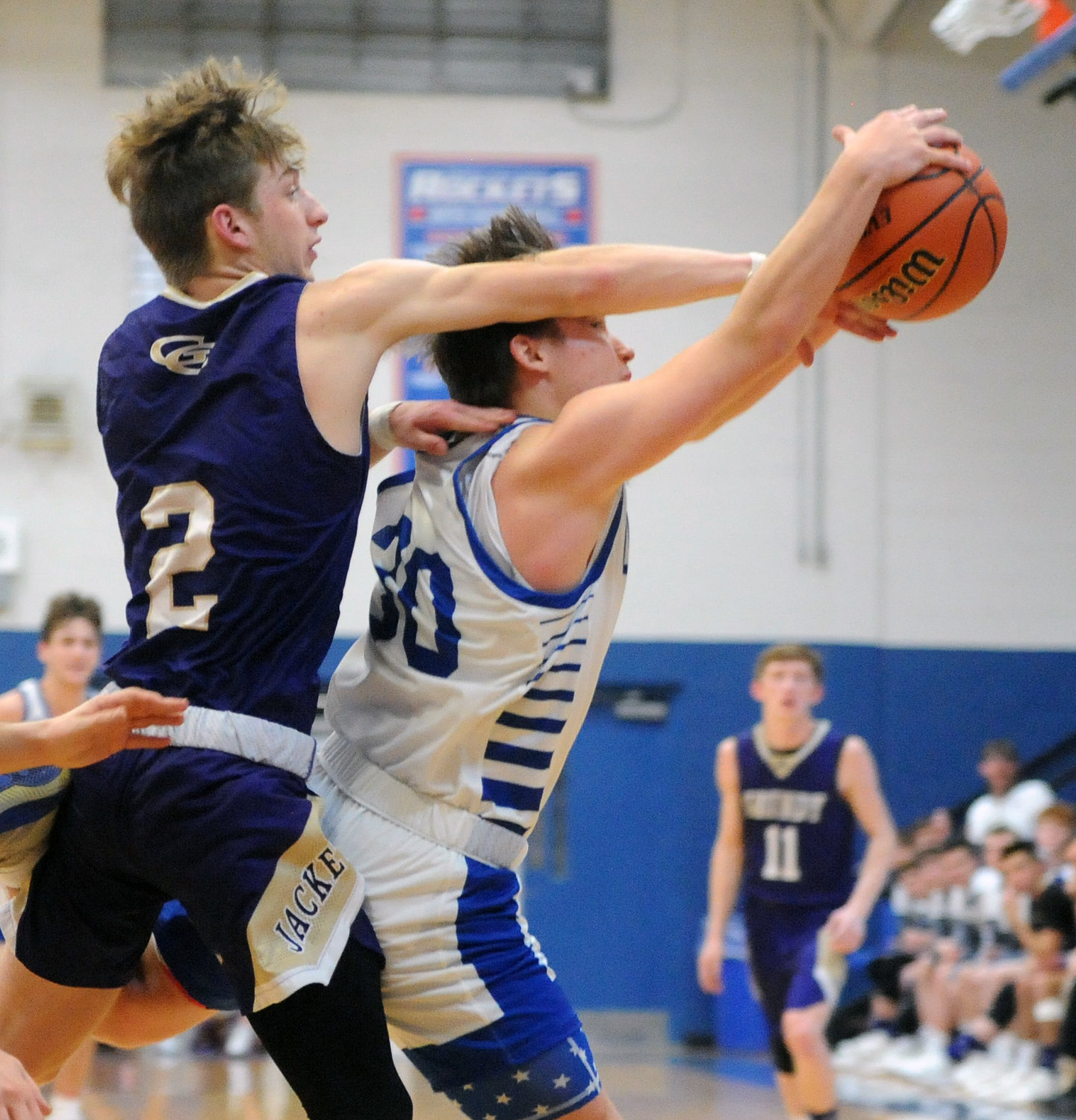 Andrew Timmons fights for possession in the closing seconds of regulation against Grundy County on Monday night.
Tribune Photo by Chris Siers 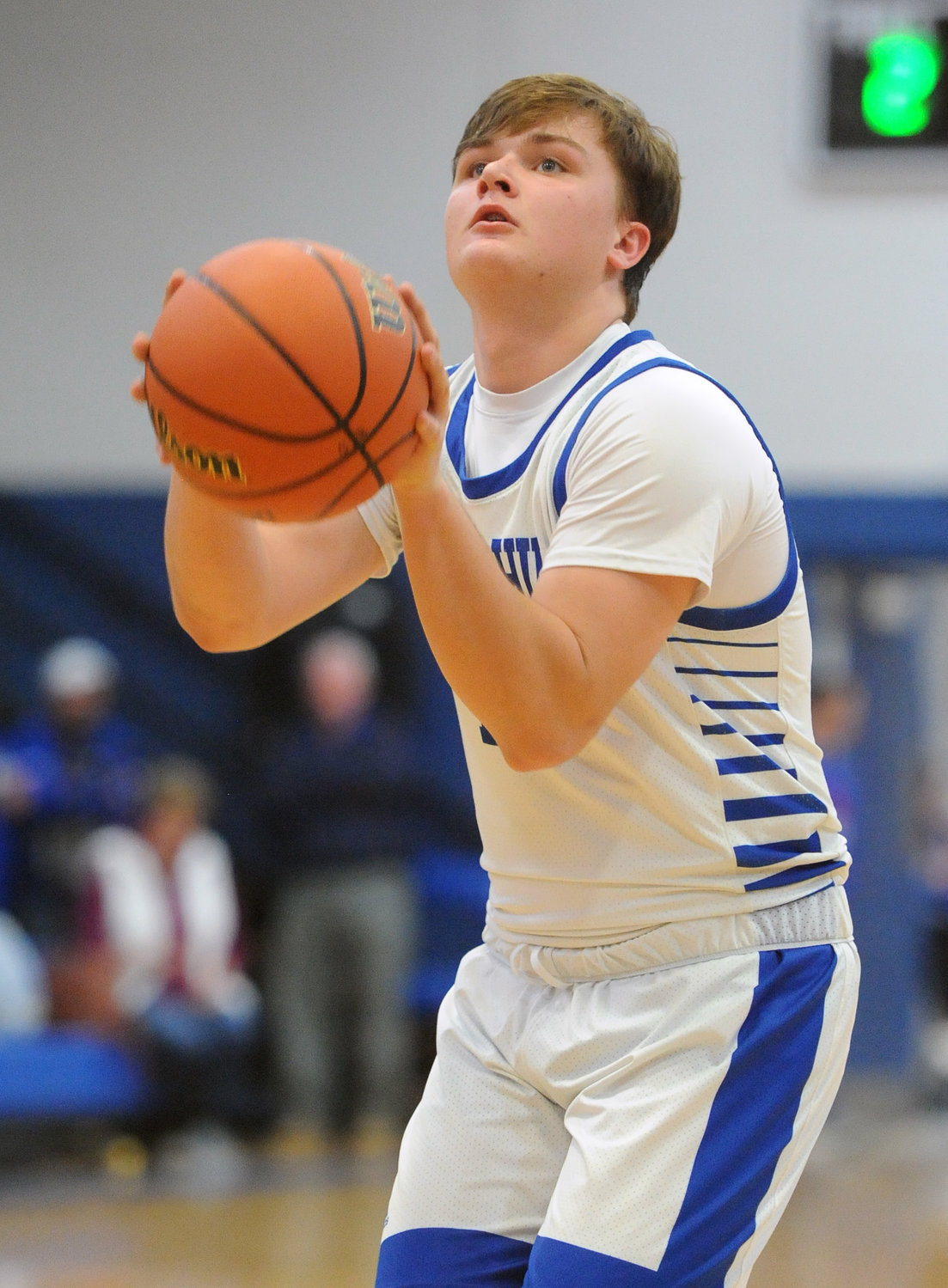 Brennan Mealer settles in and drills a free throw attempt for the Rockets. He led Forrest with 13 points.
Tribune Photo by Chris Siers 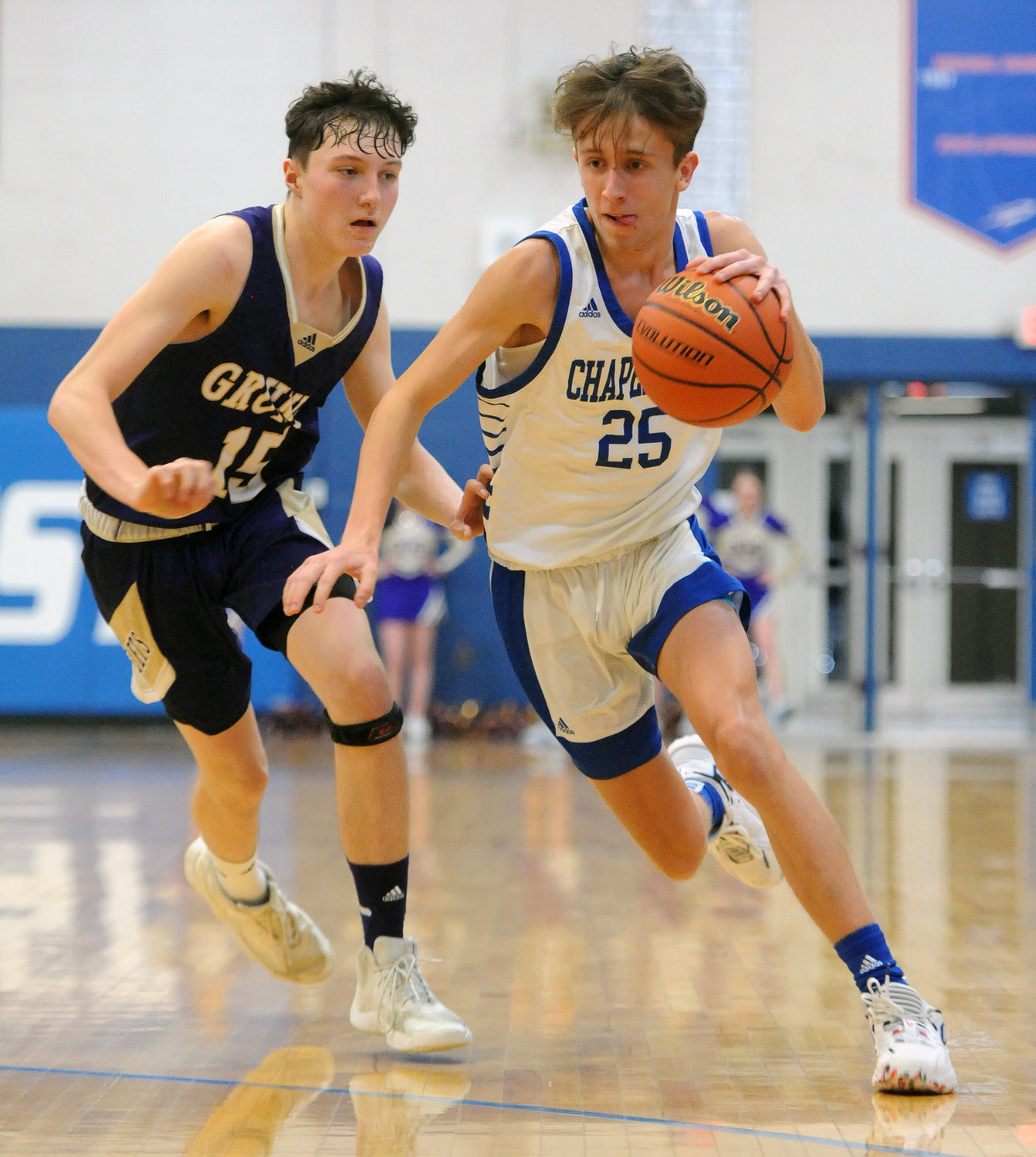 Super proud of a team effort. Everybody from the guy that keeps the stats, to my assistant coach, to the guys making free throws down the stretch, everybody jumped in and did exactly what they were supposed to do and I couldn’t be more proud of our bunch”
Rocket head coach Shane Chapman
By Chris Siers ~ sports@t-g.com

CHAPEL HILL — In what’s shaping up to be a fairly even-keeled District 7-AA race, the Forrest Rockets (8-10, 1-2) picked up a key win on Monday night over visiting Grundy County in a 55-53 thrilling victory.
As of late, Rocket head coach Shane Chapman has preached to his team about finishing everything in practice, with the hopes of translating into game situations.
“That’s been our thing lately is finishing around the rim, finishing drills, finishing practices and trying to translate it to finish games.
“Grundy County (11-7, 1-2) is a good team. We’re in a good district. There’s no clear-cut front runner. I just preached to my guys about how Grundy beat Community, who beat Cascade. It’s a hodgepodge of teams in the district,” Chapman said.
From the opening tip-off until the final buzzer, neither team was able to truly build a sizable lead over the other.
Aside from an 18-13 Grundy County lead early in the second quarter, the game stayed a 1-2 possession contest, which set up some late-game drama.
With the Rockets clinging to a three-point lead with 46 seconds left in the game, Grundy County came up with a steal and fired a 3-point shot that missed off the corner of the iron.
After an ensuing scrum under the rim left the Yellow Jackets with a pair of missed shots, the Rockets finally came up with the handle, forcing Grundy County to foul.
In the following 30 seconds, the Rockets knocked down 2-of-4 free throw attempts, which proved to be enough to hold on for the slim victory, despite a last-second Rocket foul.
With :00.6 seconds left on the clock, Grundy County’s Jr. Crisp was fouled and sent to the line, where he missed the front end of a pair of free throw attempts, but was able to connect on the second.
After in-bounding the ball, the buzzer finally sounded to officially give the Rockets the victory.
In the second half, the Rockets got key baskets from Brennan Mealer, who finished the game with a team-high 13 points, including nine in the second half.
“We’ve talked to him all year long about needing to knock down that big-time jump shot. He did that tonight. Last week, he didn’t shoot it very well, but he came in and put some work in. He hit some big time shots when we needed them,” Chapman said.
Chapman was also high on his team’s defensive effort and the impact the Rockets made on the glass.
“The guys stepped up really well on the defensive end and did a pretty good job on the boards. We’re a little undersized, we just have to get in there and work hard.” he said.
Mealer led three Rockets in double figures, with Deason Jones and Davin Porter each chipping in 12.
With the race for the 7-AA crown a muddled mix among the four district teams, Chapman hopes the close victory over the Yellow Jackets is the shot in the arm his team needs on the second trip through the 7-AA slate.
“Super proud of a team effort. Everybody from the guy that keeps the stats, to my assistant coach, to the guys making free throws down the stretch, everybody jumped in and did exactly what they were supposed to do and I couldn’t be more proud of our bunch,” he said.
The Rockets will face Grundy County in a rematch on Friday night in Coalmont.