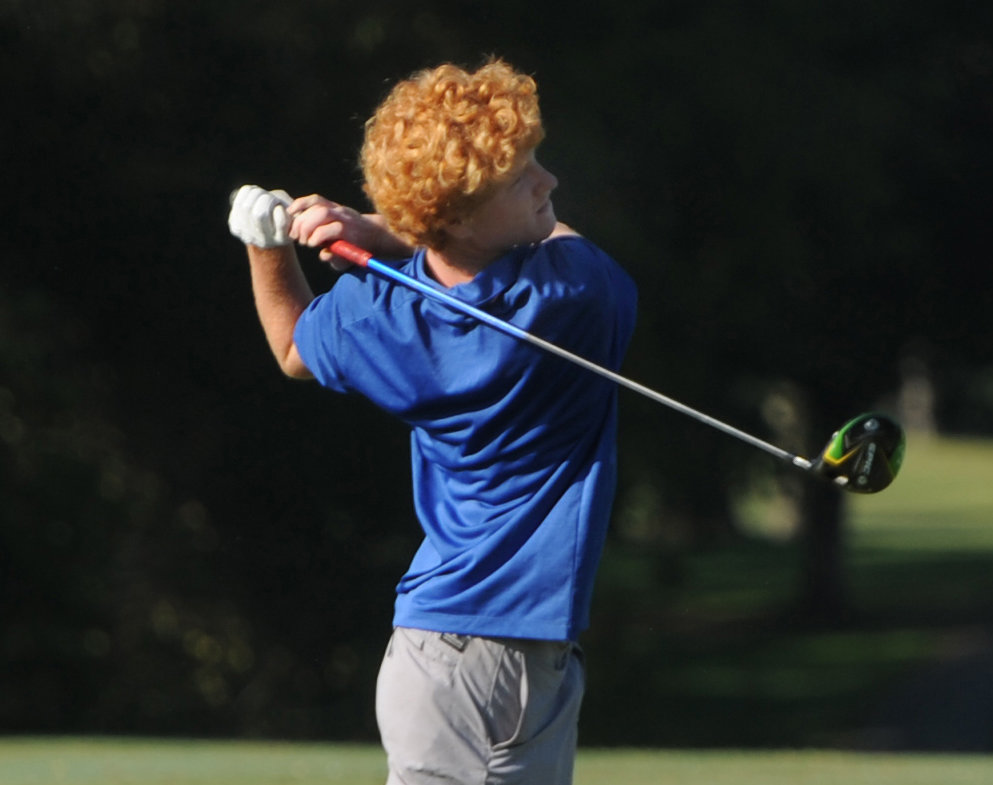 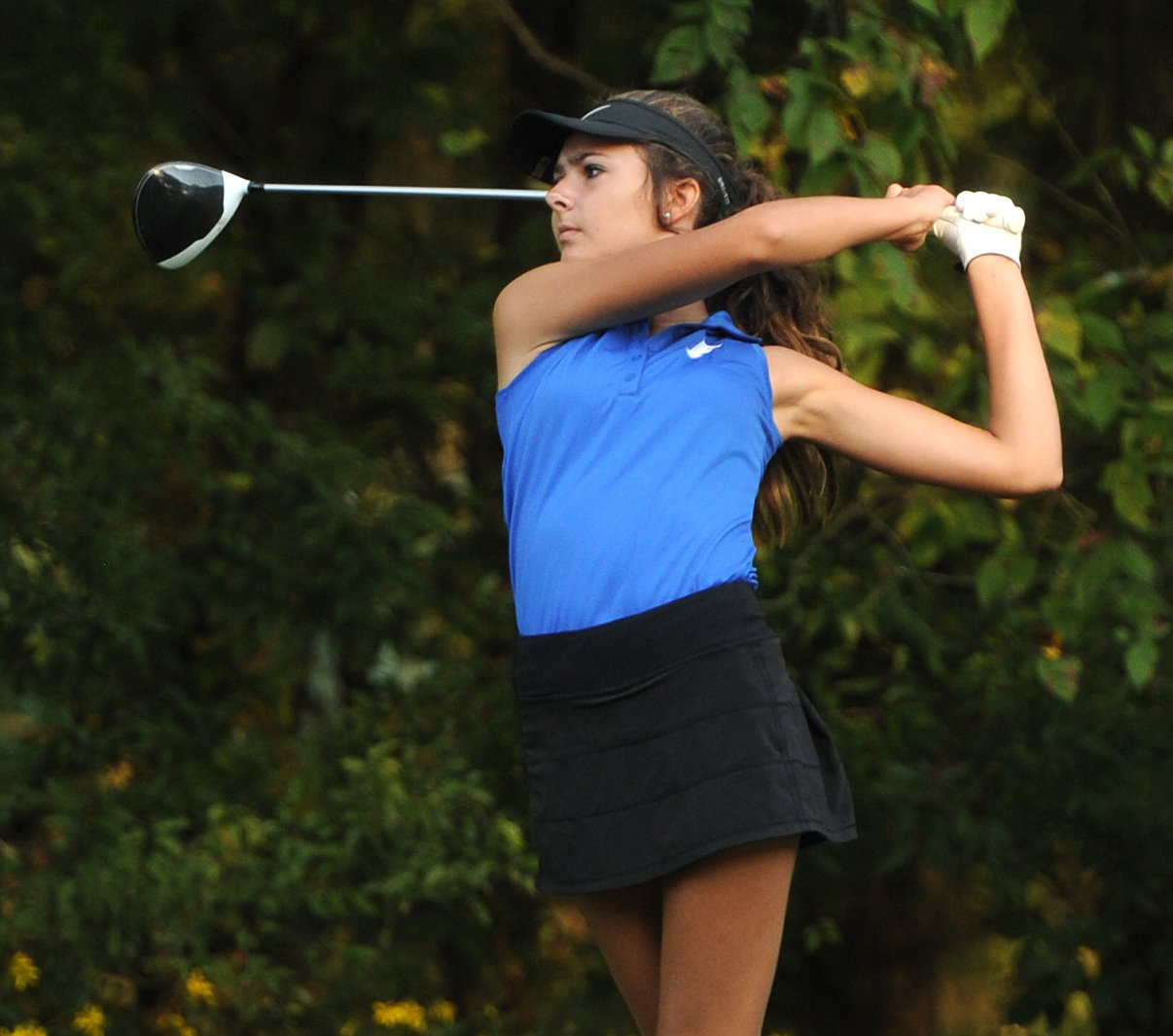 Maggie Browning turned in a third-place overall finish and qualified for the upcoming region tournament with an 88 final score. 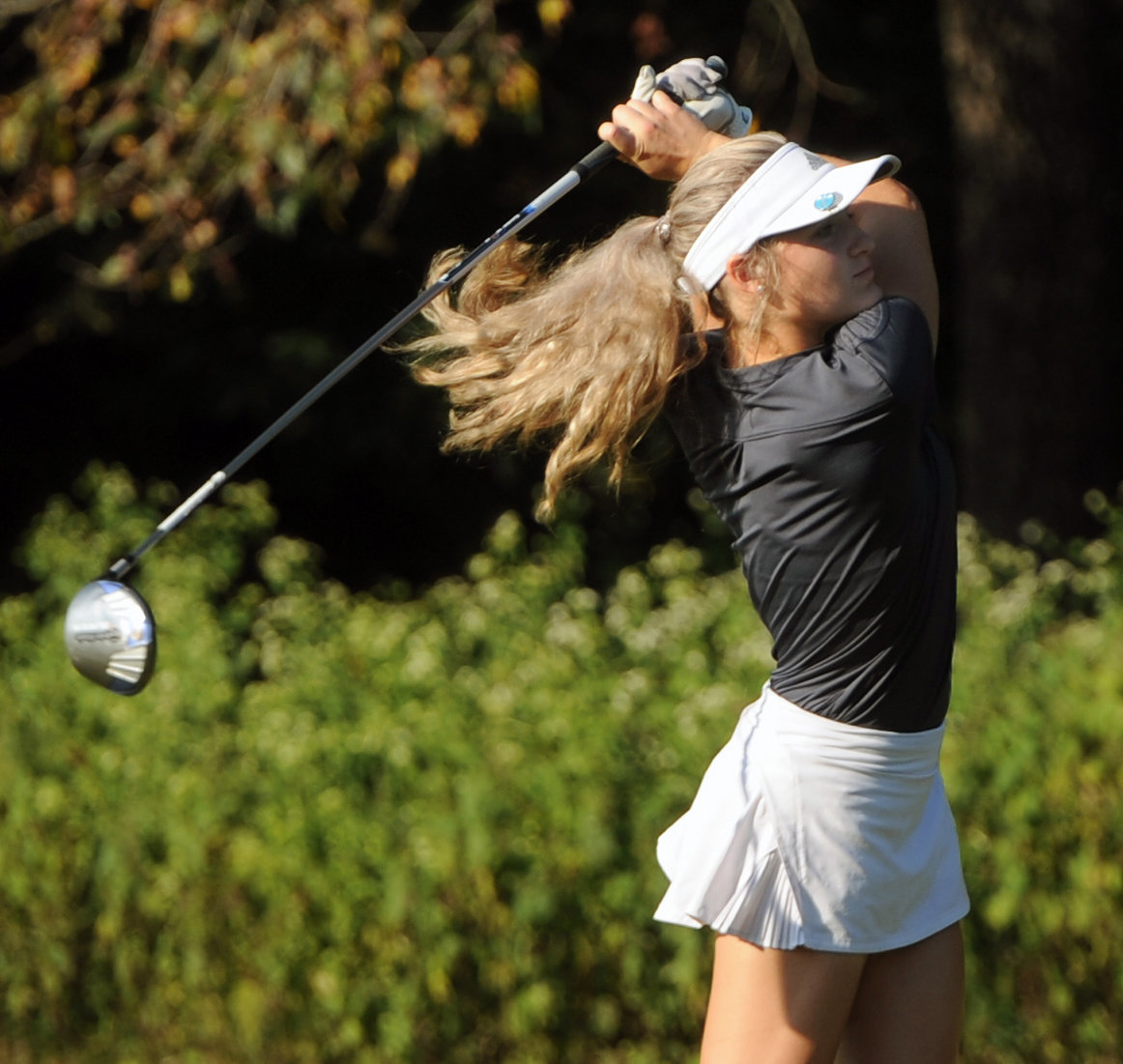 Jayli Childress tees off on Hole 11 on Tuesday afternoon. 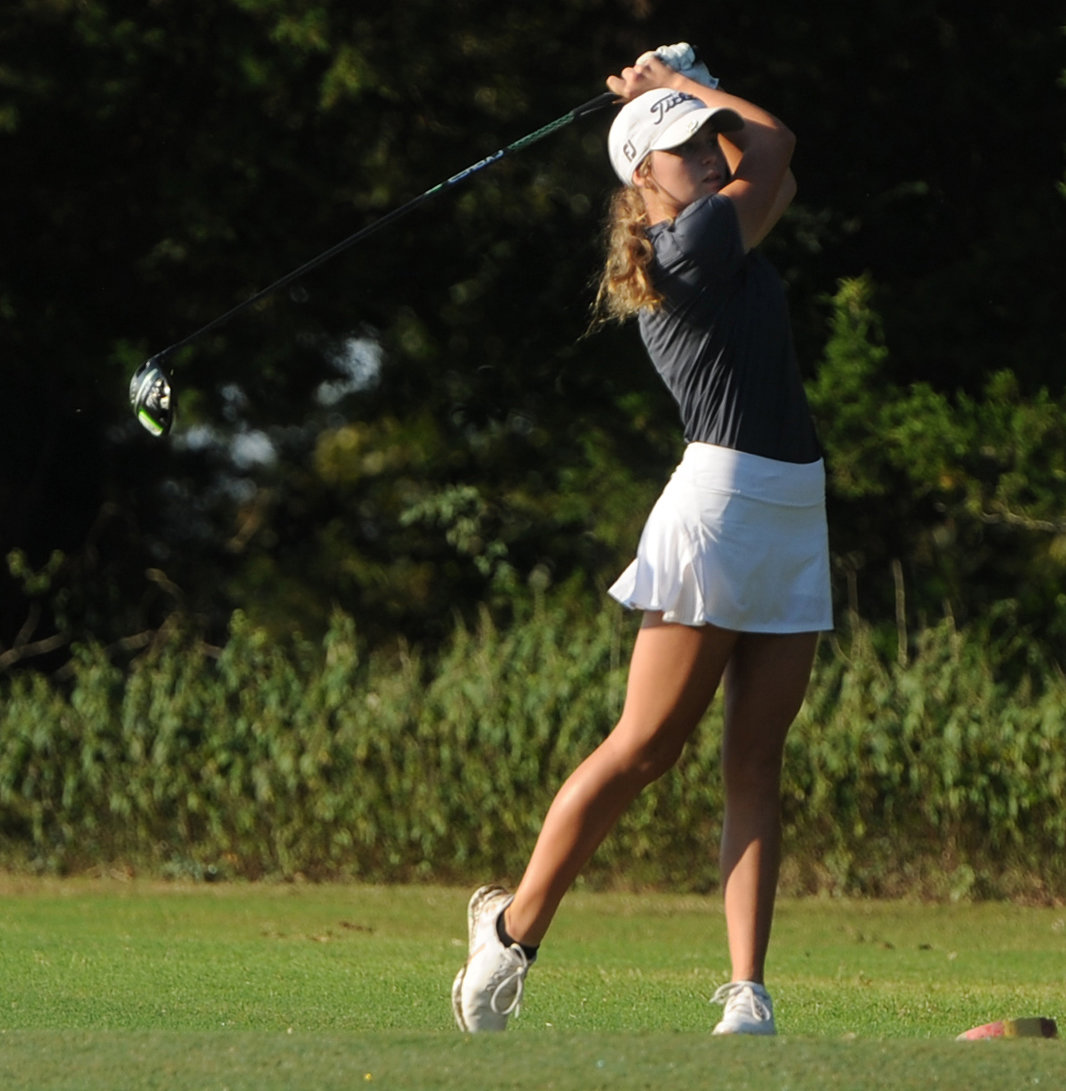 Annabelle Mulliniks shot an 89 to lead the Lady Bulldogs on Tuesday.
Previous Next
Posted Wednesday, September 21, 2022 4:00 pm
By Chris Siers - sports@t-g.com
CHAPEL HILL — The Forrest Rockets and Cornersville Lady Bulldogs punched their tickets to the upcoming Region 5-A tournament with Tuesday’s strong showing in the District 9-A tournament at Henry Horton.
The Lady Bulldogs finished second as a team, while the Rockets took third overall.
Cornersville’s Coby Gibson and Micah Riddle also qualified for the region tournament as an individual.
The Rockets totaled a team score of 383 and were led by Noah Brown, who shot an 86, good enough for second-place individually.
Kelton Grubbs shot a 95, while Trey Williamson turned in a 90.
Luke Perry rounded out varsity scoring for the Rockets with a 112.
For the Bulldogs, Gibson shot a 94, which was the third-lowest score for the region qualifiers not part of a qualifying team.
Riddle finished four strokes back with a 98.
For the girls’ side of the match, it was the usual cast of suspects at the top of the leaderboard.
Cascade won the match with a combined 163, while Cornersville took second, with a 183.
It was Annabelle Mulliniks leading the way with an 89, which was the fourth-lowest score overall.
Jayli Childress shot a 94 to round out varsity scores for the Lady Bulldogs.
Forrest’s Maggie Browning turned in an 88 to finish third overall and qualify for the region match individually.
Ava Edmonson also shot a 103.
The Region 5-A tournament will be held on Monday at Ross Creek.
Boys
Forrest (383)
Noah Brown 86
Kelton Grubbs 95
Trey Williamson 90
Luke Perry 112
Cornersville (403)
Coby Gibson 94
Micah Riddle 98
Caden Downs 104
Ayden Campbell 107
Community (508)
Eagleville (365)
Moore Co. (432)
Huntland (NS)
Fayetteville (432)
Giles Co. (378)
Richland (392)
Girls
Cornersville (183)
Annabelle Mulliniks 89
Jayli Childress 94
Forrest (218)
Maggie Browning 88
Ava Edmonson 103
Eagleville (205)
Community (284)
Cascade (163)
Giles Co. (227)