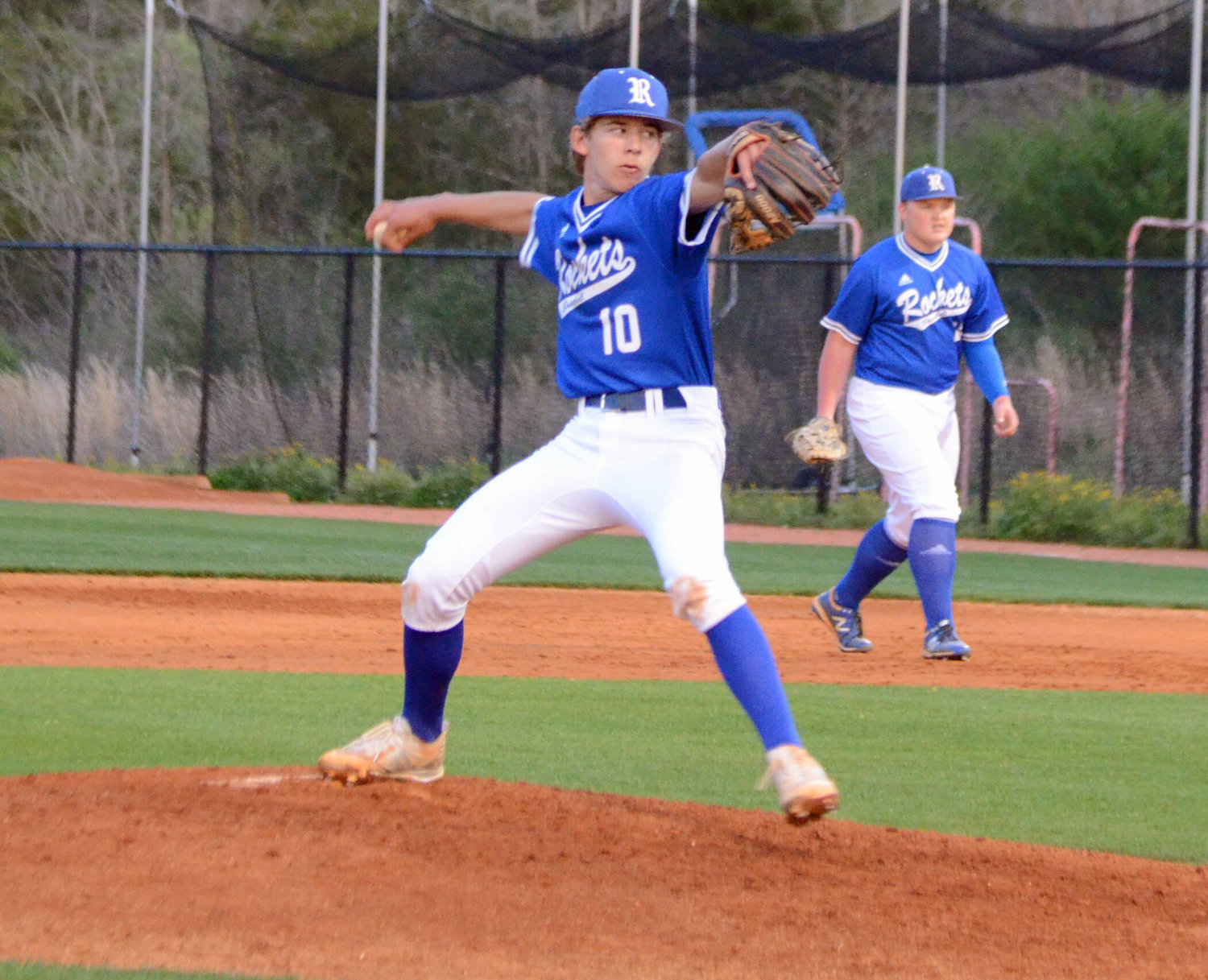 Forrest freshman Preston Gentry took the ball for the Rockets at Nolensville Monday night and turned in a solid performance, giving up just two earned runs on six hits in 4.1 innings of work on the hill in a tough 7-1 loss.
Tribune photos by Anthony S. Puca 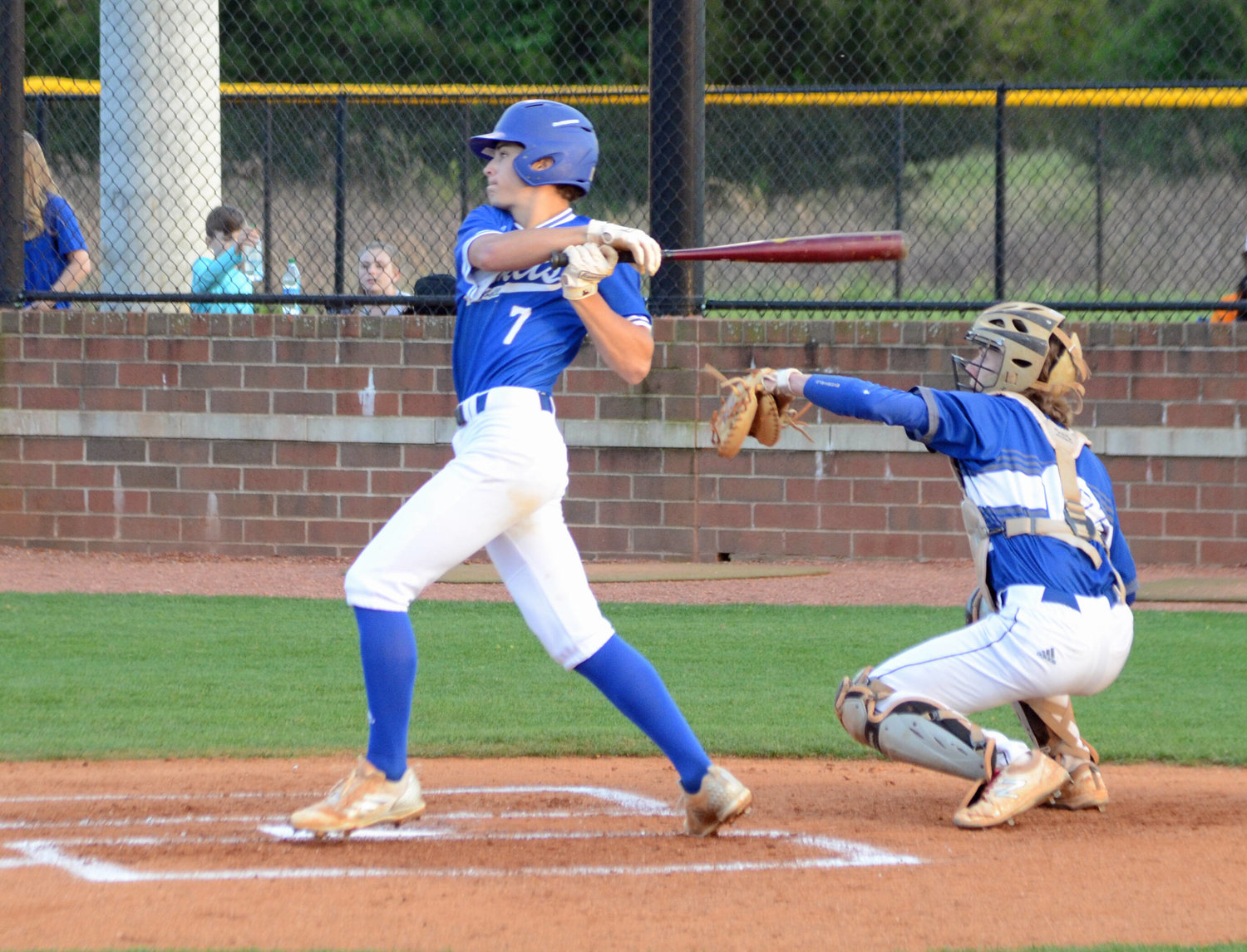 Bryson Smith lashes a second-inning RBI base hit for the only hit in the game versus Nolensville ace lefty Ethan McElvain. 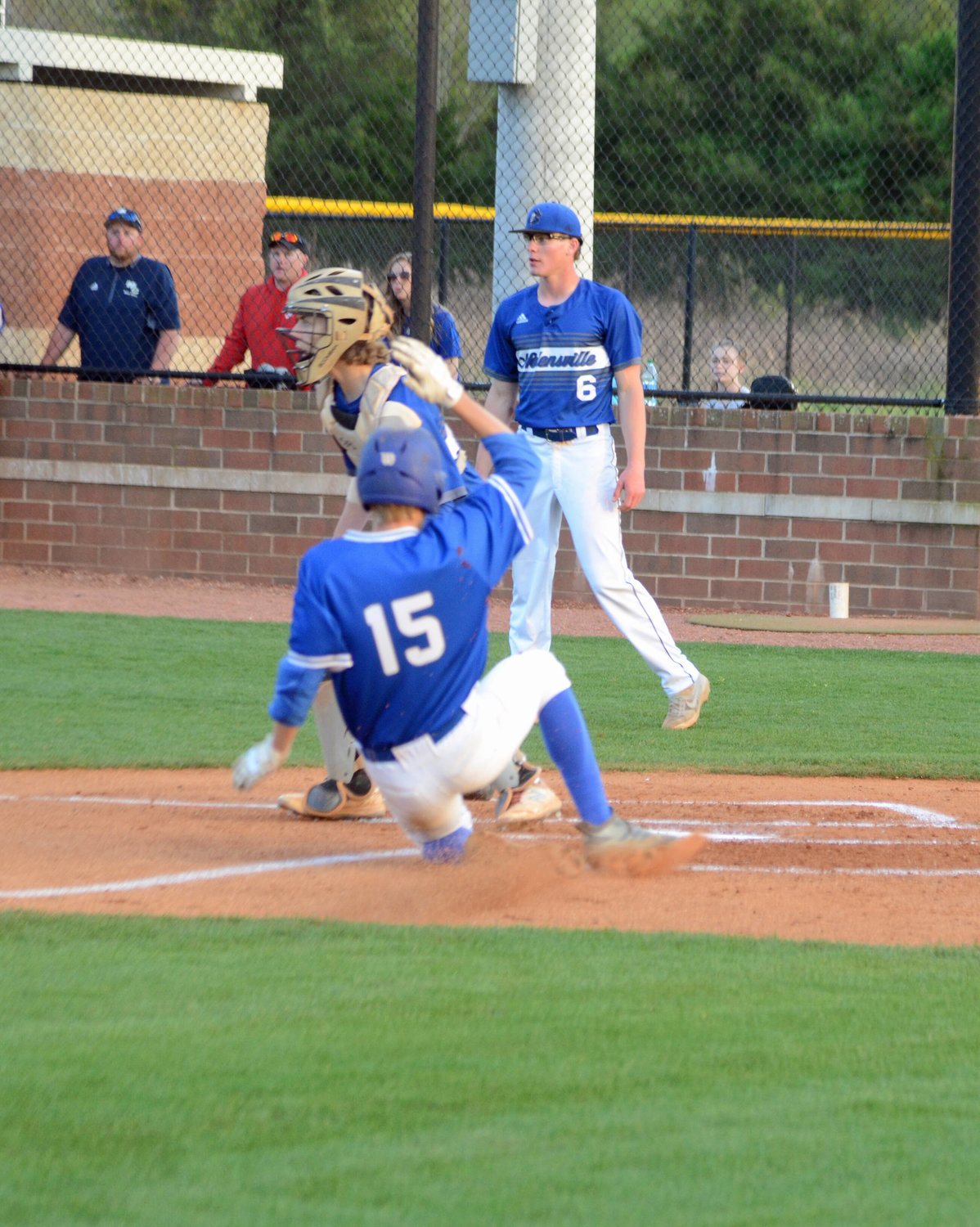 Kain Moses (15) slides safely home in the second inning to score the Rockets’ only run of the ballgame. 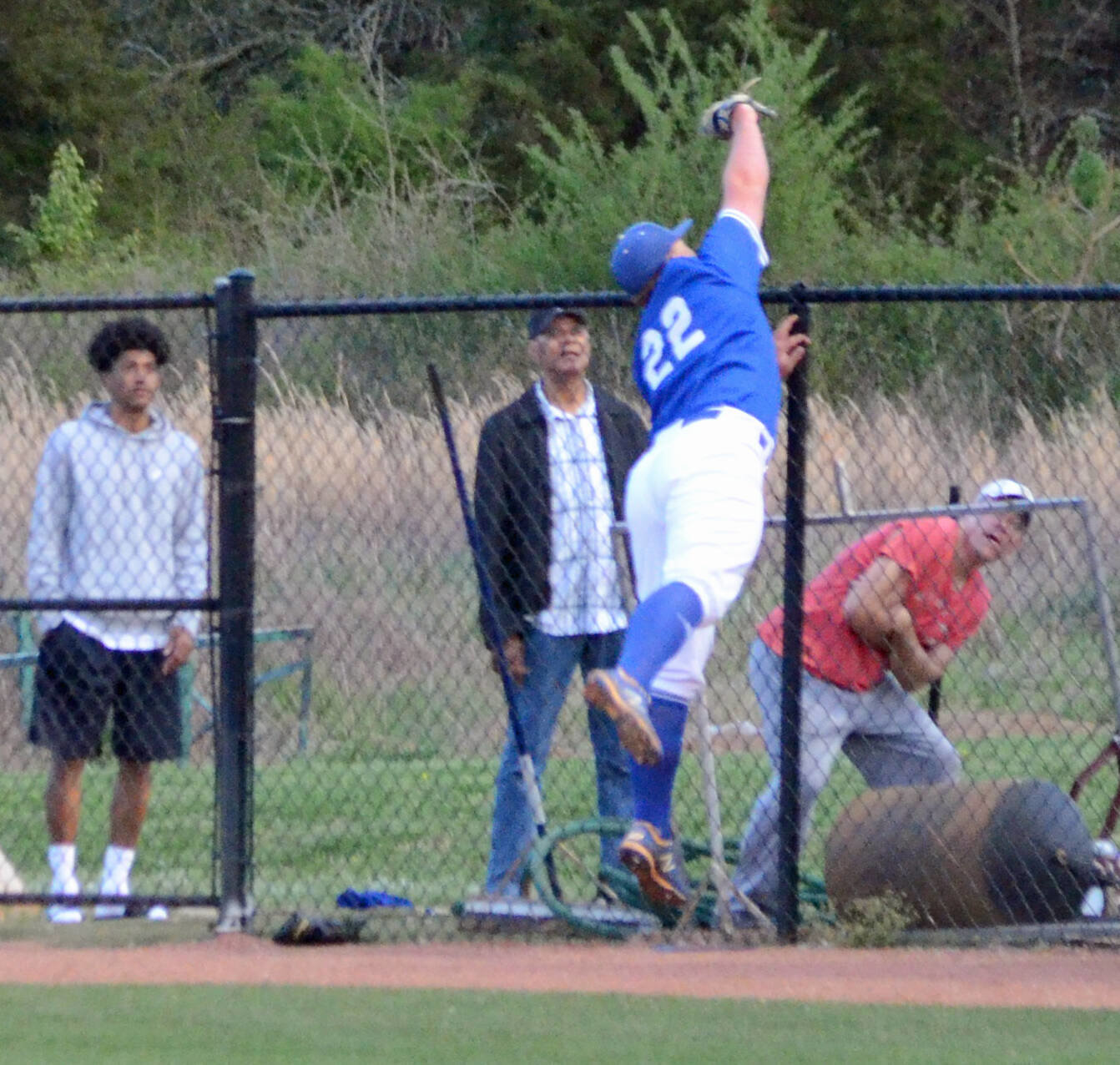 The Forrest Rockets knew what they were up against as they travelled to Nolensville Monday night for an all-important District 12-AA contest with Knights’ ace lefty Ethan McElvain on the hill.

The sophomore Vanderbilt commit gave up a first inning run versus the Rockets and then slammed the door the rest of the way, throwing no-hit ball over the last six innings, while striking out 14 in the game and walking one Forrest batter in a 7-1 win.

“I was excited to see McElvain pitch and he definitely did not disappoint,” Forrest coach Andy Burkett said. “I thought we had a great game plan against him, and were going to challenge him early, and we were able to scratch across a run and get on the board early.”

“I can't say enough good things about the young freshman, Preston Gentry, he put us in the best position to win all night, and one hundred percent did his job,” Burkett said. “I wasn't happy with myself letting his pitch count run up so high, but it was a result of some struggles on defense, and at the time, the game was still 3-1 and in our reach and I thought he still gave us the best chance to win.”

“Although young, Preston has shown he has the prowess to be a very effective pitcher in varsity ballgames, and I continue to look for big things in the future from him.”

The Forrest defense committed five errors in the game and there was also a couple of plays that should have been made, but didn’t.

“We knew going in against McElvain that runs would be at a premium, and if we made defensive mistakes, we were going to lose the ballgame, and that is exactly what happened,” Burkett said. “You aren't going to win many ballgames when you make five errors let alone make five errors versus a Vanderbilt commit.”

“We have a strong, athletic defense; we just need them to find a way to put it together for seven innings.”

After McElvain set down the Rockets 1-2-3 in the top of the first and Gentry matched it, Forrest came up with its lone run of the game as Kain Moses drew a leadoff walk in the top of the second inning and went to second on a wild pitch.

Bryson Smith lashed an RBI single to center field before being picked off first base by McElvain, who retired the next two Forrest batters to end the inning.

The Rockets only managed one more baserunner the rest of the game off of McElvain, who struck out 13 out of the next 16 batters in the contest.

“I think once he settled into a groove and started to find his fastball command, he really became dominant in the latter innings of the game,” Burkett said. “His slider was basically unhittable, and if we weren't finding a way to get to his fastball, we were going to struggle to put the ball in play.”

The Nolensville batters could not solve the young Forrest freshman either as Gentry held them scoreless through three innings before the Knights gave McElvain all the runs he would need, scoring times runs in the bottom of the fourth inning.

Nolensville catcher Grayson Rains had a big two-out, two-run double and the third run scored on the second of two infield errors.

McElvain struck out the side for the second inning in a row in the top of the fifth and the Knights put the game away in the bottom of the frame as they plated four more runs with Bryan Cluck slashing a two-run single and a pair of runs crossed the plate on two more Forrest miscues.

McElvain was in control over the next two frames, closing out the game in dominating fashion as he struck out the Rockets in order in the top of the seventh inning to secure the win for the Knights.

“We don't like to use the phrase "must-win game" very often...but this is a must-win game for us,” Burkett said. “Our district is so intensively competitive, one win or one loss can be the difference between being the two-seed and being the five-seed for our district tournament.’

“Our guys need to come in with the mentality of knowing what's at stake and with a mindset of knowing what we need to accomplish in order to being successful.”