Rockets race past Bulldogs in battle of North and South

CORNERSVILLE — All last year, the Cornersville Bulldogs had bragging rights after downing the Forrest Rockets for the first time in 25 years.Although the Bulldogs (0-2) played an inspired …

Rockets race past Bulldogs in battle of North and South 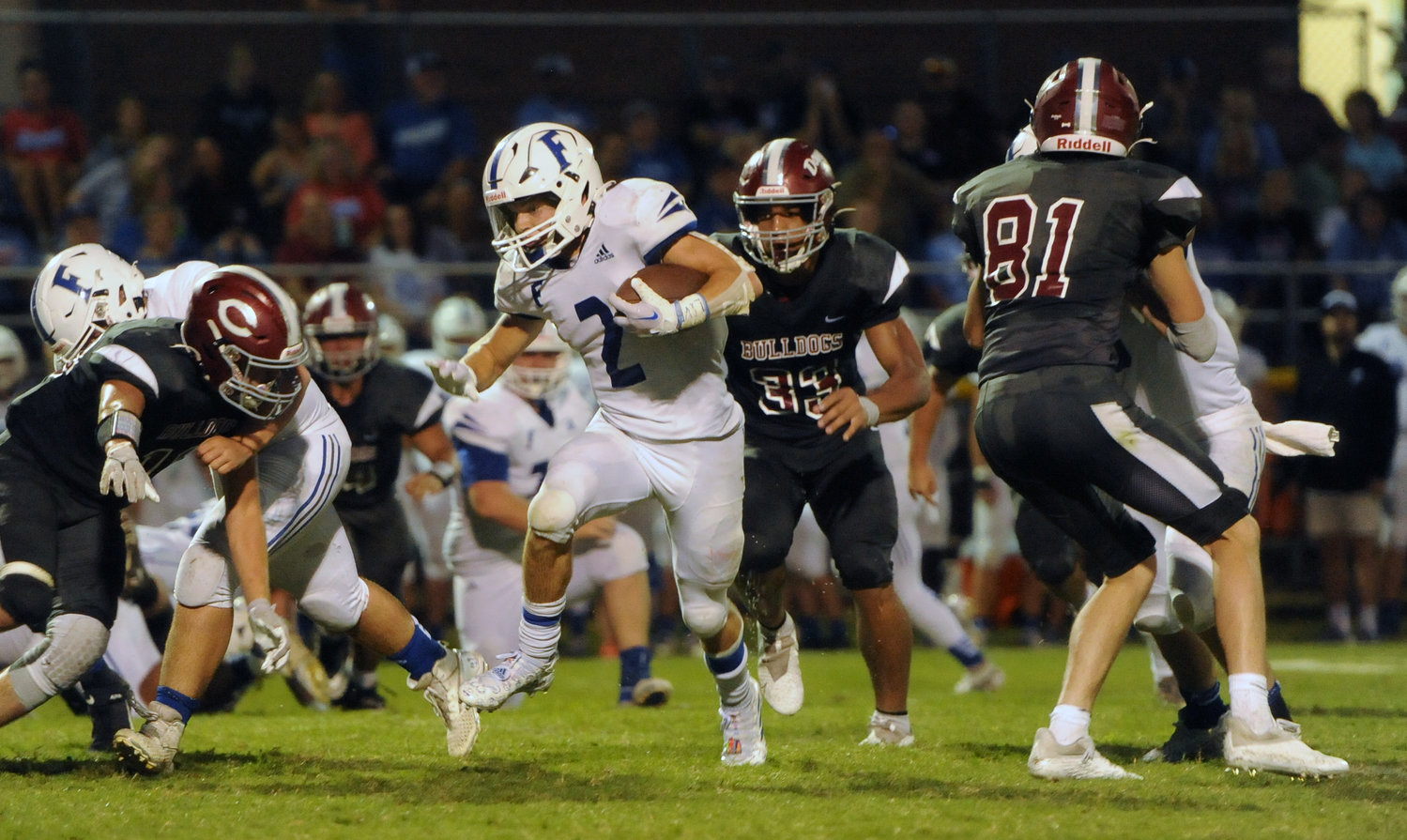 Tayton Swift breaks through the line and scrambles forward for a short gain for the Rockets. Swift finished with 100 yards on 14 carries for Forrest.
Tribune Photo by Chris Siers 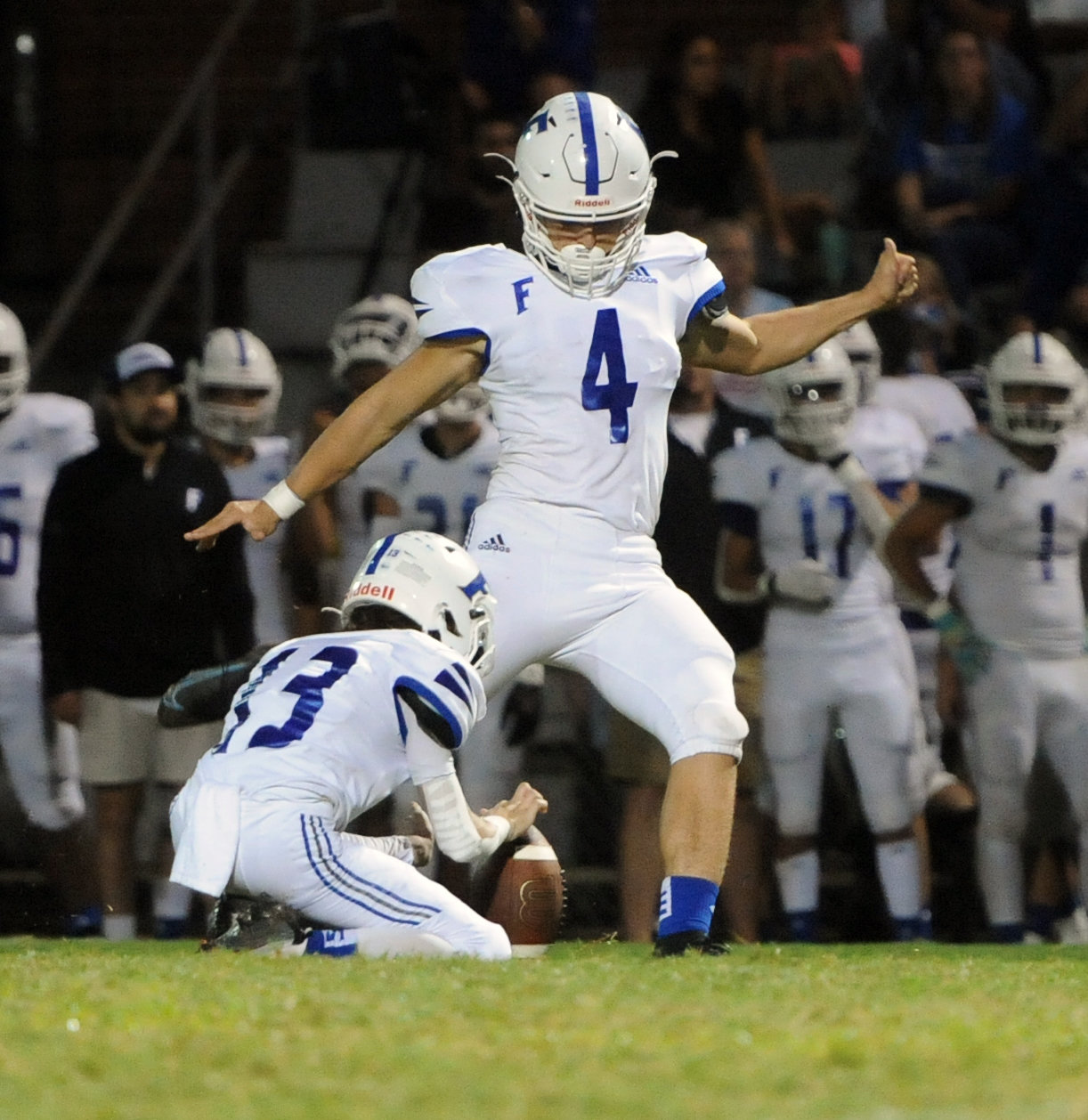 Gavin Grissom connects on a 40-yard field goal in the fourth quarter. Grissom hit three field goals from 40, 26 and 30 yards against the Bulldogs.
Tribune Photo by Chris Siers 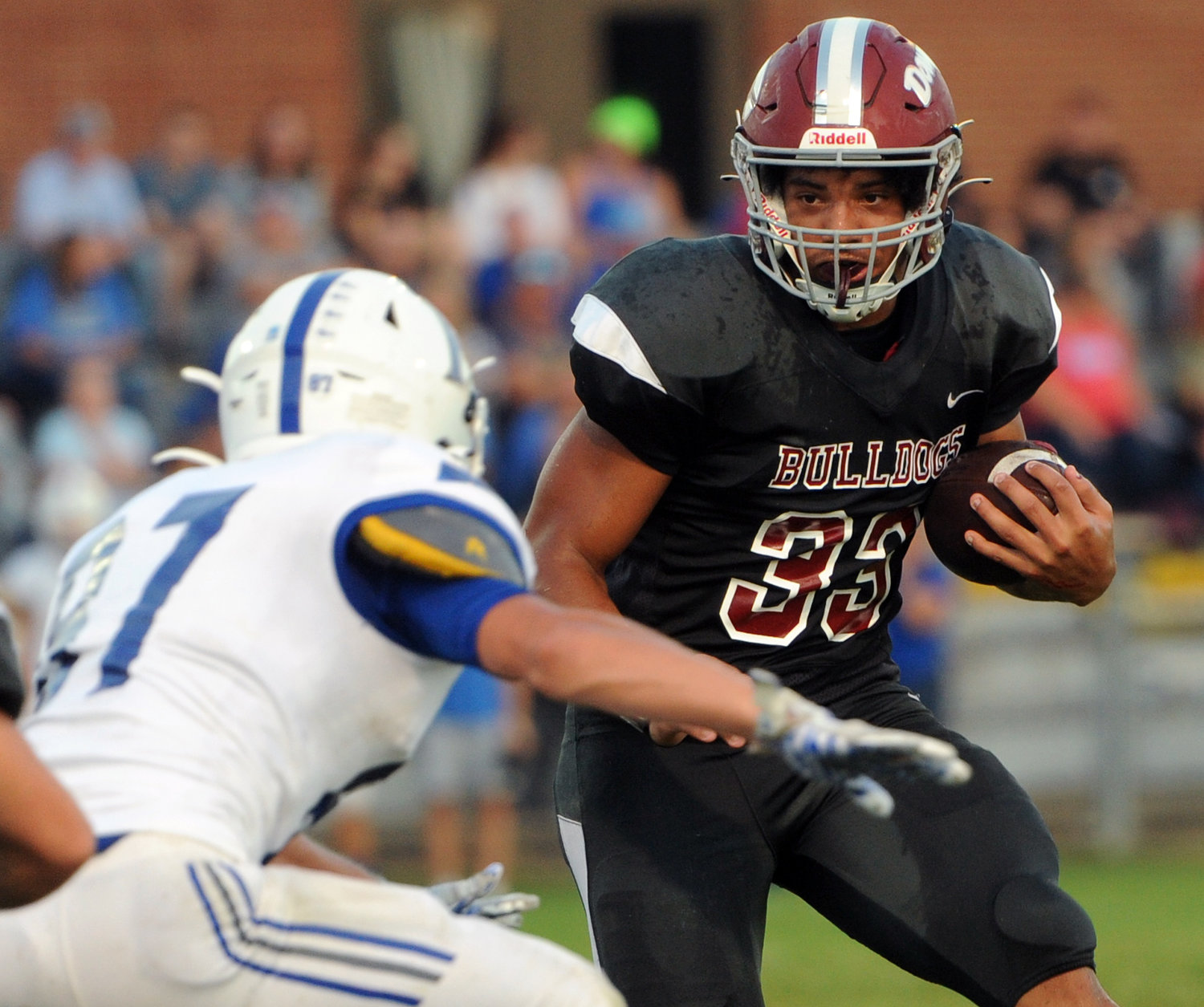 Bulldog junior Ben Franklin keeps his eyes downfield and finds a crease. Franklin recorded the longest play from scrimmage on Friday night, rushing 88 yards to the house for Cornersville’s only touchdown of the night.
Tribune Photo by Chris Siers 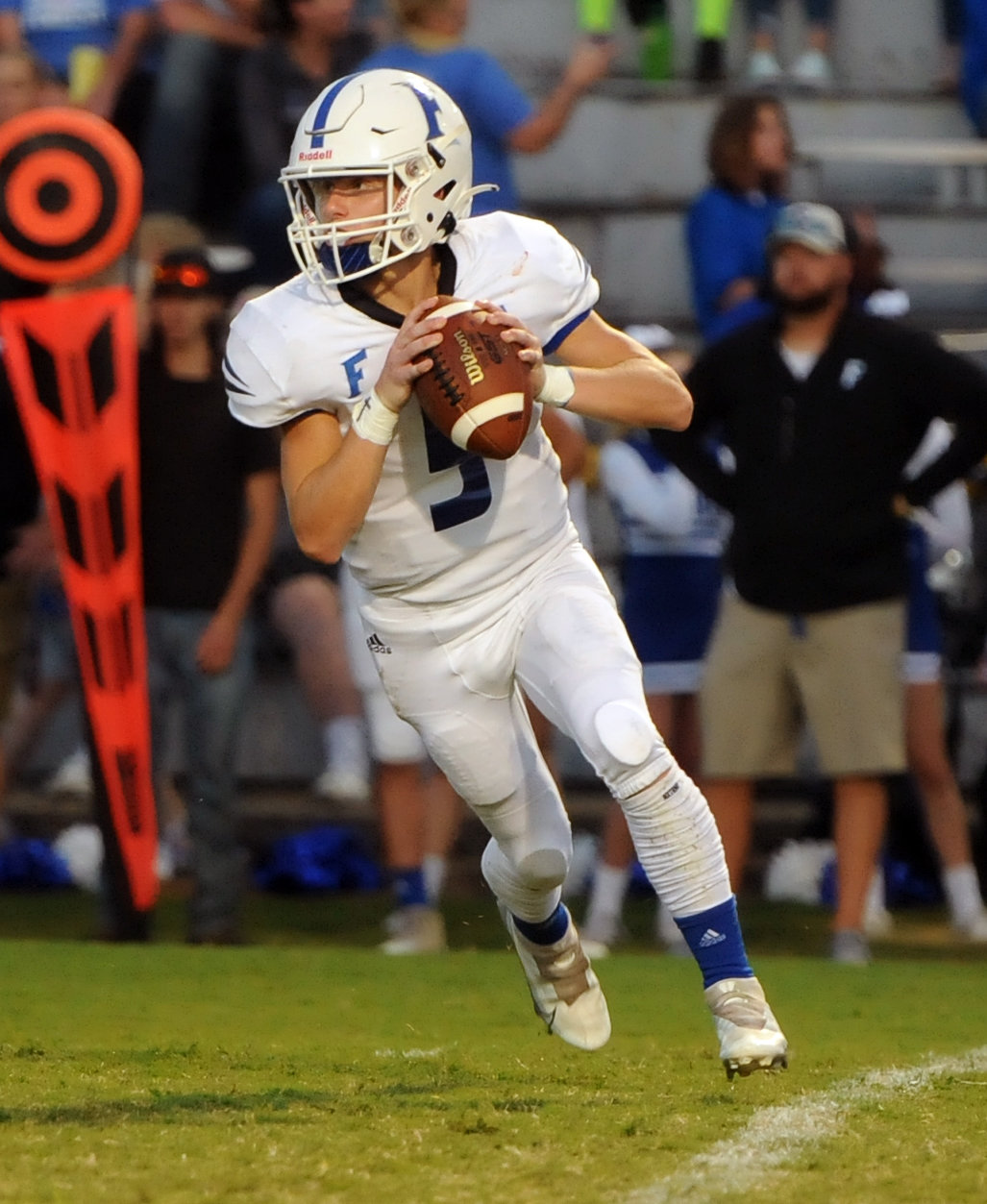 Freshman quarterback Ryan Hill peels out of the pocket and fires a throw downfield. Hill completed a key, 31-yard pass to Tayton Swift in the third quarter, that set up a Forrest touchdown by Liam Bell.
Tribune Photo by Chris Siers 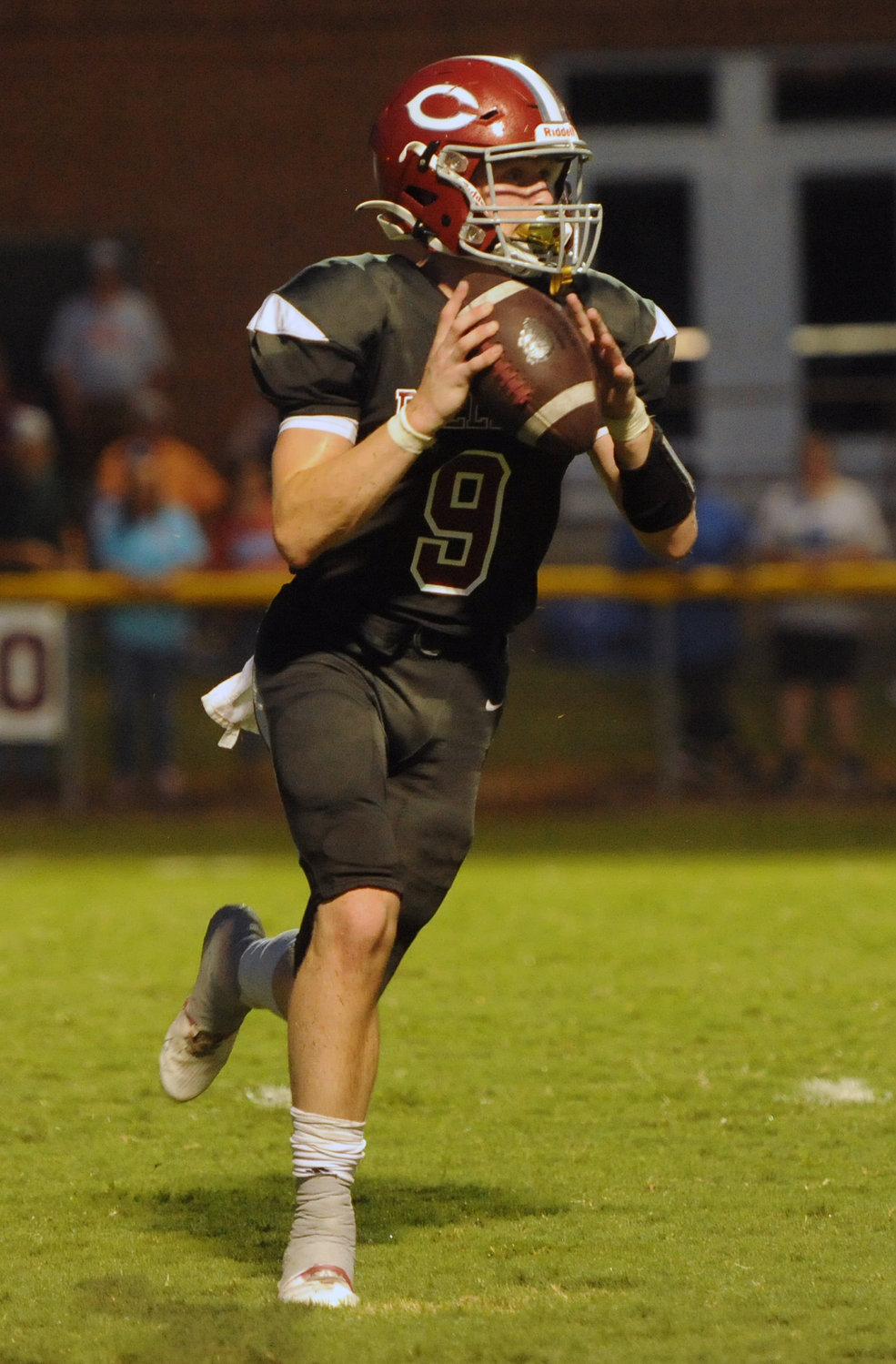 Blaine Woodard is flushed out of the pocket and directs his receivers downfield.
Tribune Photo by Chris Siers 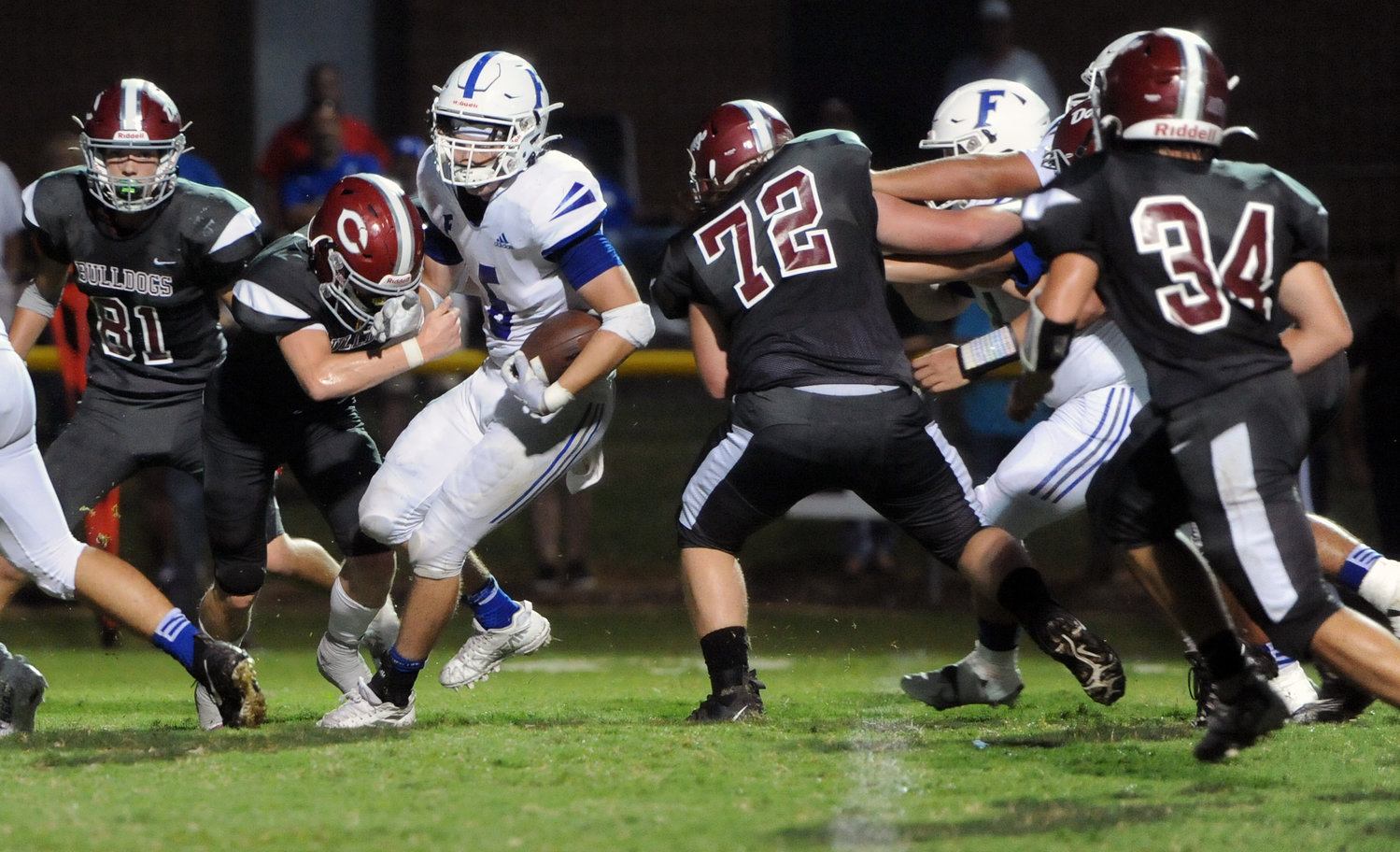 A host of Bulldogs converge to bring down Rocket quarterback Ryan Hill on a keeper.
Tribune Photo by Chris Siers 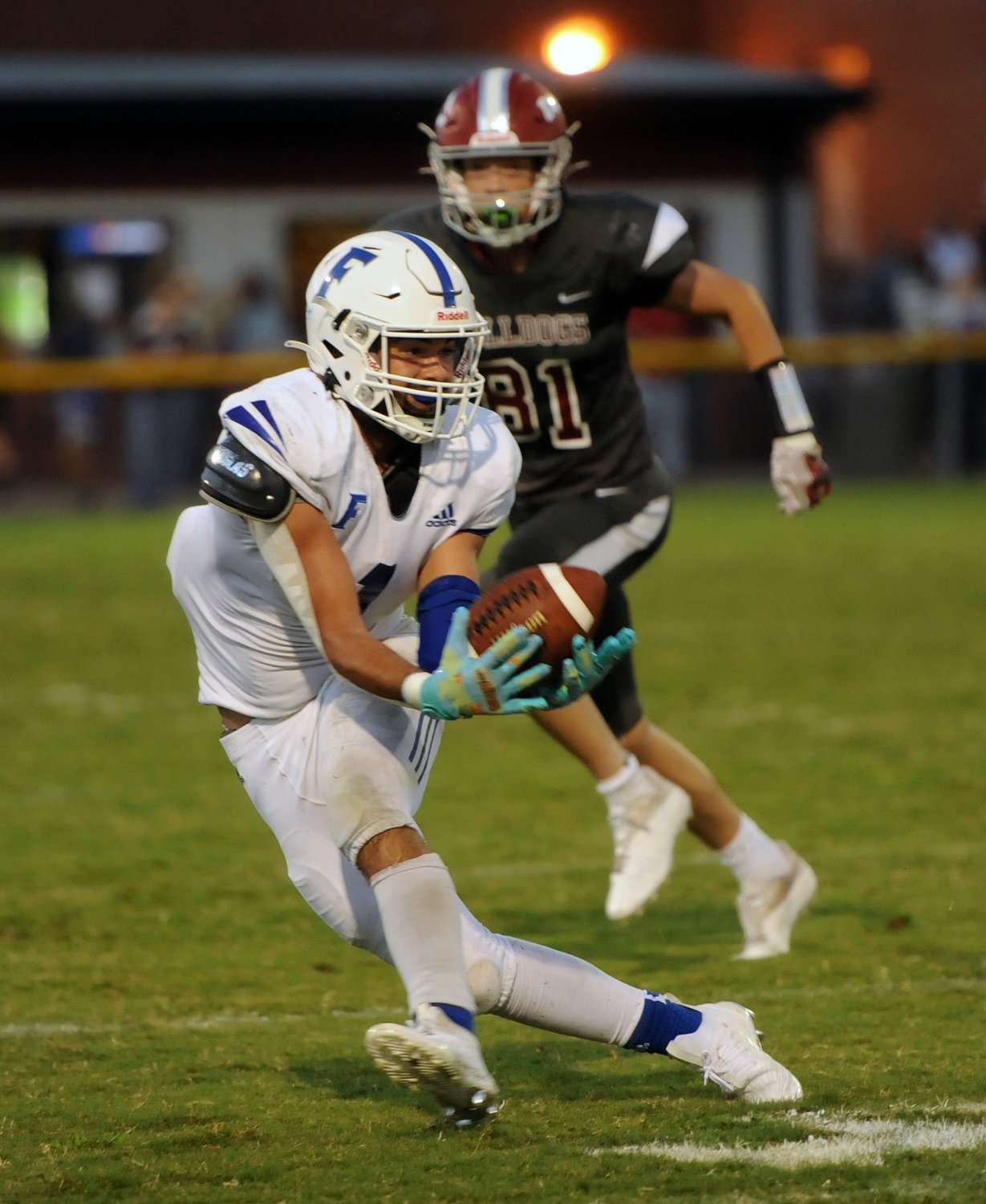