Pats down Tigers on one big inning

FRANKLIN — A night after picking up a big win at Lawrence County, Marshall County coach Mike “Monk” Reese knew his team would have to play some sound defense against a talented Page …

Pats down Tigers on one big inning 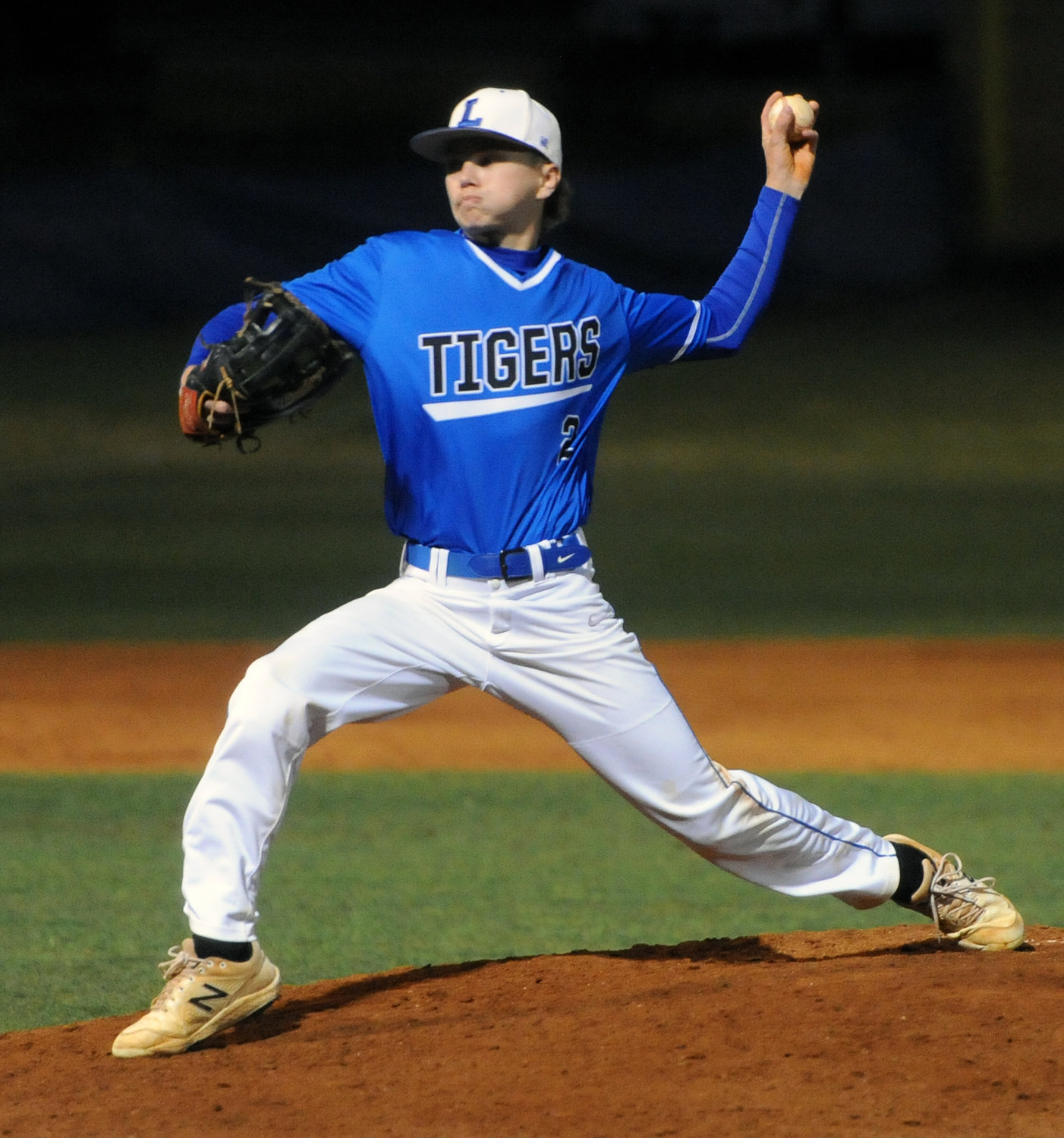 Eli Cross delivers a pitch after taking the mound in the third inning.
Tribune Photo by Chris Siers 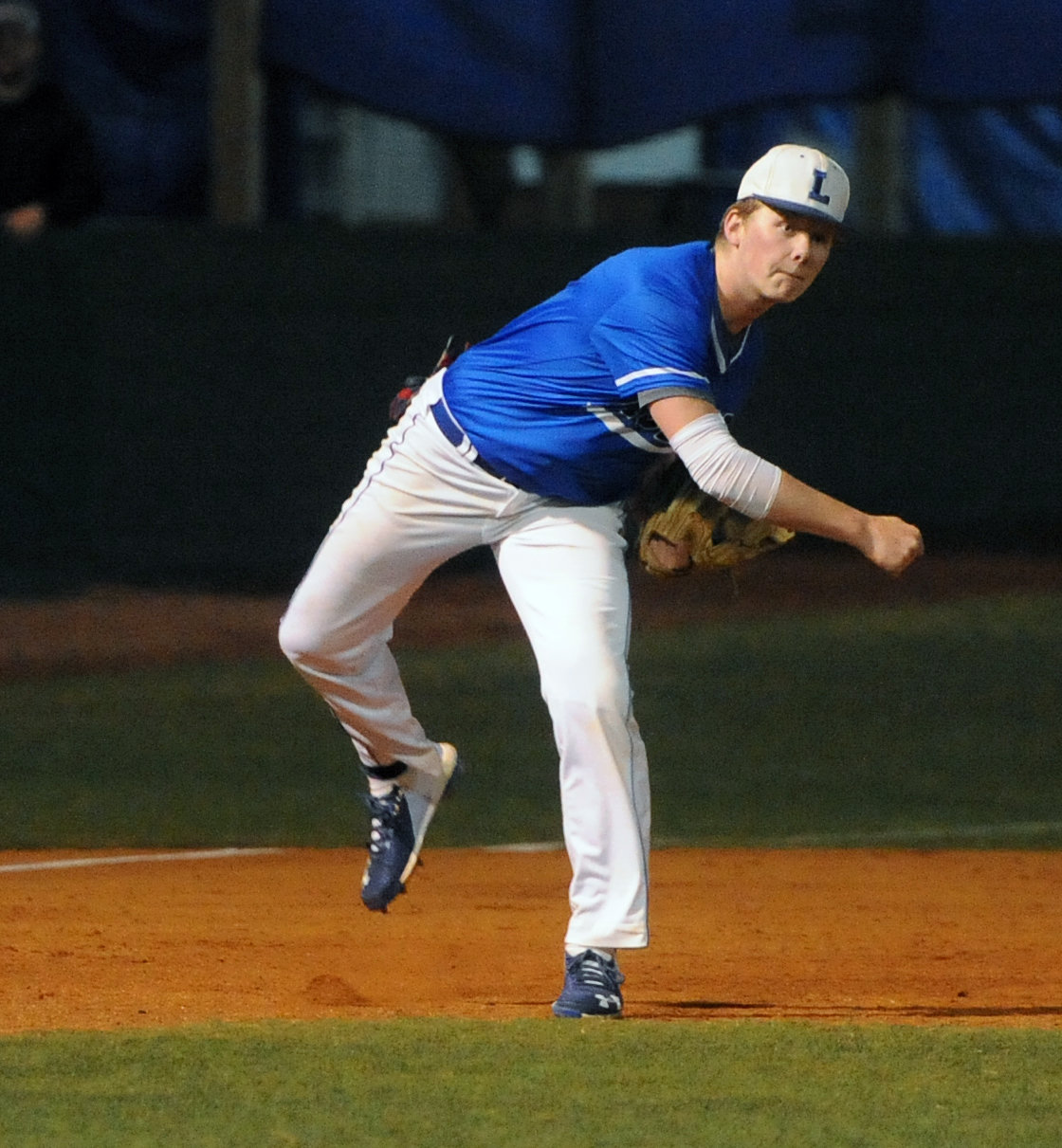 Reid Mitchell fires a throw to first after fielding a hard-hit ball at third base.
Tribune Photo by Chris Siers 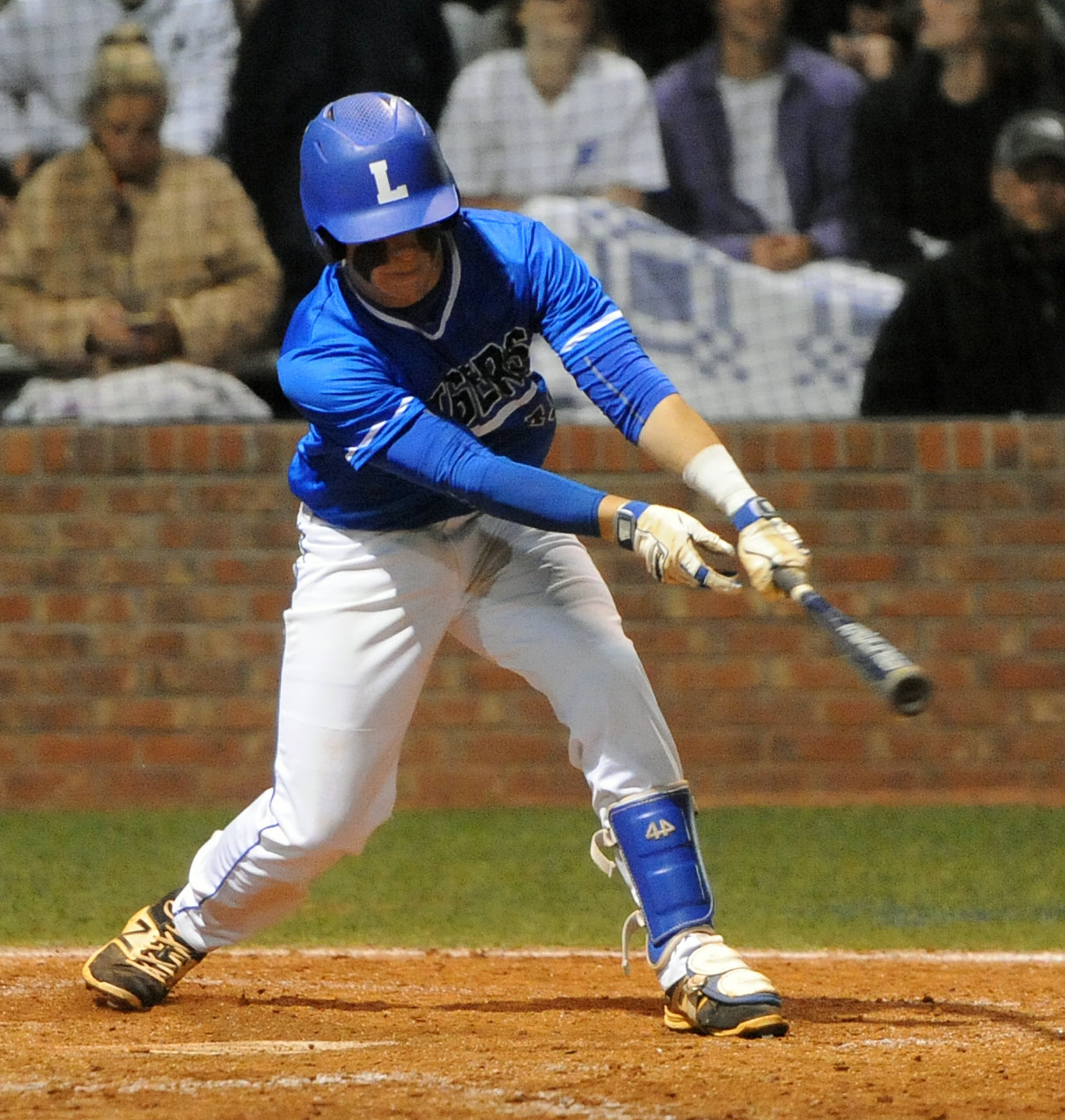 Trey Warner makes contact on a pitch and reaches base.
Tribune Photo by Chris Siers
Previous Next
Posted Friday, May 6, 2022 11:01 pm

FRANKLIN — A night after picking up a big win at Lawrence County, Marshall County coach Mike “Monk” Reese knew his team would have to play some sound defense against a talented Page Patriot squad, as well as match the Patriots’ production at the plate.
Take away one tough inning, and the outcome might have been a little different than the 7-3 Patriot victory.
“We had a bad inning, they really swung the bat though. We didn’t make any errors in that inning, but we had two walks and they got us on that squeeze,” Reese said.
The Tigers felt good through the first two innings with Bailin Luttrell dealing on the mound.
The Patriots managed just a single base hit in the first inning and were sat down in order in the second frame.
It was a solo dinger by Reid Mitchell in the top of the third that had the Tigers on top early.
But after the solo shot by Mitchell, the hot-hitting Patriots went to work in the bottom of the third.
Back-to-back singles to lead off the inning, followed by a squeeze, tied the game at one apiece.
Page followed with a two RBI single and a RBI single to bump the lead to 4-1.
The Patriots plated two more runs in the inning, seemingly blowing the game wide open.
“They hit some really good pitches. I thought Bailin threw some really good pitches and they reached down and got it. They’re a great-hitting ball club,” Reese said.
Needing to mix up the strategy, Reese went to reliever Eli Cross, who worked out of a jam in the third inning and recorded the final out, stranding three on base.
“Bailin had a tough night, they just got some hits. He was throwing good pitches. We changed it up a little bit with some off-speed and Cross came in and did a good job,” Reese said.
After working out of the jam in the third, Cross pitched to contact and sat down the Patriots in order.
Page did mange to play add on in the bottom of the fifth when a bloop single fell inside the right field foul line, bringing home a seventh Patriot run.
The Tigers, despite trailing 7-1, orchestrated a little late-game magic.
With two out in the seventh, Cross helped his own cause and reached via error and allowed John Thomas to score.
Rob Hawkins followed with a RBI single, driving home James Hery to cut the Patriot lead to four runs.
But even with the late-game surge, Page was able to record the final out and stay perfect in the winner’s bracket of the District 8-AAA tournament.
“Our guys knew going in we were going to have to hit with them and play defense. Our guys understood what kind of ball club we were facing. We thought if we came in and did the things we were supposed to, we would be in the ball game. If you’re in the ball game and playing close, anything can happen,” Reese said.
Mitchell led the Tigers at the plate, going 2-for-3, while Hawkins went 1-for-1.
Both recorded a RBI against the Patriots.
Luttrell took the mound to start and pitched 2 2/3 innings before Cross took over and pitched the final 3 1/3 innings.
While the loss stings, Marshall County gets a rubber match game against Spring Hill in an elimination game on Saturday night.
“Tomorrow is a new day and they know that. I think we’re playing Spring Hill in the 5 o’clock game. We split with them this year. I would say our guys feel pretty good. We’re ready to go, pitching wise. We feel good there, too,” Reese said.
The Tigers take on the Raiders after splitting with Spring Hill, winning 2-1 in their first meeting, before falling 4-3 in Game 2.