Offense a struggle for Tigerettes on Senior Night

LEWISBURG — Offense proved a struggle for Marshall County on Tuesday night against visiting Lawrence County.The Lady Wildcats put nine players in the scoring column and took a 53-22 win over …

Offense a struggle for Tigerettes on Senior Night 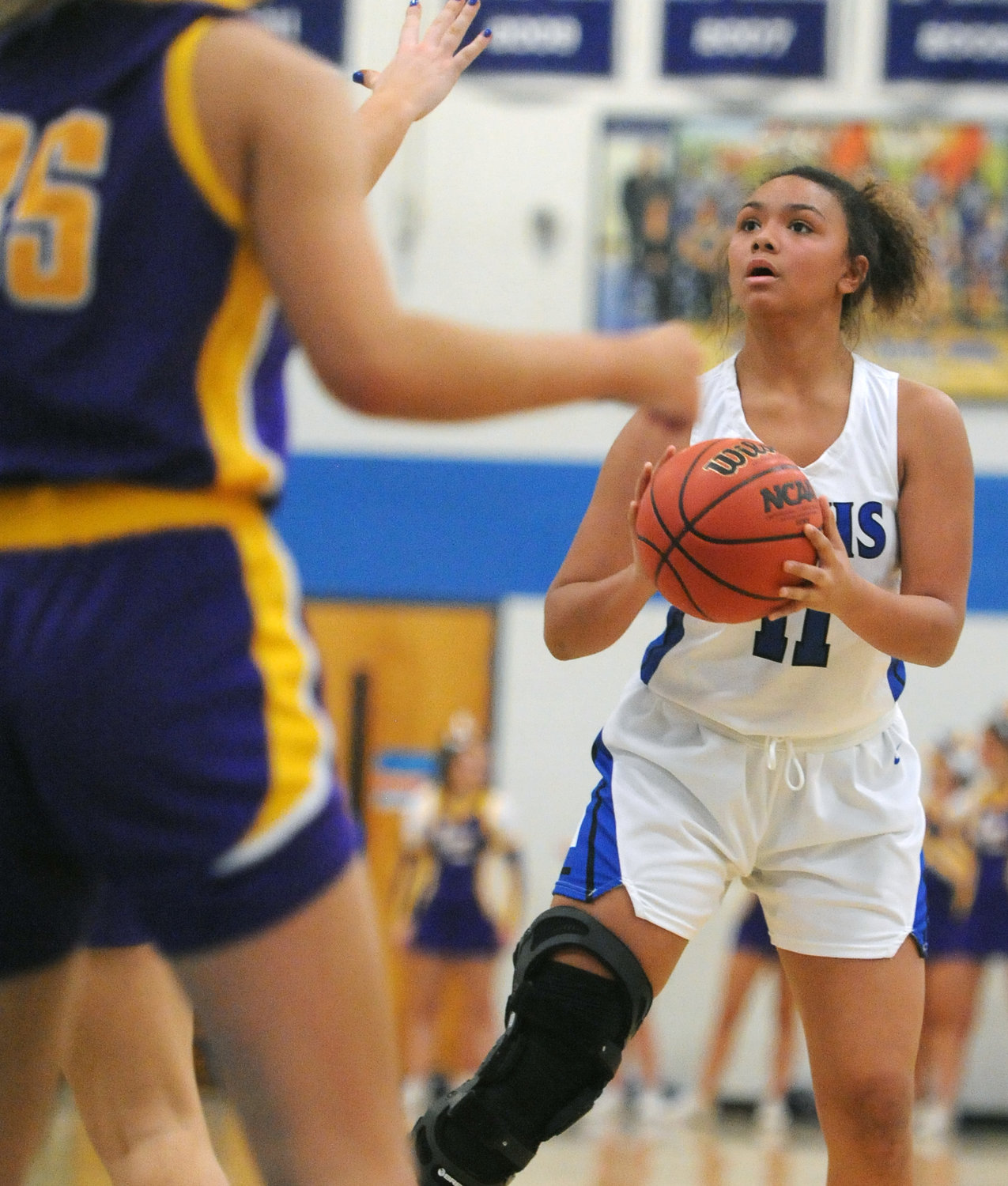 Demiyah Blackman squares up and fires off a 15-footer. She led the Tigerettes with 10 points on Tuesday.
Tribune Photo by Chris Siers 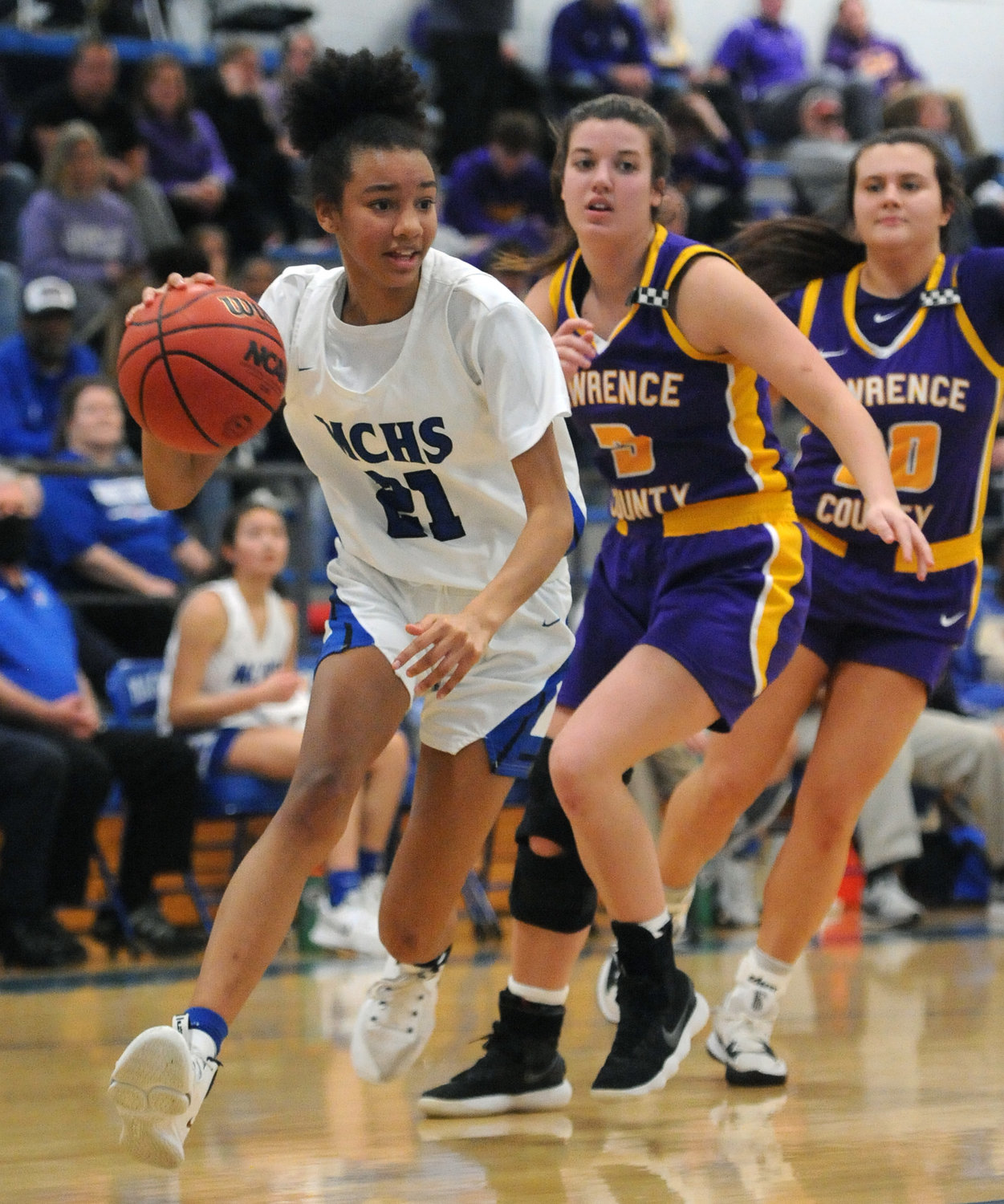 Mashawna Ridley drives to the rim and goes up for two.
Tribune Photo by Chris Siers
Previous Next
Posted Thursday, February 10, 2022 11:11 am
By Chris Siers ~ sports@t-g.com

LEWISBURG — Offense proved a struggle for Marshall County on Tuesday night against visiting Lawrence County.
The Lady Wildcats put nine players in the scoring column and took a 53-22 win over the Tigerettes.
Lawrence County jumped on the Tigerettes out of the gate took a 13-5 lead after just one quarter of play.
In that opening frame, five different Lady Wildcats were able to find their way into the scoring column, while Marshall County was limited to just two made field goals—a 3-pointer by Maggie Steely and a basket by Mashawna Ridley.
Things didn’t improve much more in the second frame as Lawrence County got big minutes from Payton Morgan and Jacie Scott, both of whom scored six points in the frame to power a 20-point second quarter.
By halftime, Lawrence County had built a 33-9 lead.
While offense proved a struggle for much of the first half, it was Demiyah Blackman who gave the Tigerettes a spark in the third frame as she rattled off all eight of Marshall County’s points in the third quarter.
But as much of a spark as she gave the home team, the Lady Wildcats closed out the game on a 14-5 run to preserve the 31-point win.
Scott and Morgan led all scorers with 14 and 12 points, respectively, as Lawrence County shot an impressive 60% from the floor.
Blackman led the Tigerettes with 10 points.
Marshall County closes out the regular season on Thursday night at Page.