On Tuesday, the NFL had its annual judgement day in which teams had to cut to the 53-man mandate roster and among the roster purges was former NFL MVP Cam Newton as he was cut from the New England … 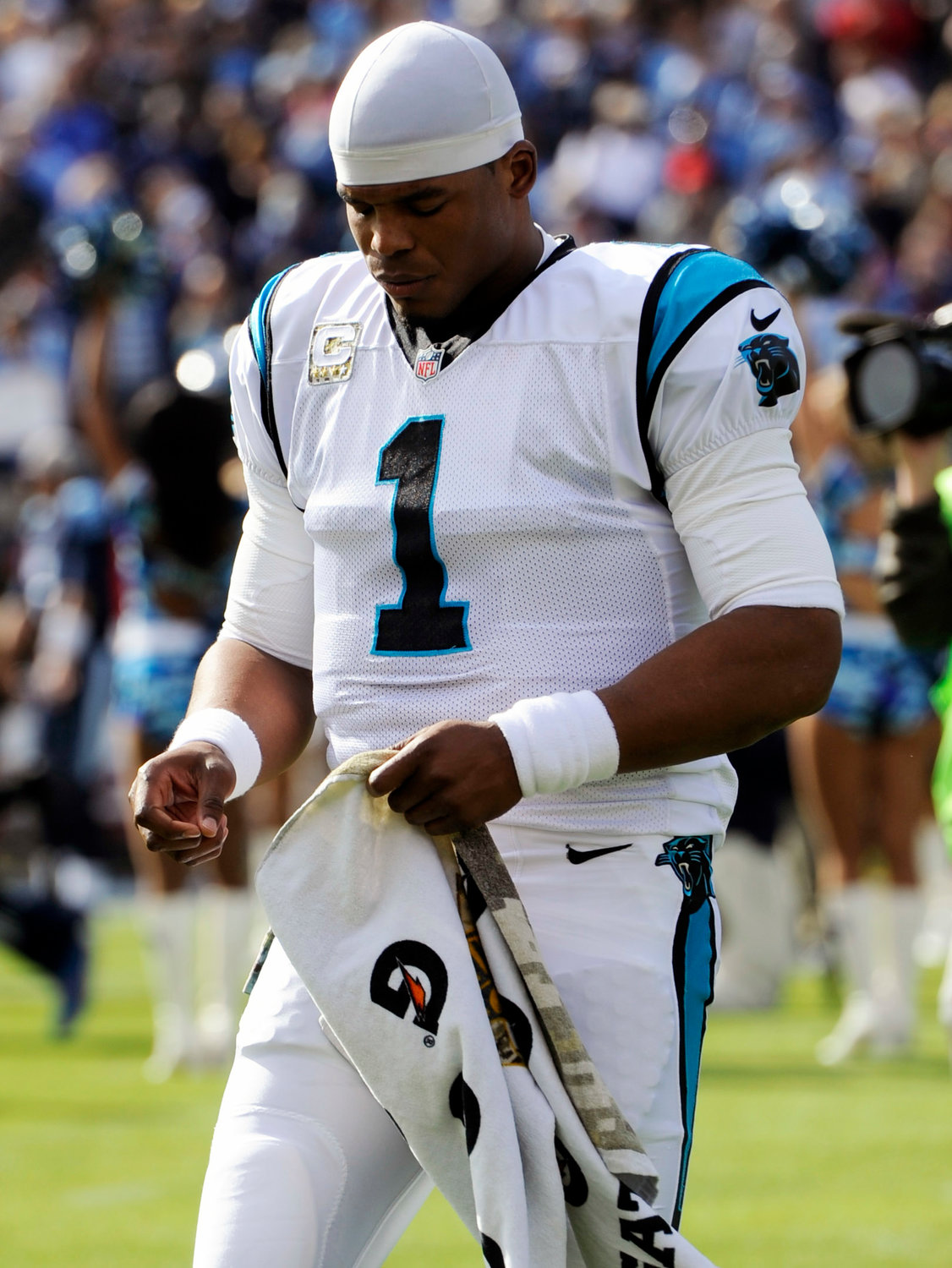 Cam Newton, who won the 2015 NFL MVP with the Carolina Panthers, was released by the New England Patriots on Tuesday.
Tribune Photo by Chris Siers
Posted Thursday, September 2, 2021 1:47 pm
By Chris Siers ~ sports@t-g.com

On Tuesday, the NFL had its annual judgement day in which teams had to cut to the 53-man mandate roster and among the roster purges was former NFL MVP Cam Newton as he was cut from the New England Patriots.

Newton, who was drafted by the Carolina Panthers in 2010, led the Panthers to the Super Bowl during the 2015 season and earned MVP honors in the process.

But since then, Newton has been plagued with injuries that led to a pair of shoulder surgeries and a foot injury that ultimately led to his departure from Carolina.

Last season, Newton was signed by the Patriots to a league minimum deal, but a less-than-stellar outing prompted the New England front office to draft a quarterback in 2021.

On Tuesday, it was announced former Alabama quarterback Mac Jones would get the nod and start as QB1 in New England — and that Newton was out of a job.

There’s plenty of reasons why a landing spot in Nashville makes sense.

Why it makes sense

There’s zero question that Ryan Tannehill is the leader of the Titans. His resurrected career is nothing short of a phoenix tale that has the Titans poised for a super bowl run, but depth can be a scary thing in the era of COVID.

As the Titans found out last week with several key players, including Tannehill and head coach Mike Vrabel, being quarantined and forced to sit for the preseason finale.

Since Marcus Mariota’s departure, QB2 has been a bit of a revolving door for the Titans and truly, the 2021 roster battle was no different.

Logan Woodside and Matt Barkley were the only two quarterbacks on the roster to make an appearance in the preseason finale against Chicago.

Barkley threw for 126 yards, but completed just 7-of-15 passes with an interception. Woodside looked more polished, perhaps to his familiarity with the playbook, completing 12-of-17 passes for 100 yards, with a touchdown and an interception.

The question becomes, can Newton deliver something either Barkley or Woodside can’t? And the answer is yes.

Newton’s game is incredibly diverse, when healthy. He can deliver the ball downfield, but can also tuck and run the ball.

Newton’s sheer athleticism is what he hung his hat on for all the seasons in Carolina.

Newton completed 66% of his passes a season ago for more than 2,600 yards, but had just eight touchdowns against 10 interceptions. Where he stands out from most backups is his ability to rush the ball. For New England last season, he ran the ball 137 times for 592 yards and had 12 touchdowns.

This stat alone makes defense play honest and quite frankly, opens the playbook.

He’s been known to run the ball perhaps a little more than he should, but imagine a backfield in which Derrick Henry lines up and you have Cam Newton snapping the ball. If Cam is healthy, that’s a dangerous combination, should Tannehill be sidelined for whatever reason.

Another big addition is the intangibles. Cam is a proven leader and has a magnetic personality. He could be a great locker room presence and give this team more personality than it perhaps already has. Newton is a vocal guy who isn’t afraid to speak up. If healthy, Cam Newton is a more-than-adequate backup and certainly would be ahead of a Logan Woodside or Matt Barkley should Tannehill be sidelined.

Why it doesn’t make sense

Cam Newton won the NFL MVP during the 2015 season. He truly hasn’t been the same since.

He’s had two shoulder surgeries and suffered a Lisfranc injury in 2019 that ultimately ended his time in Carolina, following the departure of then-coach Ron Rivera.

Newton posted his most accurate passing season in 2018, completing nearly 68% of his passes for just short of 4,000 yards. But injury struck and he finished his season on the sideline.

In 2019, when he suffered his Lisfranc injury, his ability to run the ball became somewhat diminished. He appeared in just two games. Since then, it’s been a mixed bag of results.

Surely the potential of a career resurrection is there, but we’re talking about a backup role for the former MVP, not a primetime starting role.

The issue of injury seems to be the biggest negative for why Newton shouldn’t be considered. Currently, Woodside and Barkley are both healthy.

Newton didn’t look to have all the pieces together in his final preseason game with New England, completing just 2 of 5 passes for 10 yards.

Two of his incomplete passes skipped the turf several yards in front of his intended target, bringing speculation about the quality of his throwing arm.

What’s the point in bringing a quarterback if he can’t throw?

What’s next for Newton?

What’s next for Newton is anyone’s guess, but the wildcard in the whole conversation is COVID. Should a star quarterback test positive, it could leave several teams in a quandary without a viable backup. Perhaps Newton’s best bet is to stand pat and wait until teams come calling. With the current spread of the coronavirus, it’s just a matter of time before someone needs him, even in a diminished capacity from his 2015 peak.

But for the Titans, they could be ahead of the curve if they jump on his availability now.