Mary Myers Lambert, 102, died peacefully on Monday, the 9th of January at NHC Lewisburg. She was the daughter of the late Gertrude Line Myers and Samuel LeRoy Myers.

Born in Rogersville, TN, she … 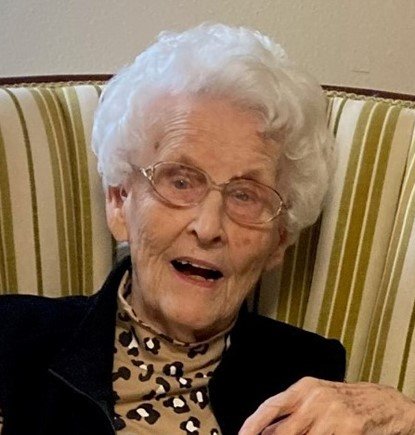 Mary Myers Lambert, 102, died peacefully on Monday, the 9th of January at NHC Lewisburg. She was the daughter of the late Gertrude Line Myers and Samuel LeRoy Myers.

In addition to her parents and husband, she was preceded in death by her twin brother, John: other siblings; James, Albert, Louise Harris, Sally Green, Sam, Clifford, and Nancy Thompson: and her son, Edgar Folk Lambert, III.

She was a consummate musician and served as the organist for the First Baptist Church of Lewisburg for forty years and provided musical accompaniment for all kinds of other services and programs. She was active in her church in other ways and was a dedicated member for 82 years. Her knowledge of the Bible was extensive and well known.

After the death of her husband in 1971, she embarked on a new career in the Lewisburg School System. She taught upper elementary students in the Jones Elementary School for fifteen years before her retirement. She served on the Lewisburg City Council and was also involved in the agricultural pursuits of farming and dairy management, had rental properties and other business interests. Mrs. Lambert was an avid reader, always well-informed on local and national issues, and a careful steward of those resources under her control. She had a keen sense of humor and believed that we each have the major responsibility for conscious and thoughtful self-determination. She certainly did!

Her sons thank Carole Ann Lambert and Joan Carter for practical assistance and sustaining friendship especially during the last two years of her life.

The family will receive friends at the London Funeral Home on Friday, January 20th, from 4 until 8 p.m. and on Saturday, January 21st, at 1 p.m. at First Baptist Church of Lewisburg, with the funeral to follow at 2 p.m.. The Reverend Tom Dumser will officiate and pallbearers will be the grandsons. The burial will follow at Lone Oak Cemetery, Lewisburg.

In lieu of flowers, the family requests that memorials be made to Lewisburg First Baptist Church or to a charity of one’s choice.

London Funeral Home is assisting the family with arrangements.