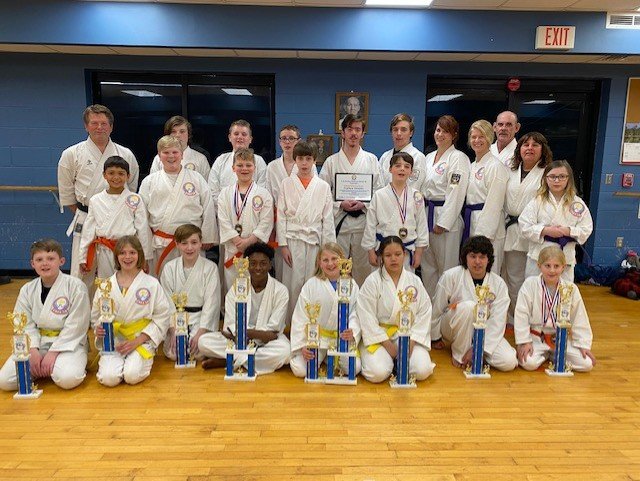 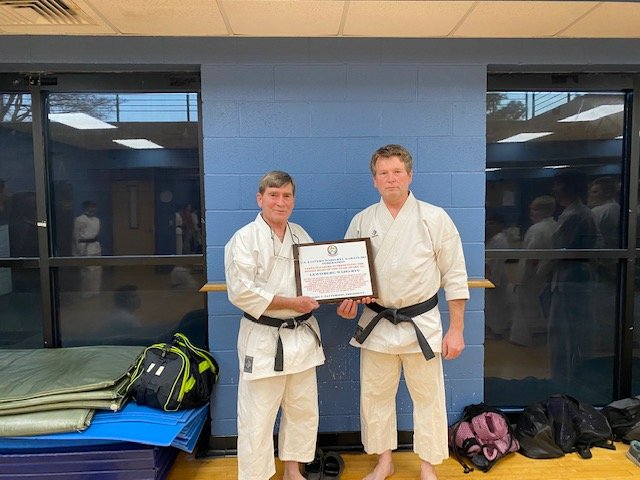 For the second time in the last three years, Lewisburg Wado-Ryu Karate School was the winner of the Single Dojo of the Year Award. Roe Carter and Michael Burgess proudly hold the award which was given in recognition of outstanding service in the best interest and in the highest traditions of the U.S. Eastern Wad-Ryu Katate-Do Federation by producing countless new members and support to our federation.
Submitted photo 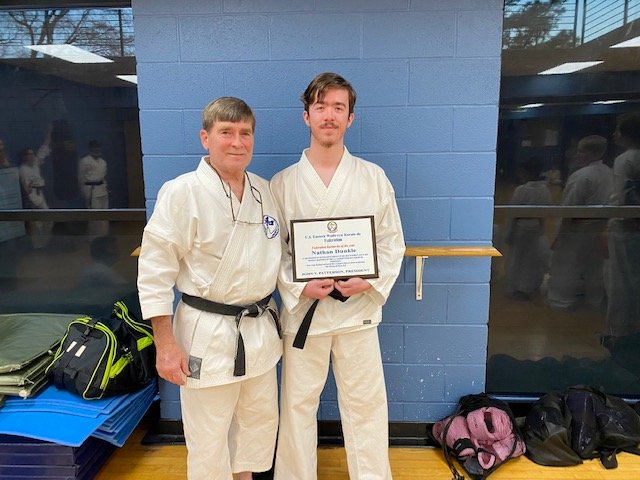 Nathan Dunkle, a student of Sensei Carter’s, was awarded the Student of the Year for the U. S. Eastern Wado-Ryu Federation. Dunkle started under Mr. Carter in 2013 and holds the rank of second degree black belt. He is a student at Cornersville High School. Pictured are Roe Carter and Nathan Dunkle.
Submitted photo
Previous Next
Posted Thursday, April 14, 2022 9:50 am