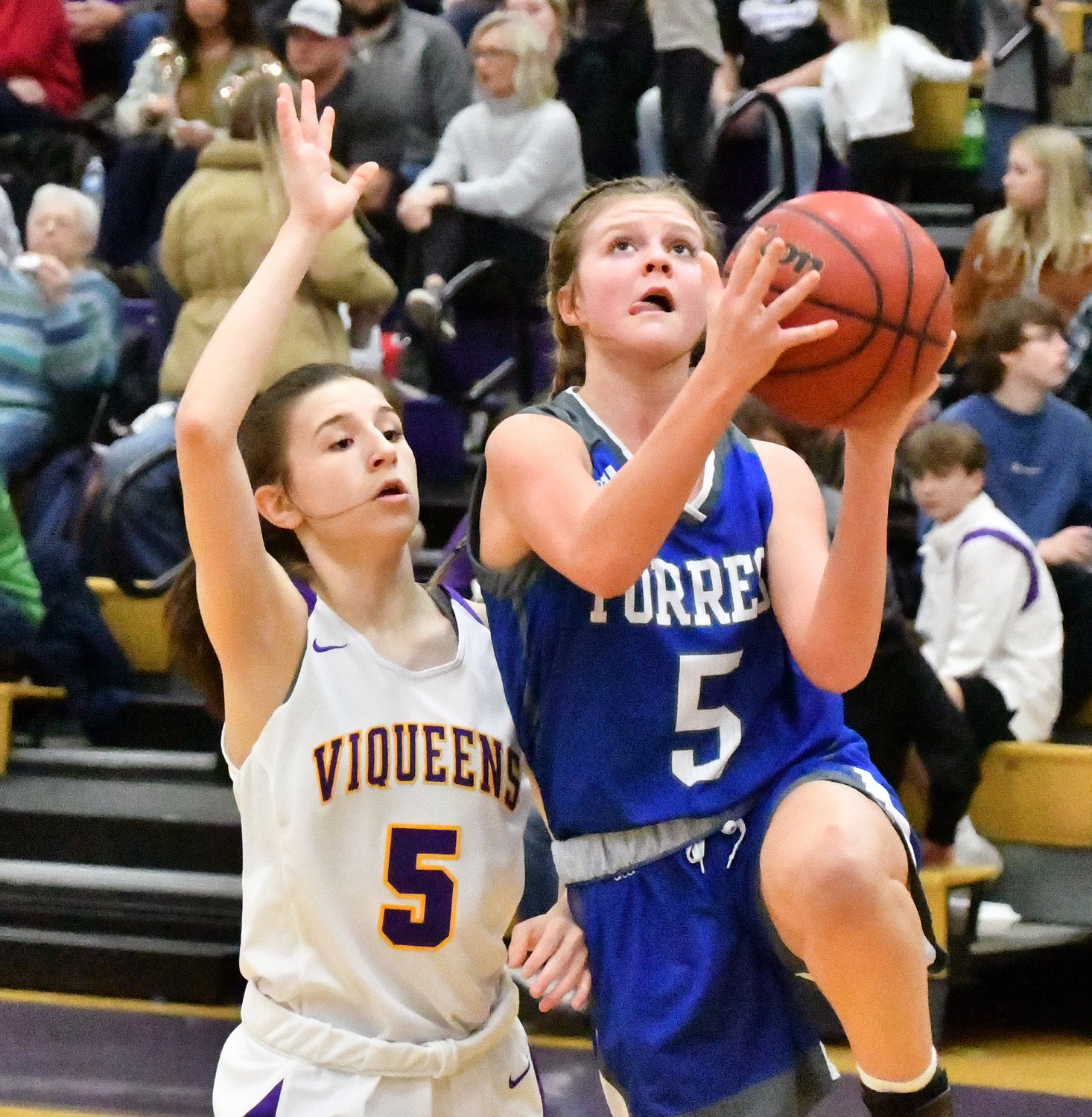 UNIONVILLE — The Community Viqueens outscored the Forrest Lady Rockets in each quarter and pulled away for a 62-44 victory Friday night to clinch the top spot in the District 7-AA regular season basketball standings.
Community (18-7, 5-0) won for the eighth straight game and stayed unbeaten in district play.
Forrest (8-13, 3-2) used six points from Addison Bunty and five points from Macyn Kirby to account for 11 of its 13 points in the opening quarter.
Meanwhile, Haley Mitchell drilled three treys to give the Viqueens their first nine points while M.J. Simmons added four points.
The Viqueens took a 15-13 lead to the second quarter.
Kirby stayed hot for the Lady Rockets with five points, but Simmons scored 10 points and Izzy Martinez came off the bench to tally five as the Viqueens scored the final six points of the quarter and took a 30-20 lead to the intermission.
The Viqueens scored the first six points of the third quarter to complete a 12-0 run and increase their advantage.
Mitchell scored five points to lead five Community players in the scoring column while Kirby connected on six free throws for Forrest.
The Viqueens led 45-31 with one quarter to play.
Mitchell stayed hot with seven points while Simmons and Breanna Whitaker each scored five as the Viqueens maintained their double-digit lead in the final quarter.
Led by four points each from Kirby and Ryann Lewis, the Lady Rockets were able to cut the Viqueen lead to 53-42 with 3:34 remaining, but Community regained the momentum after a timeout to score the next nine points and took its biggest lead at 62-42 in the final seconds.
Simmons led the Viqueens with 22 points while Mitchell added 21.
Kirby led the Lady Rockets with 20 points.
Both teams were successful at the free throw line.
The Viqueens were 11-of-13 at the stripe while the Lady Rockets were 9-of-10.