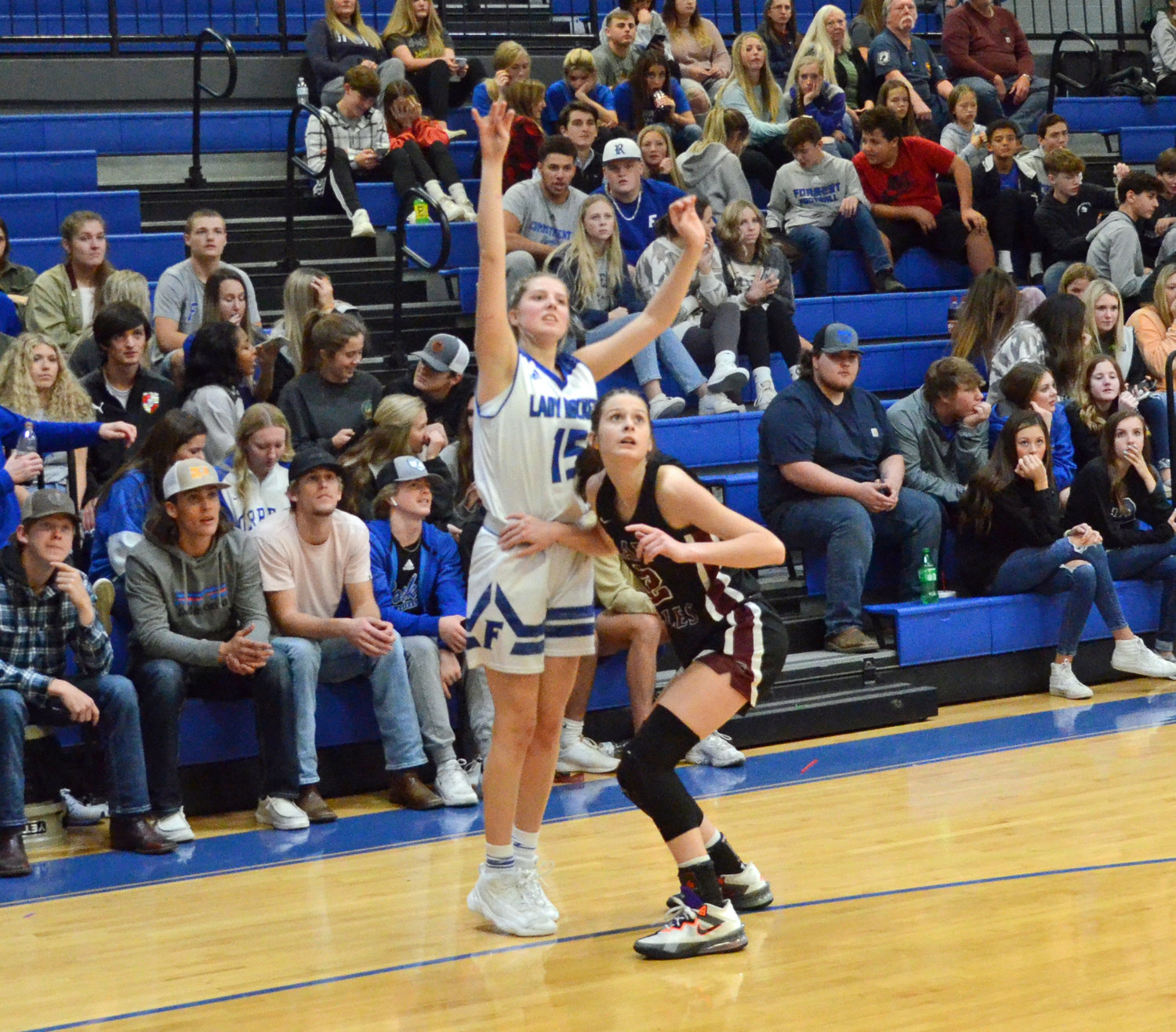 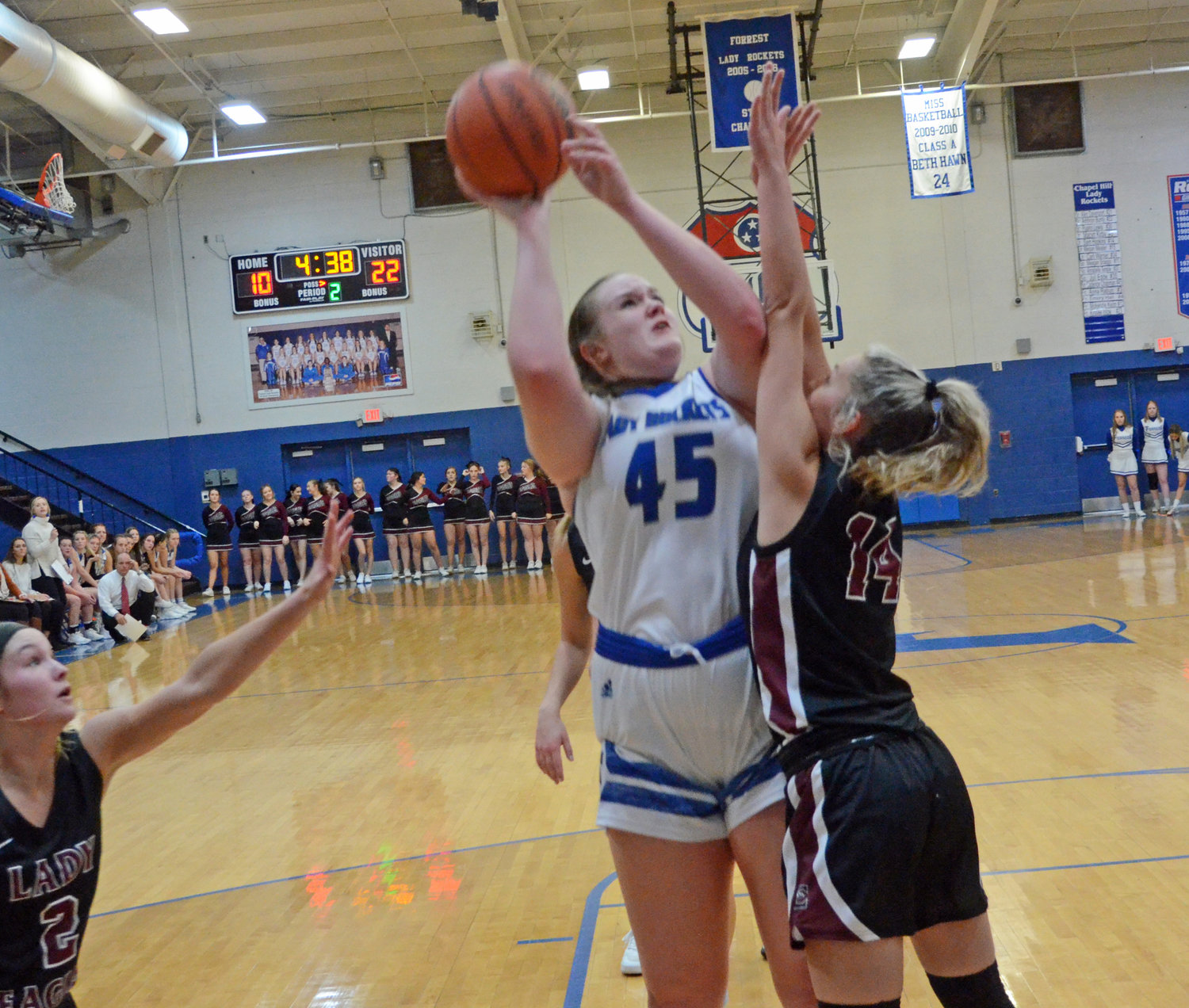 Cadence Chapman (45) knocks down two of her six points in the low post for Forrest. 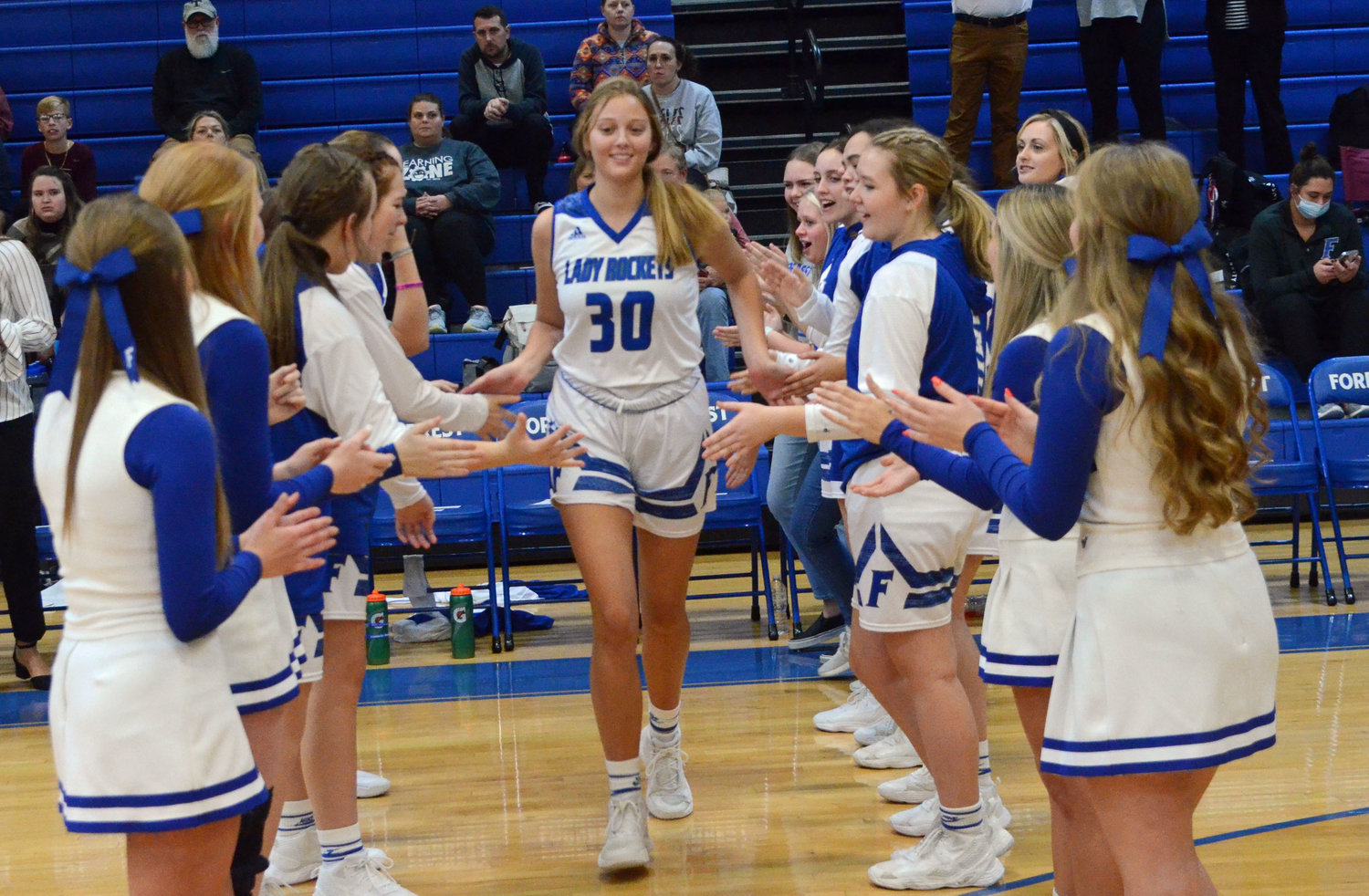 Ryann Lewis runs out before the game versus the Lady Eagles. 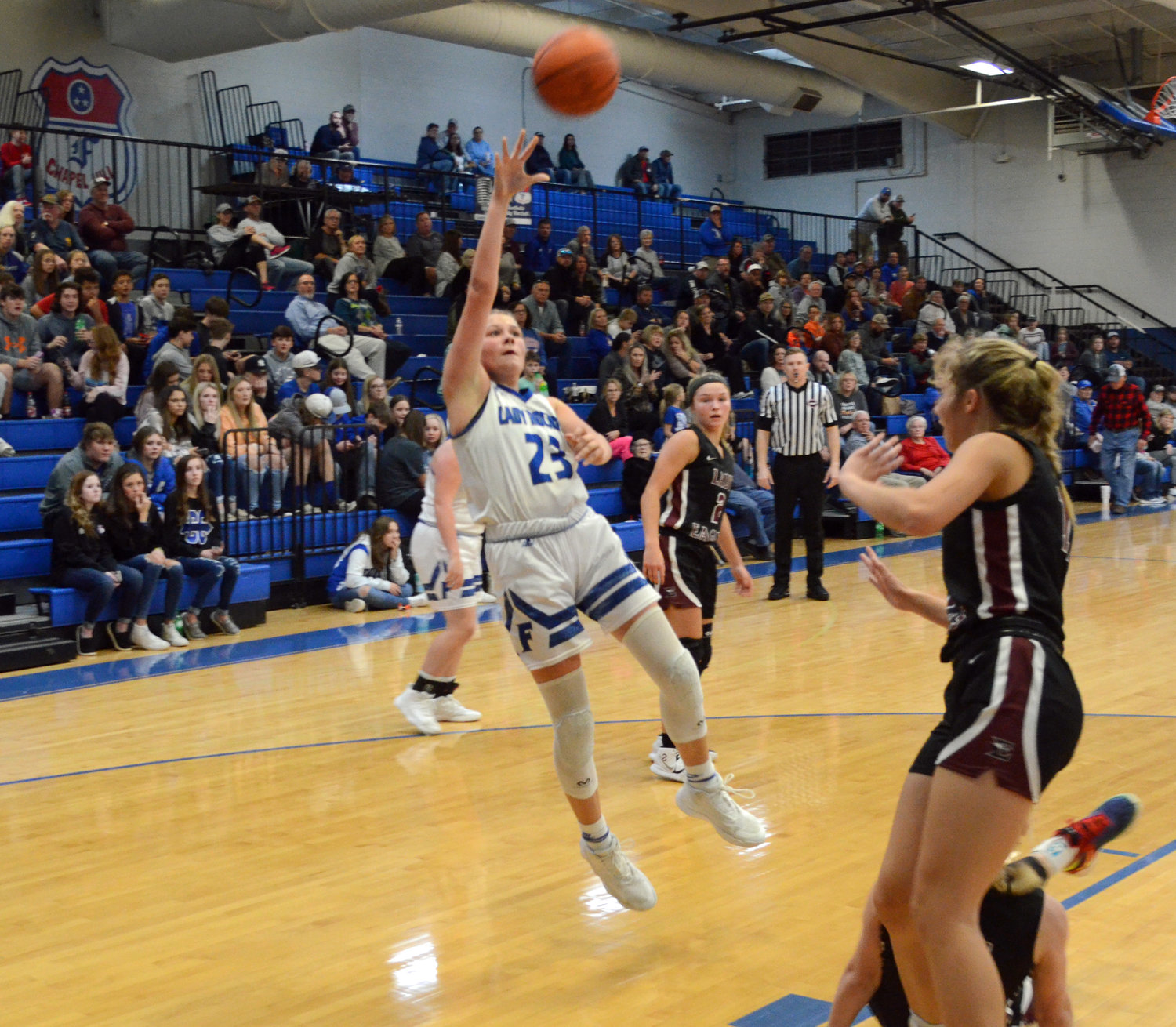 It must have been some rust or maybe too much turkey for the Lady Rockets, who came out slow after the Thanksgiving break and suffered their first loss of the season.

Forrest hosted the Eagleville Lady Eagles in an always heated rivalry game at Chapel Hill where the Lady Rockets fell behind early and never were able to catch up in the 51-36 setback.

“Give Eagleville all the credit in the world, they kind of punched us in the mouth to start the game,” Forrest coach Hal Murrell said. “We knew their backcourt was very dynamic and that’s what makes them go and we had hoped that would could have closed some gaps and keep those girls from dribble penetrating and opening up some drives and kicks and we didn’t do that.”

Eagleville scored first and then went coast-to-coast behind a big 20-point first quarter and a 13-point lead.

The Lady Eagles only had five players in the scoring column, but four of them tallied double digit points with Isabella Sawyer leading all scorers in the contest with 14 points.

Shelby Mooneyham had one 3-pointer for the Lady Eagles, who improved to 3-1 on the season.

Forrest scored seven points in each of the first three quarters to trail 44-21, entering the fourth period.

They finally found some rhythm in the final period as Chapman scored on a tough bucket in the paint before Mealer went downtown once and scored on a drive to the hoop on back-to-back possessions.

Forrest also played tougher defense and held Eagleville to seven points in the final period while scoring 15 points, including a pair of 3-pointers by Mealer and one long bomb by Kirby.

The Lady Rockets make the trip to Lynchburg Friday night to take on the Moore County Lady Raiders (4-2) in another longtime rivalry contest before hosting Sycamore (3-1) on Saturday night at Chapel Hill.

“The beauty of all that is it’s still November and we will get to see them again in a week and a half,” Murrell said. “We are running through a stretch here where we had Eagleville….a very athletic team, a Moore County team on Friday that are extremely talented, a Sycamore team on Saturday that was 3-0 going in to tonight and then we have an athletic Giles County team, plus throw in Huntland, so we are in a stretch right now that will go a long way to us being a good team in February.”