LEWISBURG — It took a little longer than scheduled to complete the Wells Cup, featuring all three Marshall County High Schools, but in the end, the three-day event wrapped up on its second … 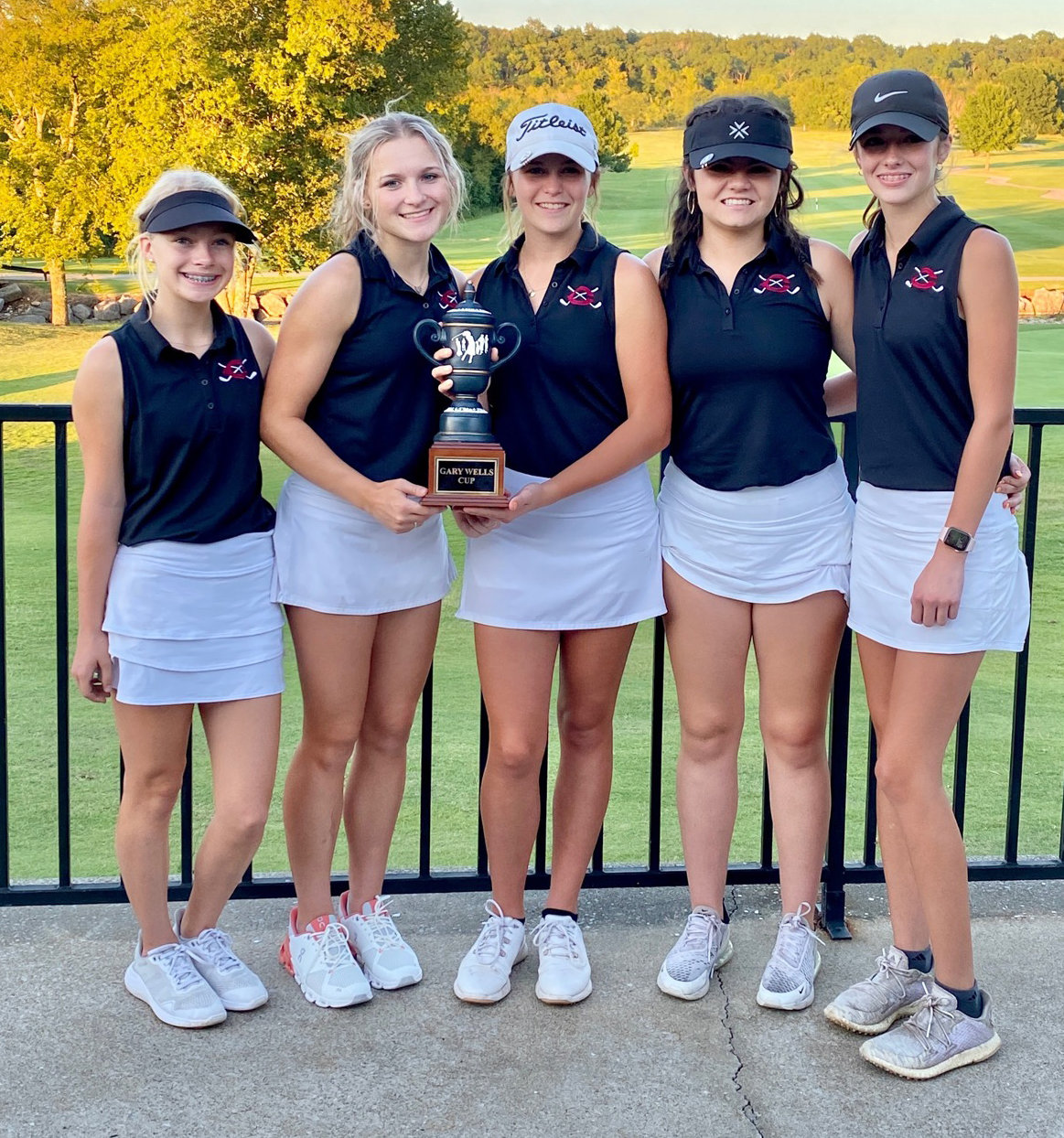 The Cornersville Lady Bulldogs took the team win in the Wells Cup, posting a three-day total of 264.
Submitted photo 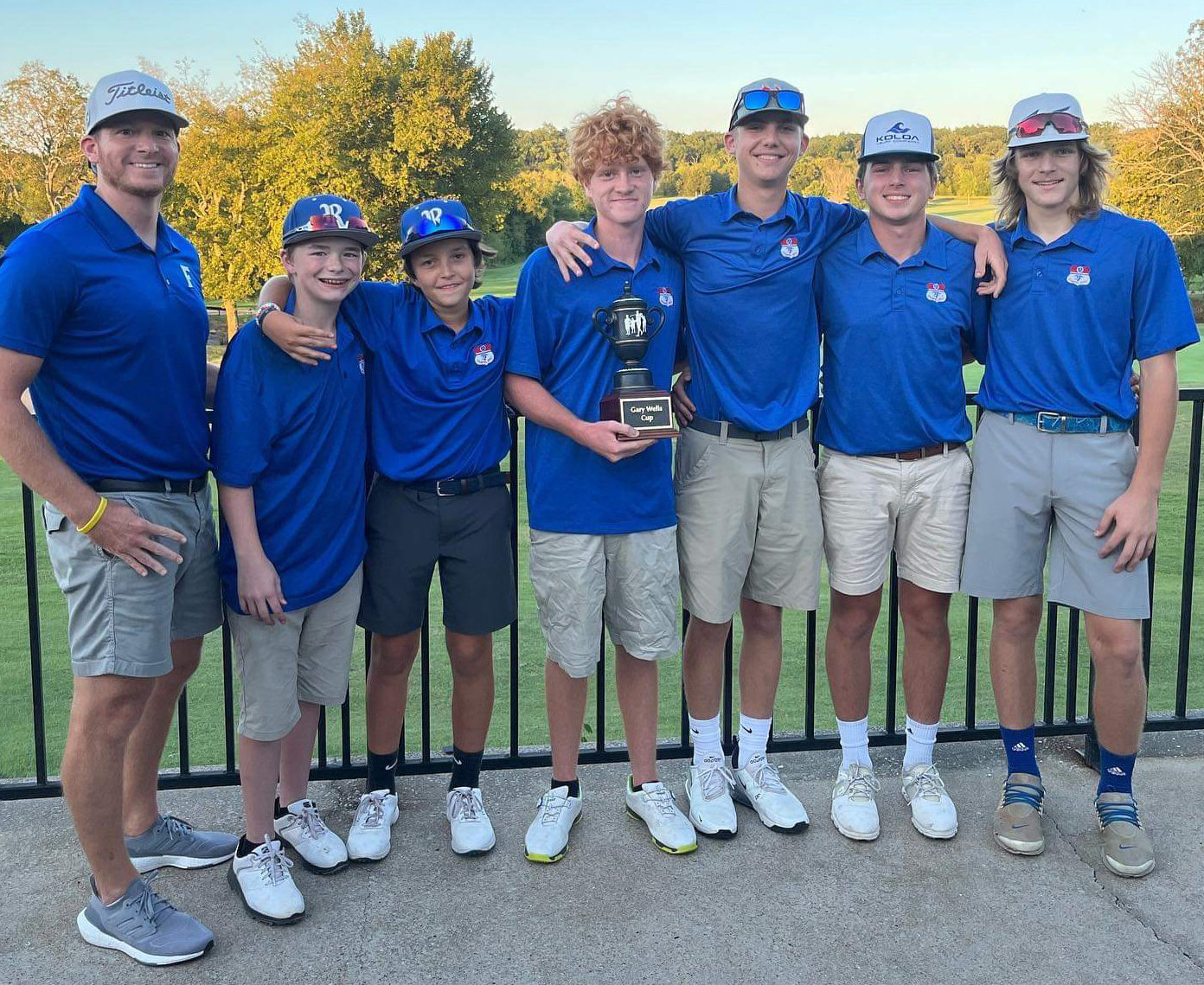 The Forrest Rockets posted a combined 542 three-day total for the team win in the Wells Cup.
Submitted photo 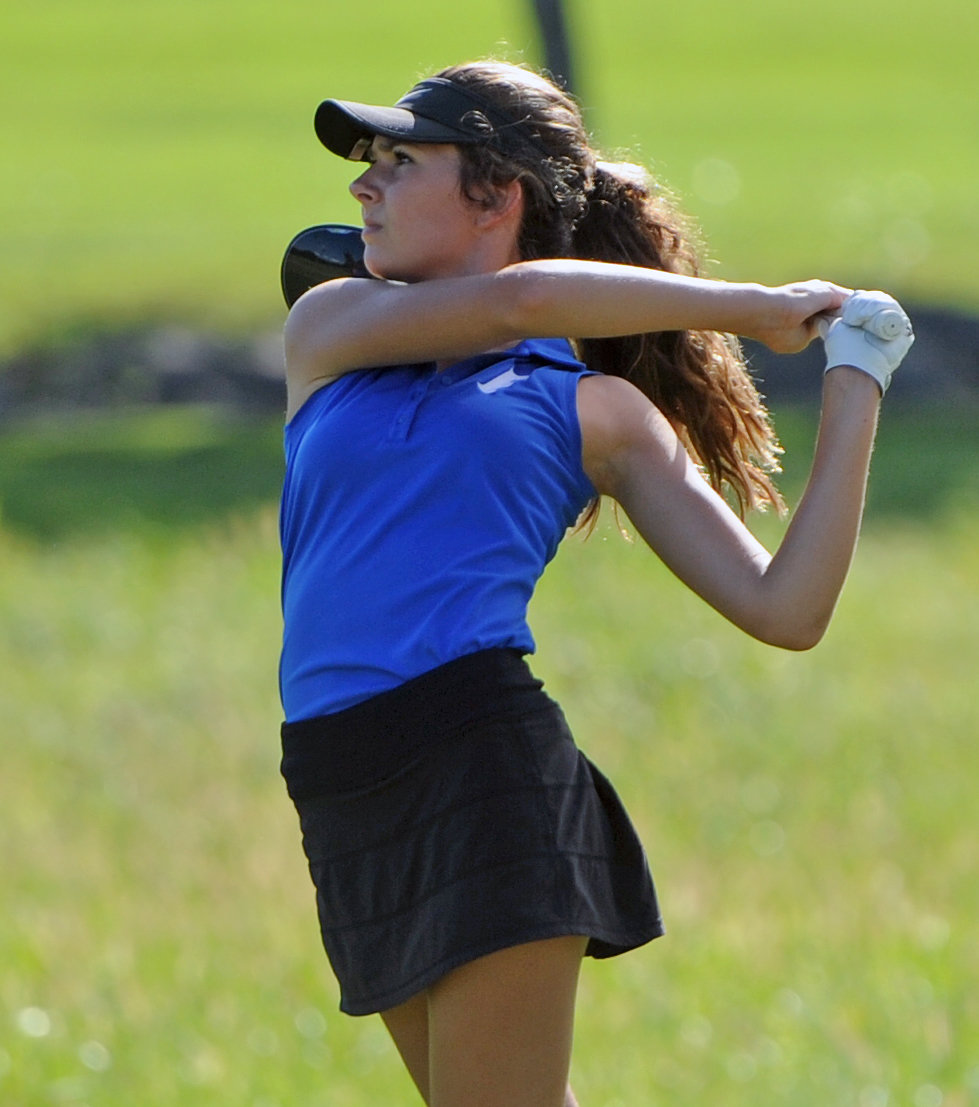 Forrest’s Maggie Browning shot a combined 118 in the three days played in the Wells Cup for low-medalist.
Tribune Photo by Chris Siers 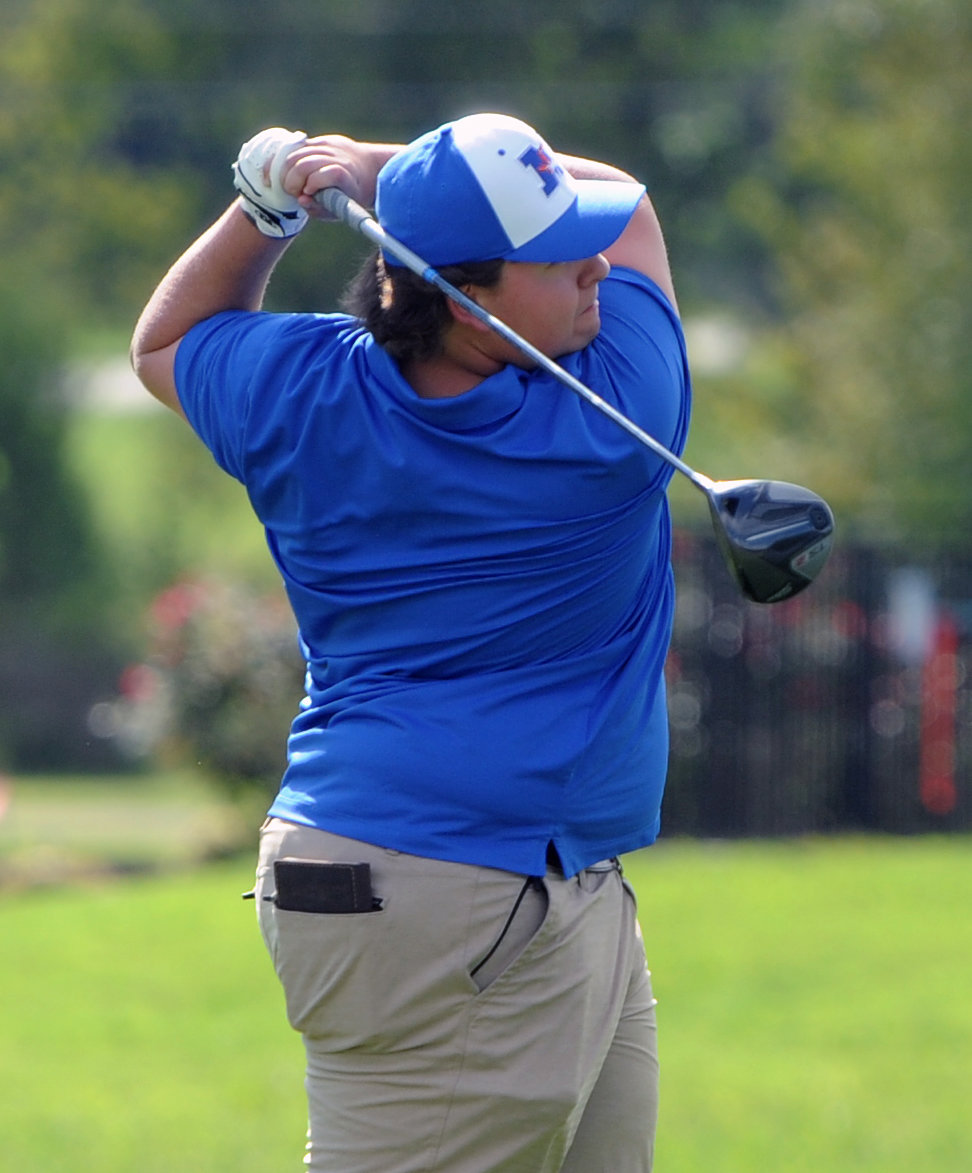 Easton McMahon edged out the individual win in the Wells Cup, taking the low-medalist honor by two strokes.
Tribune Photo by Chris Siers 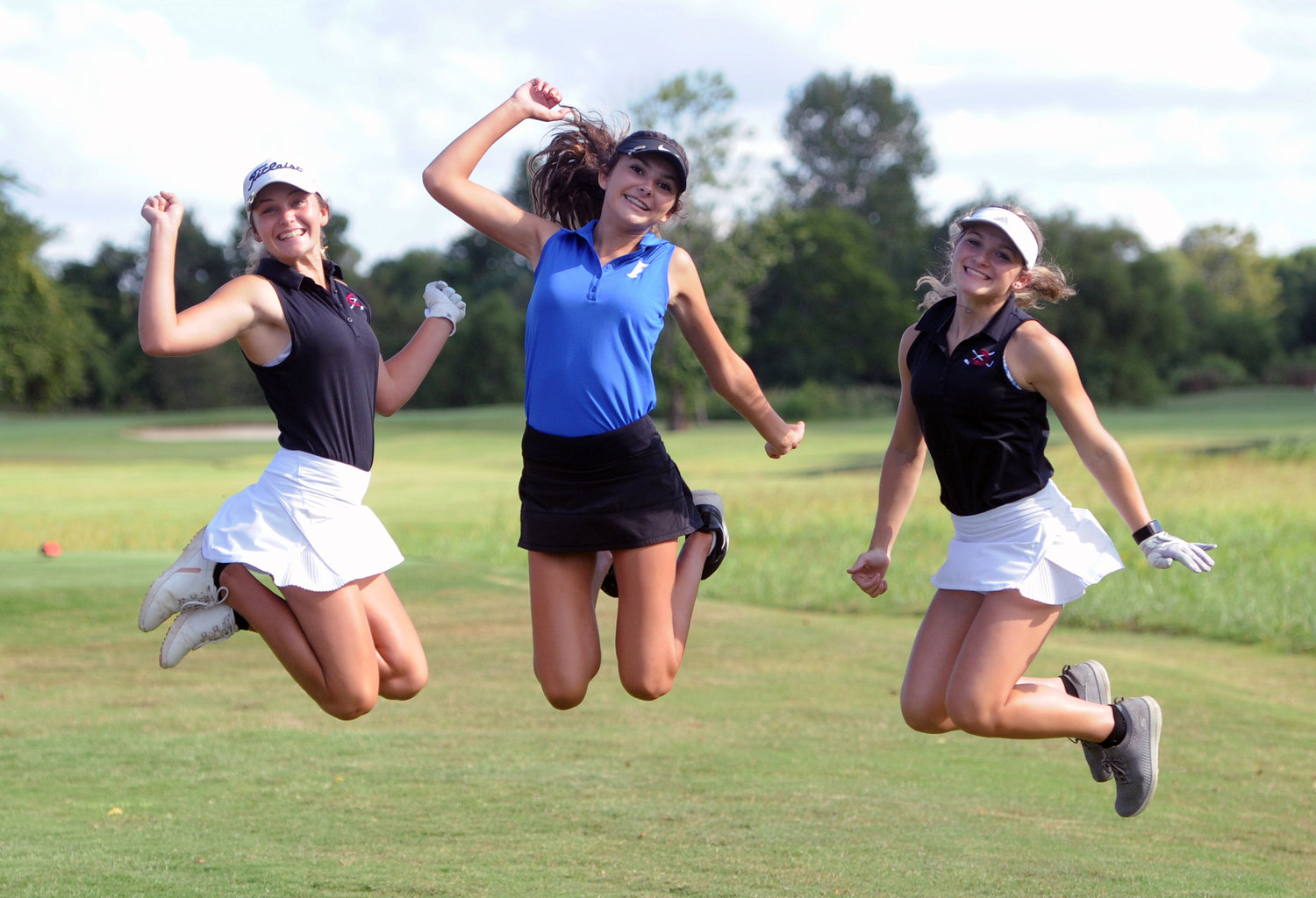 Cornersville’s Jayli Childress and Annabelle Mulliniks have a little fun with Forrest’s Maggie Browning before teeing off on Hole 2 at Saddle Creek.
Tribune Photo by Chris Siers 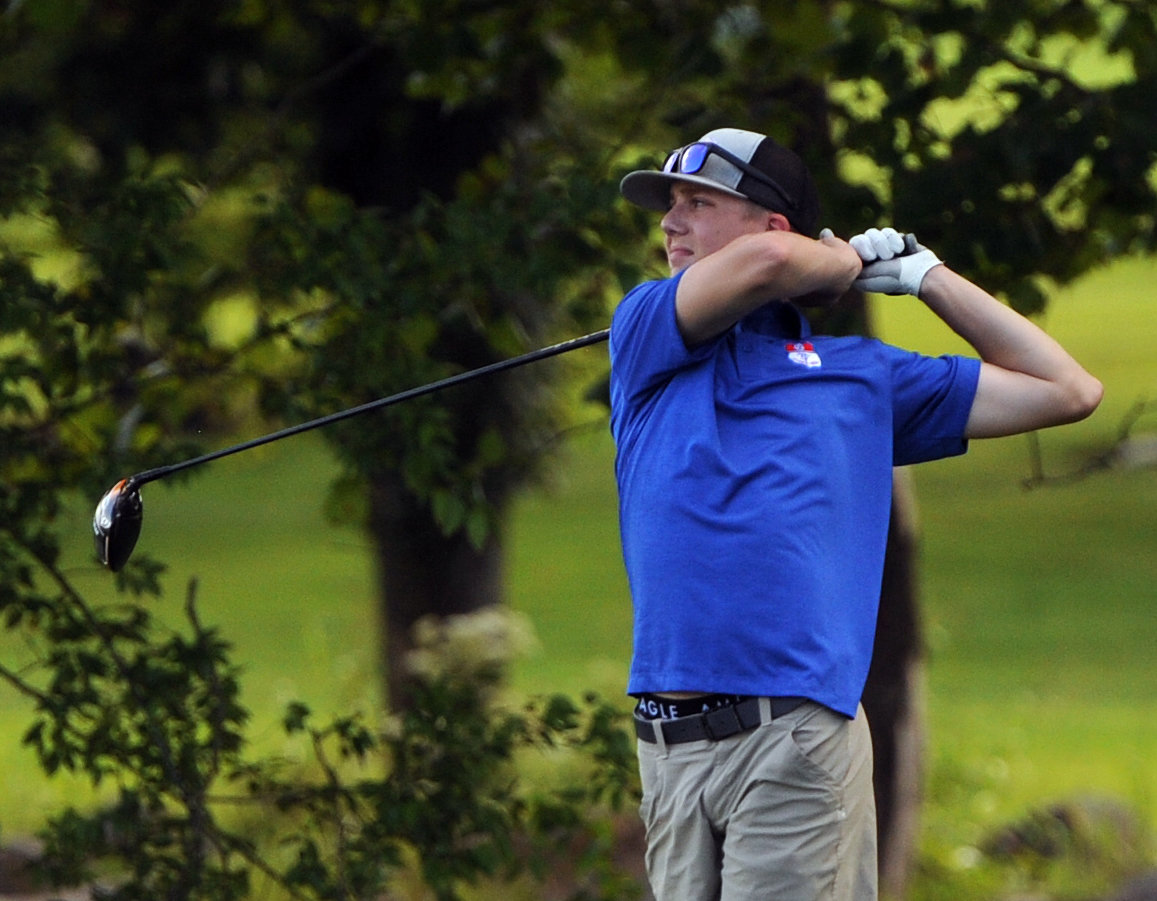 Kelton Grubbs tees off in Day 3 of the Wells Cup at Saddle Creek.
Tribune Photo by Chris Siers 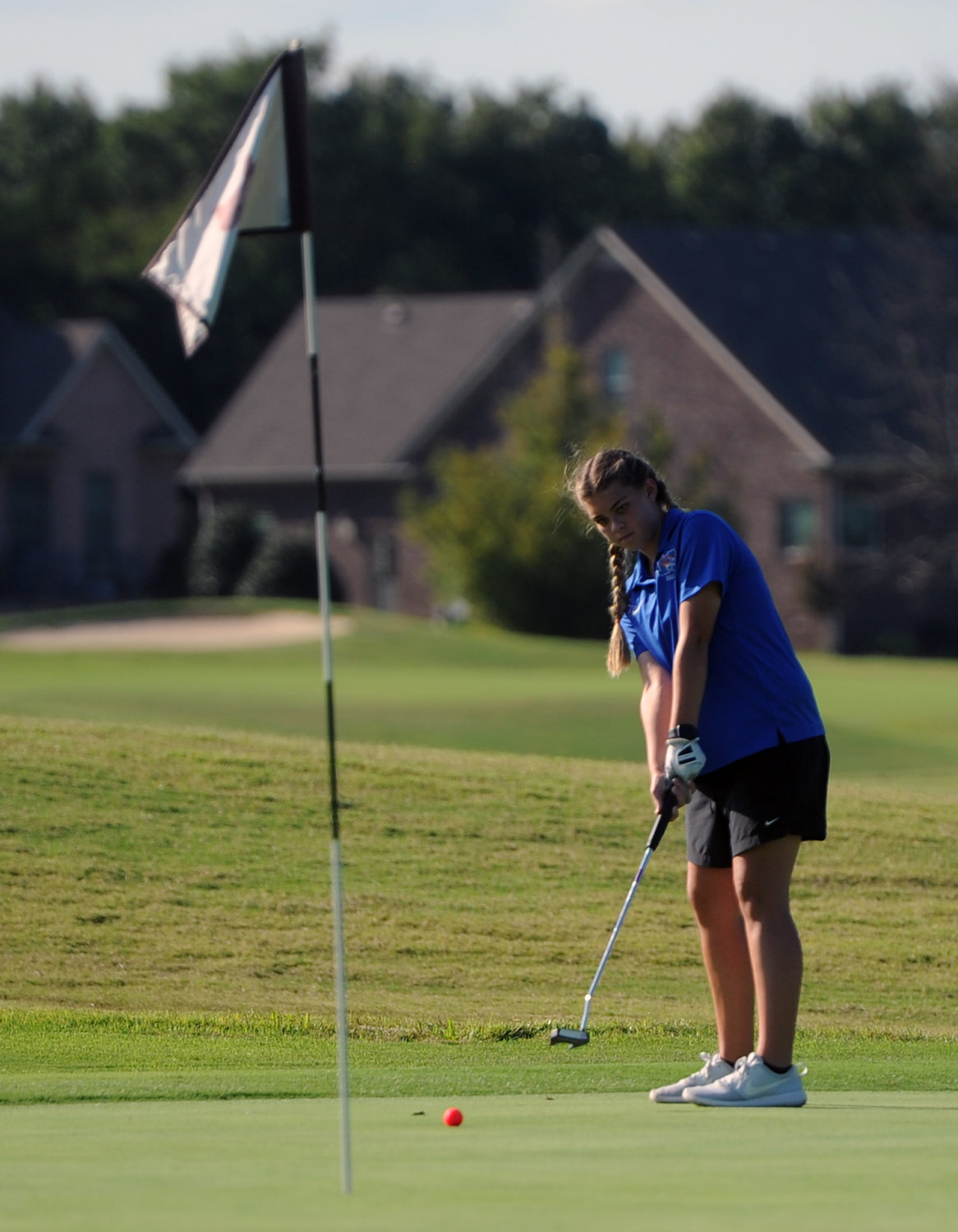 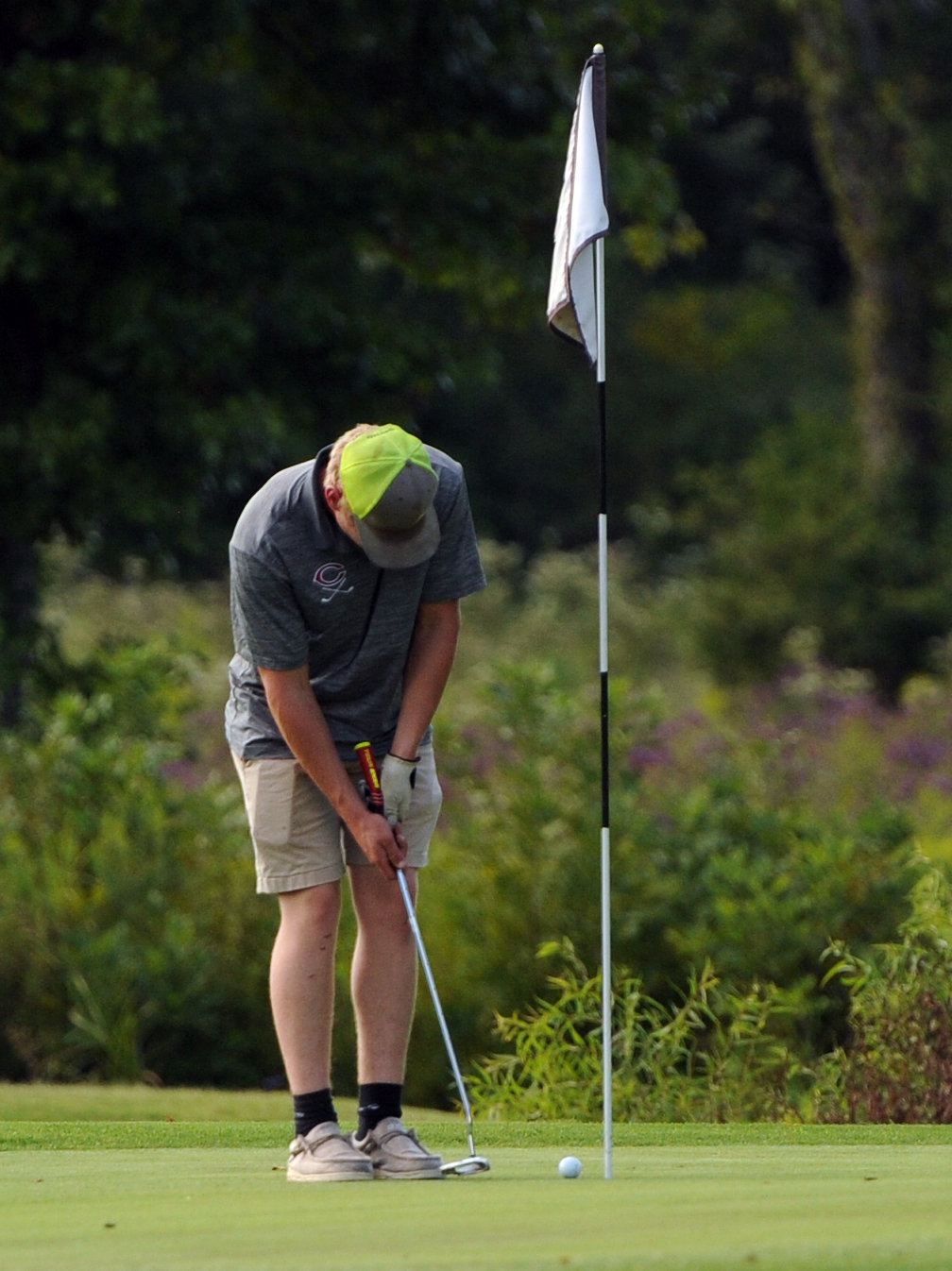 LEWISBURG — It took a little longer than scheduled to complete the Wells Cup, featuring all three Marshall County High Schools, but in the end, the three-day event wrapped up on its second go-around at Saddle Creek, after the first attempt was rained out last month.
In the end, it was the Forrest Rockets taking the team win in the Wells Cup, while the Lady Bulldogs claimed the team title in the girls’ side of competition.
Individually, Marshall County’s Easton McMahon edged out Forrest’s Noah Brown with a three-day score of 124 to earn low medalist honors.
He shot a 124, edging Brown’s 126. Forrest’s Kelton Grubbs finished third with a three-day total of 129.
In the team standings, Forrest turned in a three-day total of 542, while Cornersville finished with a 618.
Brown led the charge in Day 3 of the event, turning in a 42 to lead the Rockets to the win.
In the girls’ side of the event, it was the consistency of Cornersville’s Annabelle Mulliniks and Jayli Childress that led the Lady Bulldogs to the three-day total of 264.
While the Lady Bulldogs took the team win, Forrest’s Maggie Browning claimed low medalist honors, edging out Mulliniks, who finished four strokes back.
Browning turned in a three-day total of 118, while Mulliniks finished with a 122.
At Saddle Creek, the Forrest boys turned in a total of 188, with Grubbs and Williamson joining Brown in the 40s with a 47 and 48, respectively.
Luke Perry also shot a 51.
Coby Gibson turned in the round-low for the Bulldogs with a 44, while Micah Riddle carded a 51.
Ayden Campbell shot a 55 while Brax Hunter finished his round with a 60.
Browning continued her stellar play to capture the individual win by shooting a 36 for her final day in the tournament. Ava Edmonson turned in a 61 for a total 97 in Day 3.
Mulliniks and Childress each shot a 41 and a 46 to post an 87 team score.
Marshall County’s Nellie Neece finished her round with a 58.