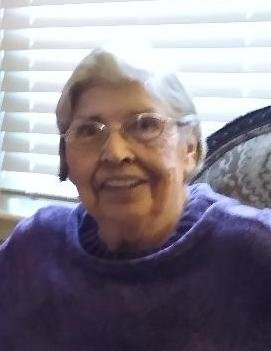 Judith (Judy) Searles Rizzo, 83, died peacefully at her home Tuesday, Dec. 21, 2021. Judy was born in Plainfield, NJ in 1938. She has been a Marshall County resident since 1975. Judy was a bus driver in the Cornersville School district for eight years. Further, her love for sewing spawned multiple careers that spanned both North and South America. She was an avid gardener and a voracious reader.

Survivors include three sons; Scott (Karen) Harrison of Gallatin, TN, Jon (Gina) Harrison of Pulaski and Tim Harrison of Lewisburg. She is also survived by four step-children of PA; eight grandchildren;  eight great-grandchildren; one cousin of Connecticut; several nieces and nephews. She was very close to her niece, Barb (Cris) Searles-Graffa of Pennsylvania.

There are no services at this time as Judy donated her body to Vanderbilt Medical School. A “Celebration of Life” will be held in the spring, date to be determined.

In lieu of flowers, donations may be sent to the Marshall County Library.