The Huntland Lady Hornets are having a big year and they came to Chapel Hill Thursday night riding a seven-game winning streak and winners of 13 out of their last 14 games. 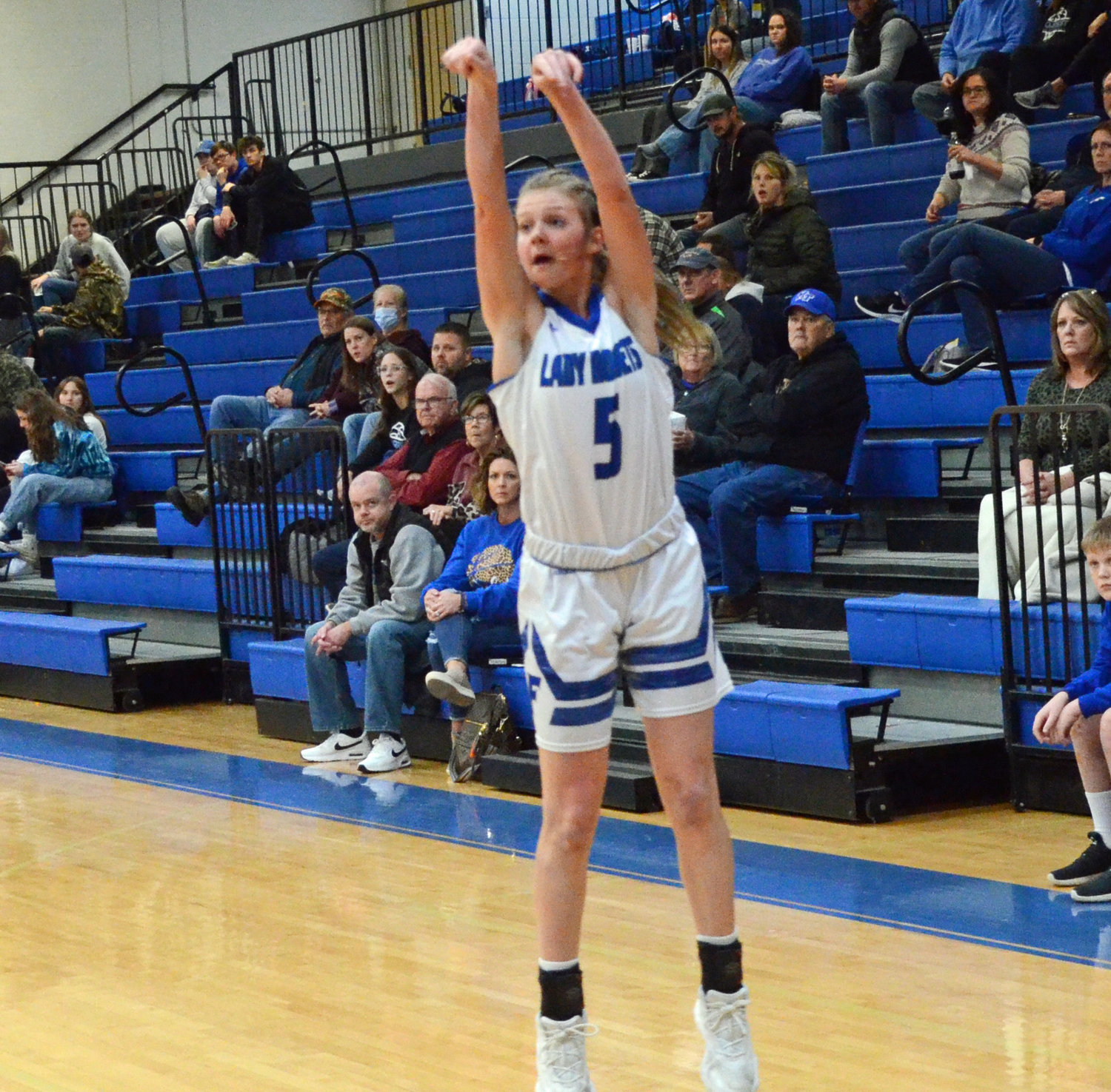 Macyn Kirby, who led the Lady Rockets with 15 points, drains a 3-pointer in the first half.
Tribune photos by Anthony S. Puca 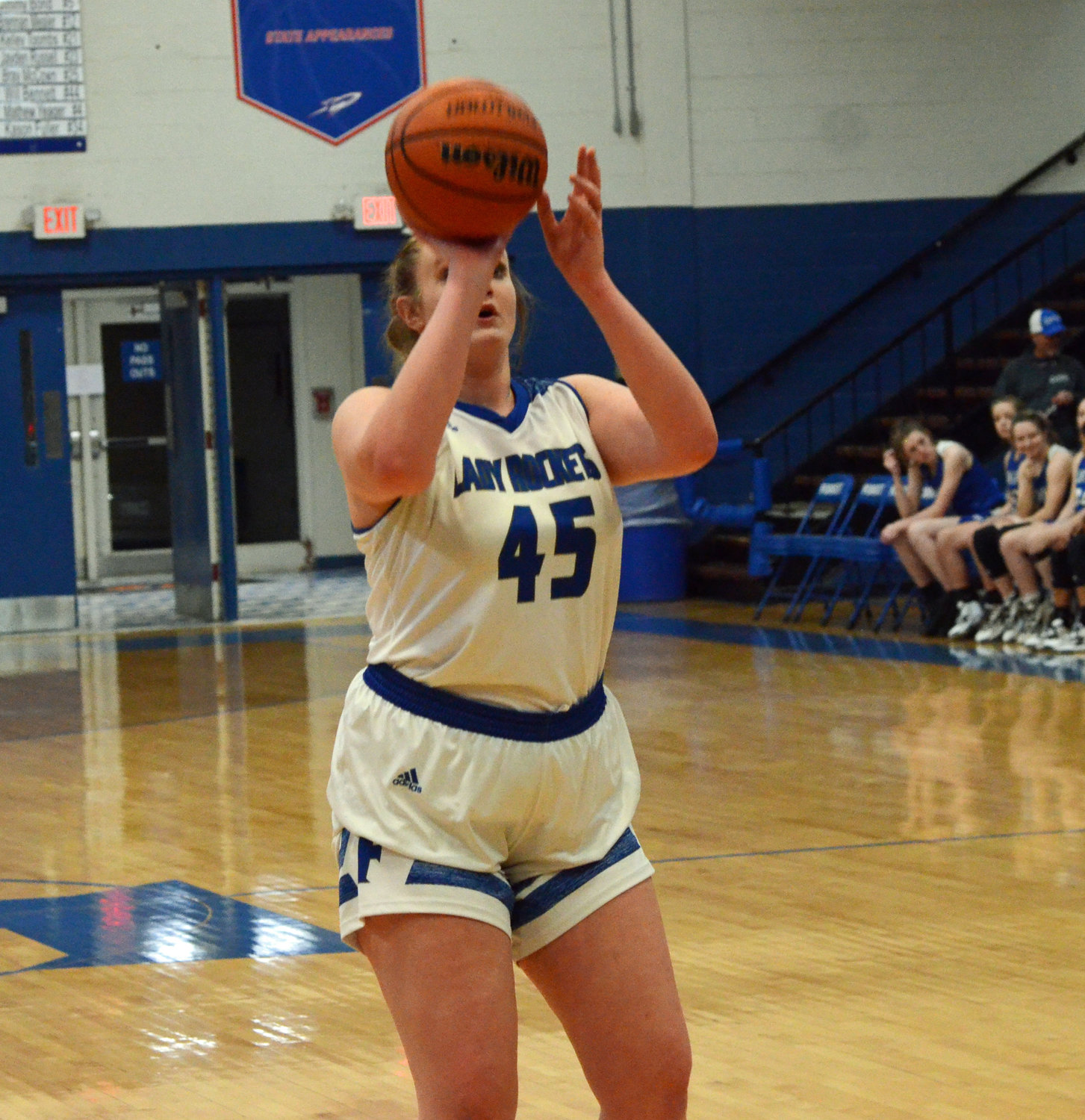 Cadence Chapman scored all 10 of her points in the second half, including a 5-for-6 effort from the free throw line. 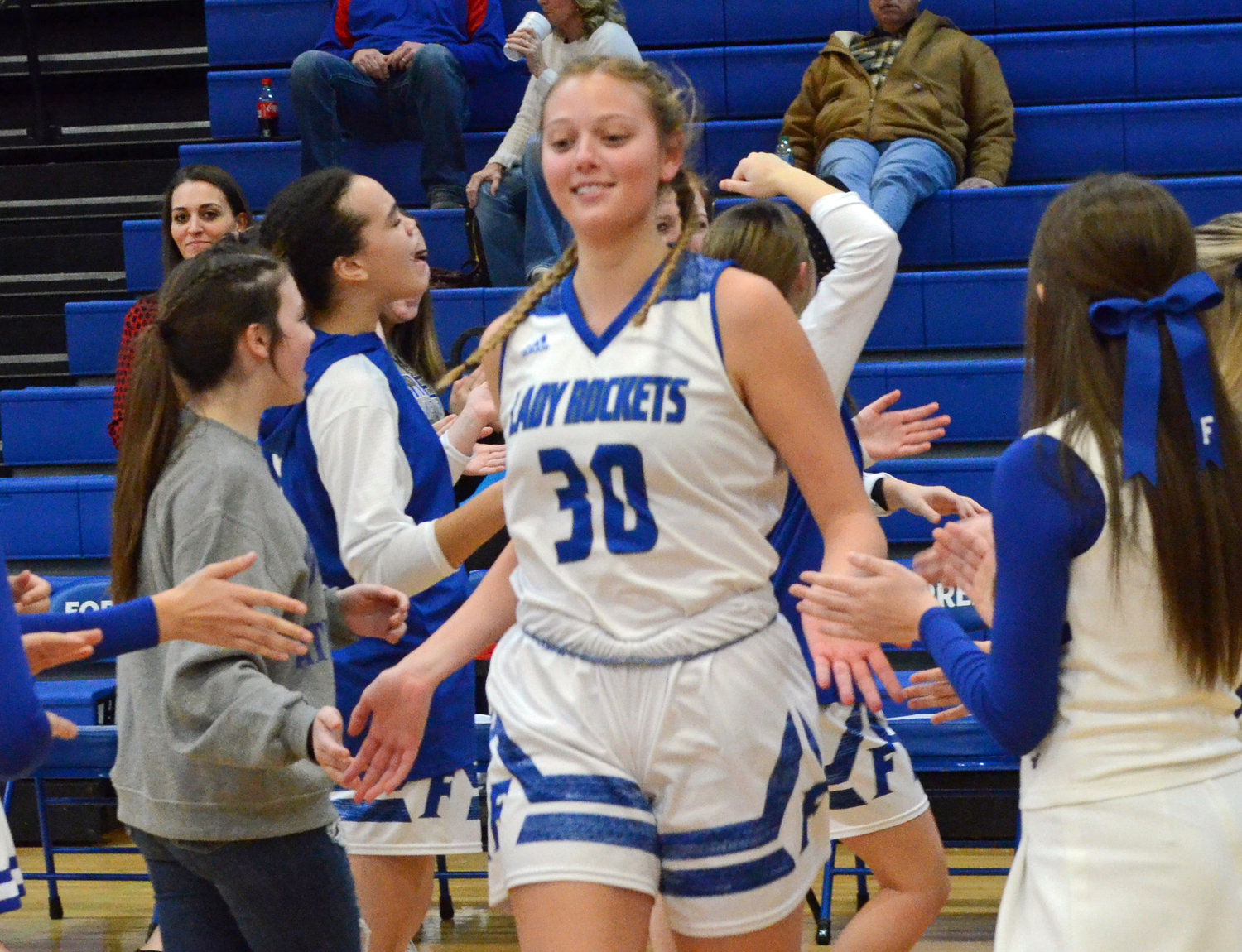 Ryann Lewis runs out before the Lady Rockets took on Huntland Thursday night at Chapel Hill. 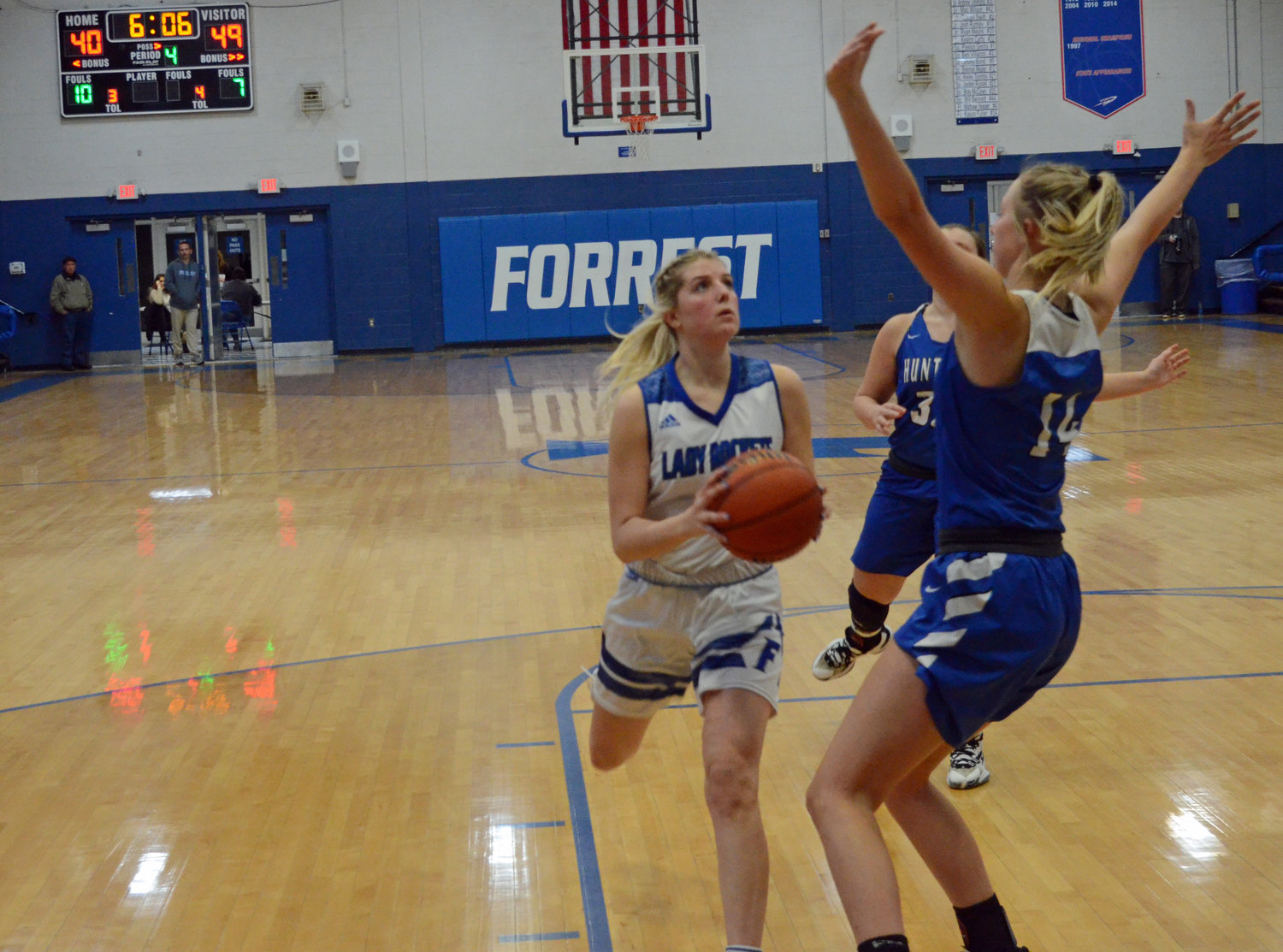 Megan Mealer (15) drives to the hoop for a score, making it a seven-point game in the fourth quarter.
Previous Next
Posted Tuesday, January 25, 2022 12:21 pm
By Anthony S. Puca Sports Writer

The Huntland Lady Hornets are having a big year and they came to Chapel Hill Thursday night riding a seven-game winning streak and winners of 13 out of their last 14 games.

Forrest and Huntland have played for many, many, many decades with the rivalry always a spirited one and that was the case once again as the Lady Hornets came away with a 62-47 win.

Morris and May also went 7-for-10 from the free throw line and McLennan made 5-of-6.

Macyn Kirby led the Lady Rockets with 15 points, nailed a pair of 3-pointers, and went a perfect 5-for-5 from the free throw line.

Cadence Chapman scored all 10 of her points in the second half while Kinslee Inlow had seven, Megan Mealer six, Ryann Lewis added four points, Addison Bunty netted three, and Carli Warner had one field goal.

The Lady Hornets jumped on Forrest quickly, starting the game with an 8-0 run before an Inlow 3-pointer got the Lady Rockets on the board with 3:47 remaining in the first quarter.

Back-to-back 3-pointers by Morris and McLennan made it a 14-3 contest.

Kirby scored on a put-back and made one more free throw at the end of the period as the Lady Hornets held an 18-6 lead after the first minutes.

Huntland kept pushing forward as they went up by 14 points after a Sanders 3-pointer that was answered by a Kirby trey, but from there Huntland outscored Forrest 9-6 for the remainder of the first half and led 31-17 at the break.

The Lady Rockets came out of the locker room on fire with Chapman scoring in the low post and Kirby scoring five points on a 3-pointer and a drive to the hoop, cutting the Huntland lead to 35-24.

Lewis came alive with a bucket in the low post and a free throw moments later to make it a 10-point game.

On Lewis’ second free throw that was off the mark, Chapman grabbed the rebound and was fouled.

The sophomore canned both free throws, slicing the Huntland lead to single digits at 37-29.

Riley made one of two from the free line for Huntland before Bunty scored to make it a seven point contest.

The Lady Hornets added three unanswered points to go up by double digits once again, but Mealer made two free throws at the end of the period and the Lady Rockets trailed 45-37, entering the fourth quarter.

Chapman scored in the paint to cut the Huntland to six points on the first possession of the stanza and both teams dug in for a battle with the Lady Rockets trailing by seven points at 49-42 after a Mealer basket.

The highly ranked lady Hornets kicked in to high gear from there as they outscored Forrest 7-0 to double up the lead to 14 points with three minutes to go in the game.

Am Inlow 3-pointer staved them off for a second before Huntland iced the game with a 6-2 run to complete the season sweep over the Lady Rockets.