Firebirds rally past Marshall County in heartbreaker By Chris Sierssports@t-g.comNASHVILLE — For about two and a half quarters, Thursday night’s Region 5-AAAA matchup between Pearl Cohn … 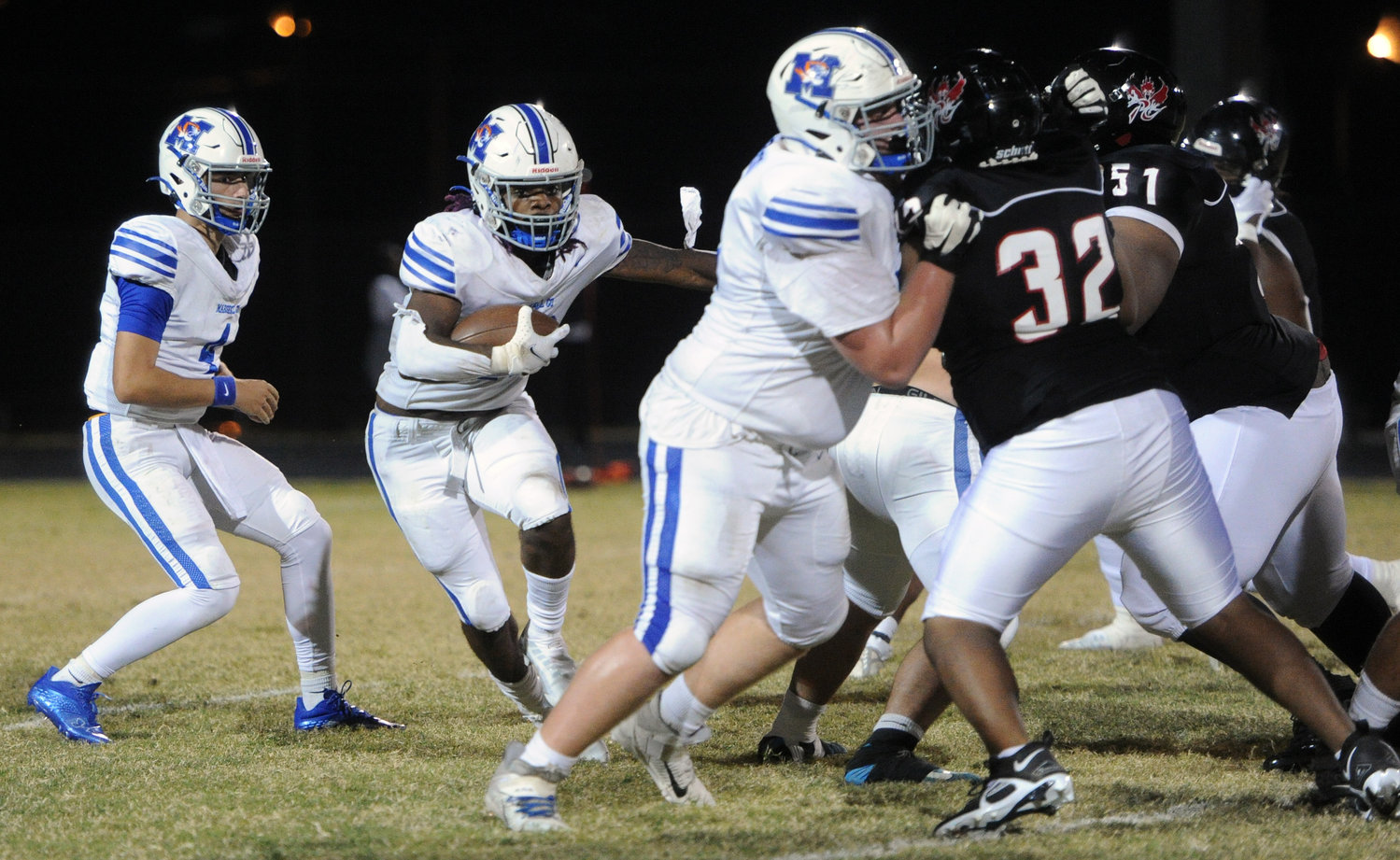 Demari Braden picks up a block and scrambles forward for a short gain. He had 90 yards on 23 carries against Pearl Cohn on Thursday.
Tribune Photo by Chris Siers

Jayden Randolph barrels forward after hauling in a pass from quarterback Silas Teat. Randolph had six catches for 51 yards against the Firebirds.
Tribune Photo by Chris Siers 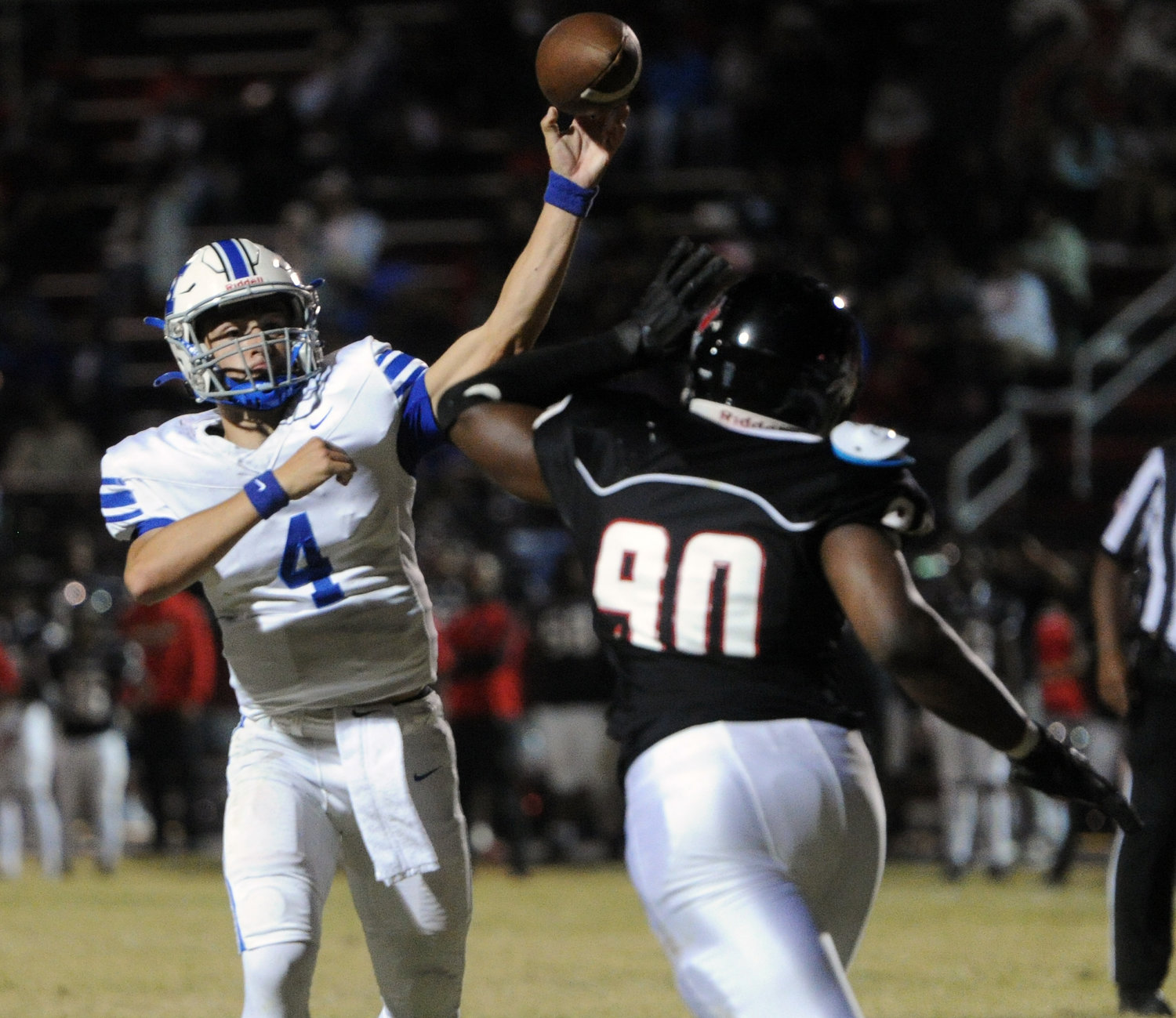 Tiger quarterback Silas Teat fires a throw despite heavy pressure by the Pearl Cohn defense. He had one touchdown pass to Aja Jones on Thursday night.
Tribune Photo by Chris Siers 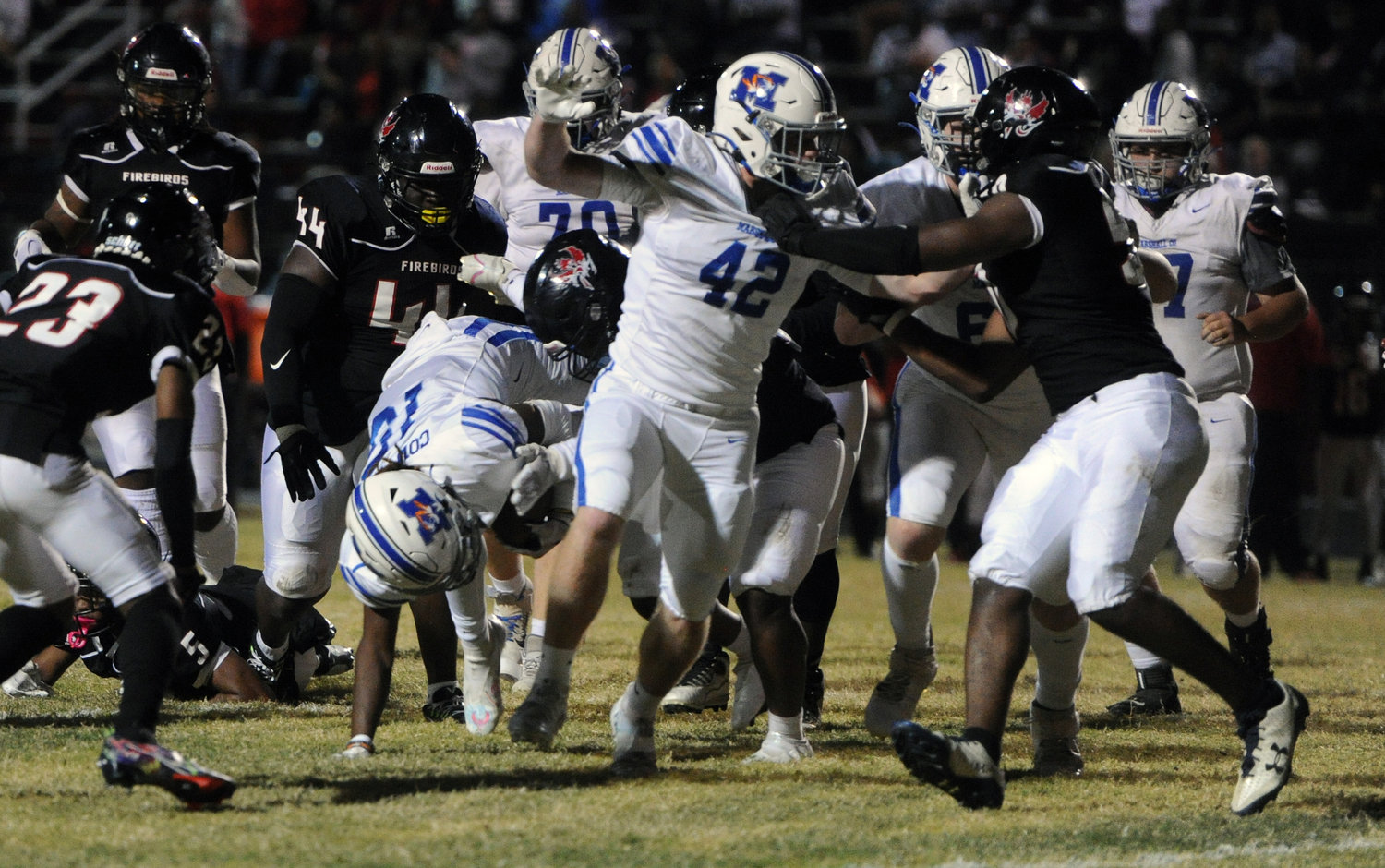 Antomme Cowthorn (15) keeps his balance as he stumbles through the pile to pick up a handful of yards in the first quarter.
Tribune Photo by Chris Siers
Previous Next
Posted Friday, October 7, 2022 11:46 am
By Chris Siers ~ sports@t-g.com