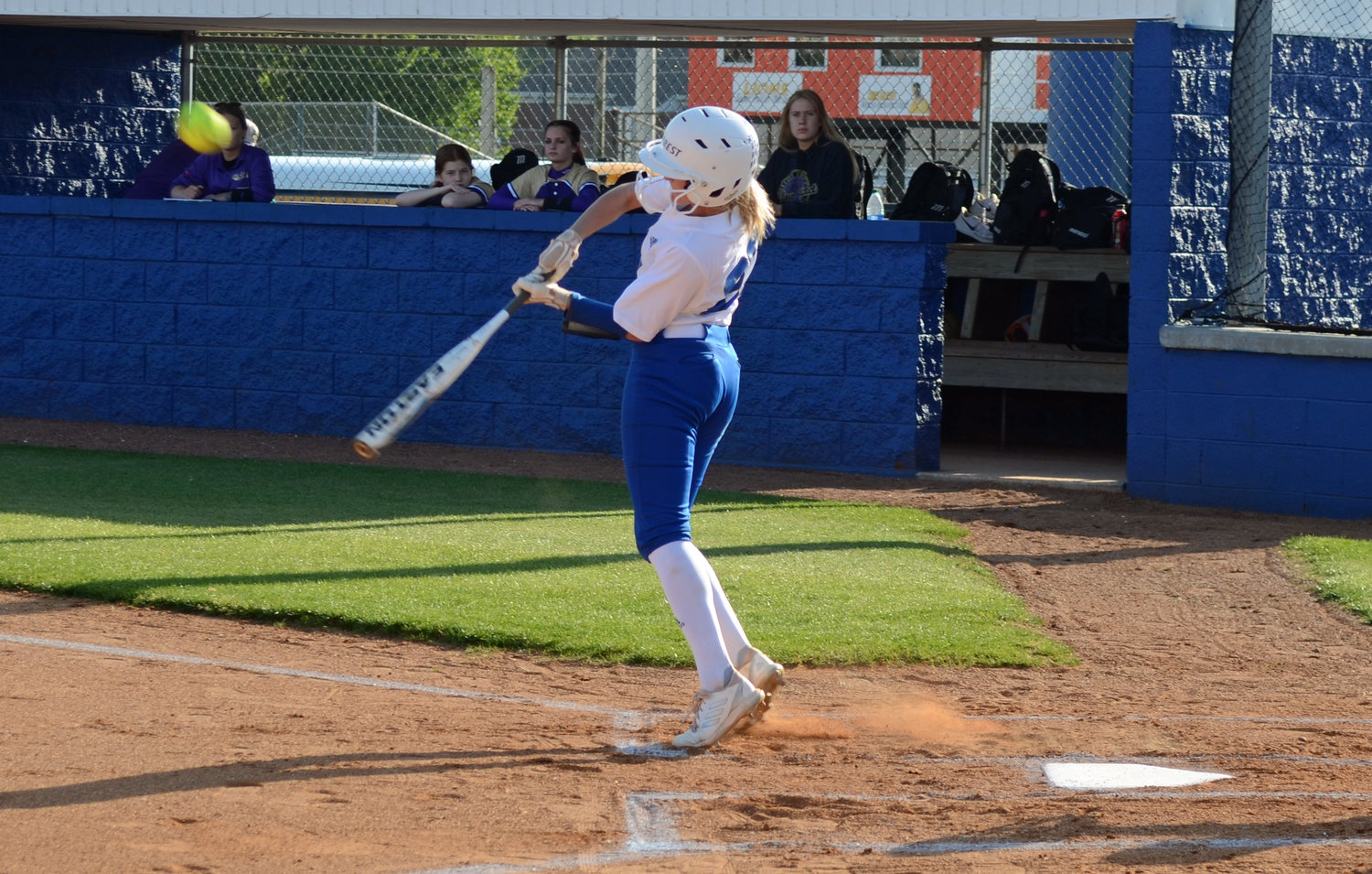 Macyn Kirby went a perfect 3-for-3 at the plate for the Lady Rockets. 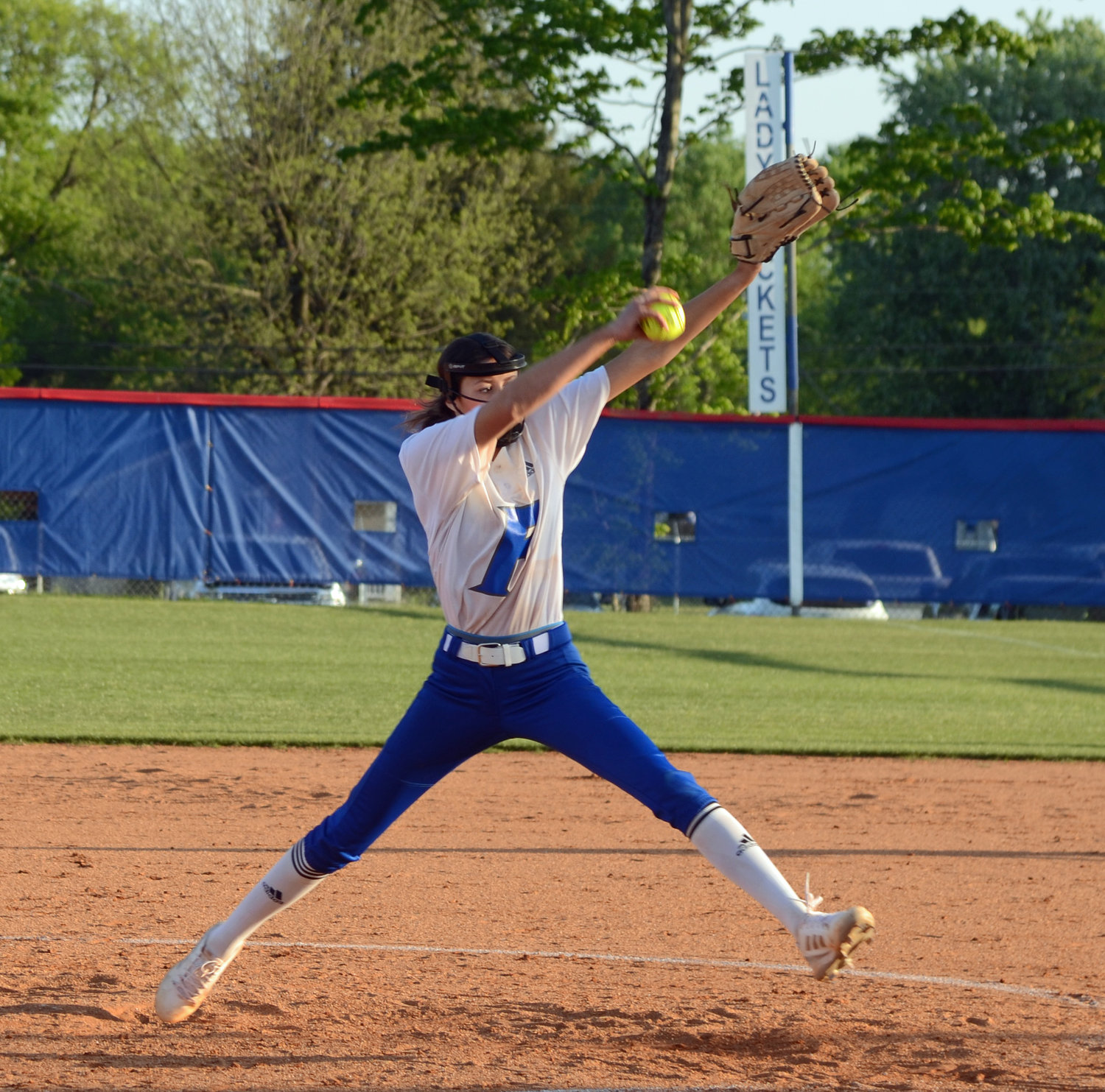 Ella Chilton came on to finish up the game in the circle for Forrest. 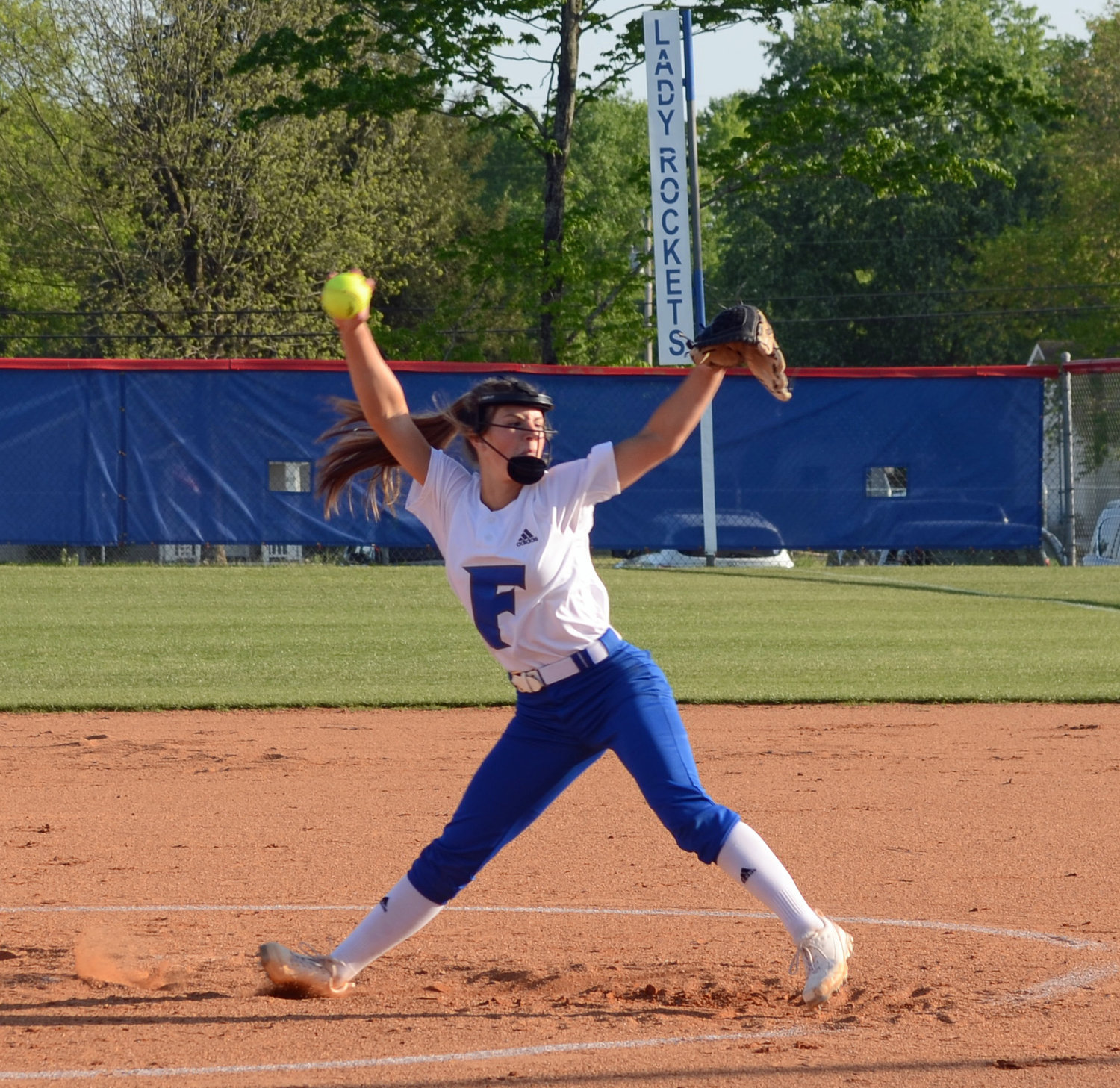 Emory Hall picked up the win in the circle for Forrest Wednesday night at the Field of Dreams in Chapel Hill. 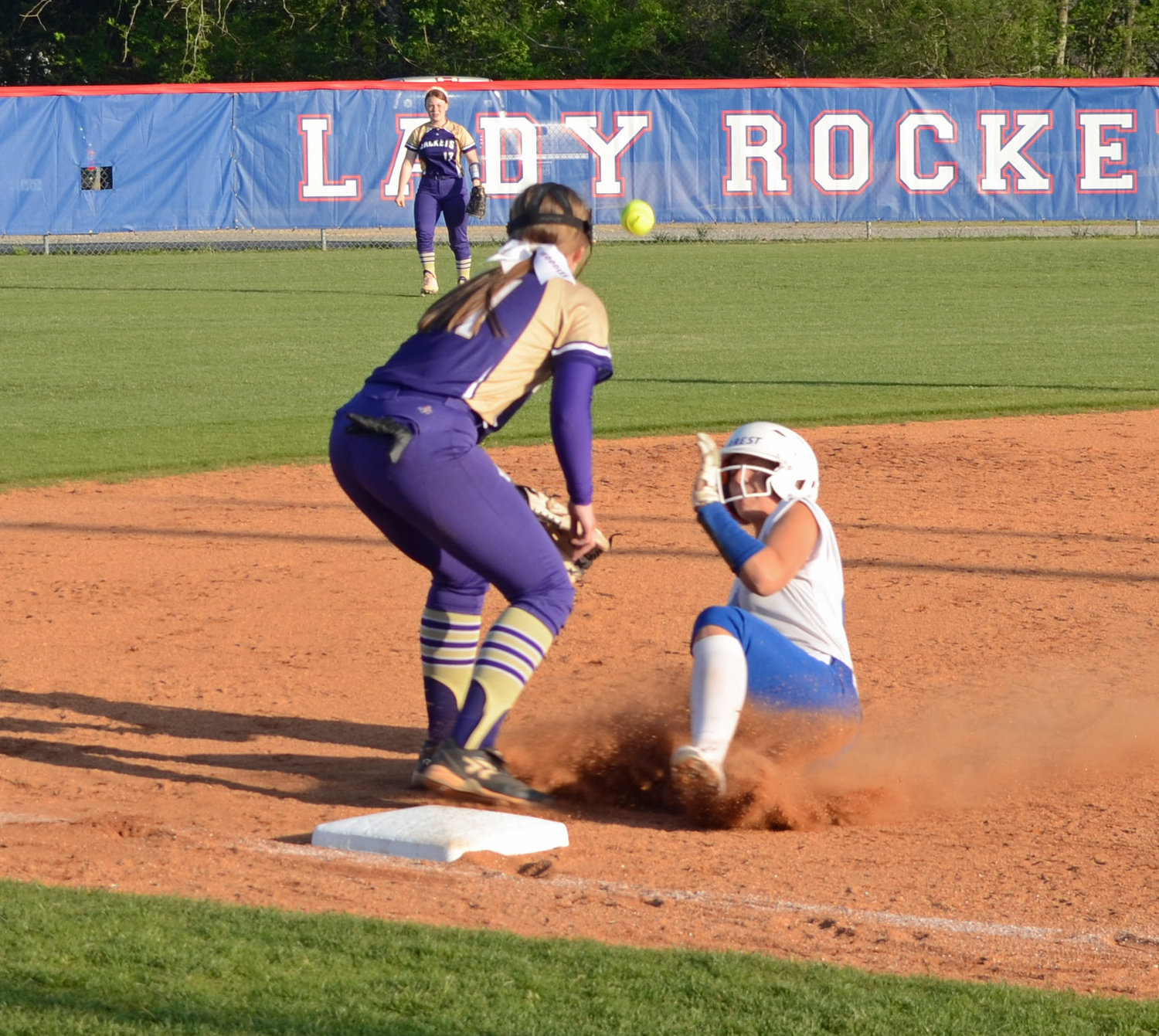 Abbie Ferguson slides safely into third base in the bottom of the third inning. 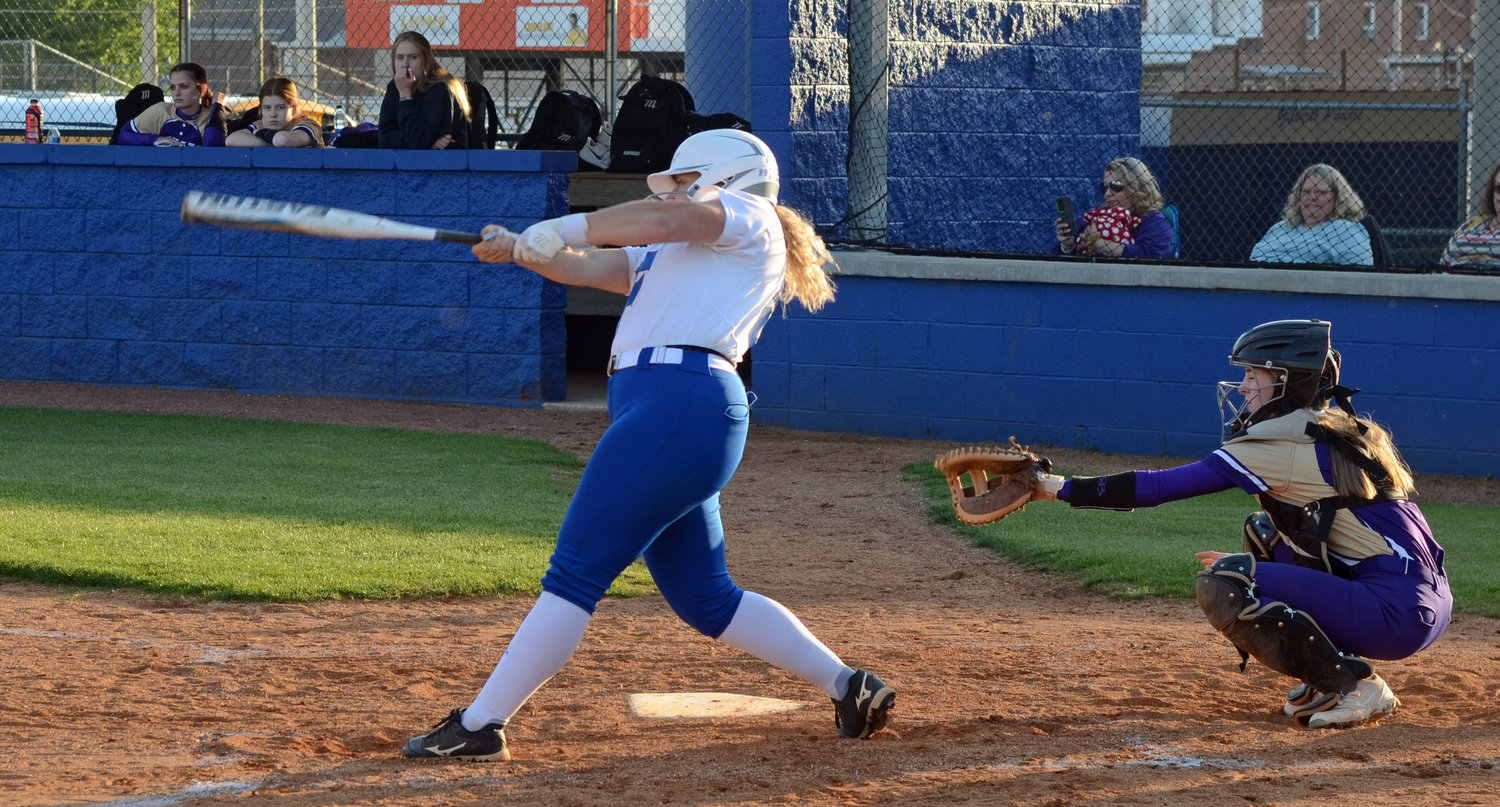 Leslie Bartoli drills a run-scoring double in the fourth inning for Forrest. 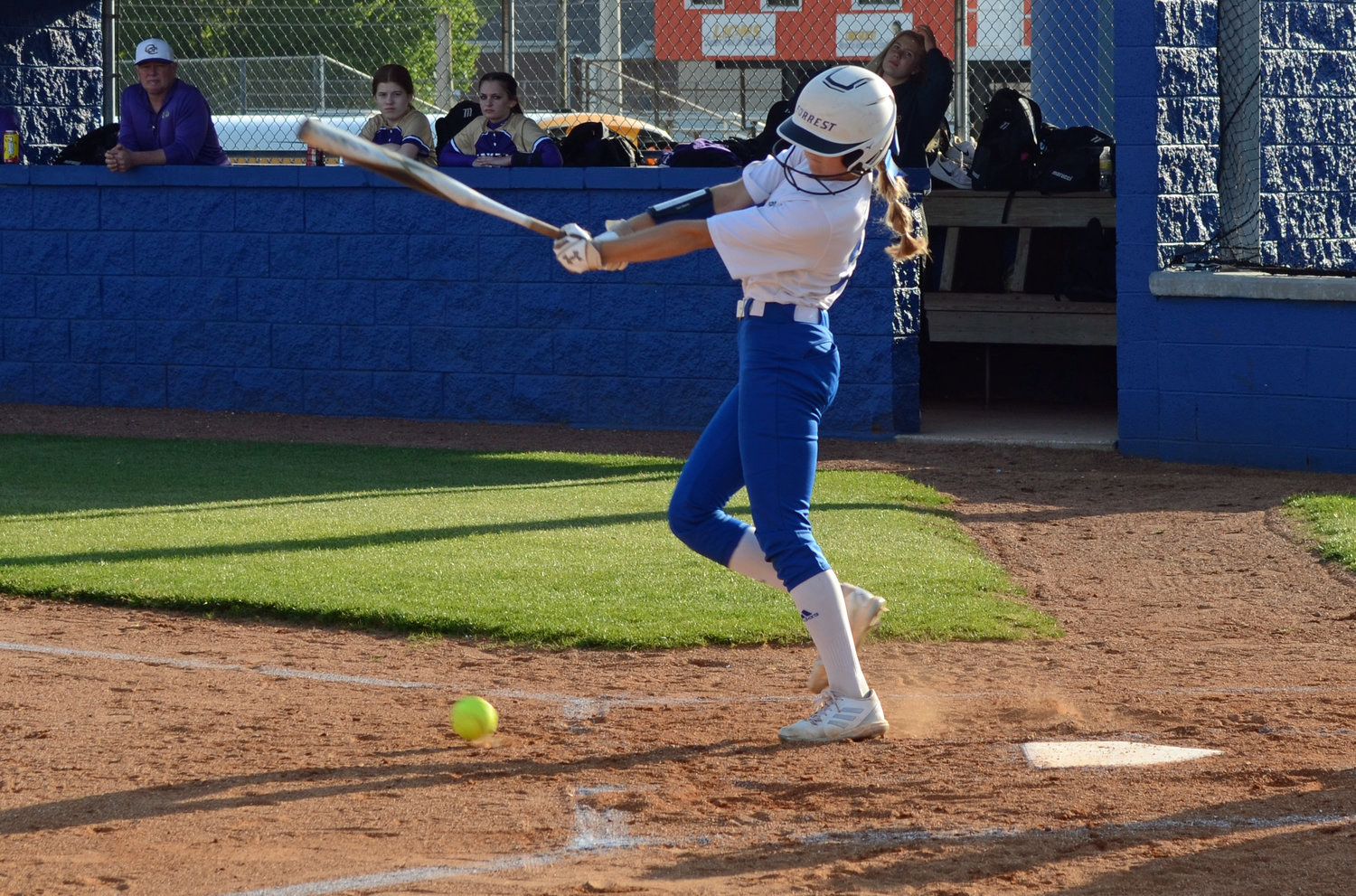 Maggie Daughrity had a pair of fielder’s choice RBIs. 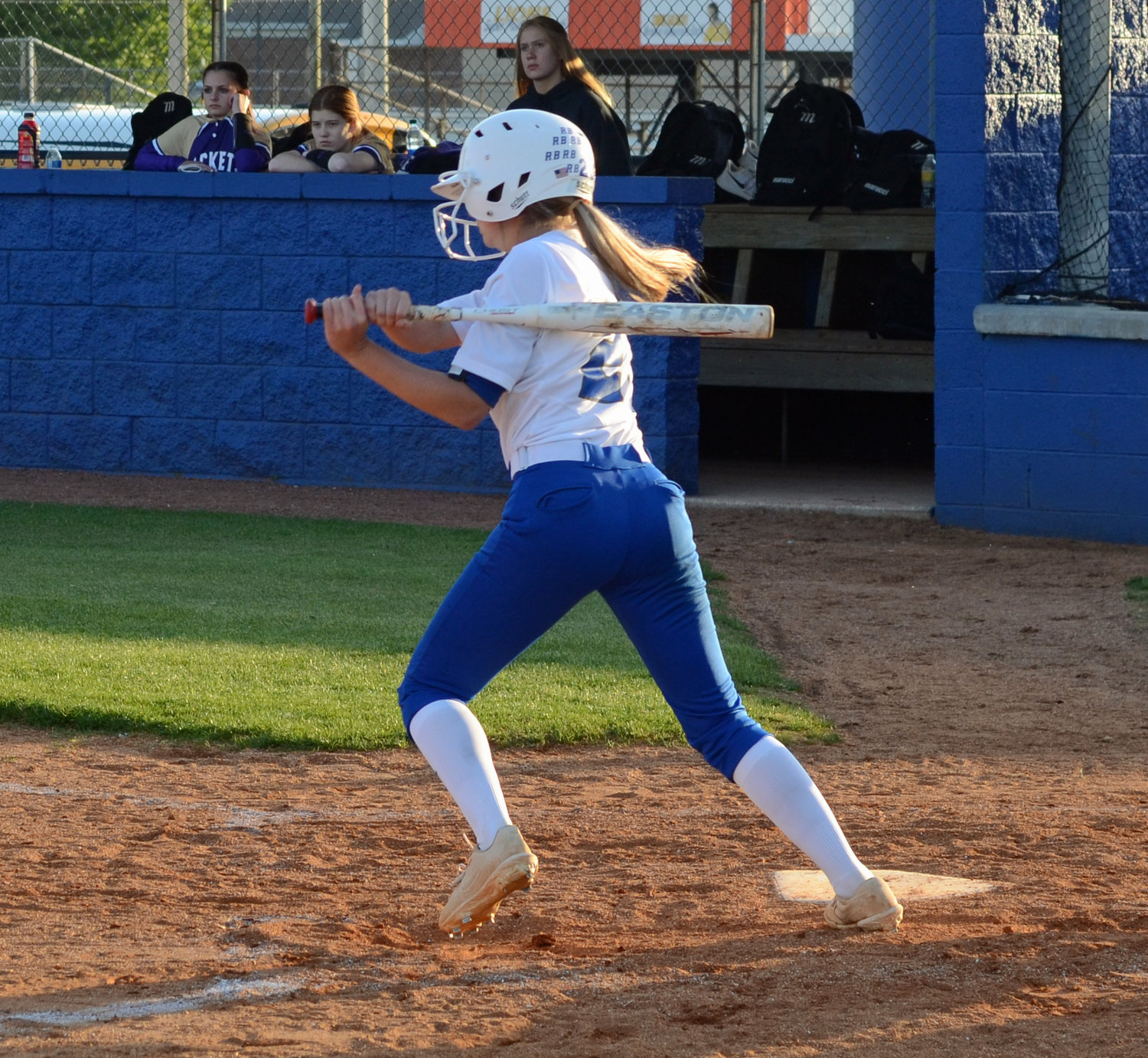 Megan Dunn comes up with an RBI double in the bottom of the fourth inning. 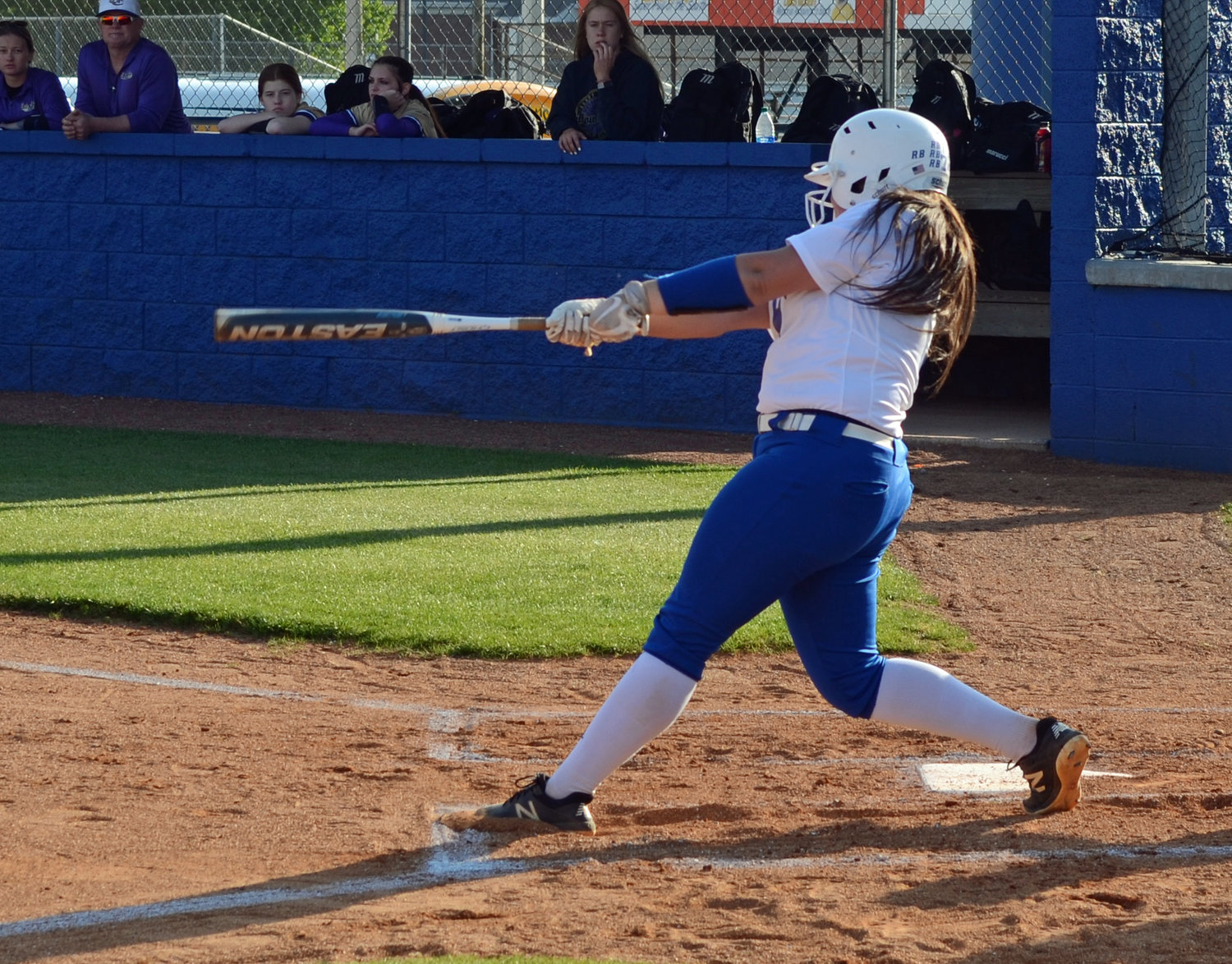 Carli Warner rips an RBI double in the first inning. 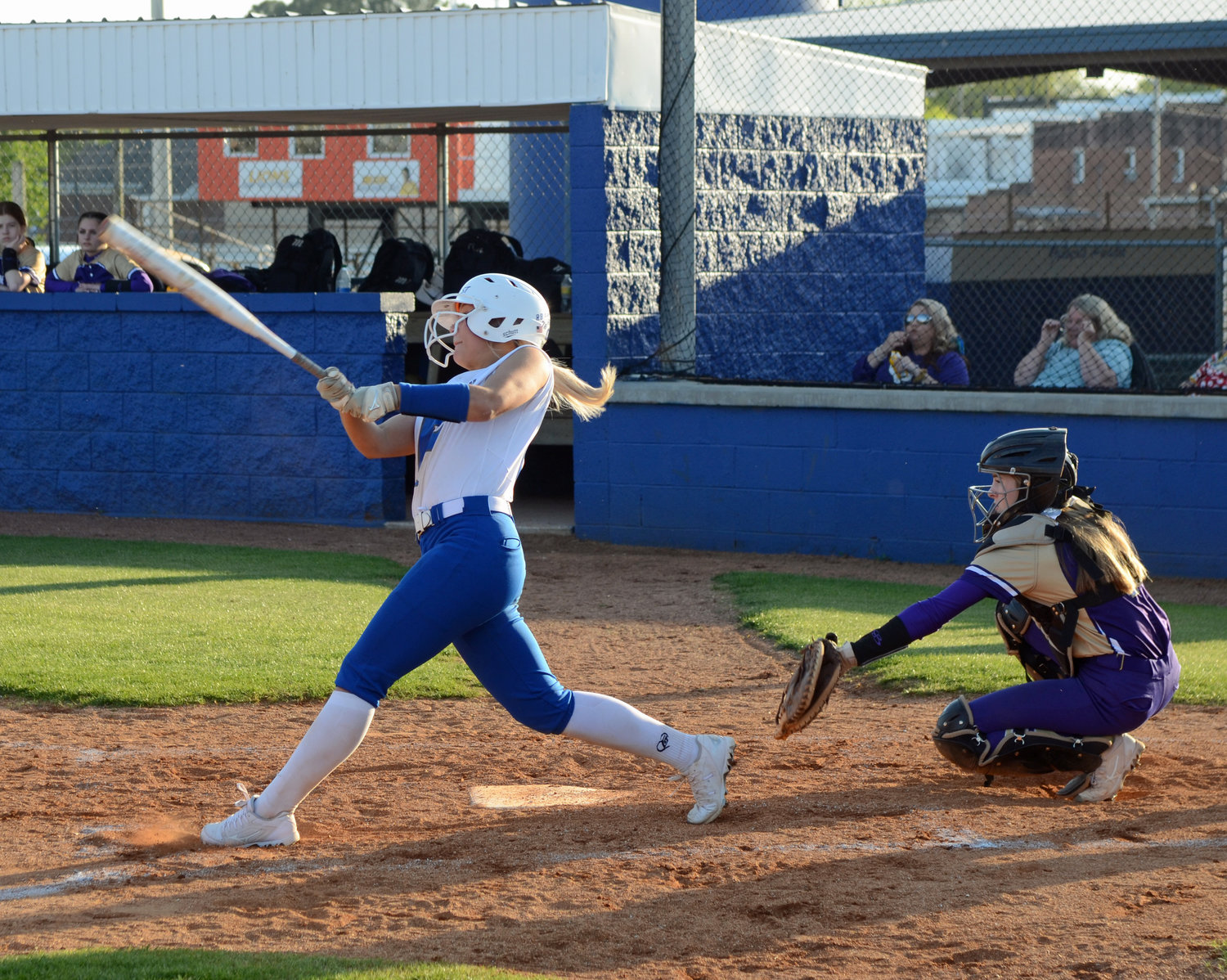 Abby Ferguson bashes a two-run homerun in the bottom of the third inning.
Tribune photos by Anthony S. Puca
Previous Next
Posted Thursday, April 28, 2022 8:05 am

“I think our bats have been there, but on defense we still feel like we are a step slow on a few things and not selling out on all the plays, so we have to get better in that aspect, but yes it was a good game,””
Forrest coach Shelby Lightfoot
By Anthony S. Puca Sports Writer

Forrest banged out 14 hits in the contest while Emory Hall and Ella Chilton combined for the shutout in the circle.

“I think our bats have been there, but on defense we still feel like we are a step slow on a few things and not selling out on all the plays, so we have to get better in that aspect, but yes it was a good game,” Forrest coach Shelby Lightfoot said.

Hall started the game and gave up four hits in three innings before Chilton came to the circle in the top of the fourth inning and gave up one hit over the final two innings.

“We asked for them to give us a chance to win and a chance to make some plays and I felt like they did that,” Lightfoot said.

Grundy County leadoff hitter Jenna Helton singled in all three of her at bats for the Lady Yellow Jackets while Lacie Woodlee and Kathryn Lusk had one hit apiece, but they never got a runner past second base in the contest.

Forrest scored in all four of its at bats, coming up with three runs in the first inning and one in the second before exploding with a huge eight-run, third inning.

The Lady Rockets (18-9, 4-0) added a pair of runs in the fourth inning before Chilton escaped a two-on, two-out jam in the bottom of the frame to secure the shutout for Forrest’s fifth win in a row as Chapel Hill remains unbeaten in District 7-AA play.

Sophomore center fielder Abby Ferguson swung the big stick for Forrest, going a perfect 3-for-3 at the dish with three runs scored and three RBIs, including a long two-run homerun in the eight-run third inning.

Addison Bunty and Briley Burnham posted 2-for-2 performances at the plate with Bunty driving in two runs and scoring once and Burnham knocked in one run and came home twice in the contest.

Carli Warner, Chilton, Leslie Bartoli, and Megan Dunn all had one hit apiece for Forrest with Bartoli and Dunn driving in one run apiece on pinch-hit RBI doubles in the bottom of the fourth inning.

Maggie Daughrity had another solid game for Forrest, driving in two runs on fielder choice RBIs while making three putouts in right field.

Forrest entertains Cascade at 5:30 p.m. for Senior Night tonight as the Lady Rockets will honor Bunty as the lone senior on the squad at 5 p.m.

“We haven’t got to play them yet this year, so we are not sure what they bring to the table,” Lightfoot said. “It’s the first time seeing them, so we have to set the tone and set the momentum going in to the district tournament, so it will be a big game.”