CHAPEL HILL — What started as an idea on a back porch became a reality Friday night as a large crowd gathered for the dedication of the Mike Minor Sports Complex in Chapel Hill.The complex, … 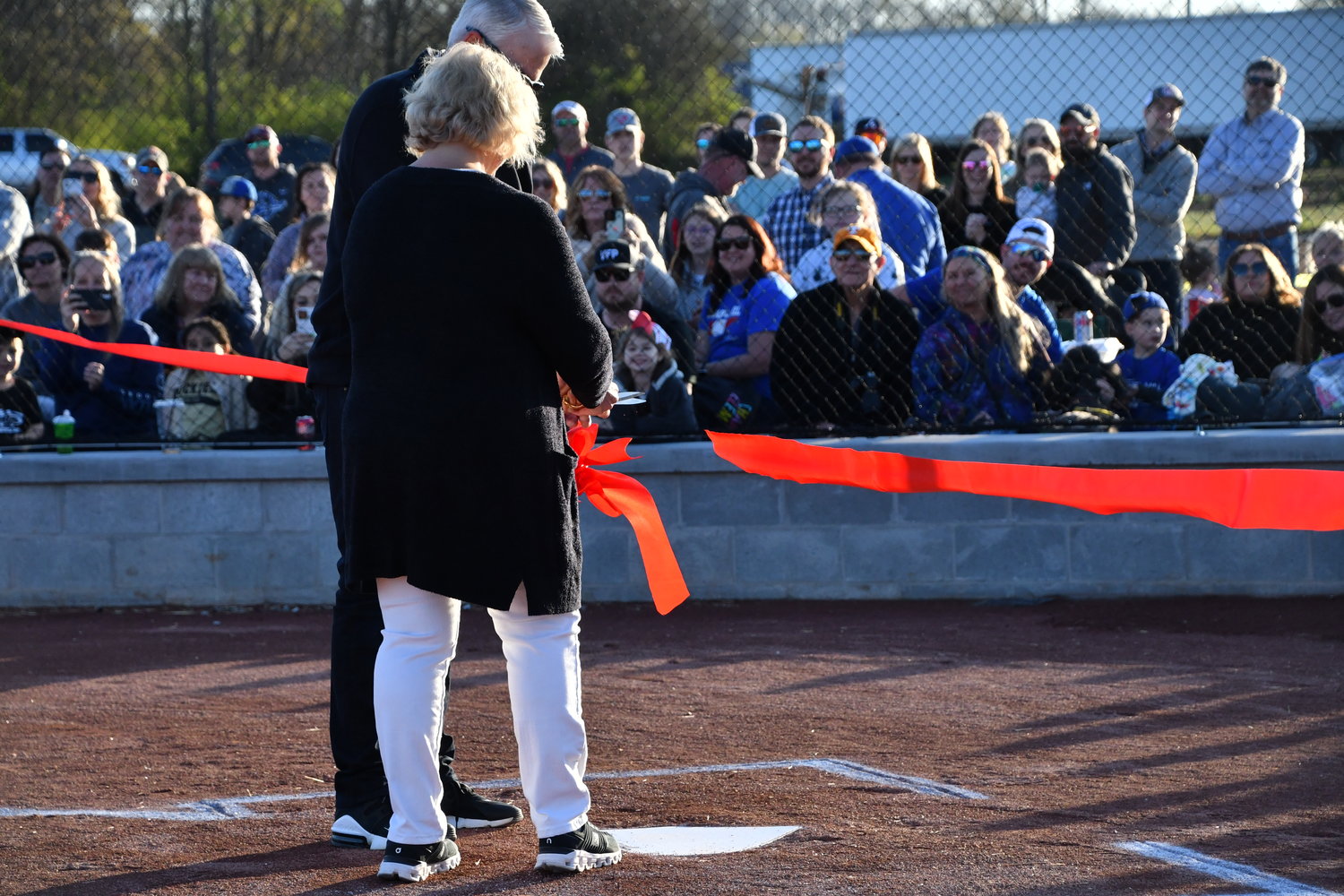 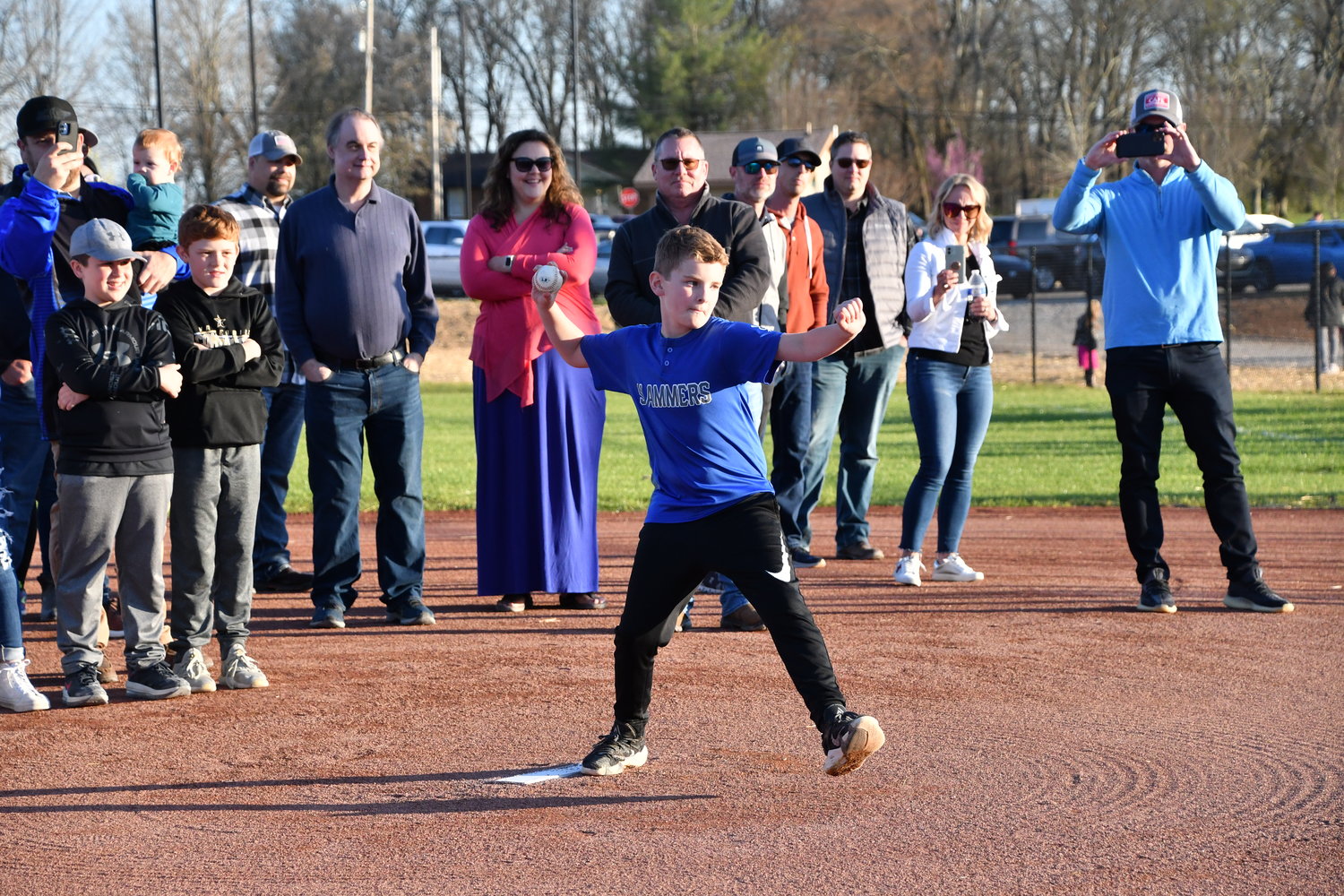 Reid Brown, the son of the late Ross Brown, throws out the first pitch on the field which bears the name of his father.
Tribune Photo by Rickey Clardy 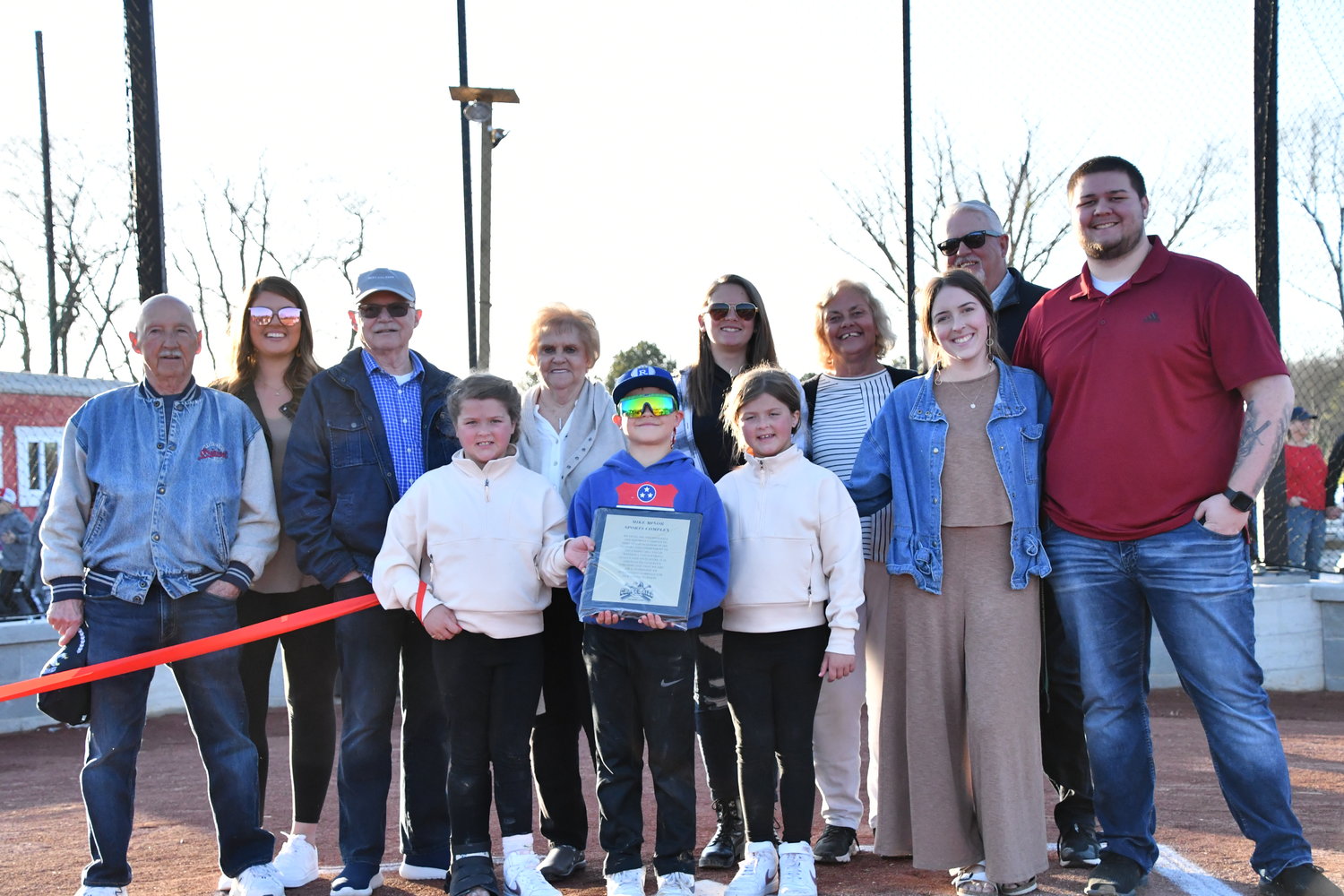 The family of Mike Minor gathers for a photo at the complex which bears the name of the former Forrest High School athlete and current Cincinnati Reds pitcher.
Tribune Photo by Rickey Clardy 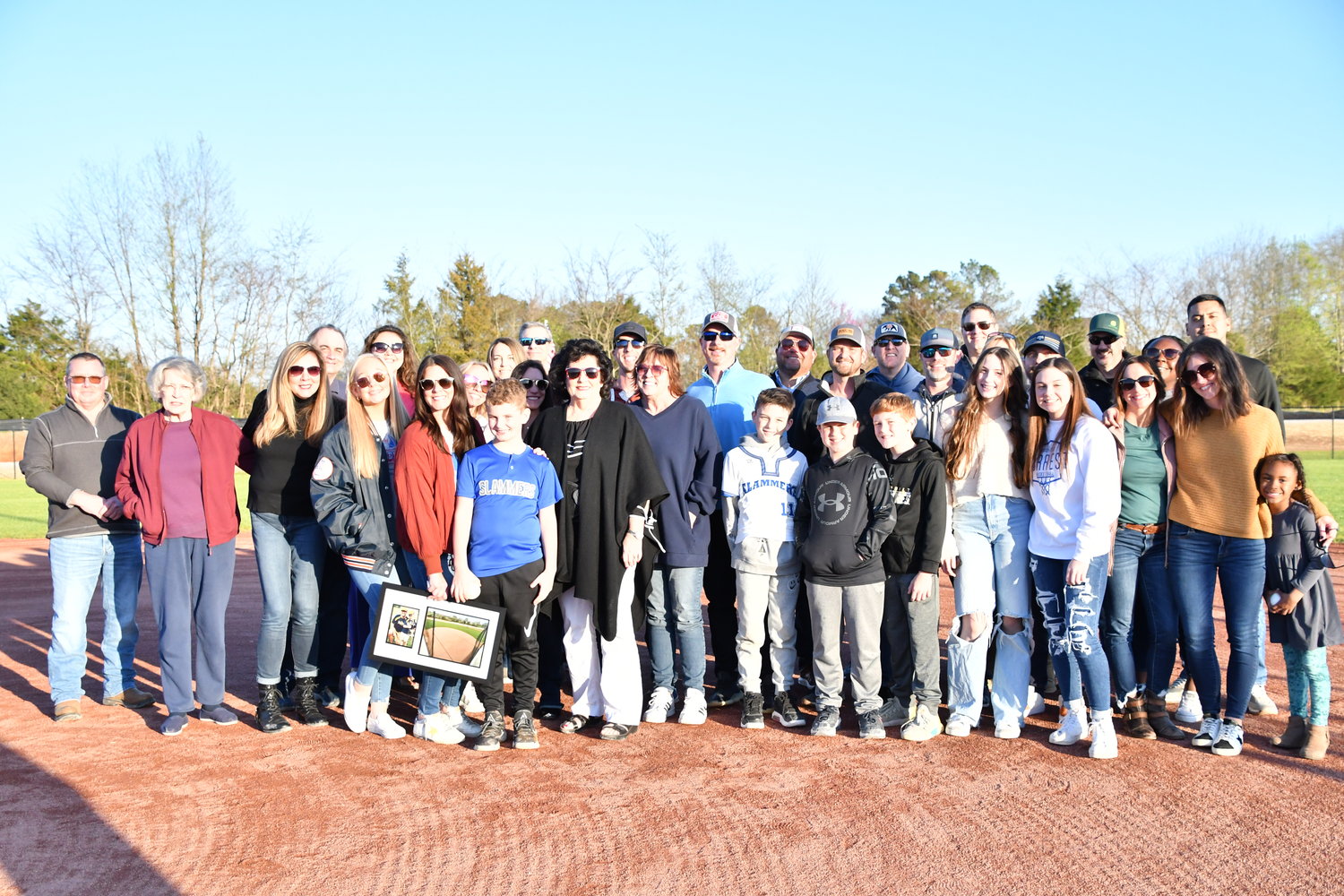 CHAPEL HILL — What started as an idea on a back porch became a reality Friday night as a large crowd gathered for the dedication of the Mike Minor Sports Complex in Chapel Hill.
The complex, located on Depot Street, will be the home of the Chapel Hill Youth Baseball and Softball League.
"About four years ago, the idea started," Keith Harber, president of the CHYBSL said.
"A group of five of us met on my back porch. We were tired of playing sports in other communities and thought why can't we do something like that," Harber added.
The league only formed four years ago," Harber said.
"We played at the Forrest High School softball field and their practice fields. While we were doing that, we were raising money planning for this."
The complex bears the name of Mike Minor, who made a significant contribution for the park and was a star athlete at Forrest High School and is a current pitcher for the Cincinnati Reds.
Though Minor was busy with spring training in Arizona and could not attend the opening, his family was on hand to represent Minor at the opening ceremonies.
"It makes my heart very, very warm because Mikey has said ever since he got drafted, if there was anything he could ever do, he wanted to give back to this community," Shirley Minor, the mother of Mike Minor said. "He didn't want kids to have to drive to Lewisburg to practice or to play a game. He said if I can ever do it, I'm going to have a baseball field built."
"To see that happen, I can't be more prouder of him," Shirley added. "We send him pictures every day and he's kept up-to-date on everything."
"We wouldn't have been able to do anything near what we have if it weren't for him," Harber said.
"It's also taken tons of fundraising on our part and tons of man-hours and free labor from concrete people, from excavation people, from people who care," Harber added.
The work on the complex, which began in June of last year, was mostly done by volunteer labor.
The CHYBSL will be joined by players and teams from Unionville, with games being held both in Chapel Hill and Unionville. The fruits of that labor will show as a large number of youth, ages 3 thru 12, will be playing in the league.
“We have 32 teams this year and Chapel Hill alone has over 360 kids playing," Harber said. "Unionville has over 200 kids playing. So there's close to 600 kids playing here."
The dedication of the complex was held on the field named in memory of Ross Brown, who passed away in April of last year and was a founding board member of the league.
"This means so much," Leah Cook, the sister of Ross Brown said."Ross is the one who got this started in Chapel Hill. "They used to have to play out of town and Ross is the one who started this."
"Ross was the original vice president of the league," Harber said. "We talked about half of these kids are from Chapel Hill. That spurned the formation of the league."
"Ross was one of the most selfless people who didn't want any credit and wanted to stay out of the limelight," Harber added. "Ross would be the first one to be here and the last one who wanted any notoriety."
The complex will eventually be home to four fields.
Currently, two of the fields will be available on the opening weekend while a third field will be ready for play the following weekend.
"We will have two 200-foot fields and one 225-foot field," Harber said. "There will also be a 300-foot field."
"We will have concession stands and lights will be installed on one field at a time," Harber added.
A big crowd appeared for the opening ceremonies, but Harber said the attendance for the actual games will be bigger.
"Tomorrow, they'll be three times as many people here," Harber said. "It's just surreal and heartwarming at the same time."
"It's amazing what a small community can do when everybody gets together and pulls the rope the same way.”