In addition to his parents, he is … 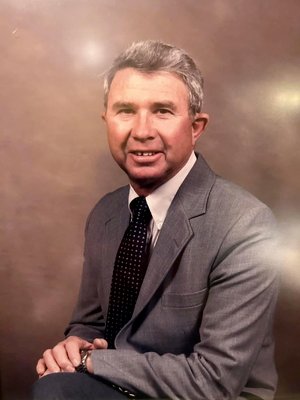 In addition to his parents, he is preceded in death by his brother, Donald Reeves King and Donald’s wife, Joanne; sister, Angie Merrill Vanhooser and her husband, RW.

Much of Cornell’s life was consumed with agriculture. In his early years, he worked on a multi-generational dairy farm where he continued the tradition with his children. In his nature, he expanded the farm with hogs, tobacco, ponies, and beef cattle. He worked with expanding the economy of Cornersville with his family and opened King’s Feed Supply.

The town of Cornersville meant so much to Cornell; he worked with other families to keep the high school located in the town. To ensure the school’s success, he was very active in athletics through himself, his children, grandchildren and now, great grandchildren. He was also active with the Cornersville Lions Club earning Lion of the Decade, helping with the construction of the show ring, and served as ring master for many years. Cornell served as a member of the school board for 15 years. With his wife Charlotte, he drove the school bus for many years on an active route and to various sporting events.

As an avid member of the Farm Bureau, the American Angus Association and various other agricultural memberships, Cornell earned various awards, including Farmer of the Year and received various grants. Farming as a way of life was so important to Cornell as he passed the tradition to his family and grandchildren. In 2022, Cornell King was awarded the high designation of owning a century farm. So many of his children and grandchildren own active farms now, including the great grandchildren showing cattle today.

In addition to farming and family, faith was truly a way of life for Cornell. He was an active member of the Cornersville United Methodist Church.

A celebration of life service will be held at Cornersville United Methodist Church at 11:00 a.m. on Thursday, Jan. 5, 2023, with burial to follow in New Hope Ostella Cemetery. Visitation with the family will precede the service starting at 10:00 a.m. until the funeral hour.

In lieu of flowers, the family requests donations be made to Cornersville United Methodist Church or the Cornell King Memorial scholarship fund at CB&S Bank, which will be awarded to a Cornersville High School graduate pursuing a degree in the agriculture industry.