CHAPEL HILL — The Chapel Hill community came together during halftime Friday night to remember a late family member, friend, and classmate with an 85-second moment of silence, 85 being the … 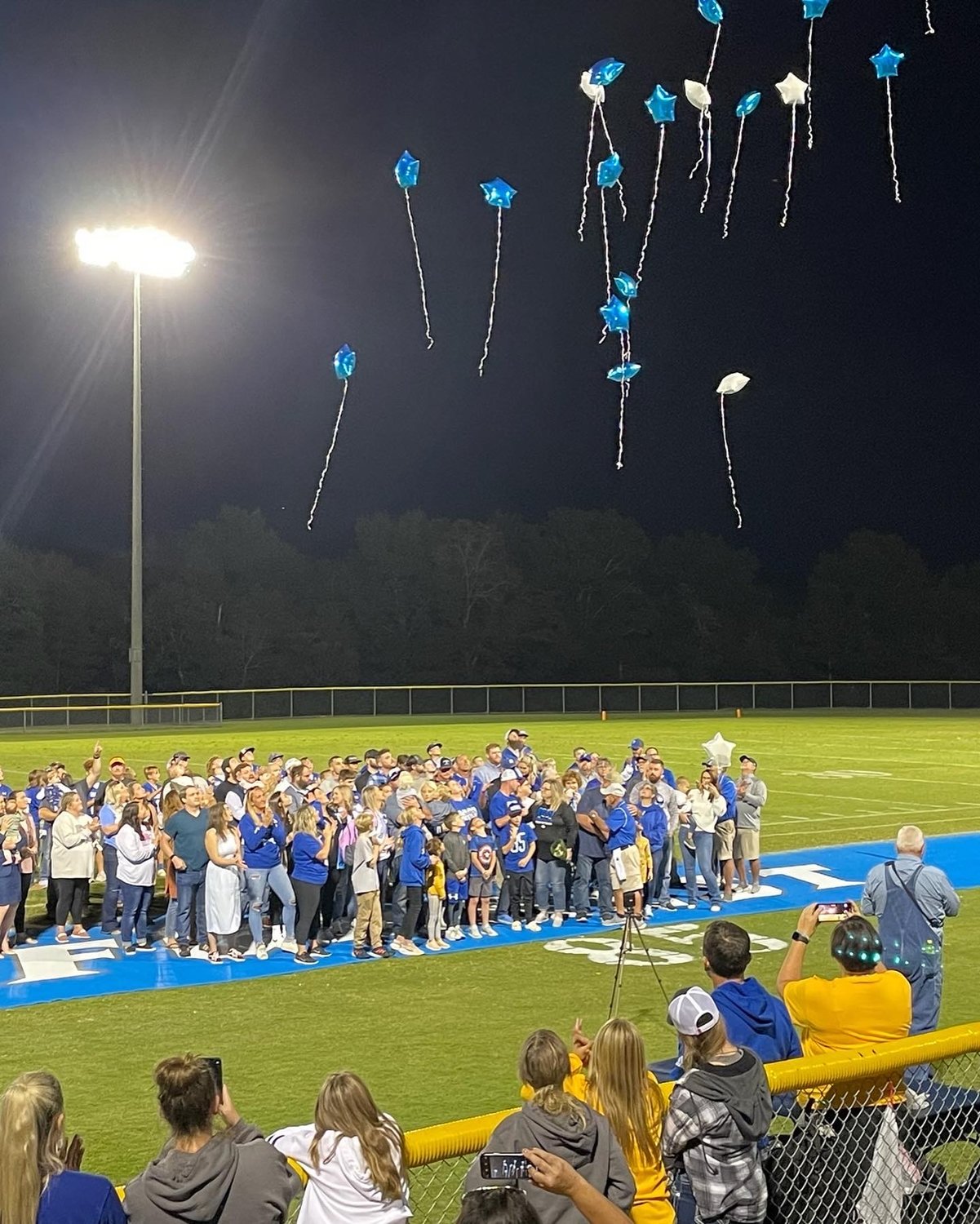 During the moment to honor Chad Franklin, the community released balloons in his honor.
Submitted photo 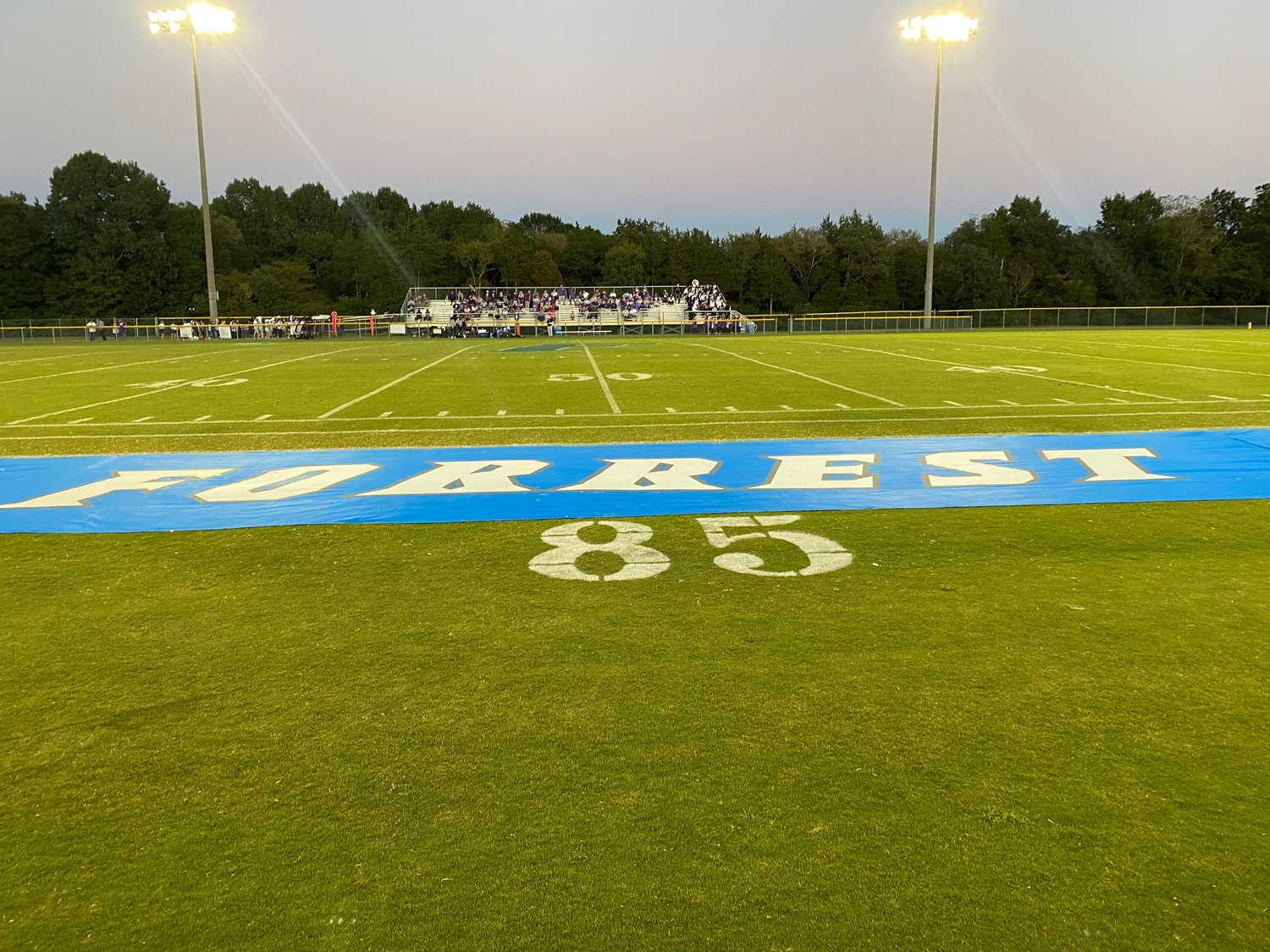 Forrest painted the No. 85 on the sideline to honor Chad Franklin, who passed away 20 years ago.
Tribune Photo by Kacy Kincaid
Previous Next
Posted Thursday, September 29, 2022 12:44 pm
By Kacy Kincaid ~ Sports Writer

CHAPEL HILL — The Chapel Hill community came together during halftime Friday night to remember a late family member, friend, and classmate with an 85-second moment of silence, 85 being the number Chad Franklin wore on his football jersey.
Franklin passed away 20 years ago.
On September 27, 2002, as Franklin warmed up before a home game against Watertown, he collapsed.
Head Coach Kyle Stacey delivered the news to the team at halftime - Franklin didn’t make it.
The team went on to win the game, their first of the season, dedicating the win to their teammate.
Friday night held a mix of emotions— sadness over the friend that was lost, but joy for ever having known him at all.
Several friends from the Class of 2004, along with former coaches and teammates, gathered on the field with the Franklin family, holding balloons and some wearing number 85, that number being painted on the sideline in his memory.
The number has since been retired by Forrest High School.
Friend and 2004 classmate Adam Bunty said it best when he wrote, “Chad Franklin was a great person loved by many people and was so much more than just a football player. He was an intelligent student, a novice musician, he was an arm around your neck walking down the hallway, and he was a perfectly crooked smile to brighten your day. He was truly a friend to everyone.”
Balloons went up, tears rolled, and a dear friend’s memory was kept alive.
“Chad’s friends, my friends, and the town of Chapel Hill have surrounded me and my family and that has been my strength,” said Franklin’s father, Kevin Franklin. “I love each and every one that has been here for us more than they can imagine.”
Each year the Franklin family chooses one male senior and one female senior for the Chad Franklin Leadership Award. This award is given to athletes doing well academically and displaying themselves as role models to other young adults.