When Cornersville wrestling coach Sam Hubbell departed for Spring Hill High School, the school’s administration wanted to keep building on the groundwork laid last season in the restart of the … 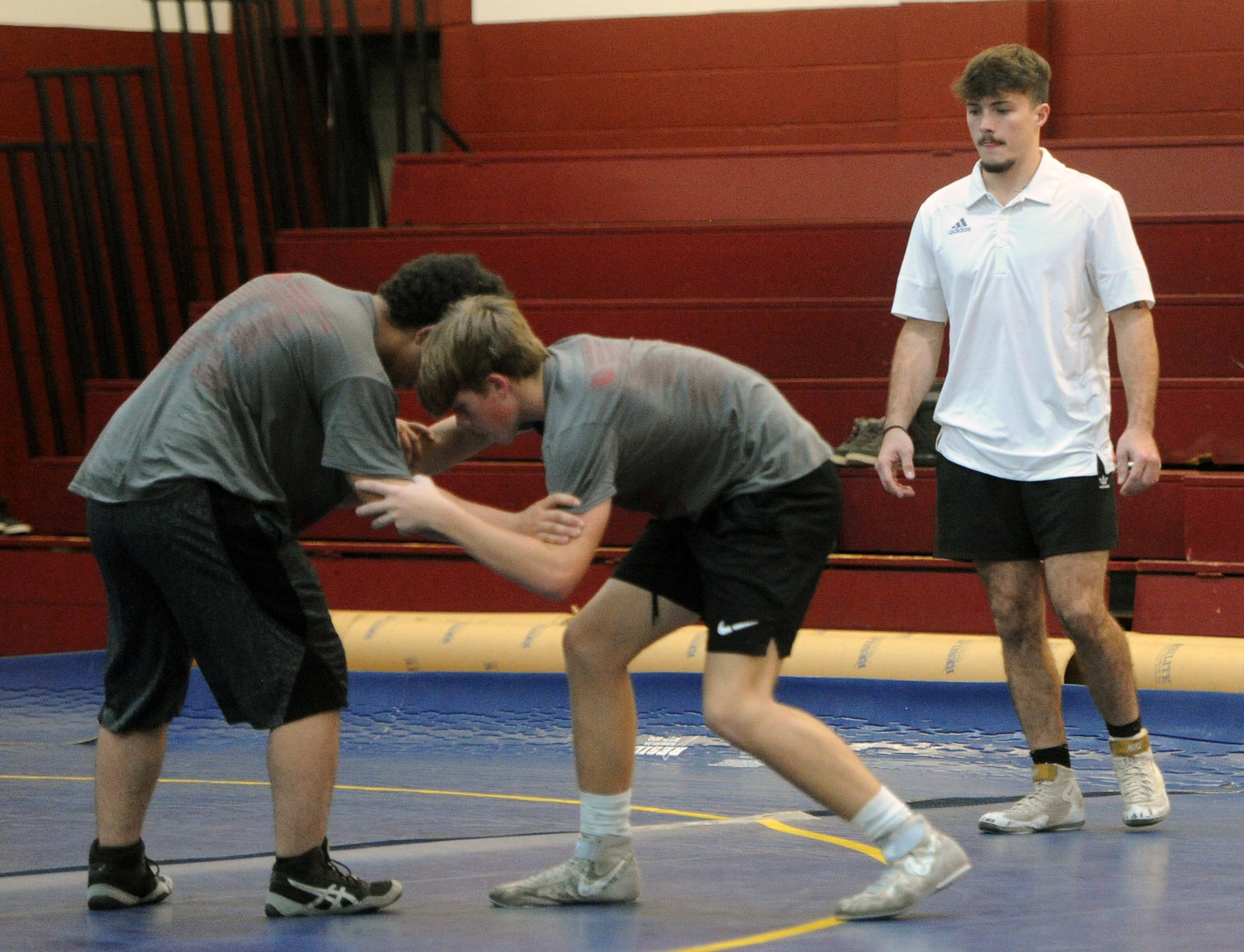 When Cornersville wrestling coach Sam Hubbell departed for Spring Hill High School, the school’s administration wanted to keep building on the groundwork laid last season in the restart of the wrestling program.
That’s when the administration turned to then-assistant coach Jeff Gross to pick up the torch and carry on the program in the 2022-2023 season.
“I was an assistant coach last year and got to work with four of the guys we have returning this year. It’s exciting watching how I went through wrestling and being able to coach and watch other kids excel and progress in the sport,” Gross said.
Gross is no stranger to wrestling within Marshall County.
A 2019 graduate of Forrest High School, Gross has been wrestling for the better part of his life and has been pretty successful during his competitive years.
“I’ve been wrestling since I was four. I won a few state titles throughout different styles of wrestling. I won three state championships at Forrest High School. They asked me last year if I wanted to step up and help. Coach (Sam) Hubbell went to Spring Hill and they needed a head coach. They asked me and I’m the man for the job,” Gross said.
With the program in its infancy in the restart carried over from last year, there are inherent challenges in not just sharpening technique and skill on the mat, but also the logistics of fielding as big of a team as possible.
While wrestling pits two wrestlers on a mat in a given match, it’s very much a team sport with various weight classes tallying points for the overall team score.
The more wrestlers who can fill the 14 weight classes, the better a team score can be.
“Individually, you’re on the mat with just one other guy. But the team aspect, there’s 14 different weight classes and each match scores points for your team. With last year, we only had four guys and we lost a lot of our matches team wise, but a lot of our individuals stepped up and started winning a lot more as we progressed through the season,” Gross said.
“Having a smaller team, it is difficult, but we’ll still go out there and scrap with whoever is on the schedule.”
With just a handful of wrestlers hitting the mat for the Bulldogs this season, Gross’ vision focuses on hammering conditioning and slowiy improving technique as the season progresses.
“We’re trying to hit all aspects of it. We have all first and second-year wrestlers. The main focus has been sticking to the basics and drill it hard. Everything we do is a conditioning circuit. We’ll start off and run miles before practice, then we’ll get good and stretched out. We’ll go into a little bit of technique. We’re learning right now. As we learn technique throughout the season, the drilling comes into play,” Gross said.
While wrestling remains a smaller sport, the vision is to grow the excitement for a new athletics program in Cornersville.
“Wrestling is new around here. We want to grow it and watch everyone excel. The guys we have now, we still have them for another season because we don’t have any seniors,” Gross said.
Coupled with a small squad, the logistical challenges with building a new mat center around the fundraising for a competition mat so Cornersville can host more home matches.
“We’re still working on getting a mat. We only have a practice mat right now. We’re looking to build up money for a new mat and having the community come in and watch wrestling more often,” Gross said.
When it’s all said and done and the season has come and gone, Gross of course wants to see as many of his wrestlers tally wins for the Bulldogs, but more so wants to see each wrestler who steps on the mat improve from the season’s beginning to the end at whichever level of the postseason that may be.
“Just watching the guys progress. If they got better throughout the season, that’s a positive note. It’s a tough sport. We don’t have a lot of kids stick with it. Just watching these kids come in and grind. They want to come in, get better and learn. It’s fun to watch,” he said.
For prospective athletes looking for a new sport to give a try to, Gross had just one thing to say, “Come out and try it out.”
For those interested in helping the fundraising component of the program and helping the Bulldogs secure a new mat, there are a handful of coaches and administrators the public can reach out to.
“They can reach out to athletic director Eric Crabtree, our assistant coach Katie (Viazcan) or me,” Gross said.