CORNERSVILLE — A late-game surge by the Cornersville Bulldogs (1-0) landed the home team their first win of the regular season with an 8-3 win over visiting Santa Fe (0-1) on Monday night.The … 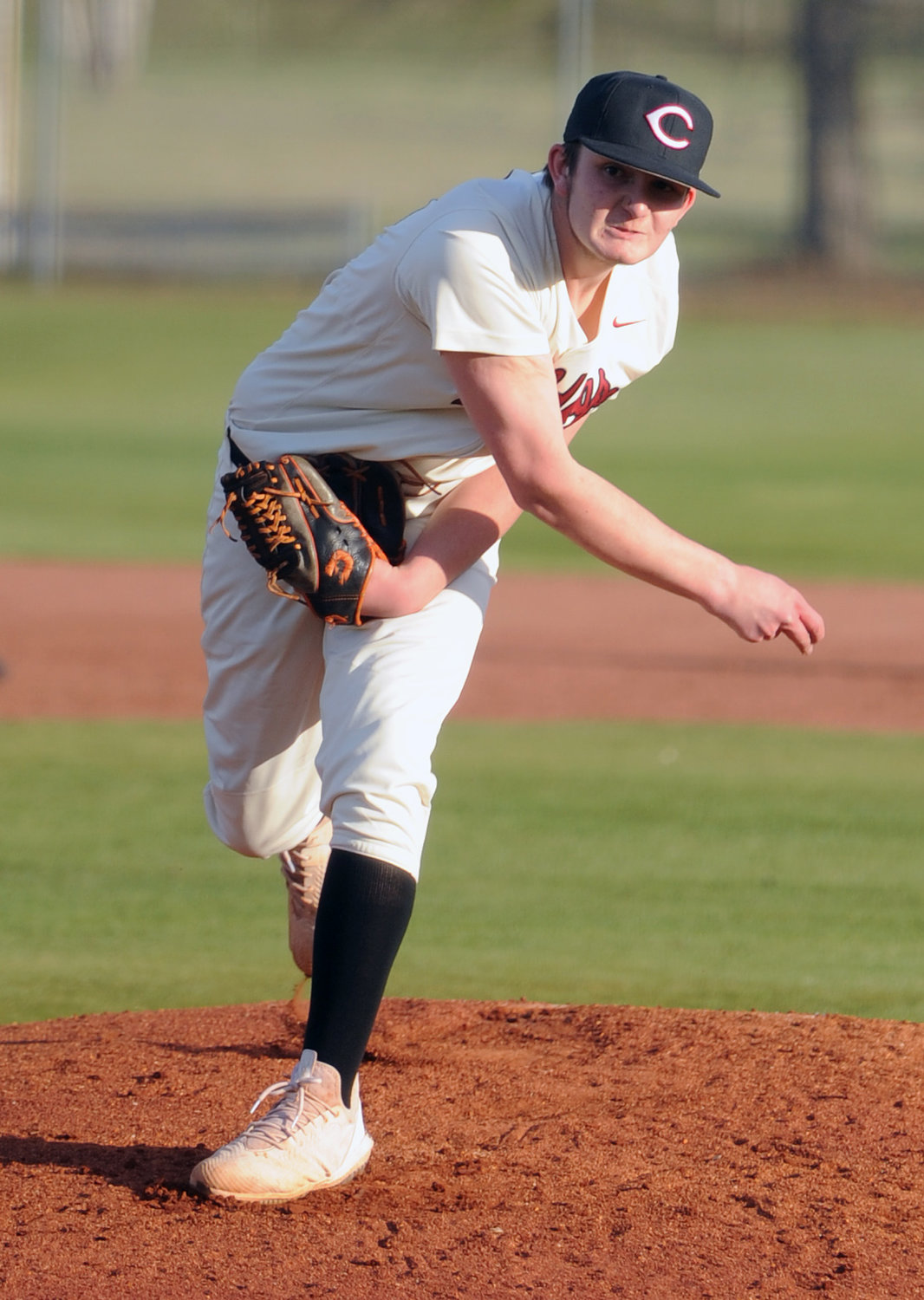 Tanner Mullins fires a strike across the plate for the Bulldogs. He went five innings, struck out 10 batters and didn't allow an earned run to cross the plate.
Tribune Photo by Chris Siers 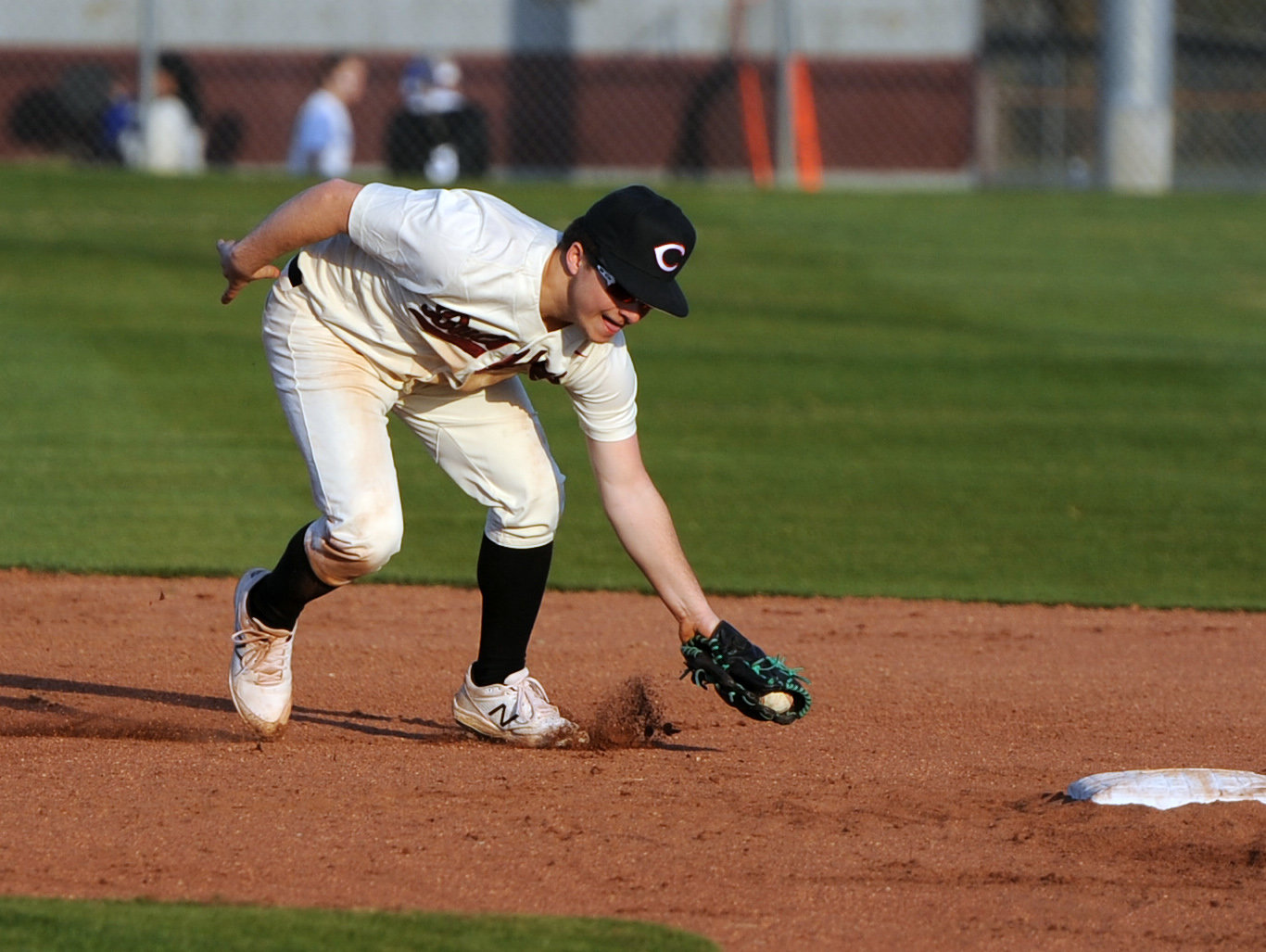 Mason Callahan field a grounder at short stop and fires the throw to first for the out.
T-G Photo by Chris Siers
Previous Next
Posted Tuesday, March 15, 2022 1:06 pm
By Chris Siers ~ sports@t-g.com

CORNERSVILLE — A late-game surge by the Cornersville Bulldogs (1-0) landed the home team their first win of the regular season with an 8-3 win over visiting Santa Fe (0-1) on Monday night.
The Bulldogs got an outstanding start on the bump by Tanner Mullins, who went five innings.
He gave up just three runs, none of which were earned, on two hits and struck out 10 before being relieved in the sixth.
Beau Schilling pitched the final two innings and didn’t allow a hit while striking out five.
Both teams plated a single run in the first inning before Cornersville took a 2-1 lead in the bottom of the second inning.
Santa Fe rallied for two in the top of the third, but after that, Cornersville settled in and scored six runs over the final three innings and held on for the season-opening victory.
Mason Callahan had the hot stick for the Bulldogs, going 2-for-3 on the night with a pair of walks and a RBI.
Five additional Bulldogs recorded an RBI in the win over Santa Fe.
Cornersville makes the trip to Santa Fe this afternoon to complete the two-game series to open the season.