New Cornersville Bulldog basketball coach Dakota Brown has a vision for his program.The first-year head coach wants to build a foundation around the youth in the program, which he feels can lead to … 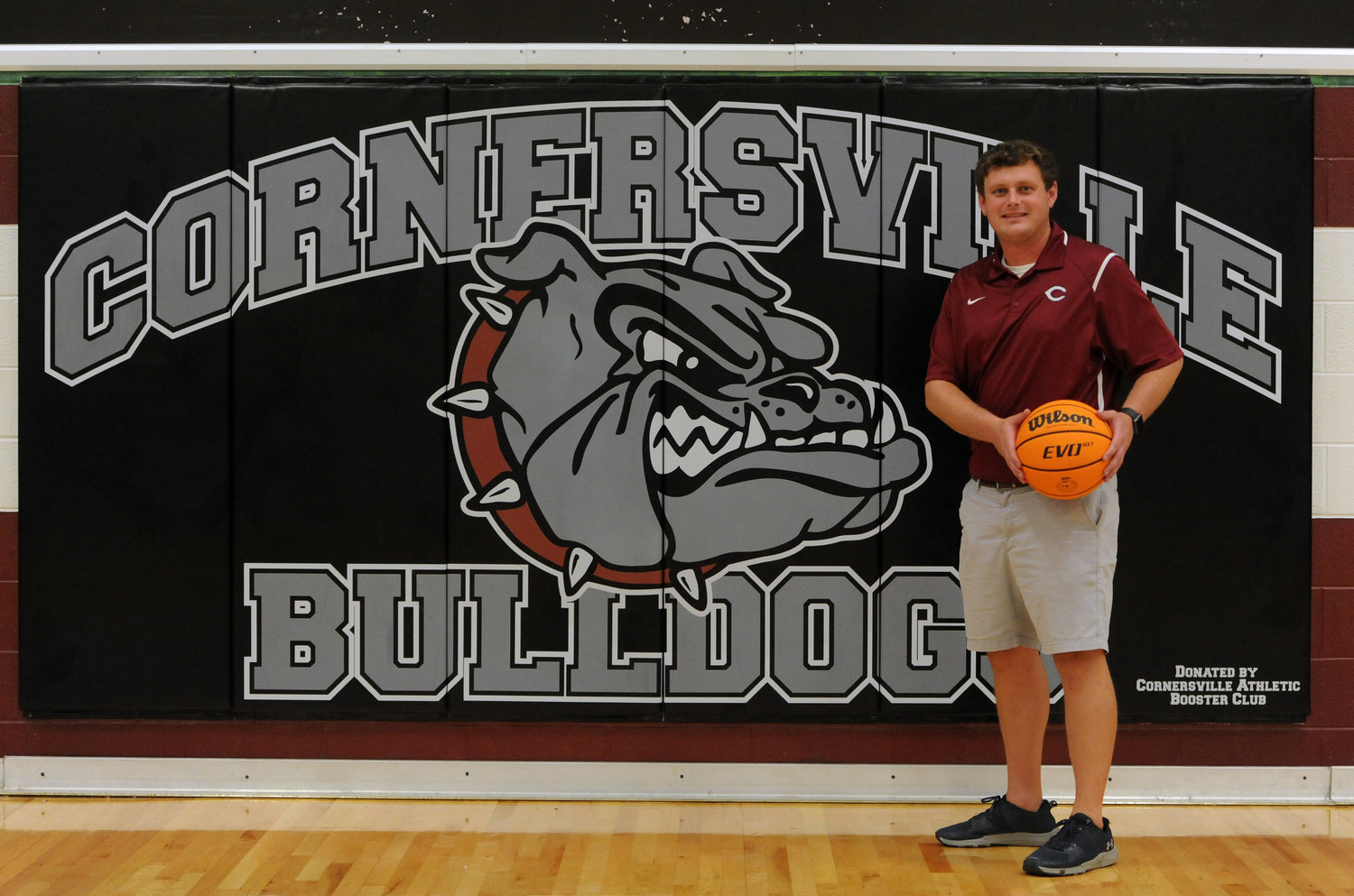 New Cornersville Bulldog basketball coach Dakota Brown has a vision for his program.
The first-year head coach wants to build a foundation around the youth in the program, which he feels can lead to several championships in the future.
“I told them the first day I saw them, building a firm relationship with the team, we’ve got a young team. I think building a firm foundation first of all. But I also told them, regardless of the first year or not, we want to hang a banner. With the group I’ve got now, I think we’ve got a great chance to hang one, two or three. But Year 1 is building that foundation because in Year 2, we’re stepping on it and we have something built,” he said.
Brown comes to Cornersville after getting his coaching career started at the middle school level, coaching at Unity School in Lincoln County.
Although his stint with the Bulldogs is his first head coaching position at the high school level, he’s no stranger the sport and is from nearby Mt. Pleasant.
“had the opportunity to play in the state tournament in 2013 and graduated in 2014. From there, I went to Columbia State and got a degree in exercise science from there. I went to MTSU for two more years and got a degree in K-12 education,” Brown said.
“My first job was at Unity over in Lincoln County. I coached middle school boys basketball, middle school girls basketball and football. From there, high school basketball is where I wanted to be. This job came open and I applied.”
Typically in the hiring cycle, the earlier a coach is hired, the better.
Brown officially joined the Bulldogs just after the dead period and while he’s had a chance to meet with the entirety of the team, having everyone together for workouts and learning his style of coaching has been a challenge.
“I haven’t had a chance to see everybody together but like one day. I definitely will have to take time as to when i can get them. My playing style is man-to-man defense, but of course I want to play a fun style of basketball,” he said.
“Everybody wants to watch a fun team. We do want to get up and down the floor. You say that, but you have to take a look and see what kind of kids you’ve got and what they’re going to be best at.”
While instilling his vision for the team’s offensive and defensive schemes will be a challenge until he can get all the players on the floor together, those players who aren’t participating in fall sports have been focusing on basketball fundamentals and conditioning through the summer months.
“We’ve been in the gym about five days a week just doing skill development. We’ve been hammering individual skill work for the last three to four weeks since I was hired,” he said.
The limited summer time has been limited for the first-year coach, but has still been fairly productive, but the challenge of getting to know the players still remains one of the biggest tasks for Brown.
“Bringing in a new face, they’re used to a certain face, and then it’s me trying to get used to them and them get used to me,” he said.
“With the football guys, I’ve had them for one day. For the most part, I’m not going to have them out here for basketball until after football. That’s going to leave me until after the season starts to mid-season to know those guys. So it’s going to be my job to get out during the school day and talk to those guys and get to know them so when we do meet in November or December, it’s not a shock as far as style of play,” he said.
While the challenges remain, Brown is excited to get to know the community and get to work on the hardwood.
“I am super excited. It takes a little bit of getting used to as far as some of the behind the scenes stuff at the high school level. I can’t wait. I don’t think there’s any better place I could have been put into a situation than here at Cornersville,” he said.