Balanced Lady ‘Dogs too much for Tigerettes

LEWISBURG — A balanced scoring effort by the Cornersville Lady Bulldogs was more than the Marshall County Tigerettes could overcome in Tuesday night’s intra-county matchup.The Lady …

Balanced Lady ‘Dogs too much for Tigerettes 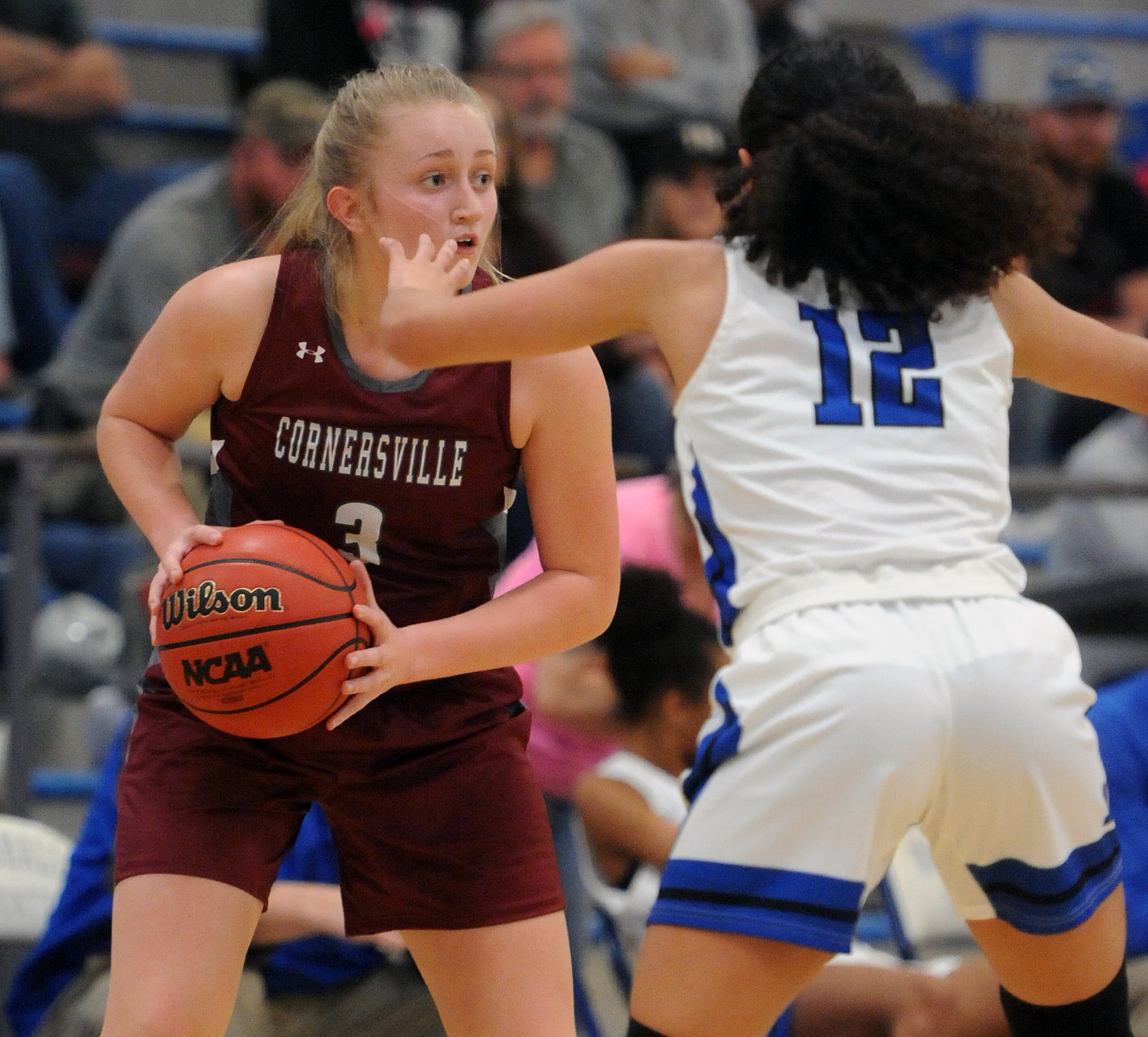 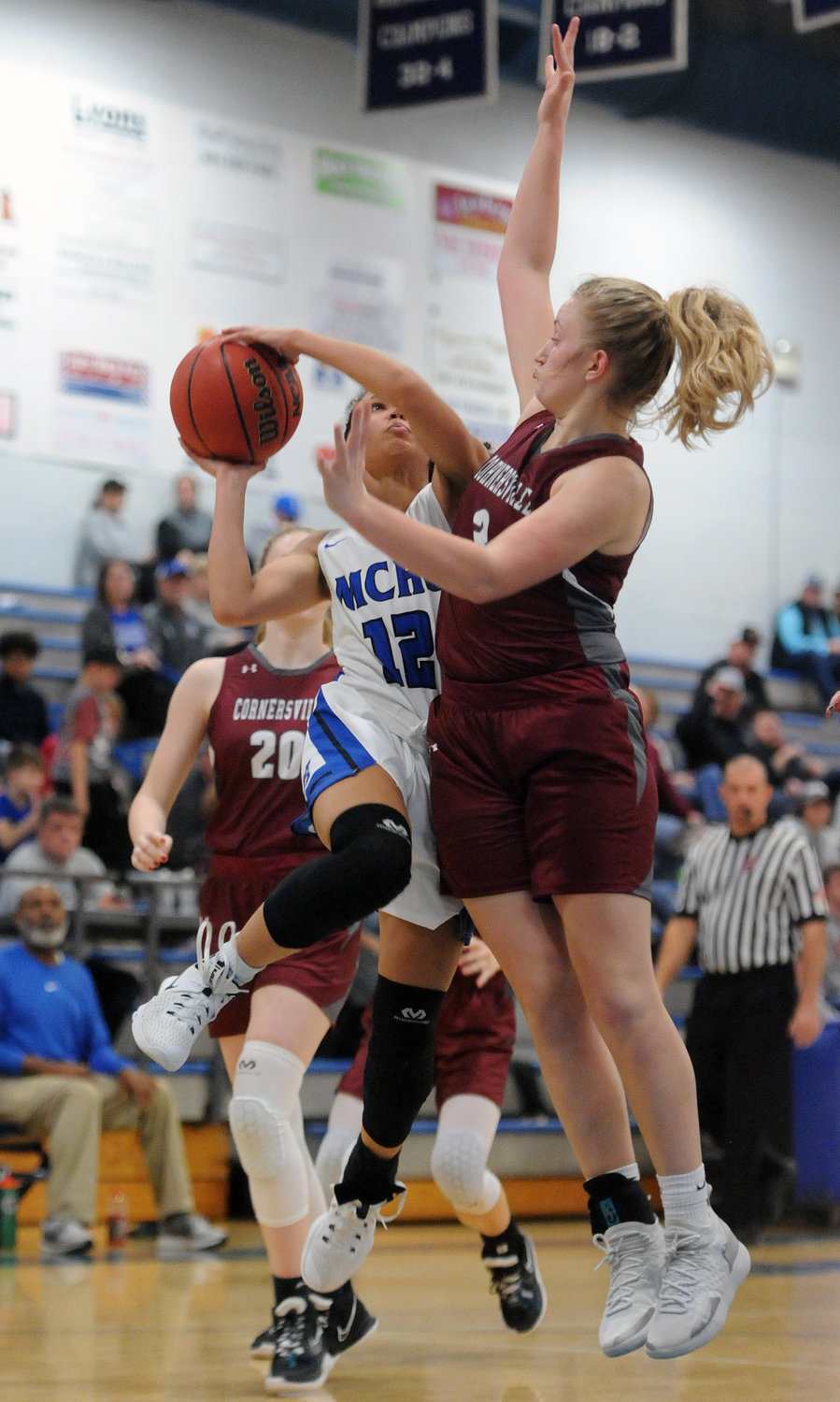 Kayla Keiler drives to the basket and draws the foul against Cornersville. She led the Tigerettes with 13 points.
Tribune Photo by Chris Siers
Previous Next
Posted Tuesday, January 4, 2022 9:29 am
By Chris Siers ~ sports@t-g.com

LEWISBURG — A balanced scoring effort by the Cornersville Lady Bulldogs was more than the Marshall County Tigerettes could overcome in Tuesday night’s intra-county matchup.
The Lady Bulldogs hit double figures in all four quarters and placed seven players in the scoring column in the 47-33 win over the Tigerettes on Tuesday night.
Cornersville jumped out to the 10-3 lead by the end of the first quarter.
After scoring just one field goal by Demiyah Blackman in the first quarter, The Tigerettes were able to rally for 10 in the second quarter and cut the Cornersville lead to single digits by the half.
While Cornersville managed a 12-10 run in the second, it was a defensive scheme that proved fruitful in the second half.
Switching to a full court defense after the intermission, Marshall County simply struggled to move the ball across half court.
Cornersville, meanwhile, saw five different players score in a 14-point third quarter.
Had it not been for a pair of 3-pointers by Kayla Keiler, the Tigerettes would have been held to single digits in the quarter.
Still, the Tigerettes were never fully knocked out of striking distance.
Cornersville closed the game on an 11-10 run to secure the 14-point victory over the Tigerettes.
Of the 11 fourth-quarter points, Hanna Moore knocked down six of her eight points in the contest.
Cornersville’s Anna Wood scored 13 points to lead the Lady Bulldogs, including three of the Lady Bulldogs’ four made 3-pointers.
Cornersville attempted just five free throws against Marshall County and connected on three of the attempts.
Marshall County, meanwhile, was led by Keiler’s 13 points, which included a pair of made 3-pointers.
The Tigerettes were just 5-of-14 at the free throw line.
Marshall County will look to get back on track on Tuesday against Giles County, while the Lady Bulldogs will look for their fifth-straight win at Zion Christian.