Forrest junior pitcher Julie Williams was in the zone Tuesday night at the Field of Dreams in Chapel Hill as the junior tossed a perfect game in the circle, retiring all 15 Community batters she … 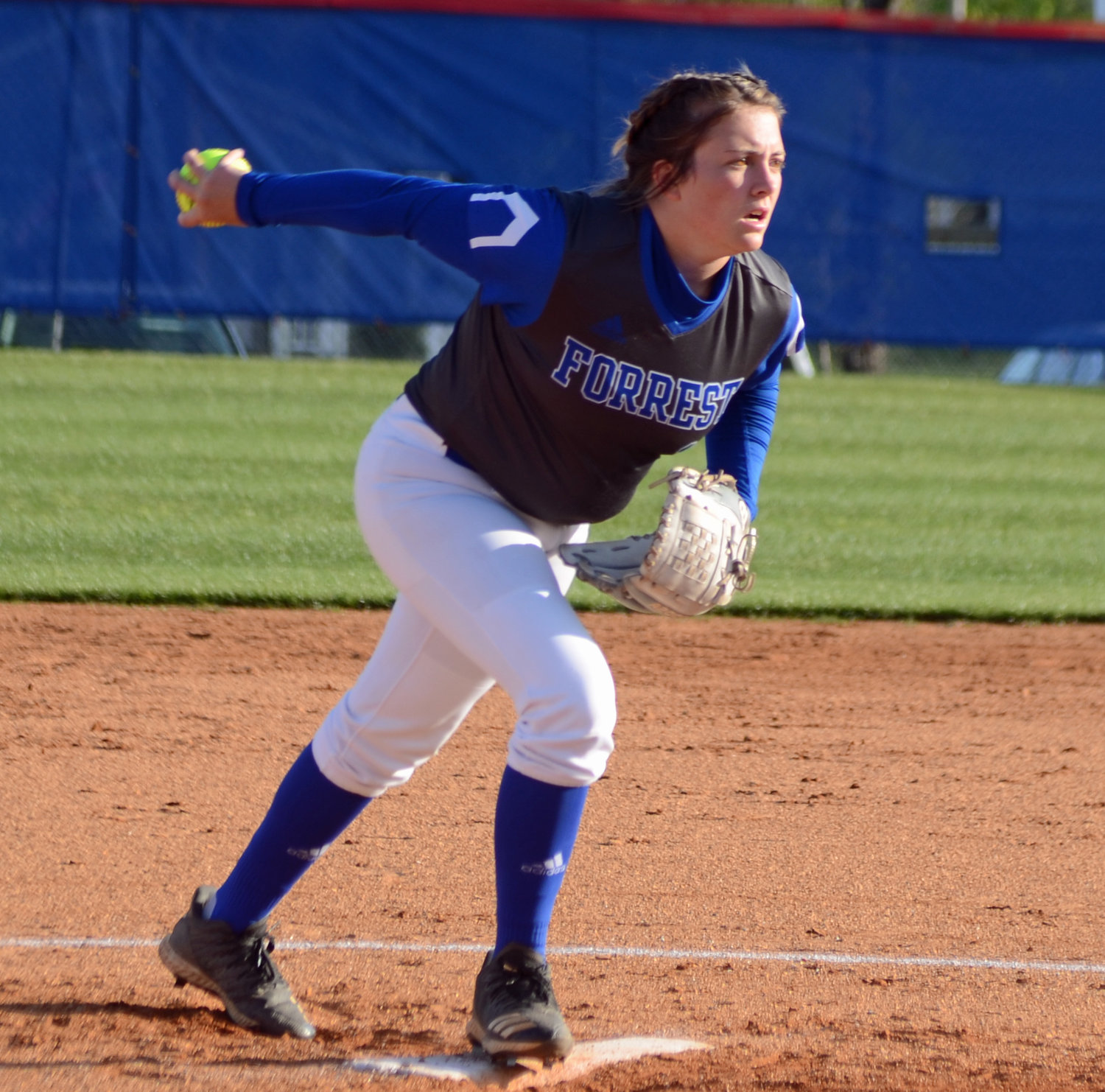 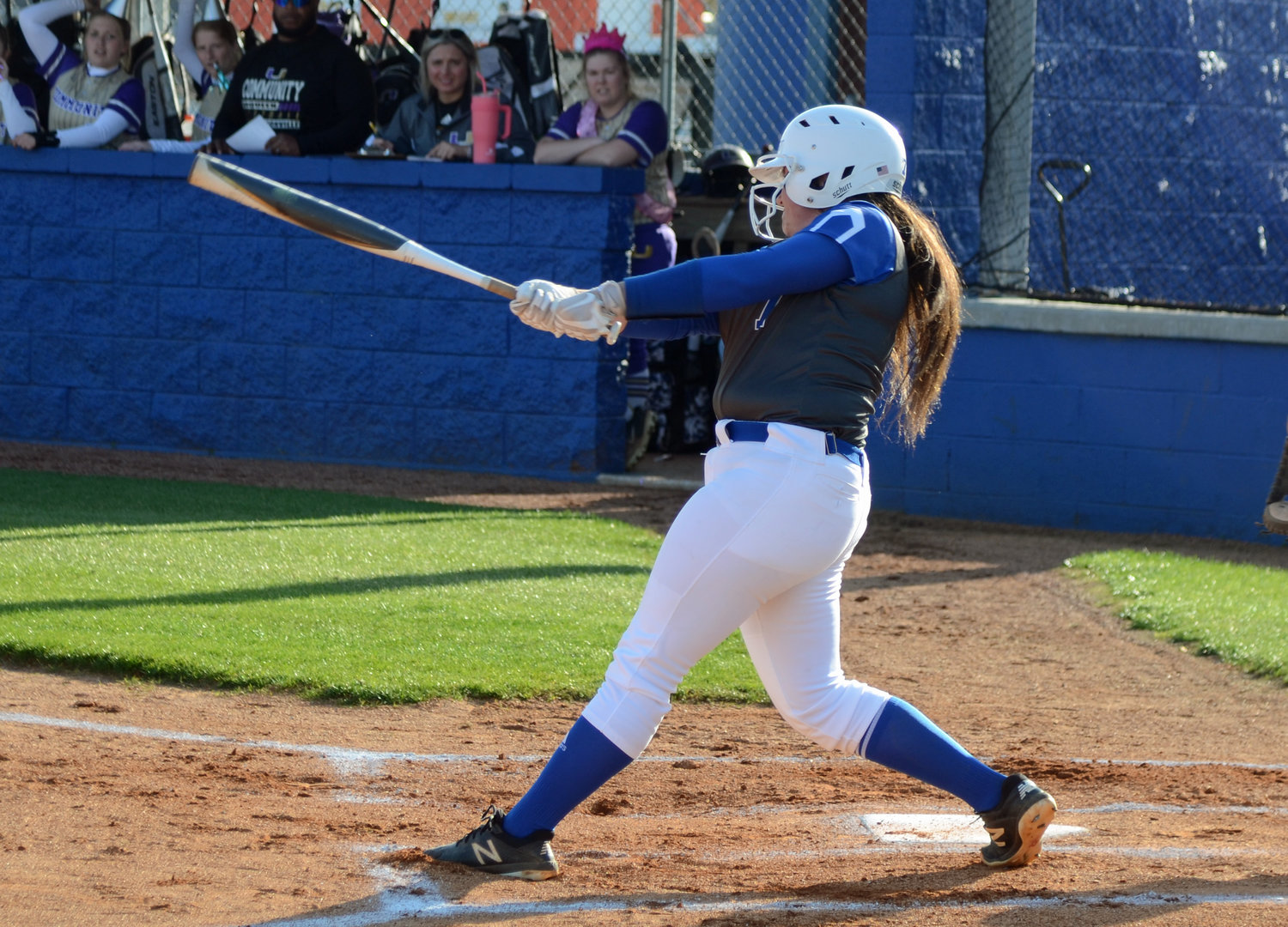 Carli Warner went 3-for-3, driving home two runs and scoring a pair of runs in the Forrest 12-0 shutout win over the Viqueens. 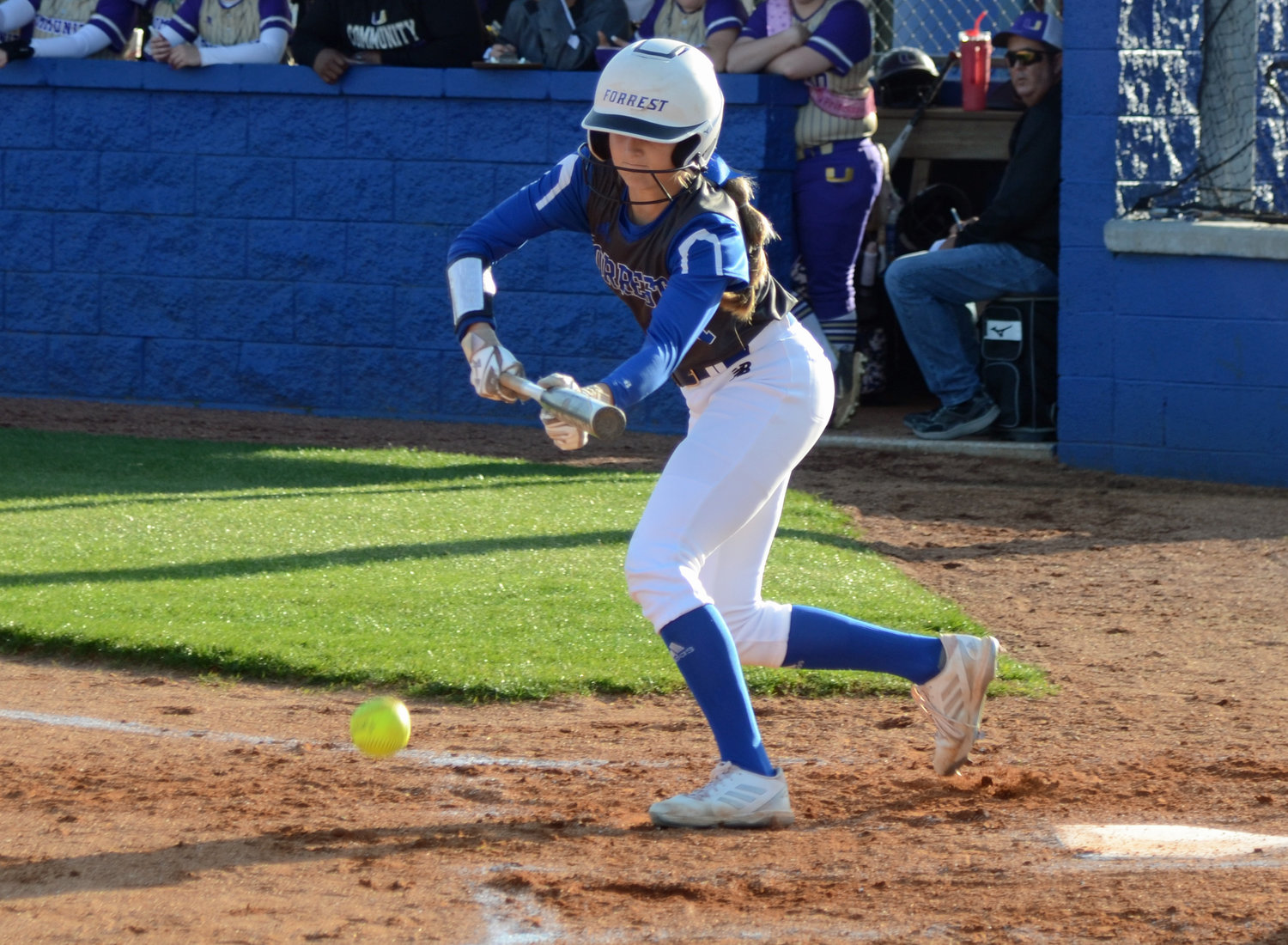 Addison Bunty went 2-for-3 with an RBI and run scored for the back-to-back defending state champion Lady Rockets. 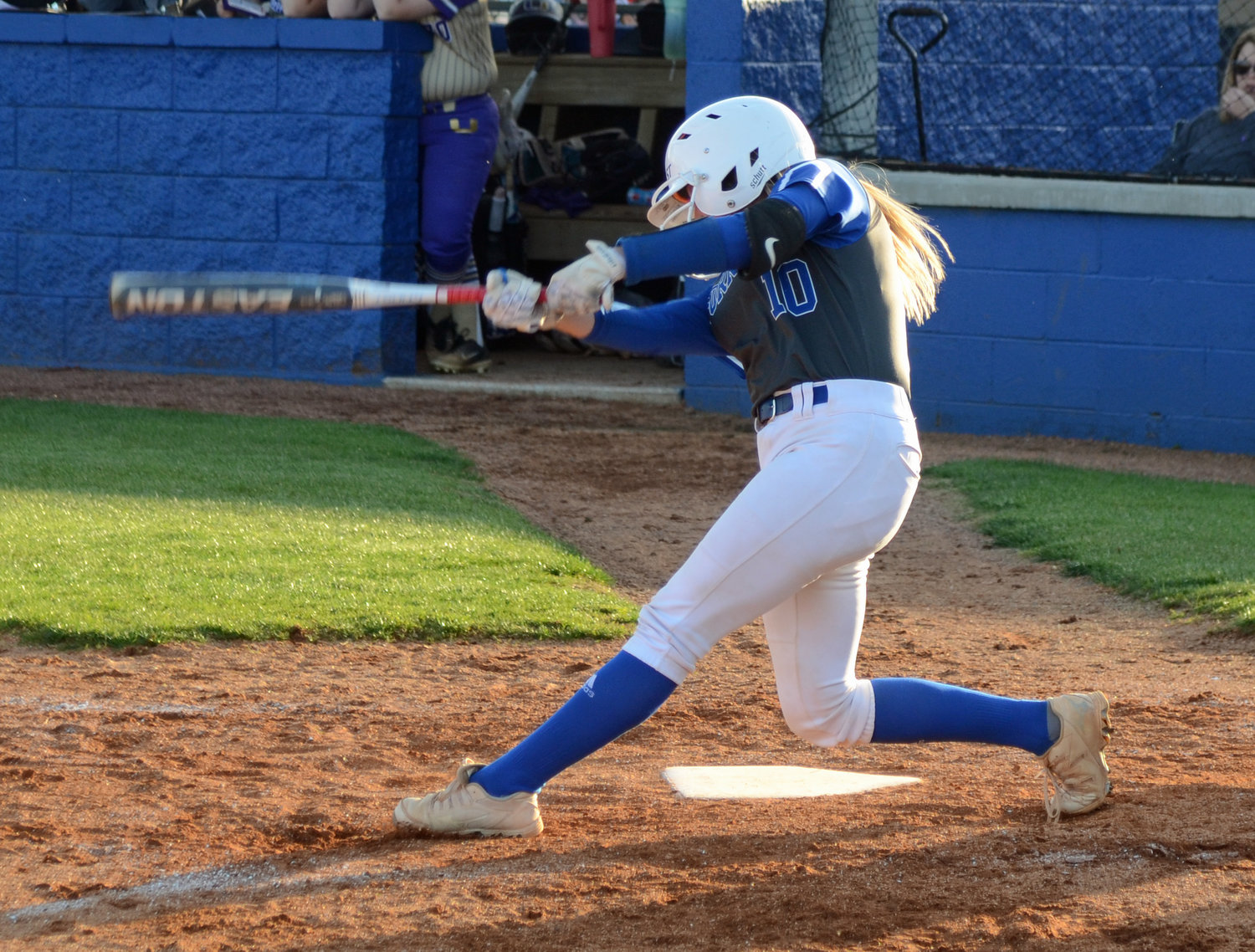 Forrest catcher Parker Wales went 3-for-3 with an RBI. 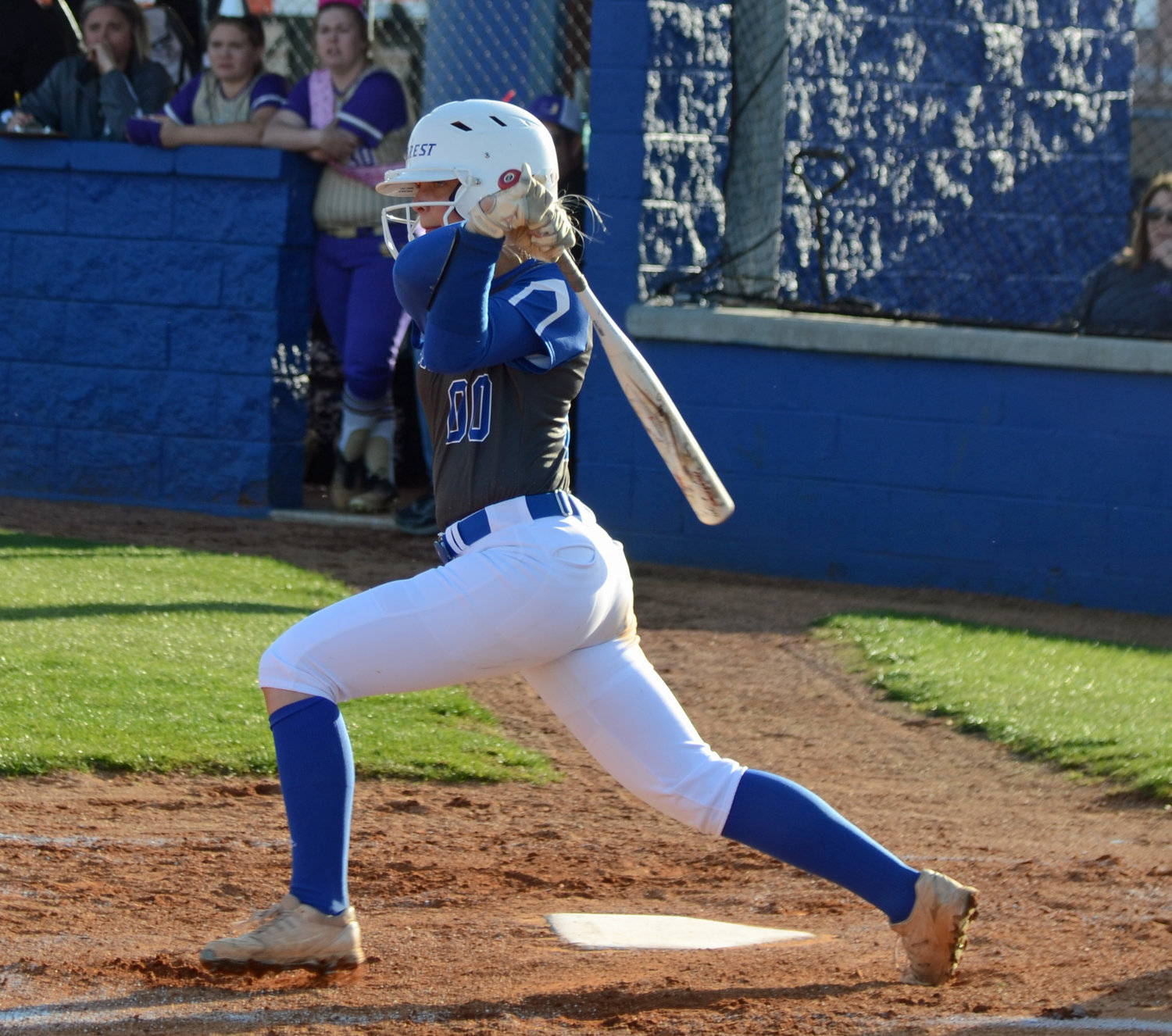 Abby Ferguson had another big night for the Lady Rockets with two hits, three runs scored, and an RBI.
Previous Next
Posted Tuesday, April 19, 2022 8:55 pm

“Hopefully at this point you should be playing your best ball,” Lightfoot said. “Maybe after tonight the ones that needed to get their bats going got some confidence they can take to the rest of the district,” Lightfoot said.”
Forrest coach Shelby Lightfoot
By Anthony S. Puca Sports Writer

Forrest junior pitcher Julie Williams was in the zone Tuesday night at the Field of Dreams in Chapel Hill as the junior tossed a perfect game in the circle, retiring all 15 Community batters she faced in the circle.

“At the beginning of the year Julie was throwing great, but we feel like she lost it a little bit,” Forrest coach Shelby Lightfoot said. “Not tonight, I felt like she honed in and hit her spots well.

“When we are hitting our spots we can play well defensively behind her because we know where it’s going, so we thought she did a fabulous job of hitting her spots and going after batters and also going off pitches to make batters chase.”

The Lady Rockets’ offense responded in kind, banging out 14 hits in the 12-0 five-inning, run-rule win.

Carli Warner and Parker Wales led the onslaught with perfect 3-for-3 nights at the plate with Warner driving home two runs and scoring a pair of runs while Wales knocked in a run.

“Carli and Parker had a good night as far as hitting in the 5/6 hole, they hit them very hard,” Lightfoot said. “We call those fly balls pretty outs, you know you can hit that pretty ball but still be out, so finding a way to get those ugly hits with runners on was good, they worked really hard on that tonight.”

Leadoff hitter Macyn Kirby got on base every time she was up to bat with a single and a pair of bases on balls that turned in to three stolen bases and two runs scored.

“As far as our slappers, we just ask them to put on pressure,” Lightfoot said. “I think we have a pretty fast lineup all the way through, so as far as our speed, just getting on and putting on pressure at the top of the lineup and finding a way to score one or two every time they are up.”

Abby Ferguson also reached base all three times she was up, banging a run-scoring double and a single. Ferguson was also hit by a pitch, scored three runs, and stole a base.

Forrest’s lone senior on the defending Class 2A back-to-back state champions Addison Bunty went 2-for-3 with an RBI and a run scored.

Williams found the strike zone early in the contest, setting down the Viqueens 1-2-3 in the top of the first inning before her teammates staked her to a pair runs on an RBI single by Warner and a fielder’s choice RBI by Jenna Goodman.

Community went down in order in the second inning and the Lady Rockets exploded for six runs in the home half of the frame, sending 10 batters to the plate.

Ferguson, Warren, Goodman, and Bunty all had RBIs in the inning and Burnham scored on a passed ball and Daughrity scooted to the plate on a wild pitch.

There was no scoring in the third inning and Williams coaxed three consecutive ground ball outs in the top of the fourth.

Forrest topped off the scoring with four runs in the bottom of the fourth inning and Williams went to the circle in the top of the fifth in search of perfection.

Daughrity ran down a fly a ball in right field for the first out and Burnham scooped up a grounder and threw to Warner at first for the second out before Warren gobbled up a grounder to third and fired to Warner to finish off the season sweep over the Viqueens.

Forrest extended their unbeaten streak over the Viqueens to an amazing 49-0, dating back to 2002.

Forrest (15-9, 2-0) still has four District 7-AA games remaining with two each versus Cascade and Grundy.

“Hopefully at this point you should be playing your best ball,” Lightfoot said. “Maybe after tonight the ones that needed to get their bats going got some confidence they can take to the rest of the district,” Lightfoot said.