Forrest’s Julie Williams, who pitched a perfect game versus Community on April 19, flirted with perfection again in Thursday’s senior night contest against the Cascade Lady Champions as the … 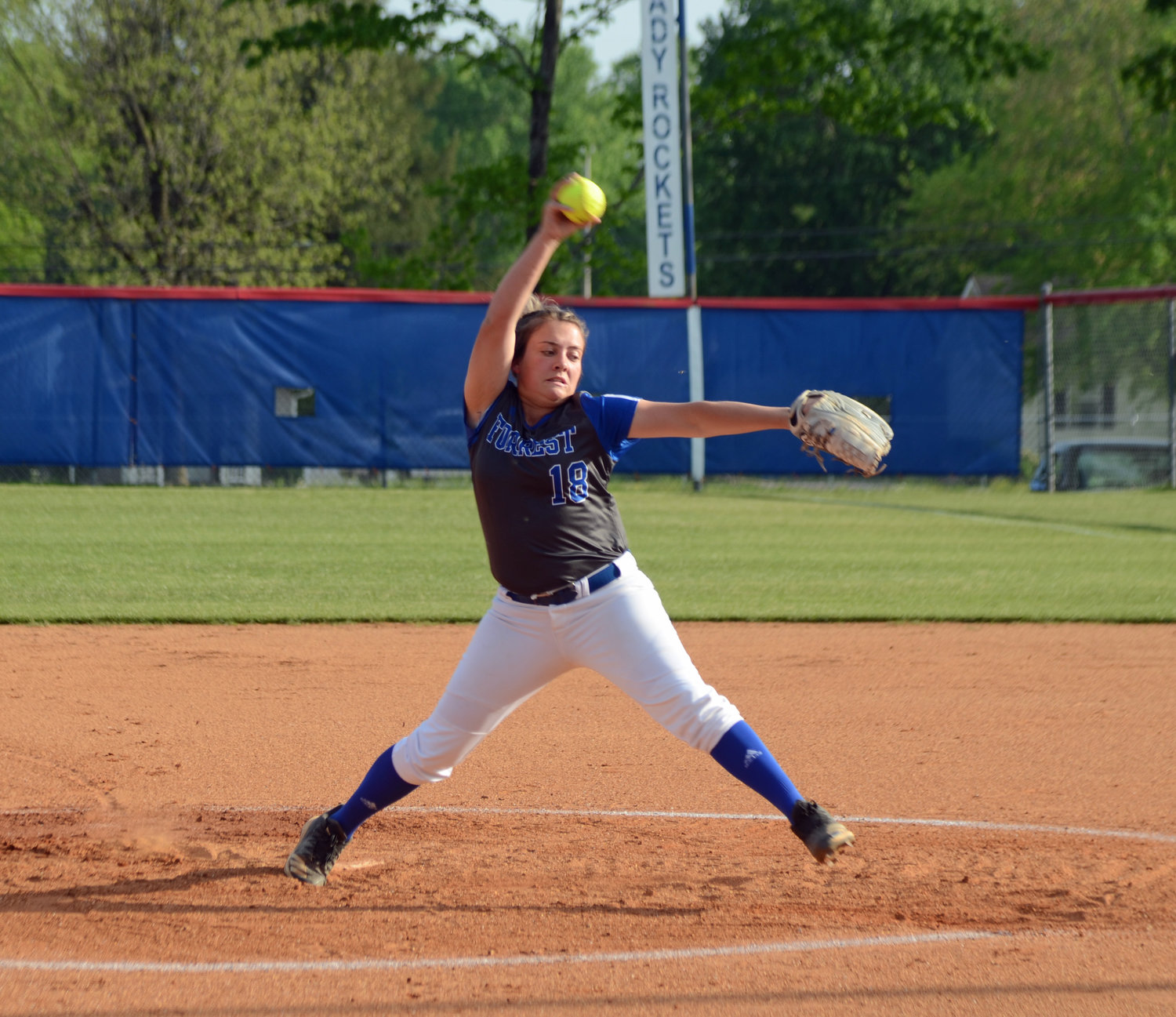 Julie Williams tossed a no-hitter versus Cascade in Thursday senior night contest at the Field of Dreams in Chapel Hill.
Tribune photos by Anthony S. Puca 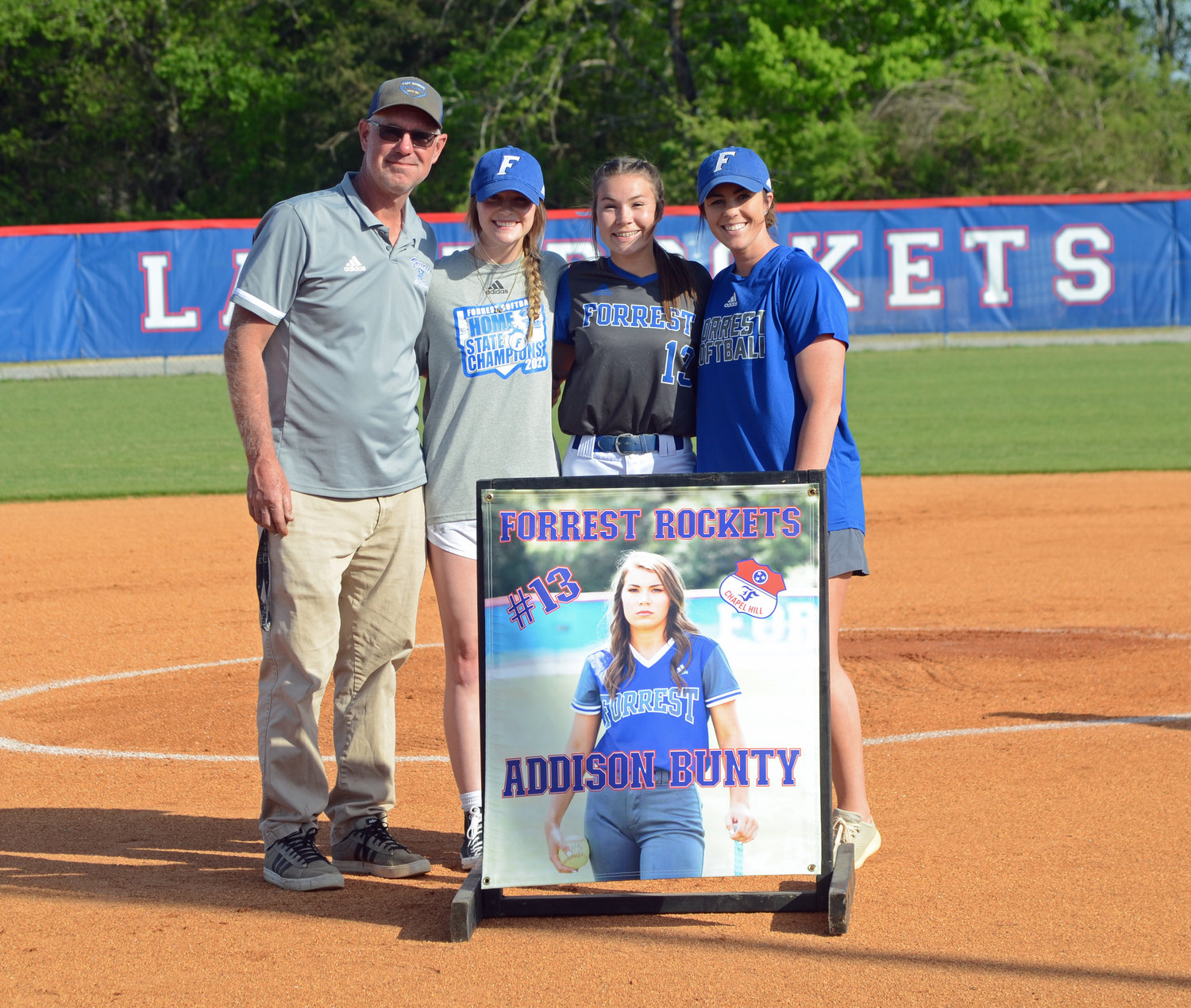 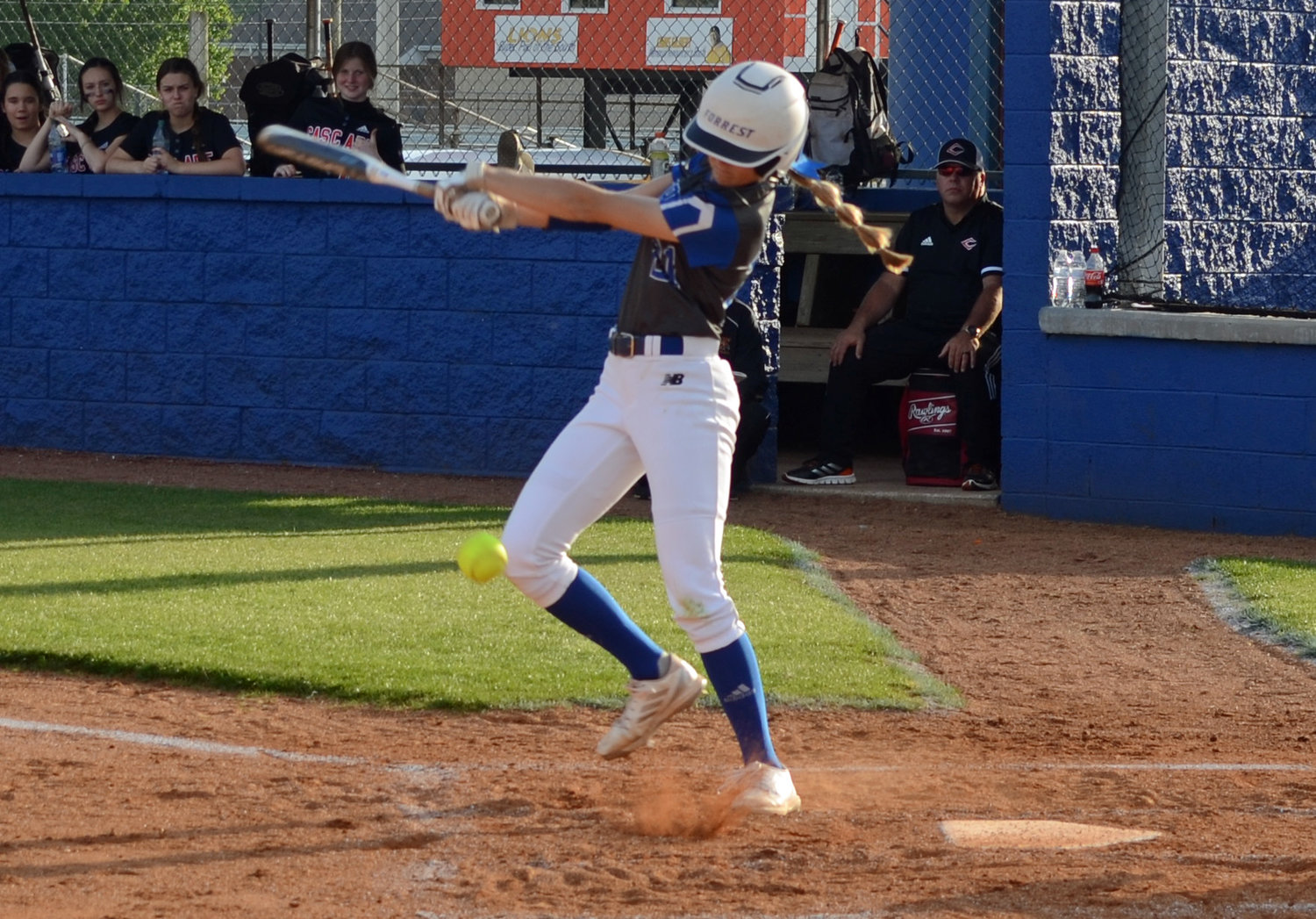 Maggie Daughrity executes the slap base hit in the bottom of the second inning. 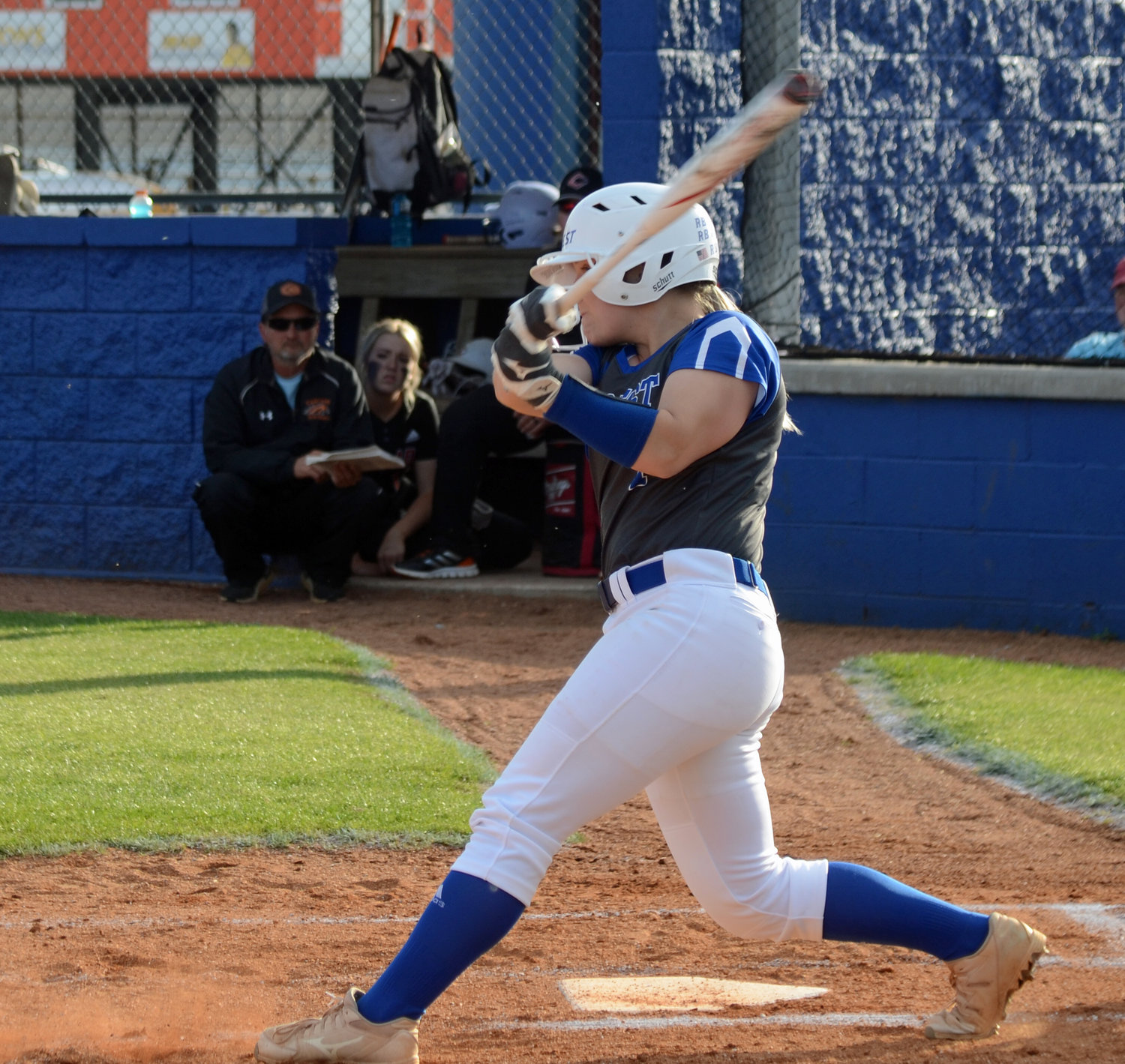 Christa Warren went 4-for-4 with three RBIs versus the Lady Champions. 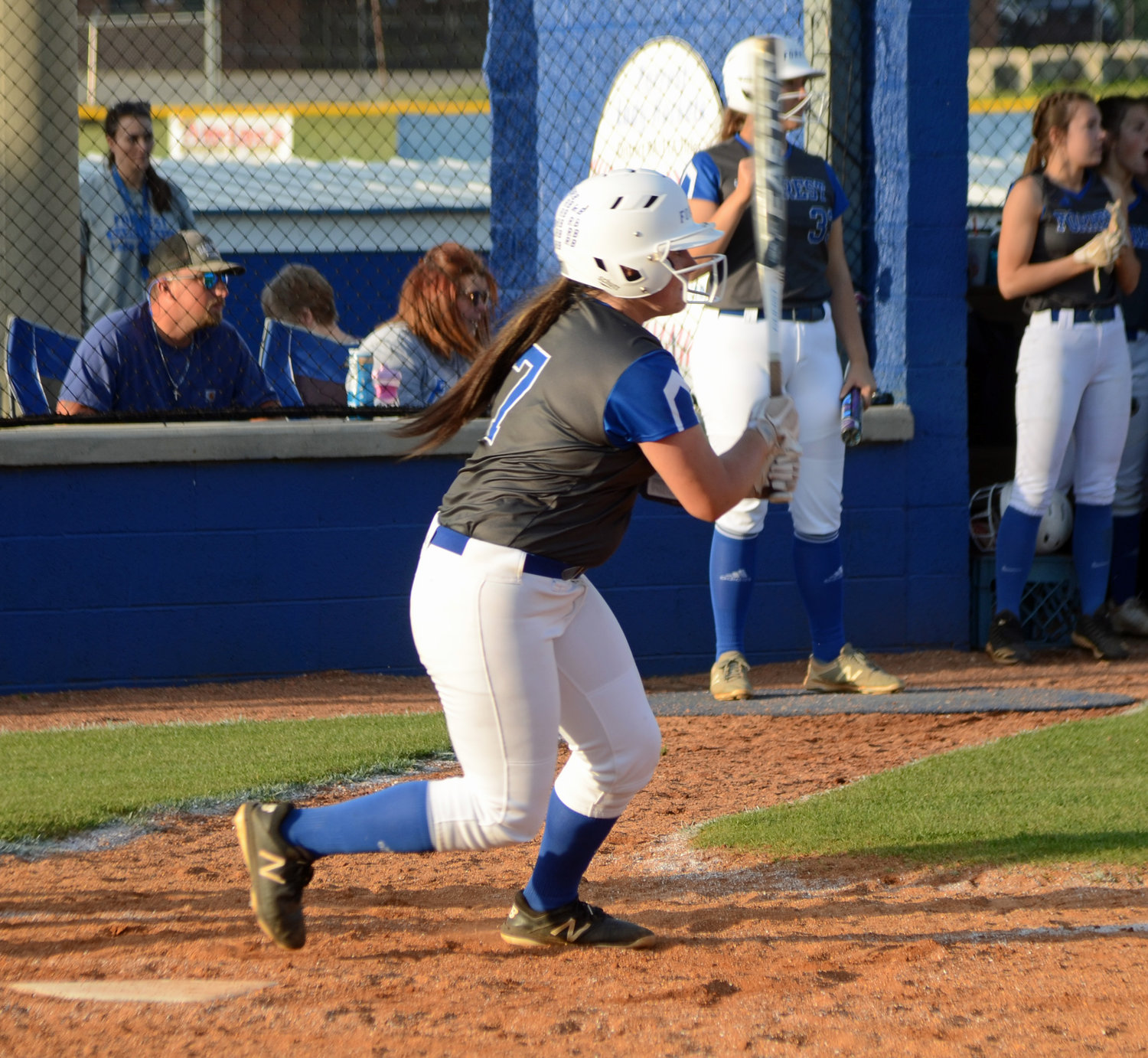 Carli Warner slashes a two-run single in the bottom of the fourth inning. 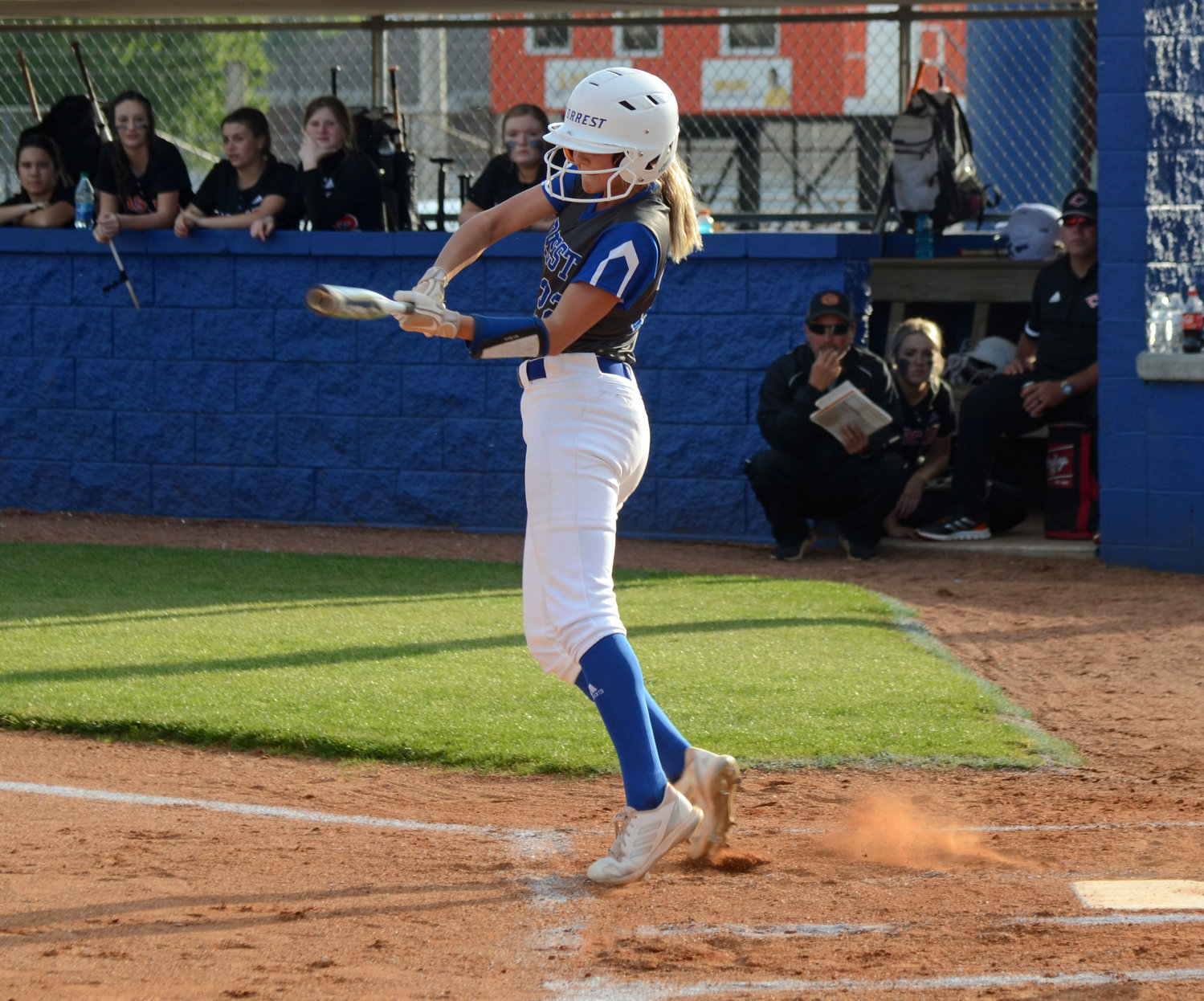 Macyn Kirby, who went 4-for-4 with four runs scored and two RBIs, leads off the bottom of the first inning with a base hit. 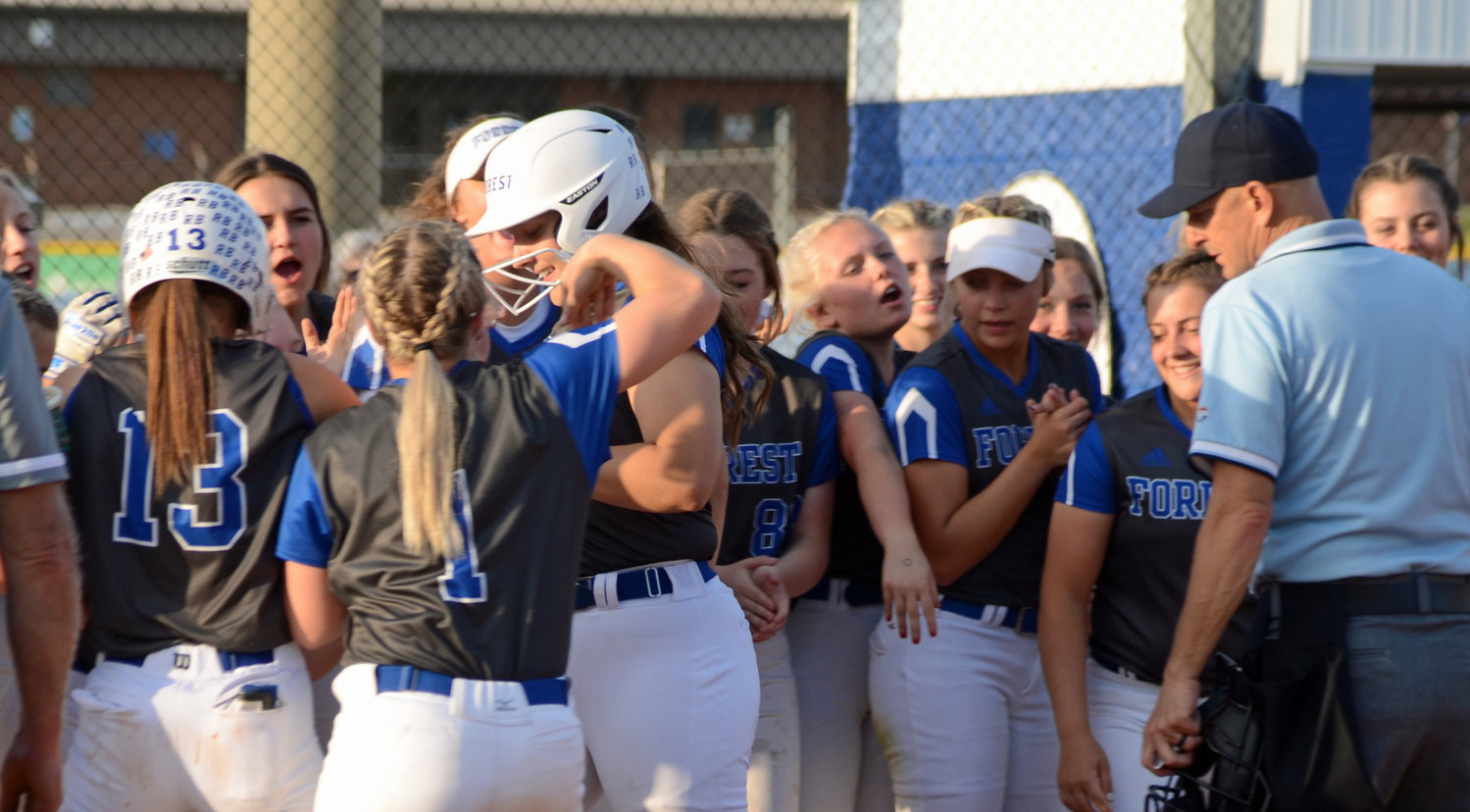 Sarah King is greeted by her teammates at home plate after bashing a two-run homerun in the bottom of the fourth inning.
Previous Next
Posted Friday, April 29, 2022 8:59 am

Forrest’s Julie Williams, who pitched a perfect game versus Community on April 19, flirted with perfection again in Thursday’s senior night contest against the Cascade Lady Champions as the junior hurler tossed a no-hitter with the only blemish coming on a fourth inning error.

Williams had all her pitches working as she kept Cascade off balance the entire contest, striking out seven and walking zero batters in the 10-0, five-inning, run-rule win.

“Julie shut it down on the mound,” Forrest coach Shelby Lightfoot said. “Even though our bats were a little slow to take off, she was holding it down so we could get going.”

“We were not lighting it up, but we had some timely hits when it mattered and that was big, but the biggest shout out is the no-hitter.”

The win capped off a 3-0 week for the Lady Rockets, who have won six games in a row and eight out of their last 10.

Forrest (20-9, 6-0) clinched the top seed in the upcoming District 7-AA Tournament that begins at Chapel Hill on May 6.

“At the beginning of the year I told her (Macyn) she was one dimensional and right now she is making eat my words by doing it all,” Lightfoot said. “She didn’t like that comment, but it has made her better and she is doing it all and we will need that in the long run.”

Sophomore Christa Warren also had a 4-for-4 performance at the dish with a pair of doubles, three RBIs, and one run scored.

Carli Warner had two RBIs on a fourth inning double and Sarah King belted a two-run homerun in the offensive onslaught.

Williams set down Cascade in order in the top of the first inning before Kirby led off the home half of the frame with a base hit, stole second, and scored on a Warren single.

After three more Cascade outs, the Lady Rockets plated two more runs in the bottom of the second inning as Daughrity got things started with one out, beating out an infield single and stealing second base.

Kirby doubled to put runners on second and third before Warren followed with a laser to center field that scored both runners.

Williams finished off Cascade in the top of the third inning on a nasty changeup for the inning ending strikeout and after Lani Jones reached on a leadoff error in the top of the fourth inning, Williams set down the next three Lady Champs in order to send the game to home half of the stanza.

King’s two-run dinger caped off the five-run inning to make it 8-0 and Williams maintained the no-hitter in the top of the fifth inning, finishing off the frame with her seventh strikeout.

Daughrity drew a one-out base on balls in the bottom of the inning and stole second base again.

Kirby tripled to drive in Daughrity and Warren followed with a walk off double to end the game.

Forrest finishes up its regular season schedule next week with a trip to Marshall County (14-8) on Monday, followed by the finale versus Rockvale (10-12) at home on Wednesday.

“We haven’t played that many games in a row in a while, so just finding that energy and playing some games back-to-back was good for us,” Lightfoot said. “We get a little break before next week and hopefully we can use the rest of our games to get ready for the district tournament.”

Forrest has won at least 20 games every year since 2002 and has had 30+ winning seasons six times and in 2017, the Lady Rockets posted their all-time best record of 41-6.