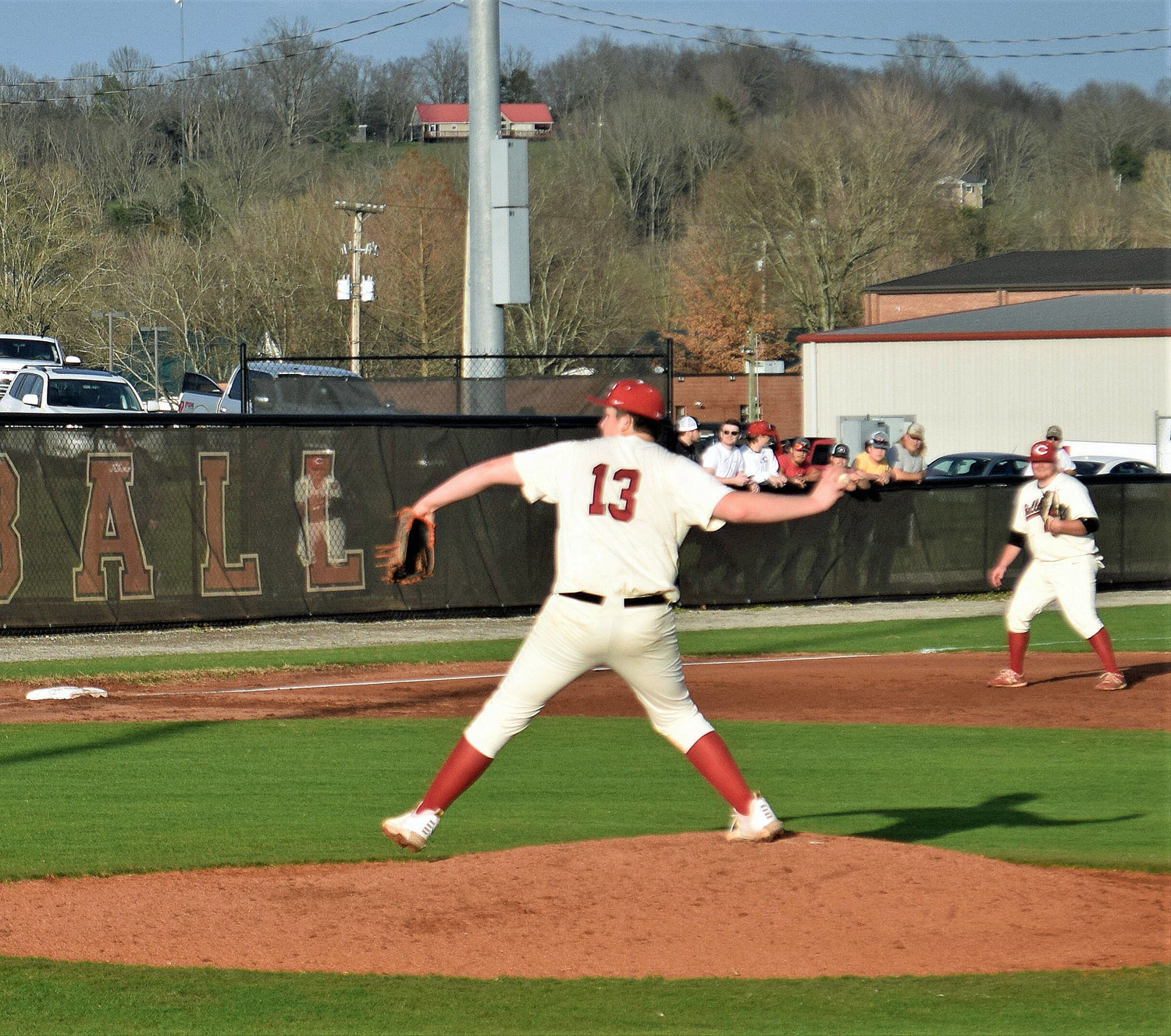 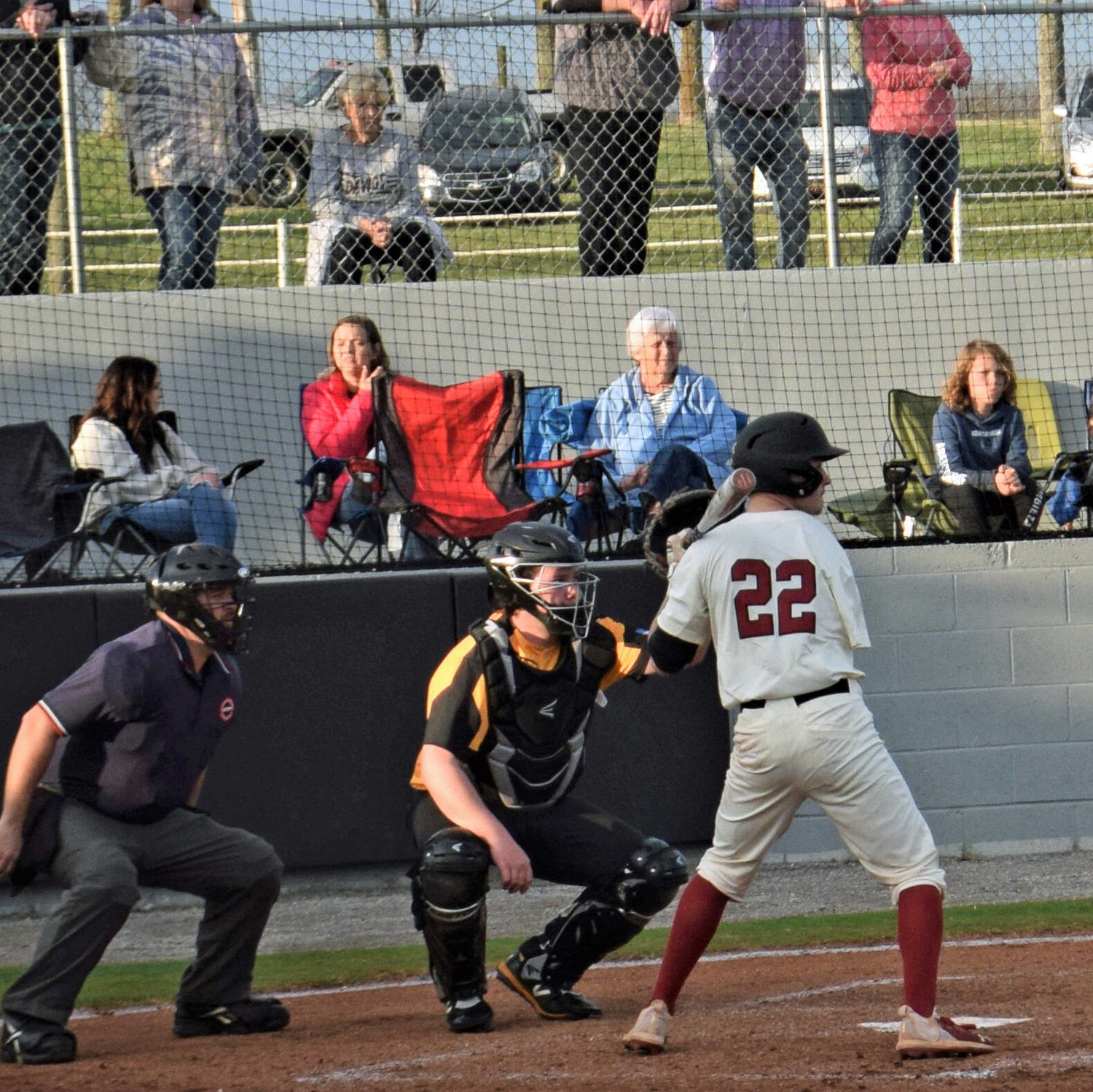 A Monday afternoon rainout at Santa Fe meant the Cornersville Bulldogs hosted the Santa Fe Wildcats in the season debut for both teams on a sunny afternoon on Cornersville’s showroom baseball field.

The Bulldogs, perhaps showing some first game jitters, committed two errors in the top of the first and the Wildcats took advantage as Cornersville dropped its home opener, 5-2.

“No excuses, the Covid thing has thrown a wrench into everybody’s plans,” Cornersville coach Ben Putman said. “We have had no live scrimmages and no scrimmages do make it hard to get ready for game speed.”

“You try to practice, but it is different when your guys face their guys.”

The Bulldogs began the game with right-hander Tanner Mullins on the mound.

Colton Steward led off the top of the first inning for the Wildcats with a ringing base hit to right field and Josh Martin followed with a comebacker to the mound, but the throw to second was dropped and both runners were safe.

Carter Seltz followed with a walk and the bases were loaded with no outs.

Payton Wilhelm dribbled a slow roller that was fielded, but the throw was wild and two runs crossed the plate to put the Wildcats up 2-0.

A wild pitch and catcher Luke Terry’s toss to Mullins was just late as Seltz scored and the Wildcats led 3-0.

Wilhelm scampered home on a fielder’s choice to make it 4-0 before Cornersville had even come to bat.

The Bulldogs responded in the bottom of the first inning.

Kyrklinn Wunderlin laced a base hit to right, Terry coaxed a base on balls and after a double steal put Bulldog runners at second and third, Conner McVey singled in both runners to make the score 4-2.

Wesley Pigg followed with a base on balls to put two Bulldogs on the base paths, but both runners were stranded and Santa Fe led 4-2 after one inning.

Mullins found his rhythm and over the course of the next three innings he would fan 9-of-11 batters he faced to keep Santa Fe at bay.

Seltz did his part for the Wildcats on the mound, holding the Bulldogs even though giving up base on balls in each inning before being relieved by Steward with two outs in the bottom of the fourth inning.

Macon Attkisson led off for the Wildcats and was hit by a pitch and moved to second on fielder’s choice and to third base on a Nathan Ruch single to left.

Steward then laced a single to left field that scored Attkisson to increase the Wildcats’ lead to three runs at 5-2.

Courtemanche gave up a single by Josh Martin, but settled down to get Seltz on a grounder to first for the third out.

“We gave up four runs in our first live inning and then shut them down the rest of the way,” Putnam said. “Hopefully, we will take the good and try not to repeat the bad.”

Cornersville is at home on Thursday to face Wayne County and on Friday the Bulldogs welcome intra-county rival Forrest.

Cornersville: Kyrklinn Wunderlin 1-for-3, Conner McVey 1-for-2, Wesley Pigg 1-for-2.