The Forrest Lady Rockets have been on a seesaw lately, splitting their last four games with wins in the first and third and losses in the second game of four and in Friday night’s District 7-AA … 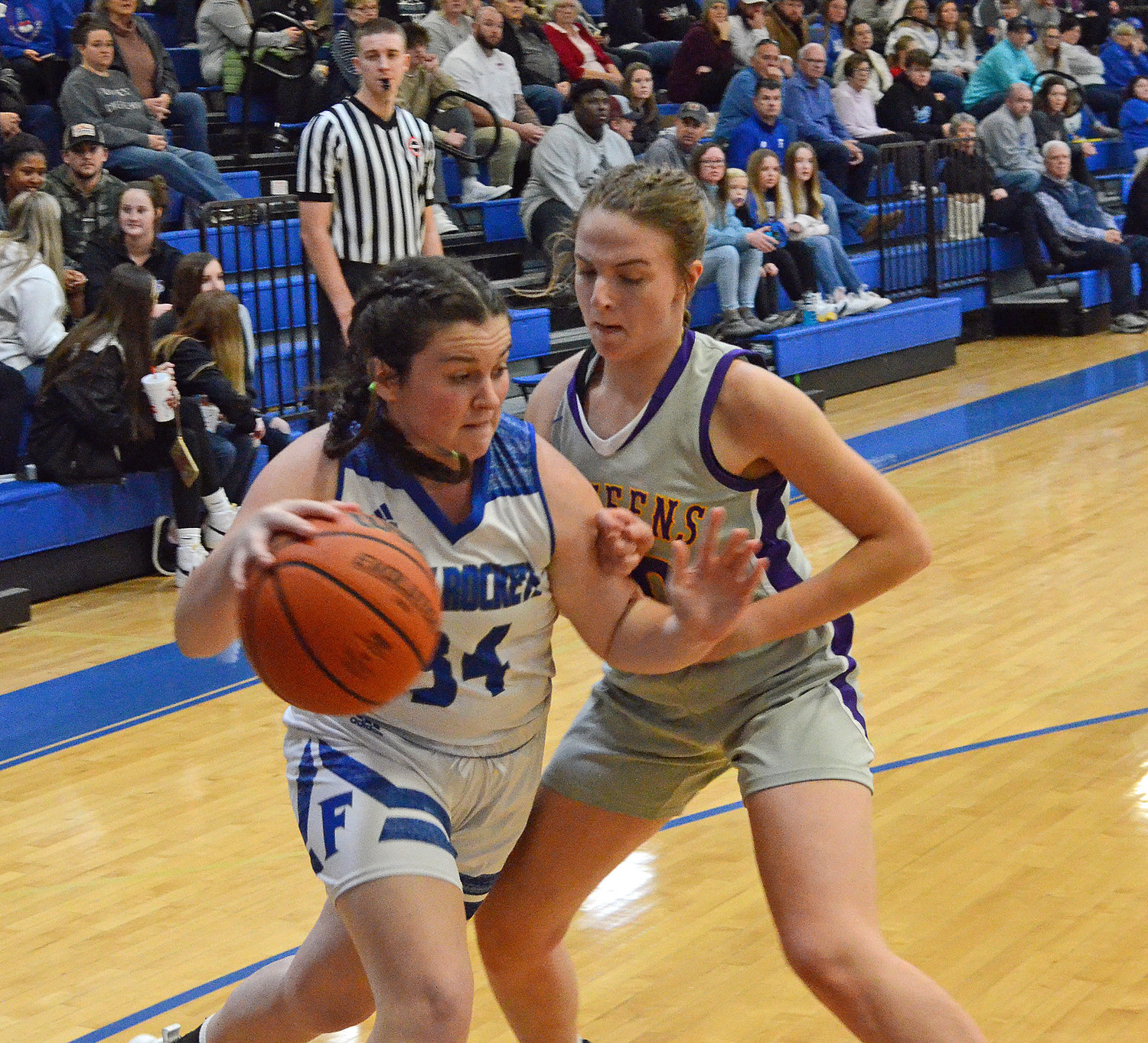 Carli Warner (34) drives the baseline for the Lady Rockets, who lost 48-29 to the Community Viqueens in Friday night’s District 7-AA opener at Forrest.
Tribune photos by Anthony S. Puca 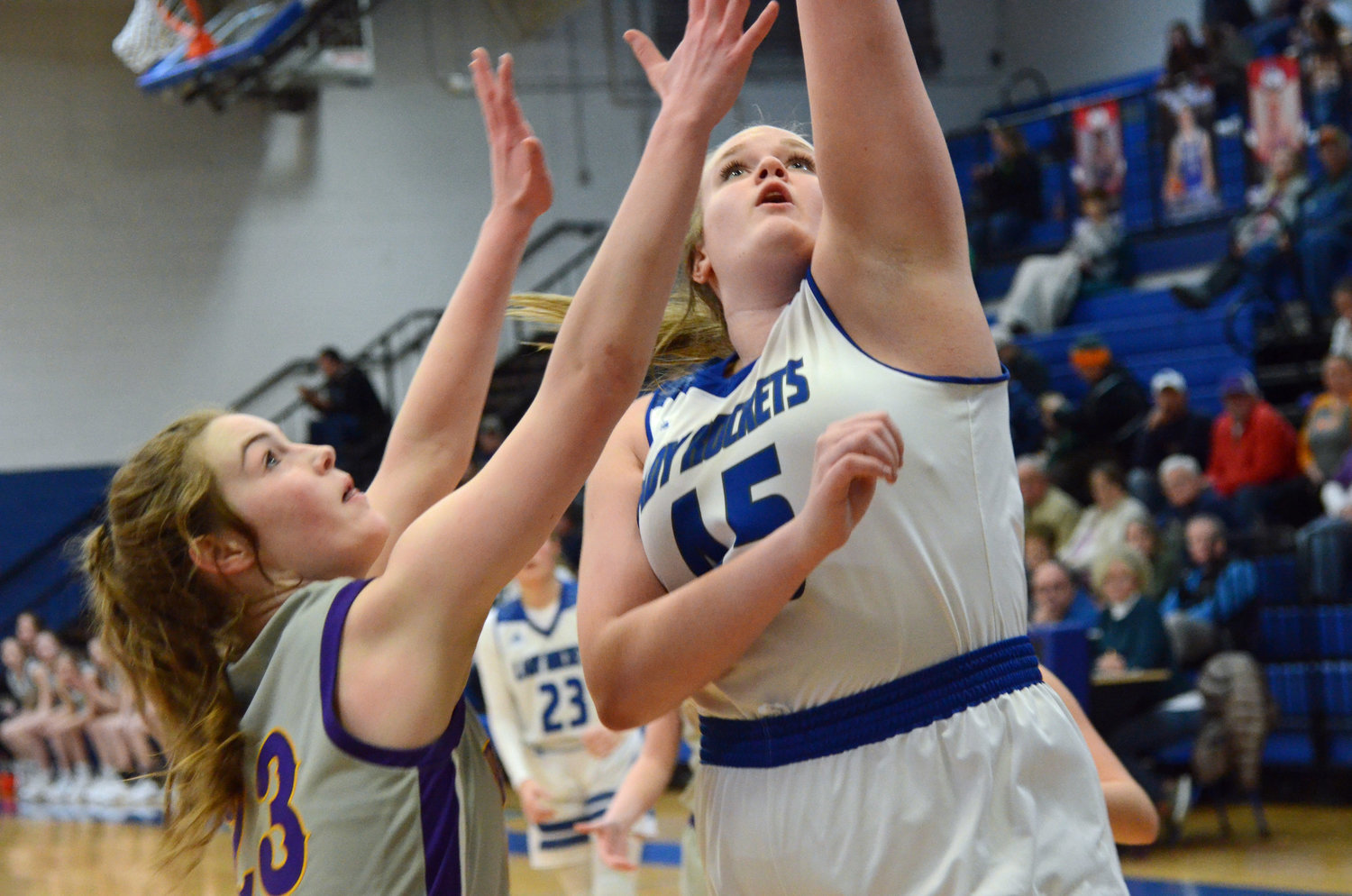 Cadence Chapman (34) had seven points in the low post for Forrest. 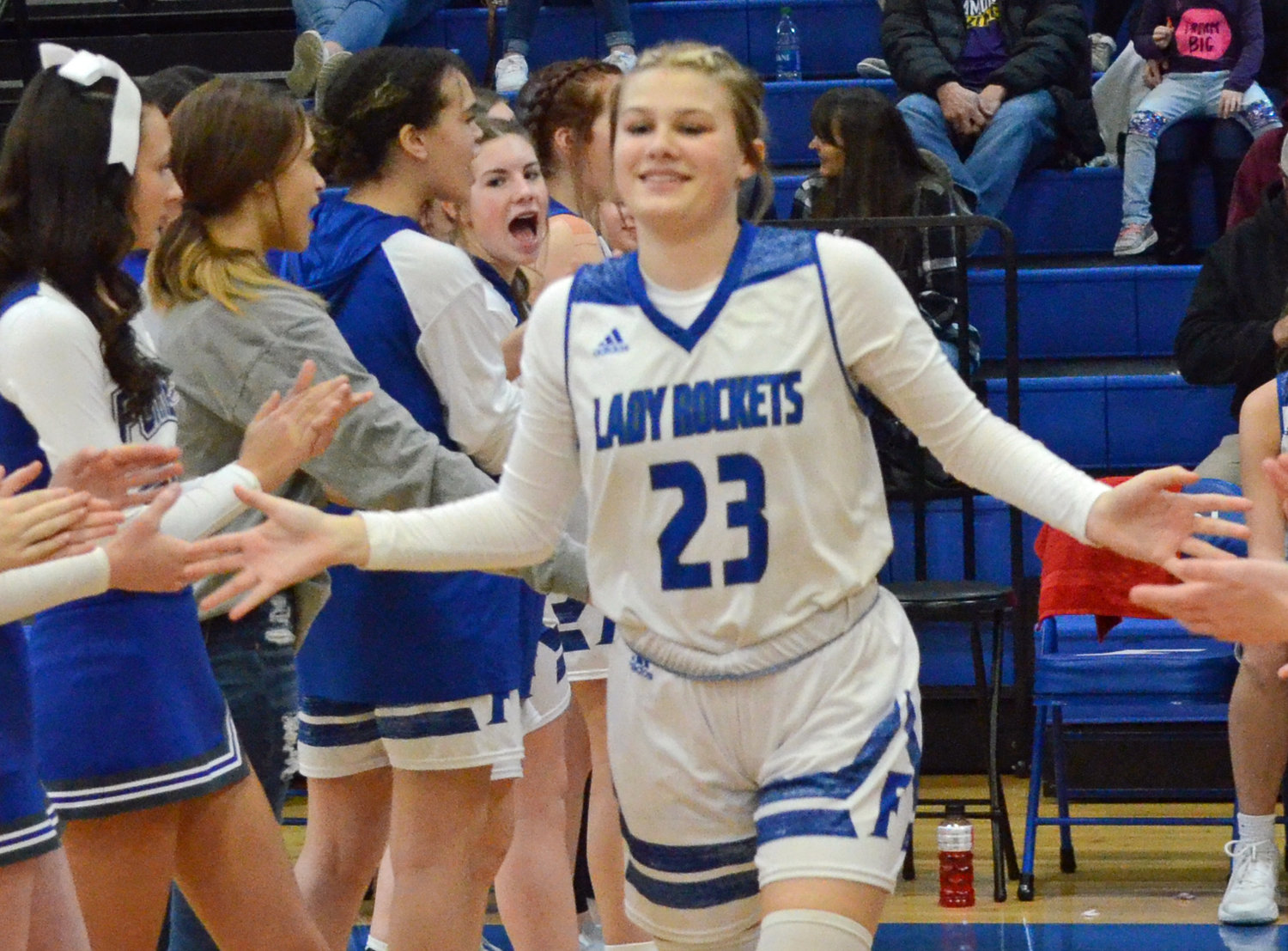 The Forrest Lady Rockets have been on a seesaw lately, splitting their last four games with wins in the first and third and losses in the second game of four and in Friday night’s District 7-AA opener versus the Community Viqueens at Chapel Hill.

The Viqueens jumped on Forrest early and often, scoring the first seven points of the game.

The Lady Rockets finally got on the scoreboard at the 3:20 mark of the first quarter on a Cadence Chapman bucket in the low post, but that was the only points Forrest scored in the stanza as Community led 16-2 after the first eight minutes on the hardwood.

Forrest freshman Kinslee Inlow drilled a 3-pointer to begin the second period as the Lady Rockets made a nice comeback, eventually cutting the Community lead to six points at 18-12 on another Inlow long bomb with less than a minute to play in the first half.

MJ Simmons, who along with her Community teammate Haley Mitchell led all scorers in the contest with 18 points, nailed two free throws at the end of the first half to give the Viqueens a 20-12 lead.

Chapman scored on a rebound and put-back to start the second half before the Viqueens outscored Forrest 11-6 over the next several minutes to lead 31-20 until Carli Warner scored for the Lady Rockets.

The Viqueens went up by 12 points on a buzzer beating 3-pointer by Breanna Whitaker and then Mitchell drilled a 3-pointer early in the fourth quarter to put the Lady Rockets in a 15-point hole.

Simmons came up with a three-point play the old-fashioned way to make it an 18-point contest and the Lady Rockets could not dig out, eventually falling by the 19-point margin.