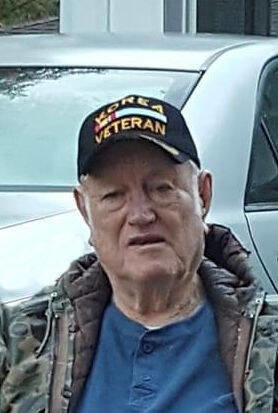 Funeral services for Mr. Endsley will be conducted on Tuesday, June 8th at 1 p.m. at Bills-McGaugh & Hamilton Funeral Home with Dr. Roger Reid officiating. Burial will follow in Short Cemetery. The family will visit with friends on Tuesday from 10 a.m. until service time at the funeral home. In lieu of flowers, memorial contributions may be made to St. Jude Children’s Research Hospital.

A Marshall County native, he was born on February 21, 1933, to the late Ross Endsley and the late Othella McDaniel Endsley. Vinal honorably served in the United States Army, during the Korean War, and for ten years with the Lewisburg Police Department. He was the owner and operator of Endsley Plumbing and Heating for many years. An avid outdoorsman, he was active in coon hunting organization and enjoyed fishing. He was an intense competitor in playing cards with the guys. Vinal was a devoted member of First Cumberland Presbyterian Church. Mr. Endsley will be remembered for his dedication and love to his family.

Bills-McGaugh & Hamilton Funeral Home is honored to assist the family with arrangements. Condolences may be offered to the family online at www.billsmcgaugh.com.