One of the goals the Marshall County Tigers had was to win a Region 5-AAAA title and secure homefield advantage throughout the playoffs.While that goal fell a single win short, the Tigers still put … 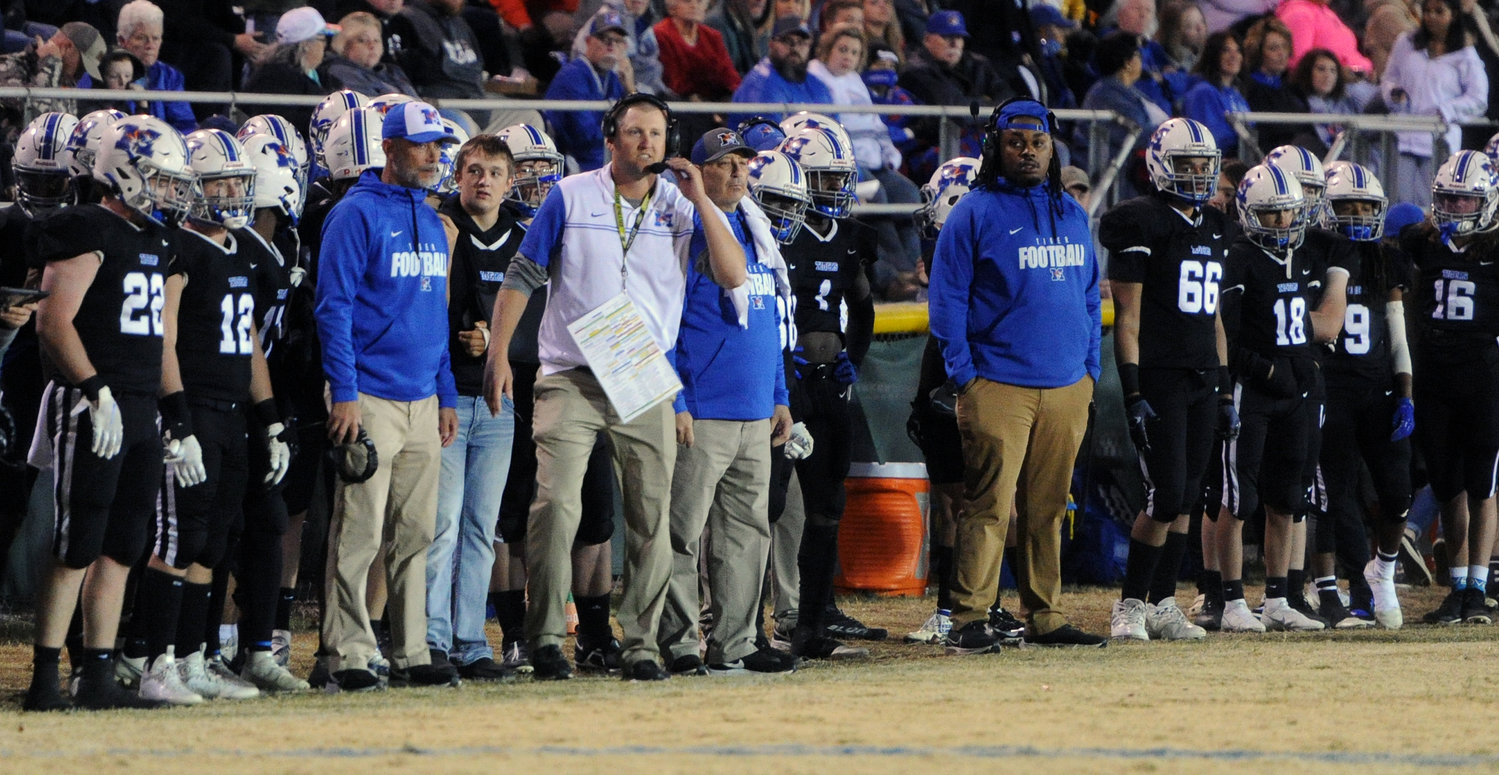 One of the goals the Marshall County Tigers had was to win a Region 5-AAAA title and secure homefield advantage throughout the playoffs.
While that goal fell a single win short, the Tigers still put together a 9-1 overall record, including a 7-1 run in the region, Marshall County gets home field advantage for at least one week.
On Friday, the Tigers will welcome the Chester County Eagles (6-4).
“Playing a home is always huge, especially in the playoffs when the opponent has such a long drive to make. Hopefully we can take advantage of our game day routine being very normal,” Marshall County coach Thomas Osteen said.
Chester County has been a team capable of scoring plenty of points, having scored at least 35 points in each of the Eagles’ six wins.
Chester County was in the mix to even outright win its region, falling to region champion Lexington, 17-14, in a close battle three weeks ago.
The Eagles run a balanced offense, capable of moving the chains both on the ground and through the air.
“They are a really talented team. They only got beat by their region champion Lexington by three points, so they could have easily won their region. They have a great mix of run and pass. Their big tailback has averaged over 130 yards a game this year. They have a very capable quarterback and a long college level wideout to stretch the field. They will be a huge challenge for us,” Osteen said.
But the Tigers have run a balanced offense all year, rushing for 129 yards per game and passing for an average of 152 points per game.
In the last three games, junior quarterback Silas Teat has been as efficient as it gets in the air attack, passing for over 500 yards and 10 touchdowns.
“As always we want to be a balanced football team offensively and take what the defense gives us. Silas has done a great job putting the ball where it should be in the run and throw games,” Osteen said.
Senior tailback Demari Braden has led a loaded Marshall County backfield in during the same span, rushing for 237 yards and five touchdowns in the last three Tiger wins.
While last week’s win against Greenbrier wasn’t the cleanest game the Tigers have played all season, the focus this week has been on playing the best game of the season.
“Obviously it’s goal to play our best game of the year each week. We can't control what our opponent does, or the officials do, all we can is strive to play with the highest possible level of competitive composure as a team. We have stressed that playing smart is just as important as playing hard,” Osteen said.
At this point of the season, it’s a reset across the state and all teams have a 0-0 record, with the winner advancing and the loser going home.
Marshall County welcomes the Eagles on Friday night at Preston Hopkins Field at 7 p.m.