With a handful of injuries to key players, Marshall County coach Mike “Monk” Reese has leaned on the depth in the pitching rotation to deliver.Over the last week, it’s been the … 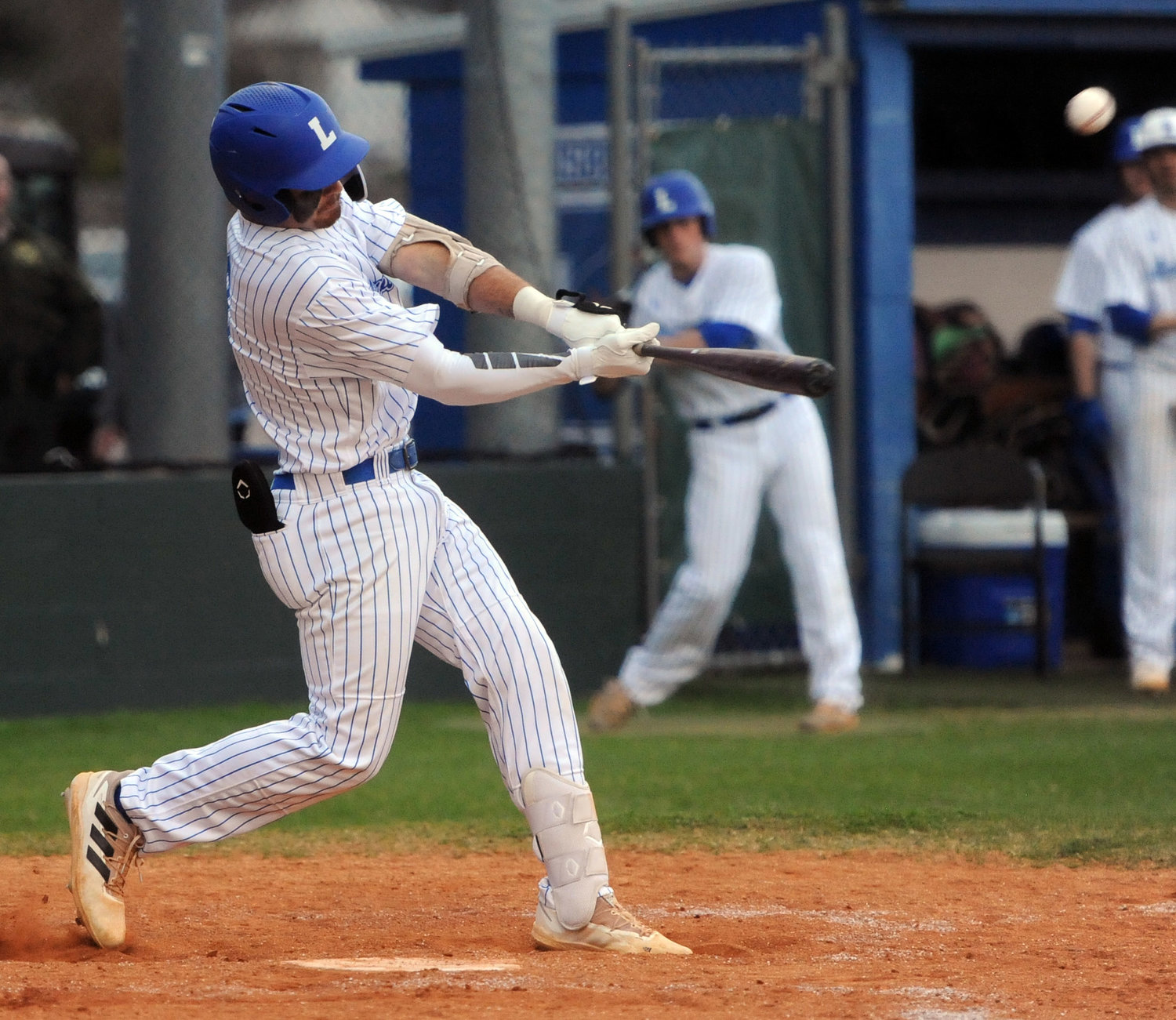 Tristan Griggs puts the Tigers on the board after crushing a solo-homer to dead center field on Monday night in Lewisburg.
Tribune Photo by Chris Siers 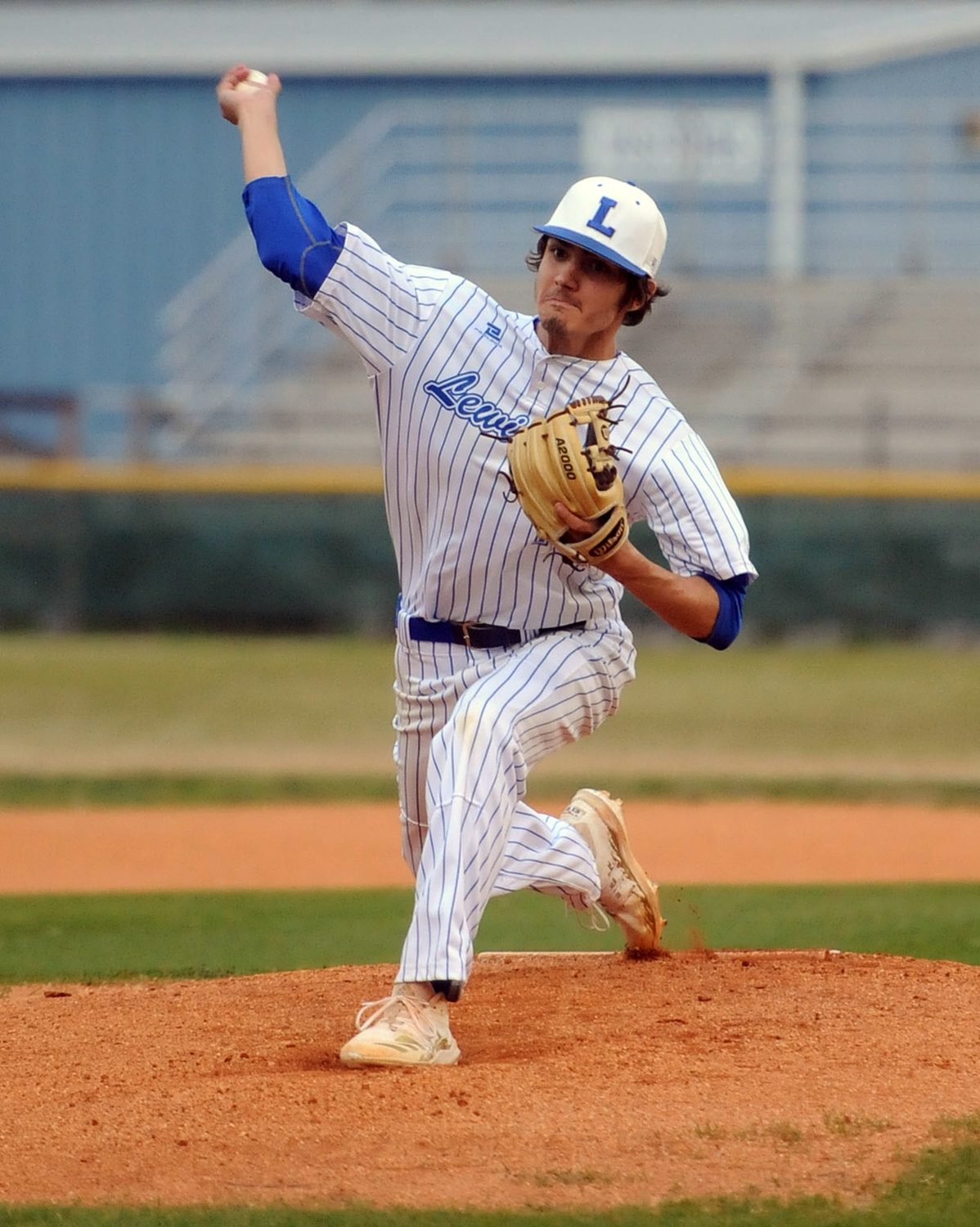 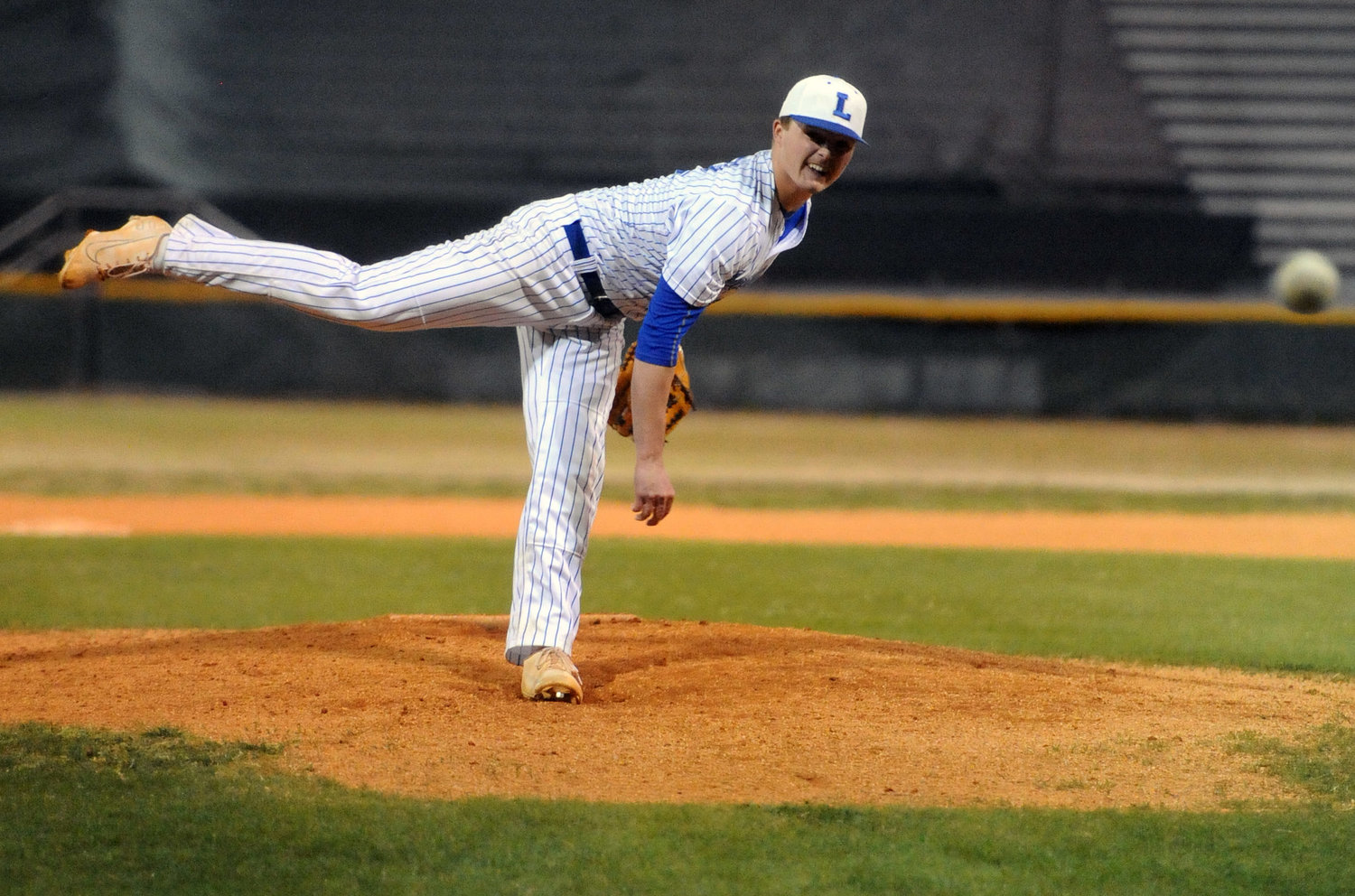 Senior Bryson Hammons worked out of a bases-loaded jam in the top of the sixth inning with one out.
Tribune Photo by Chris Siers
Previous Next
Posted Tuesday, April 5, 2022 12:53 pm

With a handful of injuries to key players, Marshall County coach Mike “Monk” Reese has leaned on the depth in the pitching rotation to deliver.
Over the last week, it’s been the underclassmen who have stepped up and taken the reins, evidenced by the performance by junior Bailin Luttrell on Monday night against Spring Hill.
Luttrell went 5 1/3 innings of two-hit baseball as the Tigers picked up a huge District 8-AAA win over the Raiders.
“Bailin has took the role and stepped up. Grayson Miller picked a heck of a game against Tullahoma. These guys have stepped up. At this point, we’re gaining some confidence out of some guys who were at first going to be middle of the week pitchers and now they’re Monday and Tuesday pitchers until these other guys can get going,” Reese said.
Luttrell didn’t allow a base runner through the first two innings, but the Raiders finally got a runner on via error in the third inning.
Followed by a walk, Spring Hill advanced both runners into scoring position.
Lutrell settled in and with runners on second and third, worked out of the jam, stranding two in scoring position.
The Tiger starter followed with a 1-2-3 fourth inning, but again had to work around trouble in the top of the fifth.
An error, a balk and a base hit once again put runners in scoring position with one out.
Luttrell again settled in and recorded a strikeout before the Tigers got a ground out to first to strand two more in scoring position.
Senior Bryson Hammons took over in another jam in the top of the sixth.
Spring Hill loaded the bases on a base hit and a pair of walks with just one out.
Having limited work after returning from a knee injury stemming back to football season, Hammons took the mound in the top of the sixth and the Tiger defense forced a 6-4-3 double play to end the threat and once again work out of the jam.
“We stranded about six or seven base runners in scoring position. We got out of some jams. Tremendous pitching out of Bailin Luttrell and Bryson Hammons coming in and closing the deal for us, especially when he came in with one out and we turned a double play. That was big,” Reese said.
The Raiders got one run off Hammons in the seventh on a RBI single to left, but couldn’t finish the rally.
Marshall County connected for just five hits against Spring Hill starter Cooper Inch.
The Tigers wasted little time going to work agains the Raider junior, with Tristan Griggs mashing a solo blast to dead-center field in the bottom of the first inning.
“Tristan hit the home run early in the game to give us the lead. When you’re ahead, people have to put pressure on their team to catch up,” Reese said
A bit of savvy base running accounted for the second Tiger score, which came in the bottom of the fifth.
With two outs, Rob Hawkins singled to reach and was followed on base by John Thomas.
With runners on the corners, Reese called for a steal and during a throw down to second, the ball was tipped by Inch, allowing Hawkins to score from third.
“We got the insurance on the first and third out of Rob Hawkins. We ended up advancing him to third and broke on the ball they threw away and were able to score that second run,” Reese said.
In addition to Griggs’ blast, James Hery, Carson Cheek, Eli Cross and Rob Hawkins also singled.
The win comes in the middle of a busy District 8-AAA slate.
Game 2 against the Raiders is set for this afternoon at 6:30 p.m., weather pending.