The Marshall County Tigerettes broke an eight-game, 11-year losing streak versus intra-county rival Forrest, but it took two days and two long homeruns by Jahna Meadows-Richardson with the second … 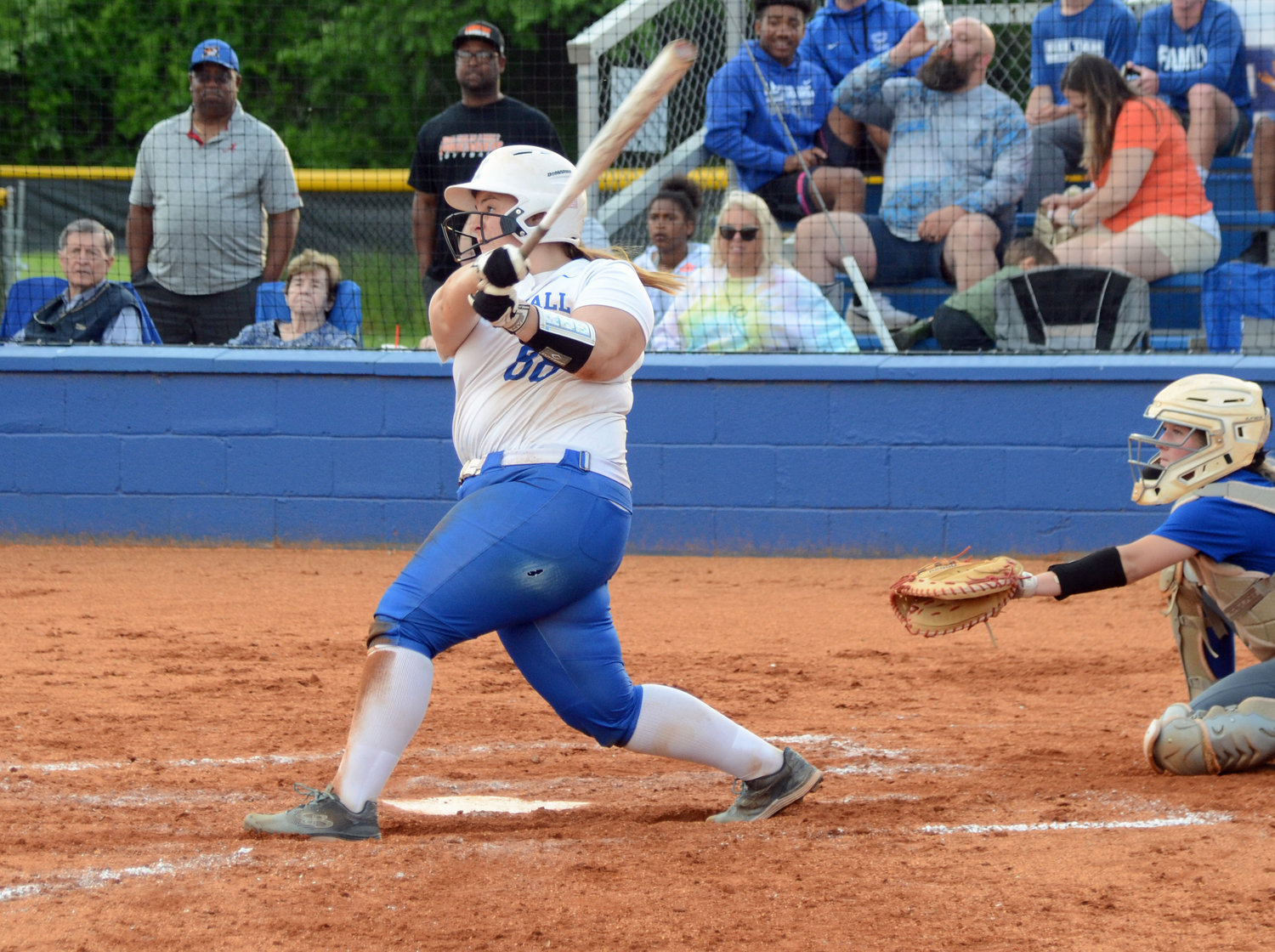 Jahna Meadows-Richardson belts the walk-off homerun to give the Tigerettes a 5-4 win over intra-county rival Forrest Tuesday night at Reese Hambrick Field in Lewisburg.
Tribune photos by Anthony S. Puca 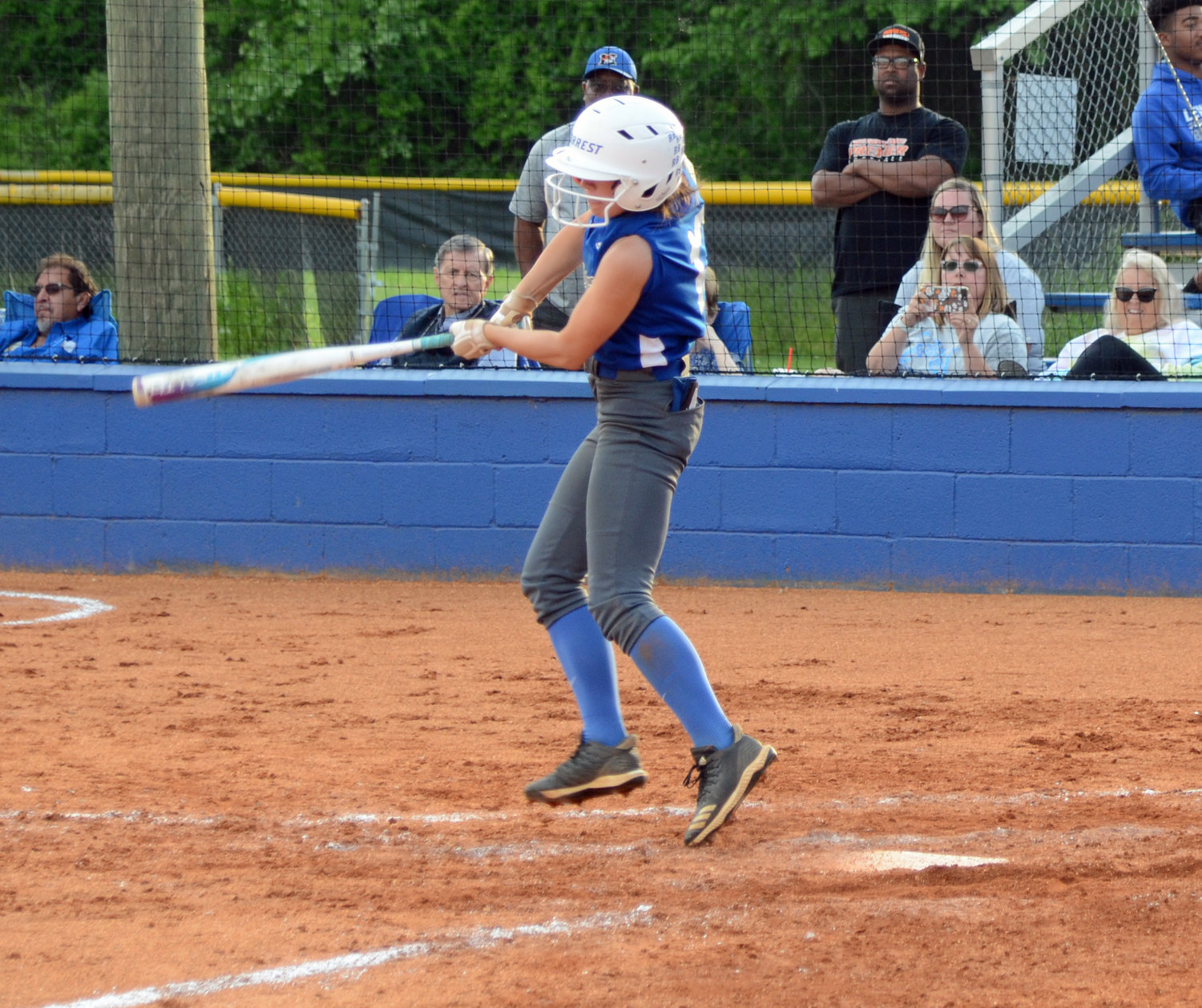 Forrest’s Addison Bunty ties the game at 4-4 with a two-out single in the top of the seventh inning. 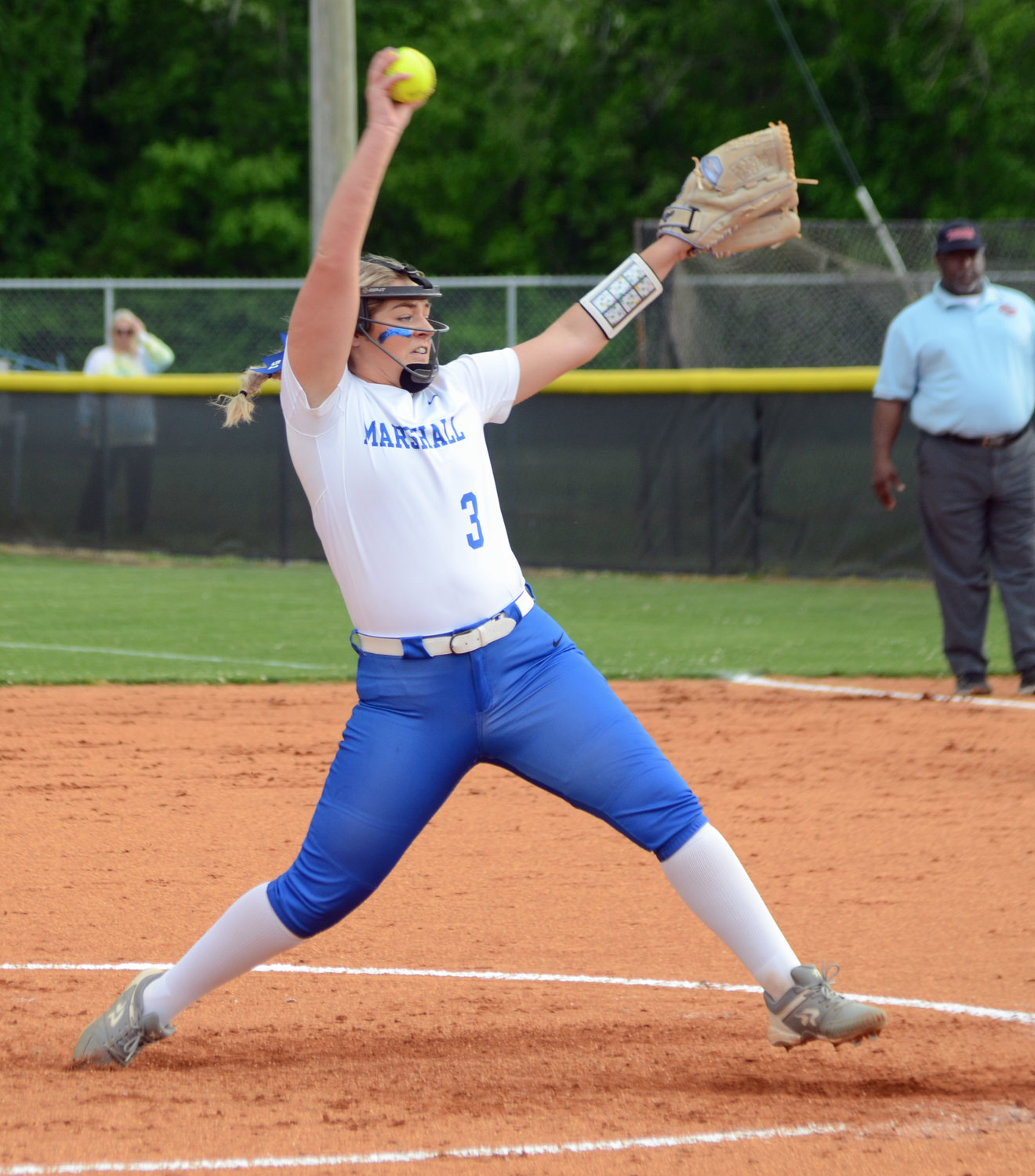 Taylor Pickle picked up the complete game win in the circle for the Tigerettes. 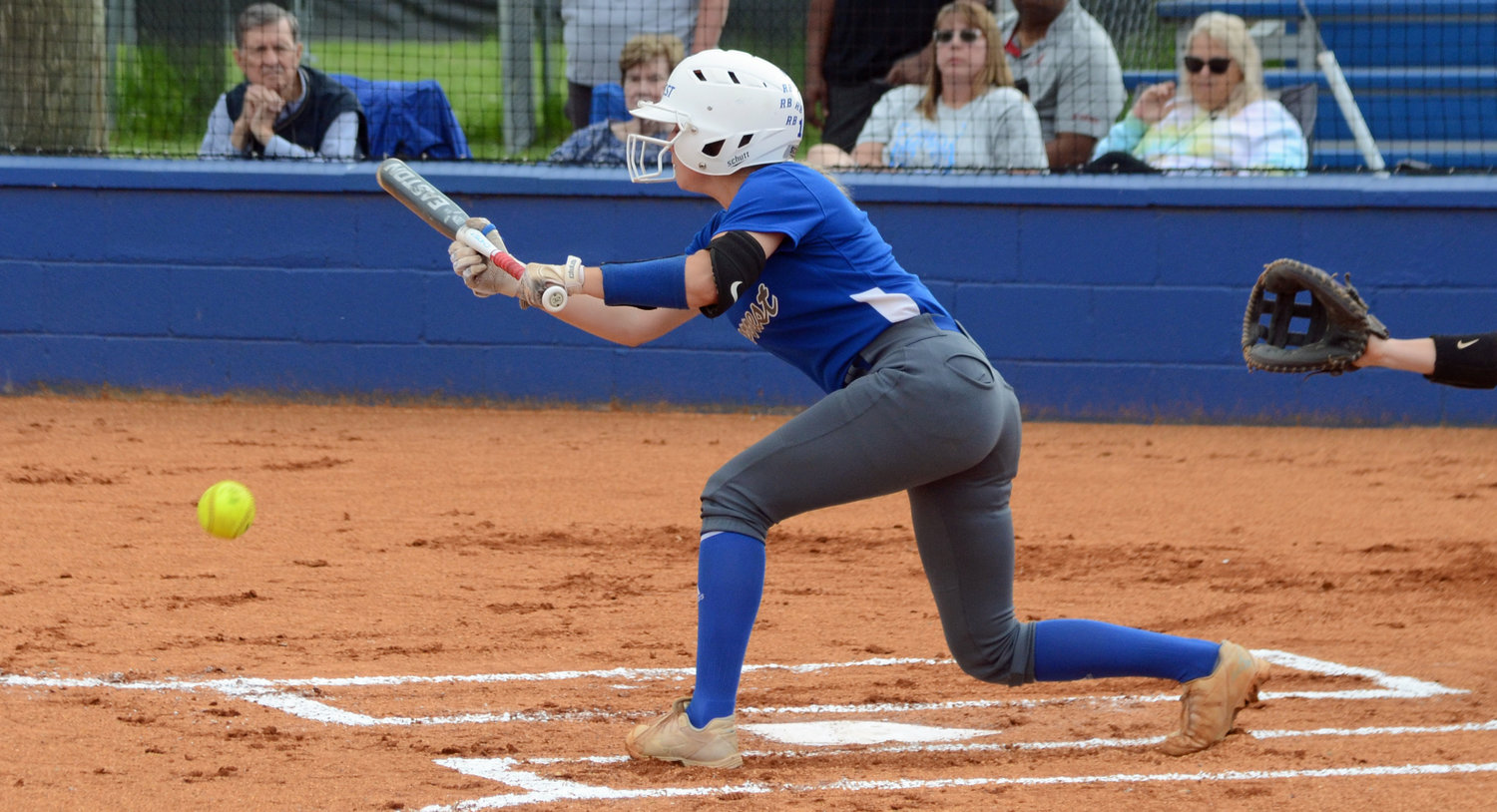 Parker Wales gets the sac bunt down in the top of the fourth inning.
Previous Next
Posted Wednesday, May 4, 2022 7:19 am

“These kind of close games makes them play with some pressure on them and I think they have to go through that before district.””
MCHS coach Amy Bonner
By Anthony S. Puca Sports Writer

The Marshall County Tigerettes broke an eight-game, 11-year losing streak versus intra-county rival Forrest, but it took two days and two long homeruns by Jahna Meadows-Richardson with the second bomb a solo walk-off dinger that sealed the 5-4 win.

“These kind of close games makes them play with some pressure on them and I think they have to go through that before district,” MCHS coach Amy Bonner said. “It helps us when we experience this tight kind of situations because it helps them know they can do it, they are capable of it.”

The game started Monday night at Reese Hambrick Field in Lewisburg, but the contest was suspended in the bottom of the third inning tied at 1-1 when at late spring deluge soaked the field.

“That was the biggest thing I was concerned about, we had a lot of momentum going in to yesterday’s game and all of a sudden the rain rolled in and cut us short,” Bonner said. “So we were a little concerned about coming out with the same intensity and energy and it took us a minute to get going in that first inning when we got back, but once they got going they wanted it.”

Play resumed on Tuesday night with Forrest taking a 3-1 lead on a pair of unearned runs off MCHS starting Taylor Pickle, who picked up the complete game win in the circle.

“Taylor is a great pitcher, she has been pitching for this team for four years now,” Bonner said. “She is a great kid who works hard, she did a great job and I am super proud of her.”

There was no more scoring until the bottom of the fifth inning when Meadows-Richardson drilled a two-out solo homerun deep over the center field fence to make it 3-2.

Pickle escaped a two-on, two-out jam in the top of the sixth inning on a pop-up to Kaniyah Taylor at third base.

The Tigerettes rallied in the home half of the frame as Mallory Woodward led off with a base hit to center field before Demiyah Blackman doubled off the left field fence, tying the game at 3-3.

After a fly out to center and a pop-up to third base it looked like Forrest would bat with the game tied, but a fielding error with two outs sent Blackman to the plate with the go-ahead run.

The back-to-back defending state champions were not going down without a fight as Christa Warren and Abby Ferguson stroked consecutive singles to open the top of the seventh inning.

MCHS grabbed a quick two outs on a double play on a pop-up bunt as Forrest was down to its last out.

Sarah King kept the game alive with an infield hit before Addison Bunty tied the game with a base hit to center field.

Pickle retired the next Forrest batter for the last out and Meadows-Richardson led off the bottom of the seventh and faced a 2-1 count when she blistered a towering homerun over the center field fence to end the game.

“I give props to all of our girls and all of our coaches,” Bonner said. “Honestly, this is a team, this is a unit, there is not one person that shows up and does it every day, it is a mix of people and they do that every single day and I think that is why we keep winning ballgames.”