LAWRENCEBURG — Entering the District 8-AAA tournament, the No. 3 seeded Marshall County Tigerettes went on an absolute tear, winning 12 of their previous 13 games.During the opening round, the … 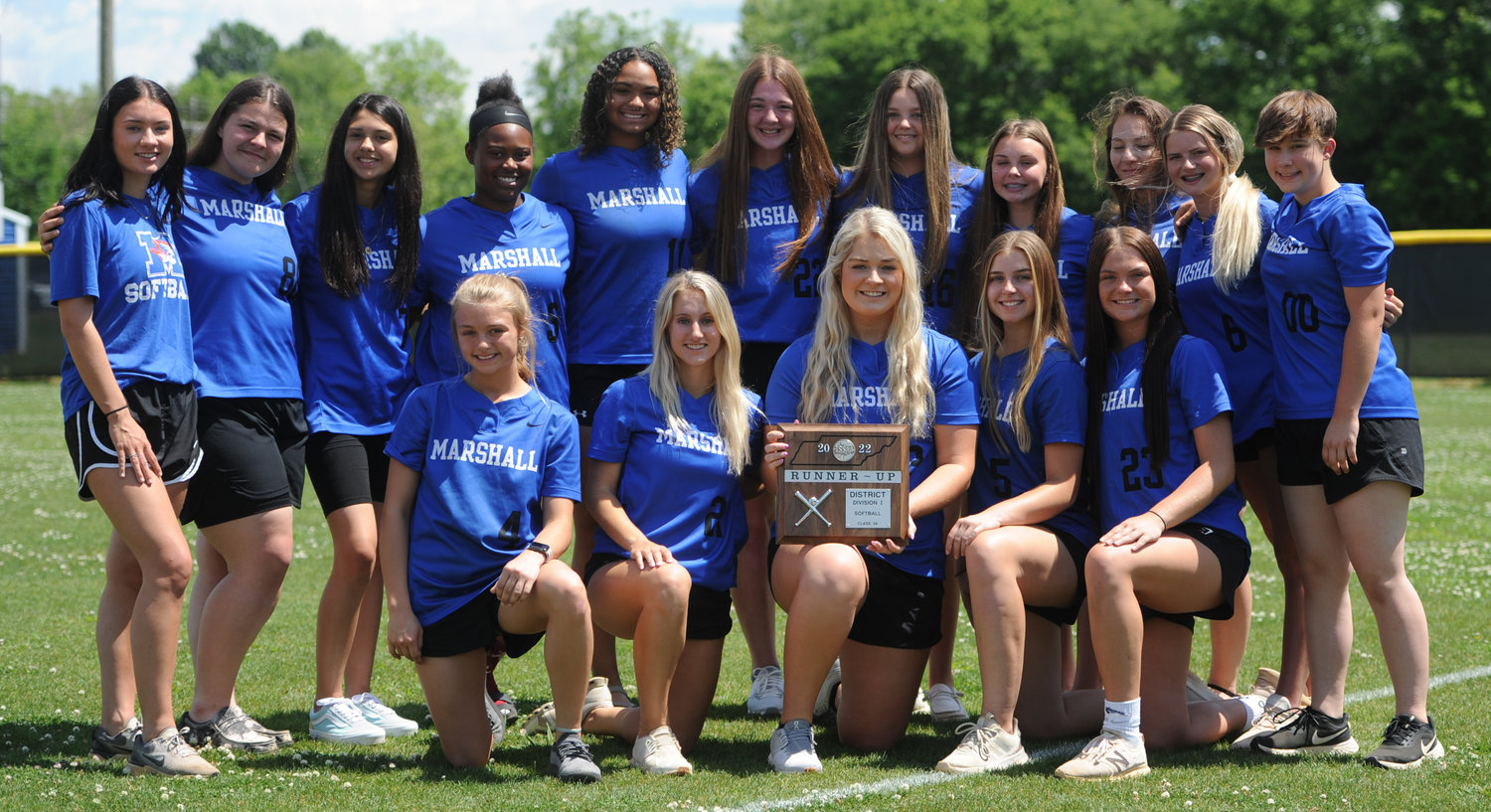 LAWRENCEBURG — Entering the District 8-AAA tournament, the No. 3 seeded Marshall County Tigerettes went on an absolute tear, winning 12 of their previous 13 games.
During the opening round, the Tigerettes stunned No. 2 seed Lawrence County before falling to No. 1 seed Lincoln County.
In an elimination rematch against the Lady Wildcats, the Tigerettes got a steady game from starting pitcher Taylor Pickle and upset Lawrence County in a second-straight meeting to not only advance to the 8-AAA title game, but also to qualify for the Region 4-AAA tournament as well.
In the rematch, the Tigerettes down Lawrence County, 11-7.
For head coach Amy Bonner, the hot-streak the Tigerettes got on toward the end of the season was the result of playing a tough regular season slate, but also the team growing together at the right time of the year.
“I think the biggest thing is, we’ve grown so much since the beginning of the year. When we started, we were trying to work out all the kinks. We’ve continued to step up a little bit each week and do a little bit better,” Bonner said.
“We played Lawrenceburg earlier in the season and had a loss to them. We were able to start realizing we could compete against some of these bigger teams. I think they’ve done a good job of that.”
During the elimination game, Lawrence County jumped out to a 2-0 lead, but saw the tenacious Tigerettes battle back with a five-run second inning.
Marshall County saw the first four batters of the inning reach base, including singles by Jessa Lancaster, Kaniyah Taylor and Kinley Wiser.
Senior Ellie Luce had the biggest hit of the inning, connecting on a three-run homer to left, which put the Tigerettes up 5-2 after the top of the second.
Lawrence County responded and tied the game at five, driving in three more in the bottom of the inning.
Marshall County took advantage of another big inning, plating four more runs in the top of the fourth.
A Mallory Woodward sacrifice fly to right scored Luce from third and a two RBI double by Taylor put the Tigerettes on top.
Lawrence County went on to plate a run in the bottom of the fourth and fifth innings, but Marshall County preserved the lead by matching the Lady Wildcat production and scored runs in the fifth and sixth innings.
Marshall County collected 10 hits as a team and were led by Luce, Lancaster, Taylor and Demiyah Blackman, who all connected on two hits in the win.
Taylor and Blackman also doubled.
Pickle went the distance for the Tigerettes in the pitcher’s circle and despite giving up 11 hits, she was able to minimize the damage and gave up just seven runs.
The upset win over the Lady Wildcats came from the Tigerettes playing a brutal schedule, but also gelling as a team over the course of the season.
“One of the things we’ve been talking about as a coaching staff is the better competition we’ve faced, they better we would become. We knew even when we went to Gulf Shores we were going to face some tough teams and take some losses,” Bonner said.
“I think facing those teams, especially Lawrence, Lincoln and some of these teams that have had solid programs, that only helps us get better.”
While the Tigerettes went on to fall to top-seed Lincoln County in the district championship, finishing second in the district advanced the Tigerettes to the Region 4-AAA tournament as well.
For now, the approach is simple for Bonner and the Tigerettes, who advance to the region semifinals on Tuesday evening—take it one game at a time with the focus on advancing to the next round.
“Our expectation is I feel solid about where we ware. We have to compete and play a good game. We have to hit and we have to do the things we’ve been doing. The expectation is going into it like we’re moving forward after every game,” she said.
A win in the semifinals would not only advance the Tigerettes to the region championship, but also guarantee a spot in the state sectional round as well.
The Tigerettes begin region play on Tuesday evening at White County.