SPARTA — What’s been a stellar year of a new direction in Marshall County Tigerette softball ended on Tuesday afternoon in the Region 4-AAA tournament at White County.What started off as … 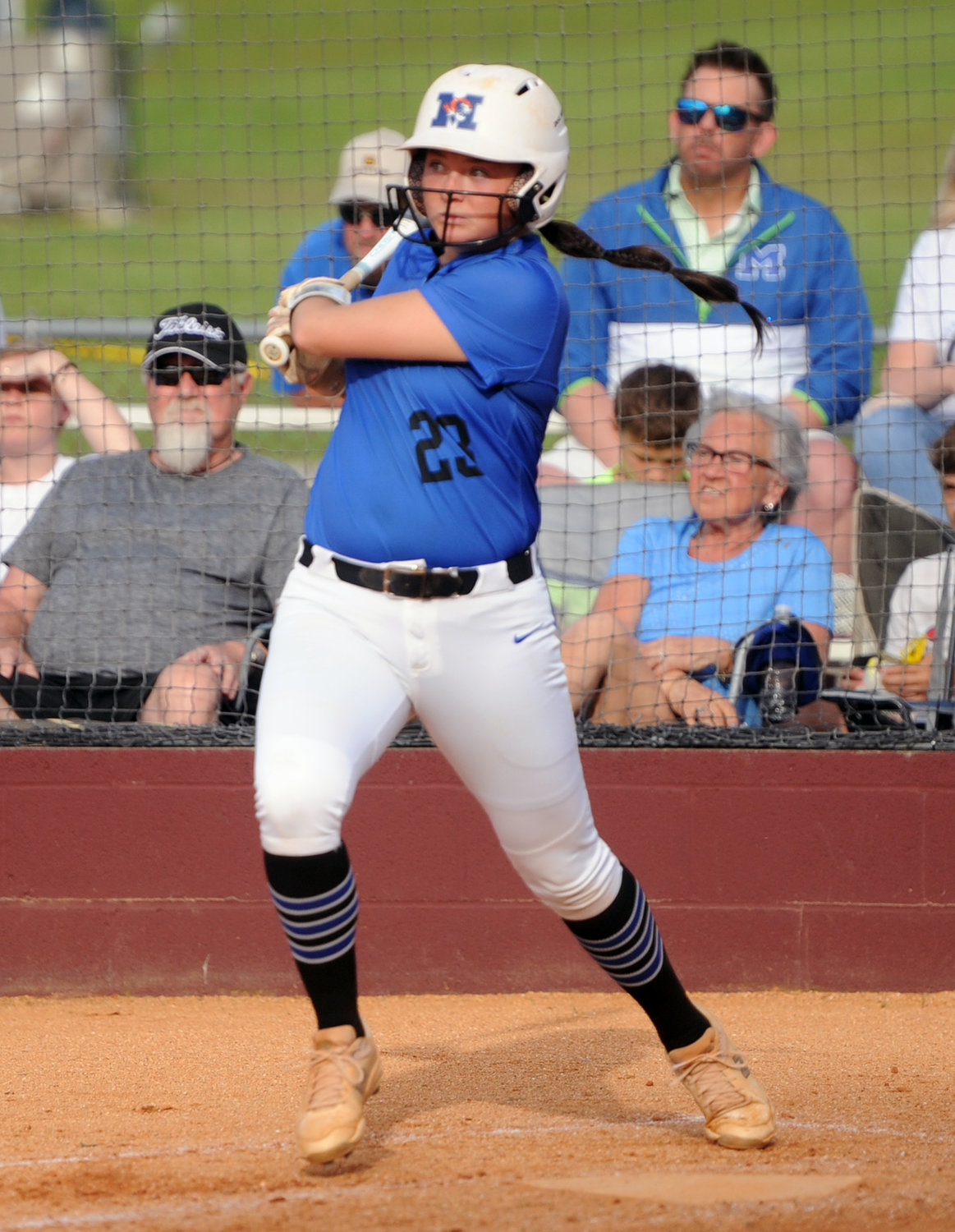 Mallory Woodward connects for a two-out single in the top of the fourth inning.
Tribune Photo by Chris Siers 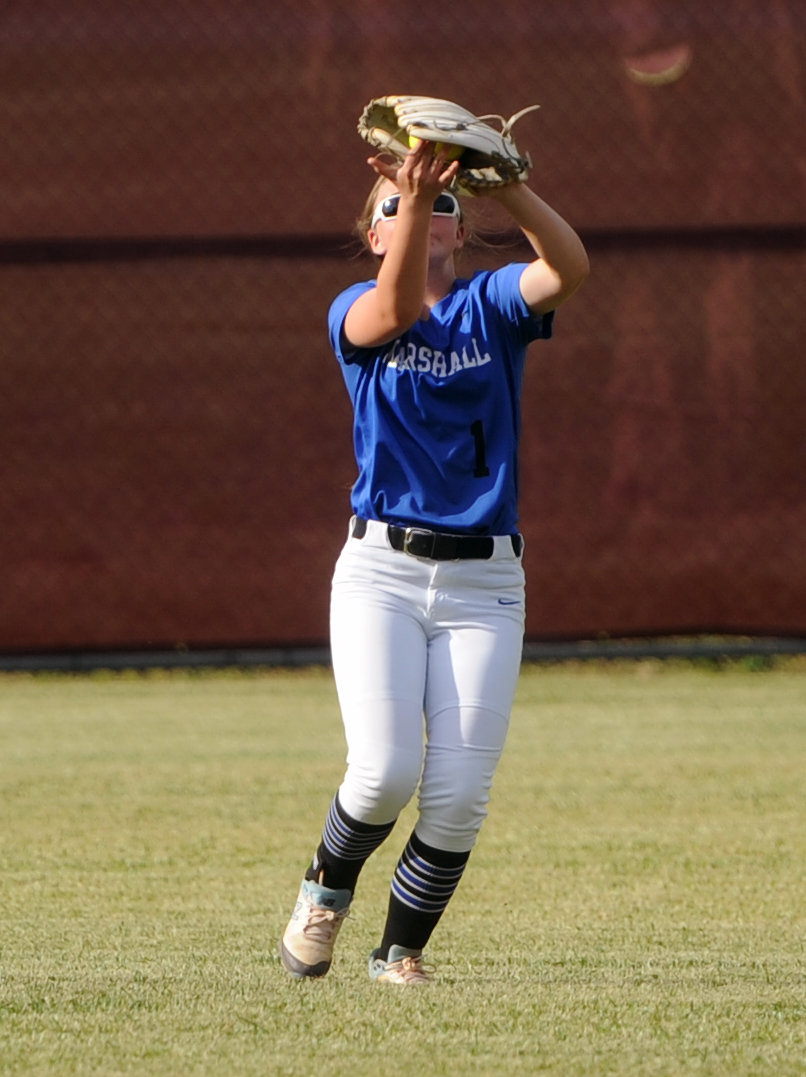 Right fielder Carlee Cole puts the squeeze on a fly out against White County on Tuesday.
Tribune Photo by Chris Siers 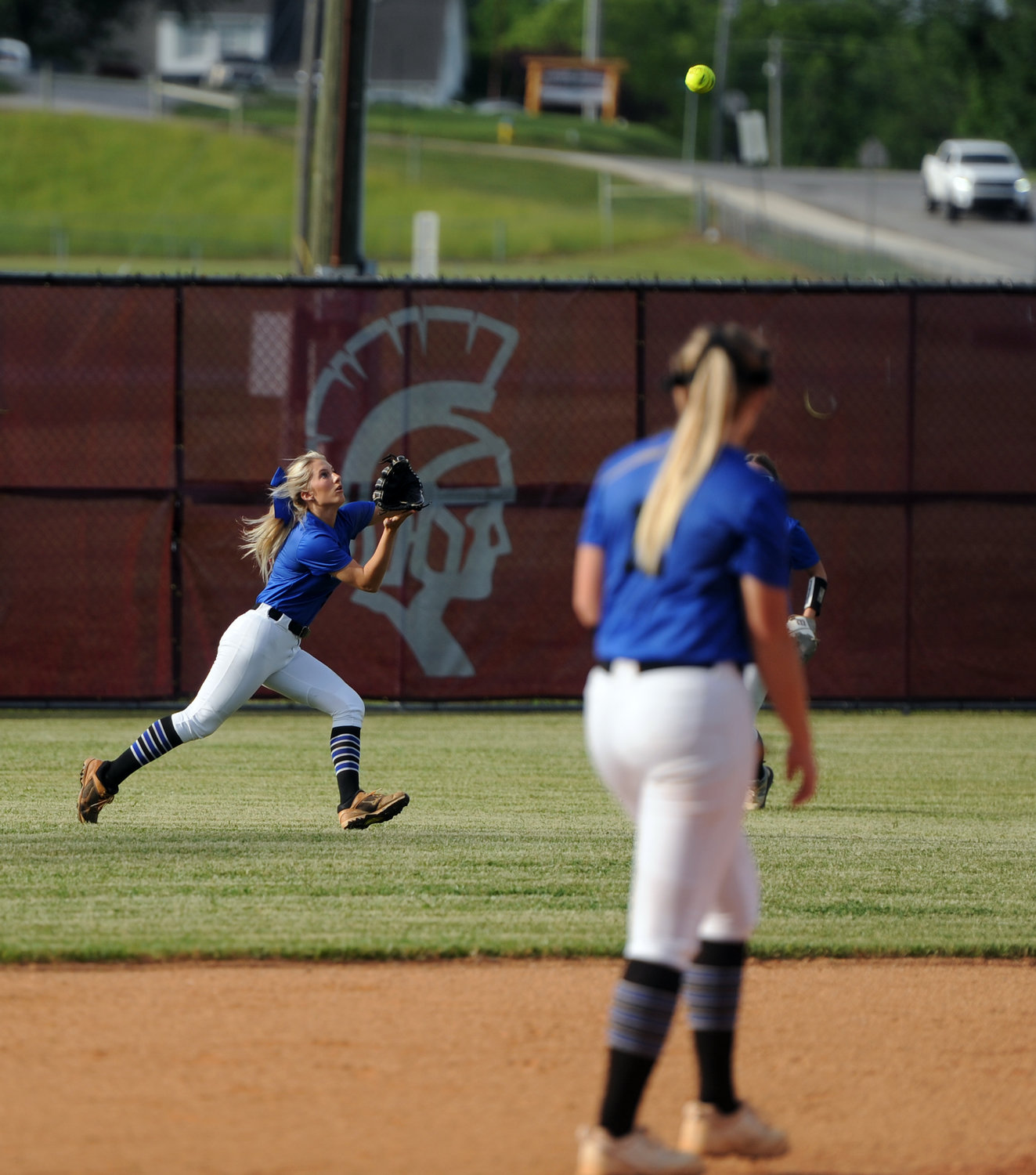 Tigerette center fielder Olivia Wooten dashes to record an out in the bottom of the third inning.
Tribune Photo by Chris Siers 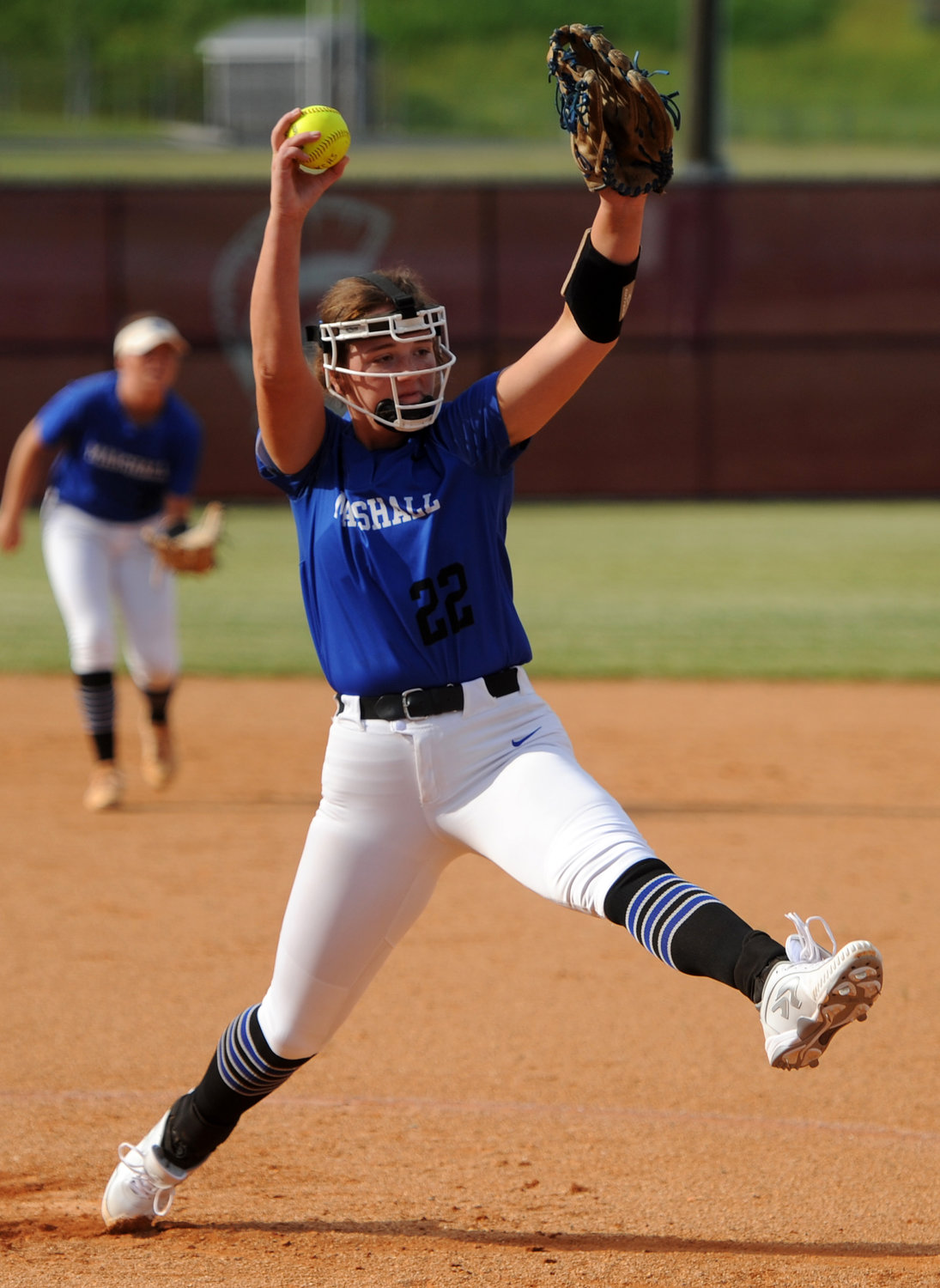 SPARTA — What’s been a stellar year of a new direction in Marshall County Tigerette softball ended on Tuesday afternoon in the Region 4-AAA tournament at White County.
What started off as a fantastic pitcher’s duel between Tigerette starter Haylee Hobby and Warriorette ace Addison Abell saw the hosts string together a few more hits with runners on base and take the 3-0 win over Marshall County.
Hobby and Abell dueled through a hitless first inning and it was Jessa Lancaster that delivered the game’s first base runner when she doubled to right in the second frame.
Abell settled and recorded the final two outs to strand the Tigerette in scoring position.
The Warriorettes responded with a two-out double in the bottom of the second, but Hobby pitched to contact and forced a fly out to end the White County half of the inning.
The back-and-forth affair continued into the third inning when White County drew a leadoff walk and later scored on a one-out double.
Marshall County continued to put the bat on the ball in the and Mallory Woodward connected on a two-out single to center in the fourth, but again was left stranded on base.
The Tigerettes’ best scoring chance came in the top of the fifth with back-to-back singles by Kaniyah Taylor and Demiyah Blackman to lead off the inning.
Abell responded with a strikeout and a 4-3 ground out before a hard-hit ball by Courtney Lunch lined out at first base, which could have plated the tying run.
White County answered in swift order and plated two insurance runs on three base hits in the bottom of the inning to put the game out of reach.
Marshall County didn’t manage another base runner over the final two innings.
While White County connected for eight hits off Hobby, she kept the damage to a minimum and gave up just three runs, while striking out three.
Taylor Pickle pitched the final inning in relief and didn’t allow a hit.
Lancaster’s second-inning double was the biggest hit of the night for the Tigerettes, while Woodward, Taylor and Blackman all singled.
“Coming into Marshall County this year, we knew we wanted to set a new precedent for the program. Our desire as a coaching staff has been to build a well-respected, competitive program for the school and for these young ladies,” Marshall County coach Amy Bonner said.
It’s been a year of changes with the team making a push to a second-place district finish and a competitive effort in the region semifinals.
“I have been incredibly blessed to have three assistant coaches that have all contributed greatly to the success of the team this year. I appreciate them so much and all of the hard work they have done behind the scenes to help make this team successful,” Bonner added.
Having made the push to the region and picked up a handful of upsets along the way, Bonner feels the returning players, having been led by a quality core of seniors this year, have laid the foundation for reaching the vision of where the program can go from here.
“Unfortunately, our game against White County was not our best effort. The end of the year fatigue and lack of focus was something that we will work to improve on next season. However, we have definitely made strides in the right direction. We will continue to build around the positive leadership we have from our returning players and work hard to show that Marshall County softball will continue to be a force to be reckoned with,” she said.
Marshall County closes the season with an 18-8 overall record.