FRANKLIN — There was plenty of offense to go around as the Marshall County Tigerettes teed off on Page pitcher Shelby Buffington for 11 hits.The Tigerettes capitalized on the offensive outburst … 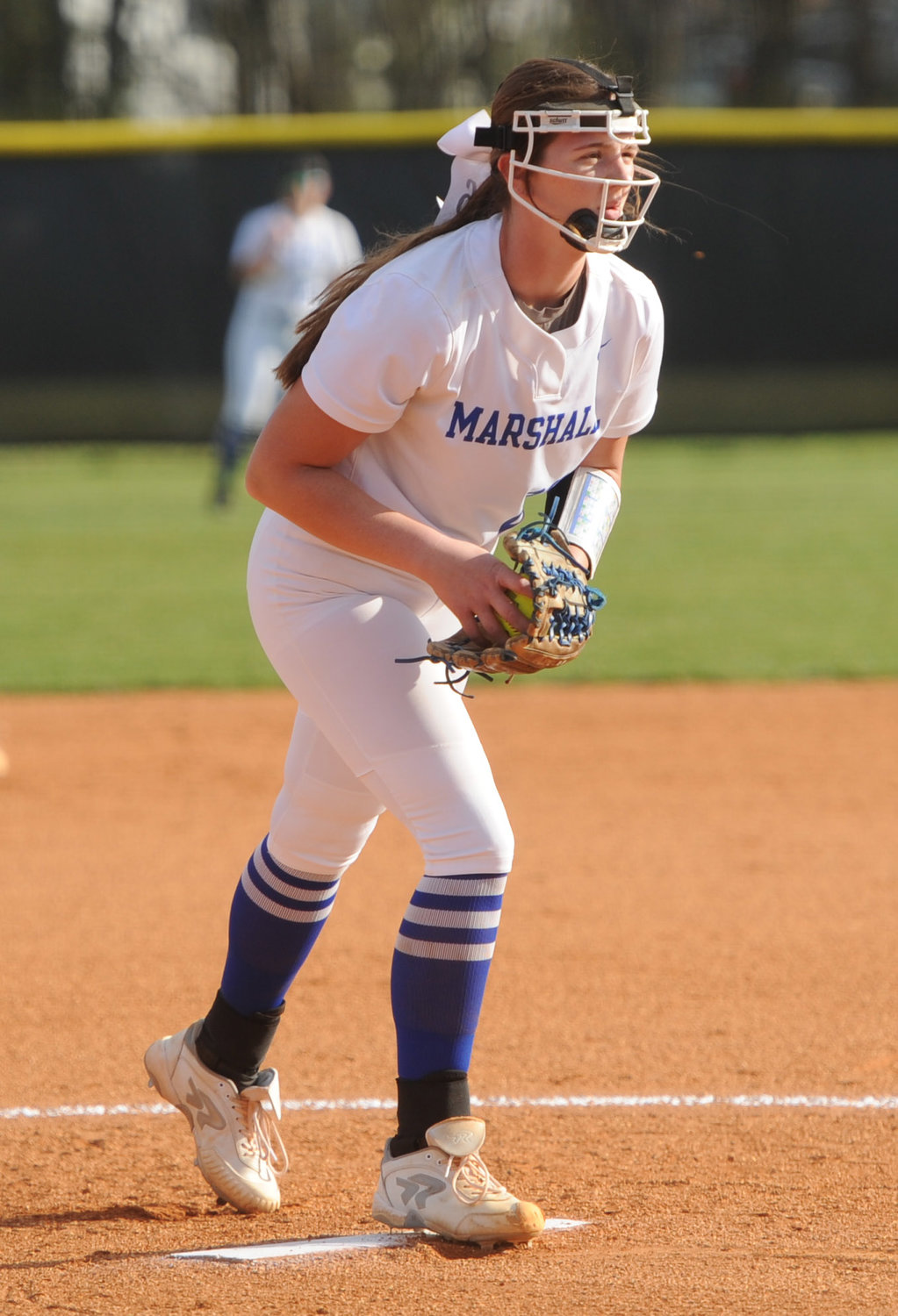 FRANKLIN — There was plenty of offense to go around as the Marshall County Tigerettes teed off on Page pitcher Shelby Buffington for 11 hits.
The Tigerettes capitalized on the offensive outburst and took the 7-4 win on Tuesday afternoon.
A four-run second inning proved to be the spark Marshall County needed.
After being sat down in order in the first inning, the Tigerettes put their first five batters of the inning on base, leading off with a free pass by Jahna Meadows-Richardson.
Kaniyah Taylor followed and reached via error before Reese Lentz and Ellie Luce came up with back-to-back singles, with Luce’s knock plating the game’s first run.
Taylor then scored on a sac-fly by Olivia Wooten.
Jessa Lancaster drove in two final runs in the inning on a single to right, bumping the Tigerette lead to 4-0.
Jahna Meadows-Richardson tacked on a fifth run in the top of the third when she scored on an error.
Page got a pair of runs back in the bottom of the third inning, including one off a Tigerette error.
Marshall County answered on a RBI single by Lentz in the top of the fifth inning, only to see Page connect on a two-run homer in the bottom of the inning to once again pull within two runs.
Taylor tacked on one final insurance run in the top of the seventh inning on a RBI triple to preserve the three-run lead.
Lancaster, Meadows-Richardson, Taylor and Lentz all recorded two-hit nights, with Lancastar, Woodward and Taylor coming up with two-baggers.
Taylor added triple as well.
Haylee Hobby picked up the win from the pitcher’s circle, going the distance for the Tigerettes.
She scattered eight hits over seven innings, only allowing two earned runs to cross the plate.