LEWISBURG — During their previous meeting against Tullahoma, the Lady Wildcats enforced their will on the Marshall County Tigerettes to the tune of a 55-7 final score.In Lewisburg on Tuesday … 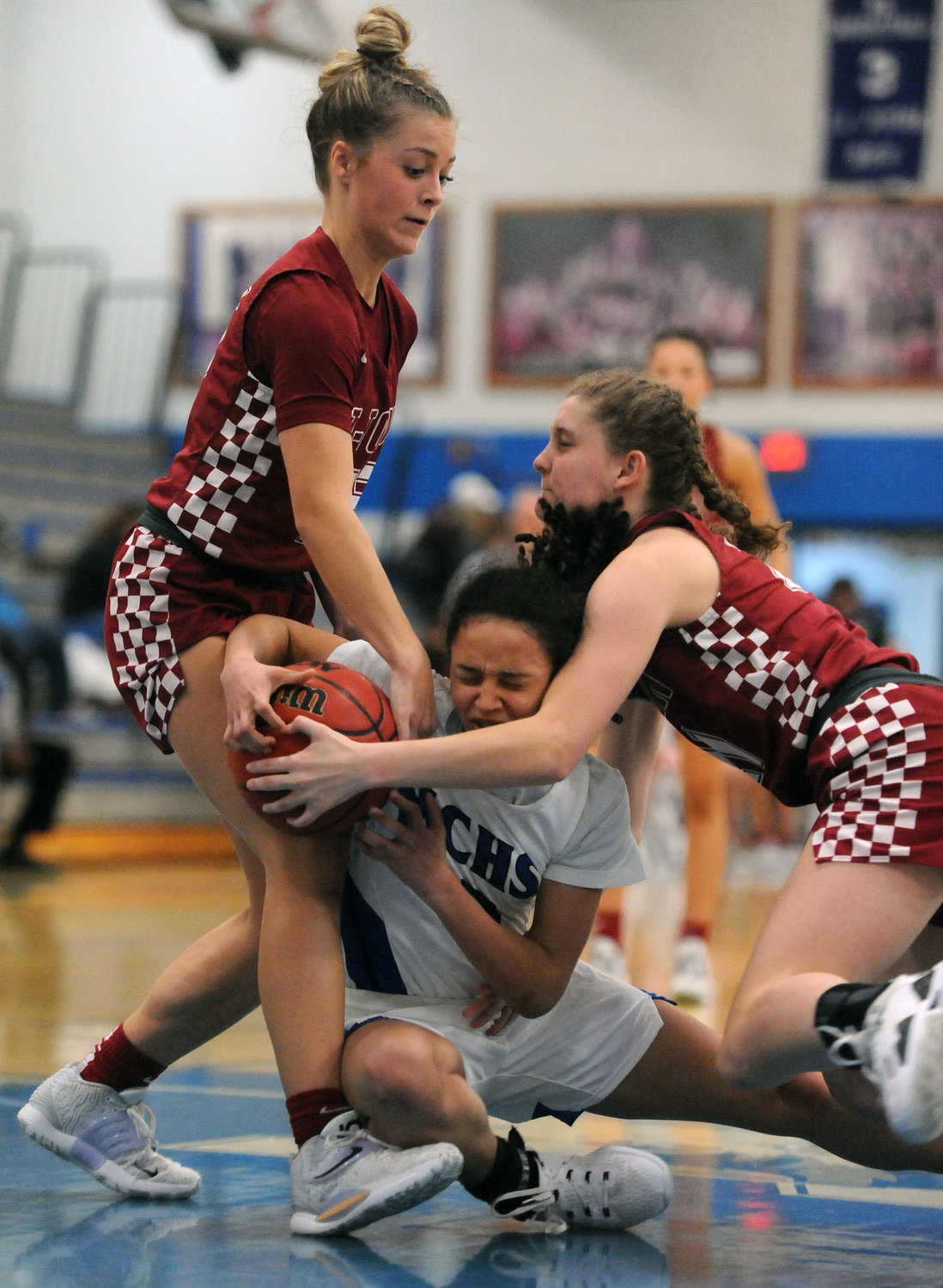 Kayla Keiler clings to the ball and draws a foul against Tullahoma on Tuesday night. She led the Tigerettes with 10 points.
Tribune Photo by Chris Siers 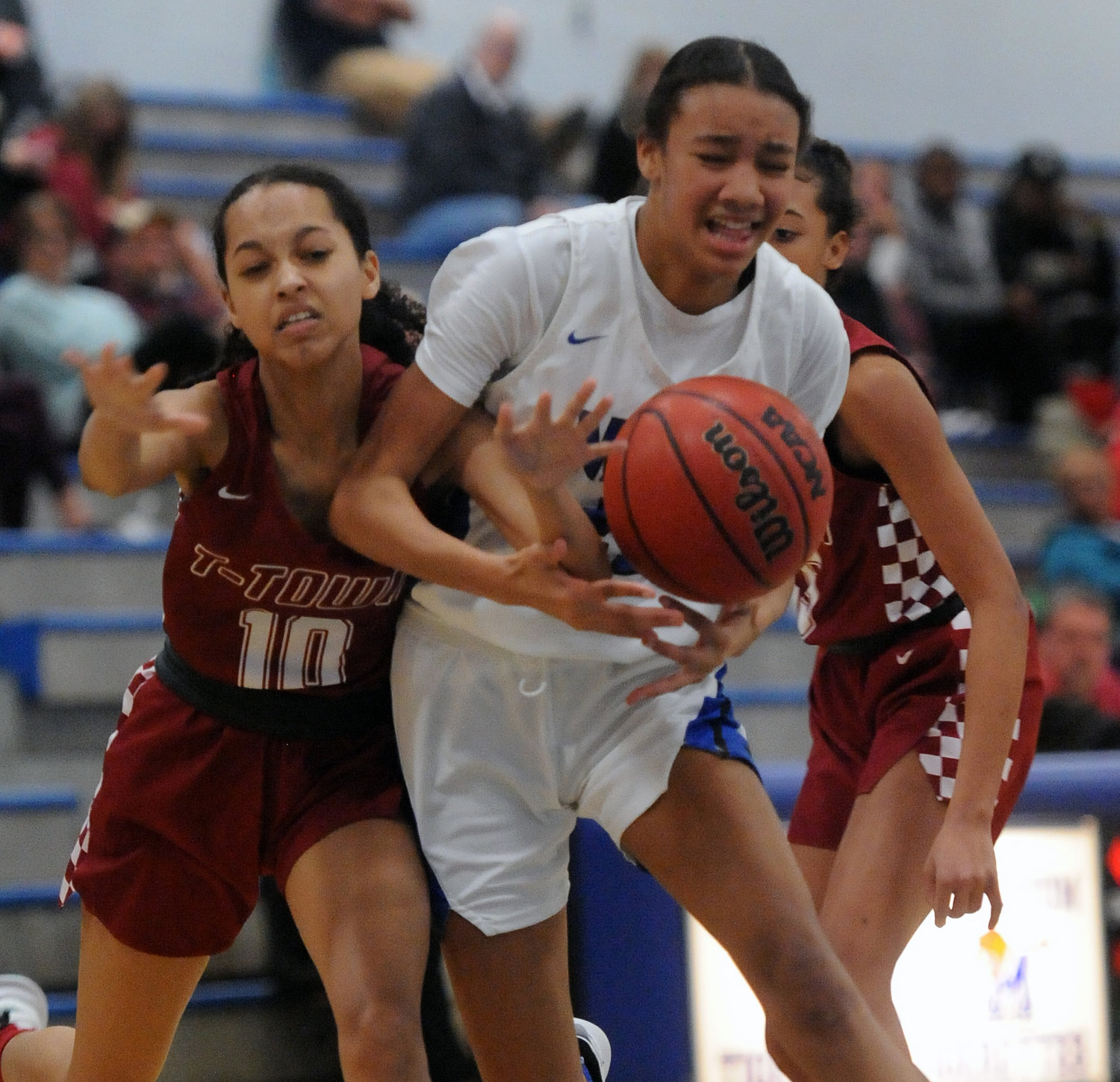 Mashawna Ridley is fouled as she charges the rim. She scored eight points for Marshall County.
Tribune Photo by Chris Siers 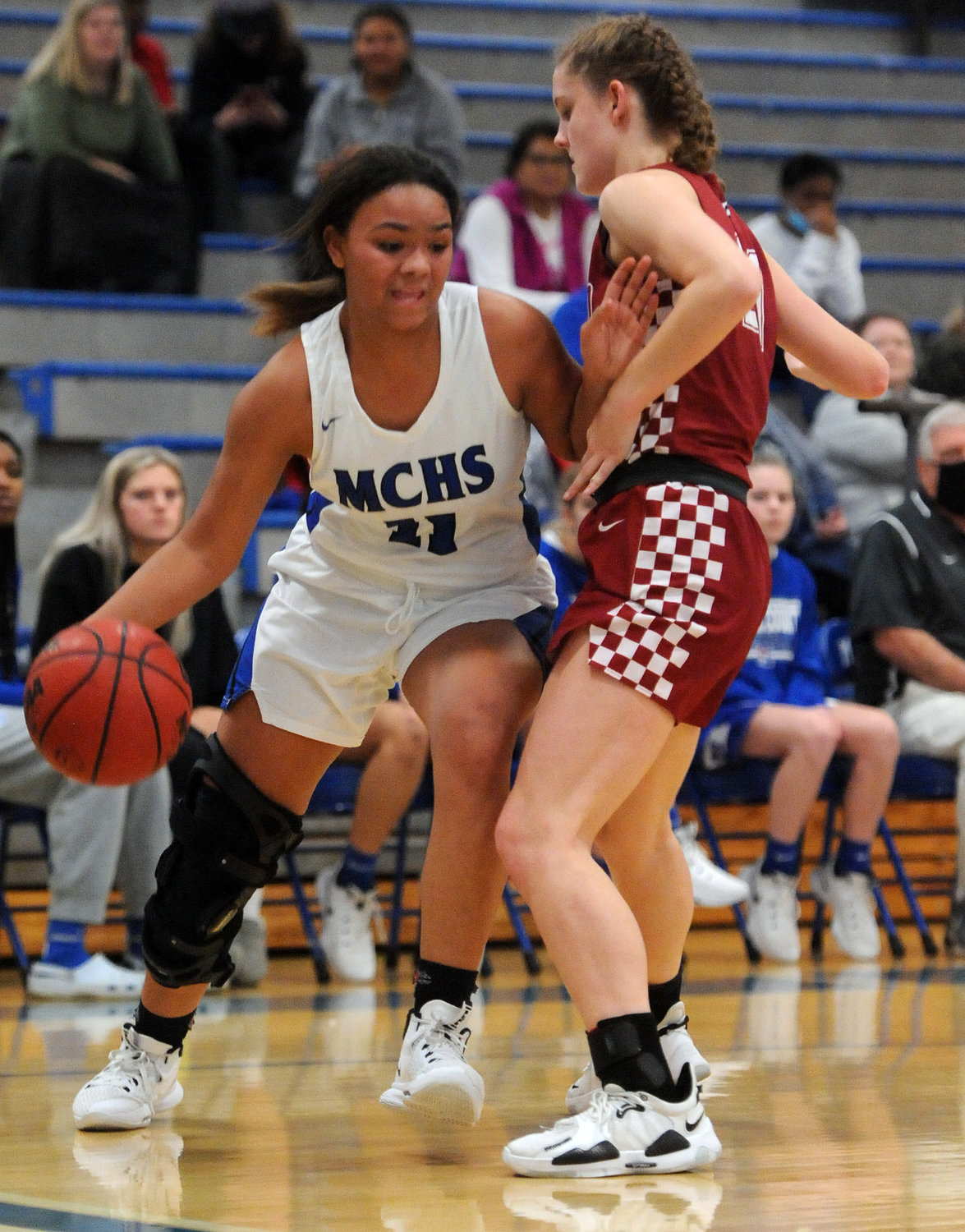 Demiyah Blackman drives the baseline before pulling up for a layup.
Tribune Photo by Chris Siers
Previous Next
Posted Wednesday, February 2, 2022 1:50 pm
By Chris Siers ~ sports@t-g.com

LEWISBURG — During their previous meeting against Tullahoma, the Lady Wildcats enforced their will on the Marshall County Tigerettes to the tune of a 55-7 final score.
In Lewisburg on Tuesday night, the Tigerettes gave Tullahoma (13-6, 4-2) a four-quarter fight, but came up short in, 44-31.
The Tigerettes (7-14, 0-6) stymied the Lady Wildcats in the first frame and didn’t allow Tullahoma a made field goal until the 5:01 mark on a basket by Lucy Nutt.
Tullahoma scored six-straight points to take a 6-2 lead with 4:41 left in the quarter.
But Marshall County answered with baskets by Demiyah Blackman and Kayla Keiler to pull within three points by the end of the quarter.
That trend continued until Mashawna Ridley connected on a basket from the low post to pull the Tigerettes within three points at the 5:23 point of the second frame.
The game took a scary turn with just under three minutes left in the half when Nutt took a hard fall and apparently hit her head.
Even wtih the injury to Nutt, Tullahoma closed the game with a four more points to stretch the halftime lead to seven points.
Tullahoma opened the third frame with a 3-pointer just 19 seconds into the half and was able to orchestrate a 14-6 run through the quarter to build a 15-point lead by the end of the period.
Even with the injury, Nutt returned in the second half and scored 14 of her game-high 24 points in the second half.
As a team, Tullahoma saw just three players score.
In addition to Nutt’s 24 points, Morgan Carr added 14 points as well.
The team also proved incredibly efficient at the free throw line.
The Lady Wildcats connected on 17-of-18 attempts in the game to help preserve the 13-point win.
The Tigerettes, in contrast, managed just 5-of-9 tries at the charity stripe.
Keiler led four Tigerettes in double figures, while Blackman and Ridley added eight apiece.
The Tigerettes will be back on the road on Friday evening for another District 8-AAA contest at Spring Hill.