The Marshall County Tigerettes started the season with a 7-8 record then got red hot, reeling off 10 straight wins with latest coming via a four-inning, 13-8 win over Cornersville in Tuesday’s … 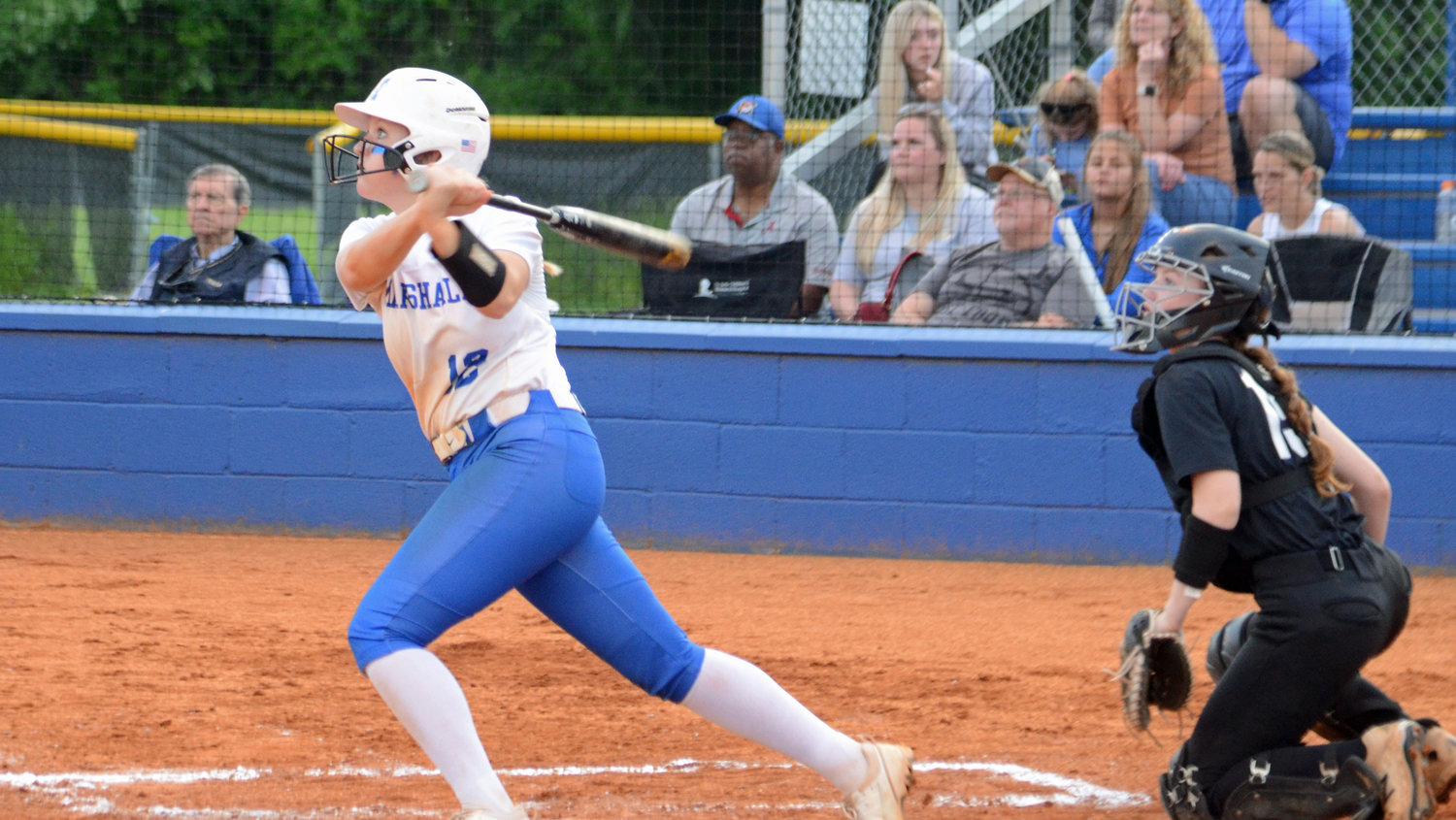 Marshall County’s Ellie Luce bashes the first of her two homeruns in a 13-8 win over Cornersville Tuesday night at Reese Hambrick Field in Lewisburg.
Tribune photos by Anthony S. Puca 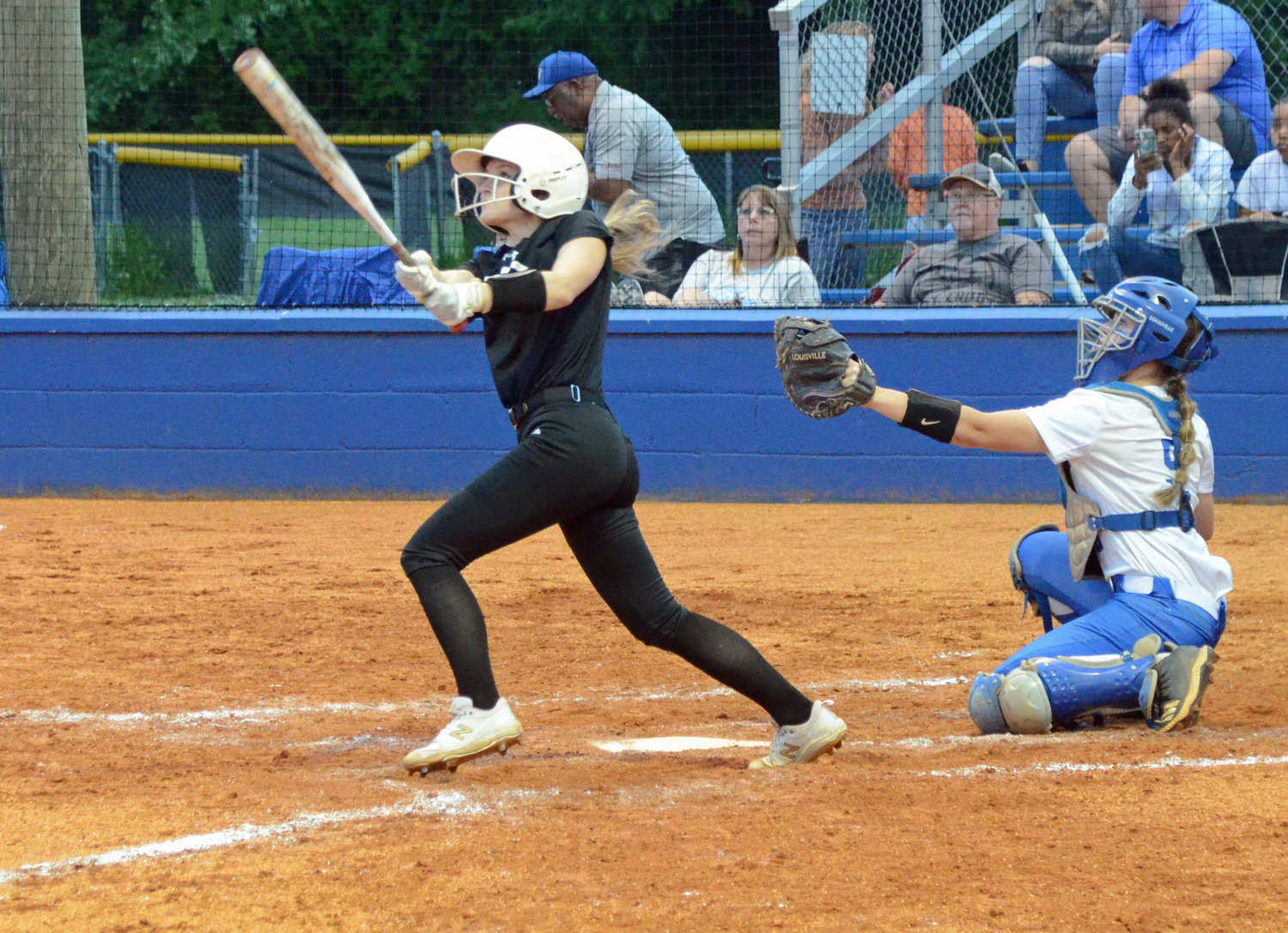 Jayli Childress had a pair of hits and two RBIs in the Lady Bulldogs’ 13-8 loss at Lewisburg Tuesday night.

Demiyah Blackman belts a two-run homerun in the bottom of the first inning. 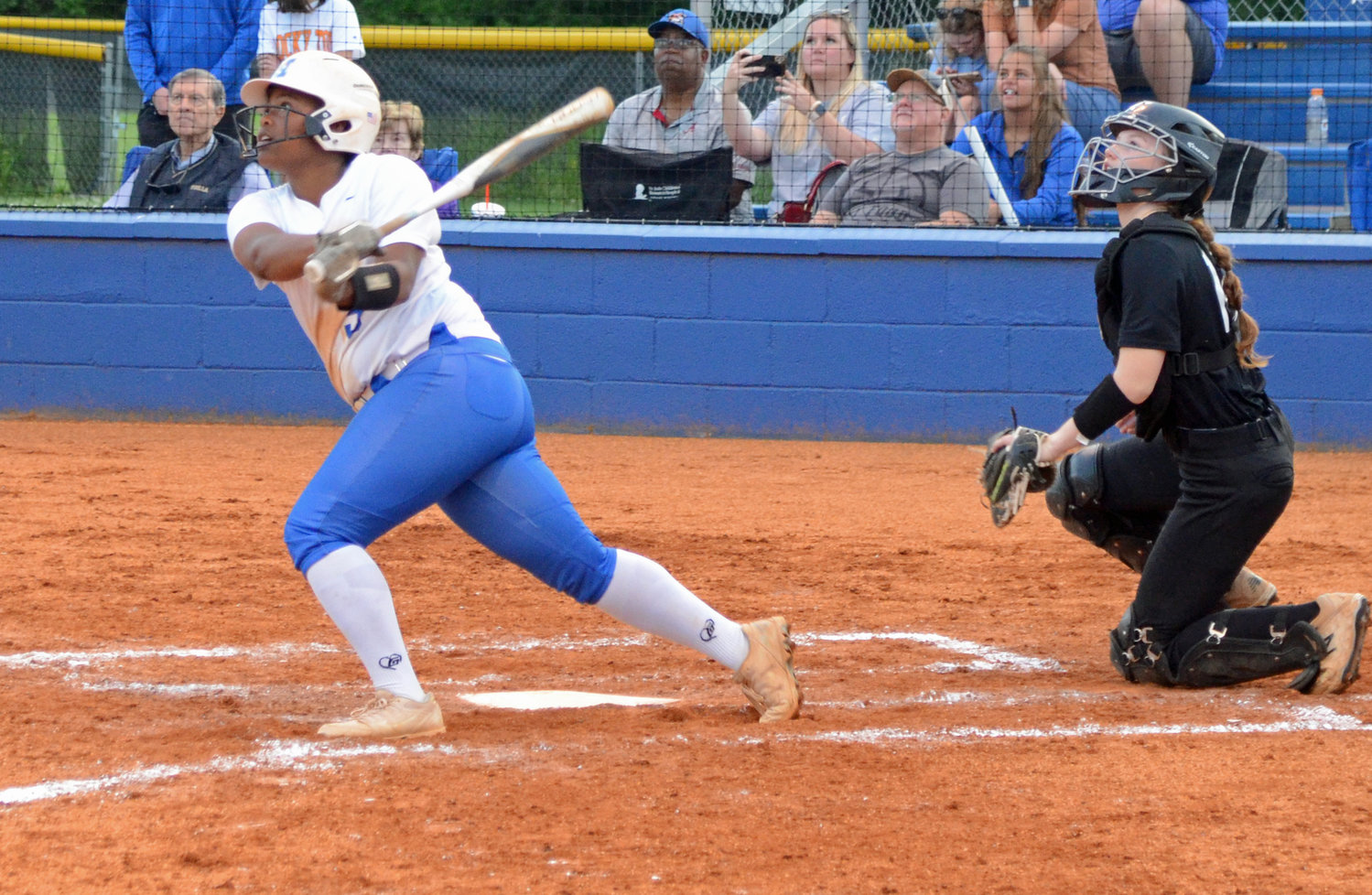 Kaniyah Taylor followed Blackman with another homerun for Marshall County. 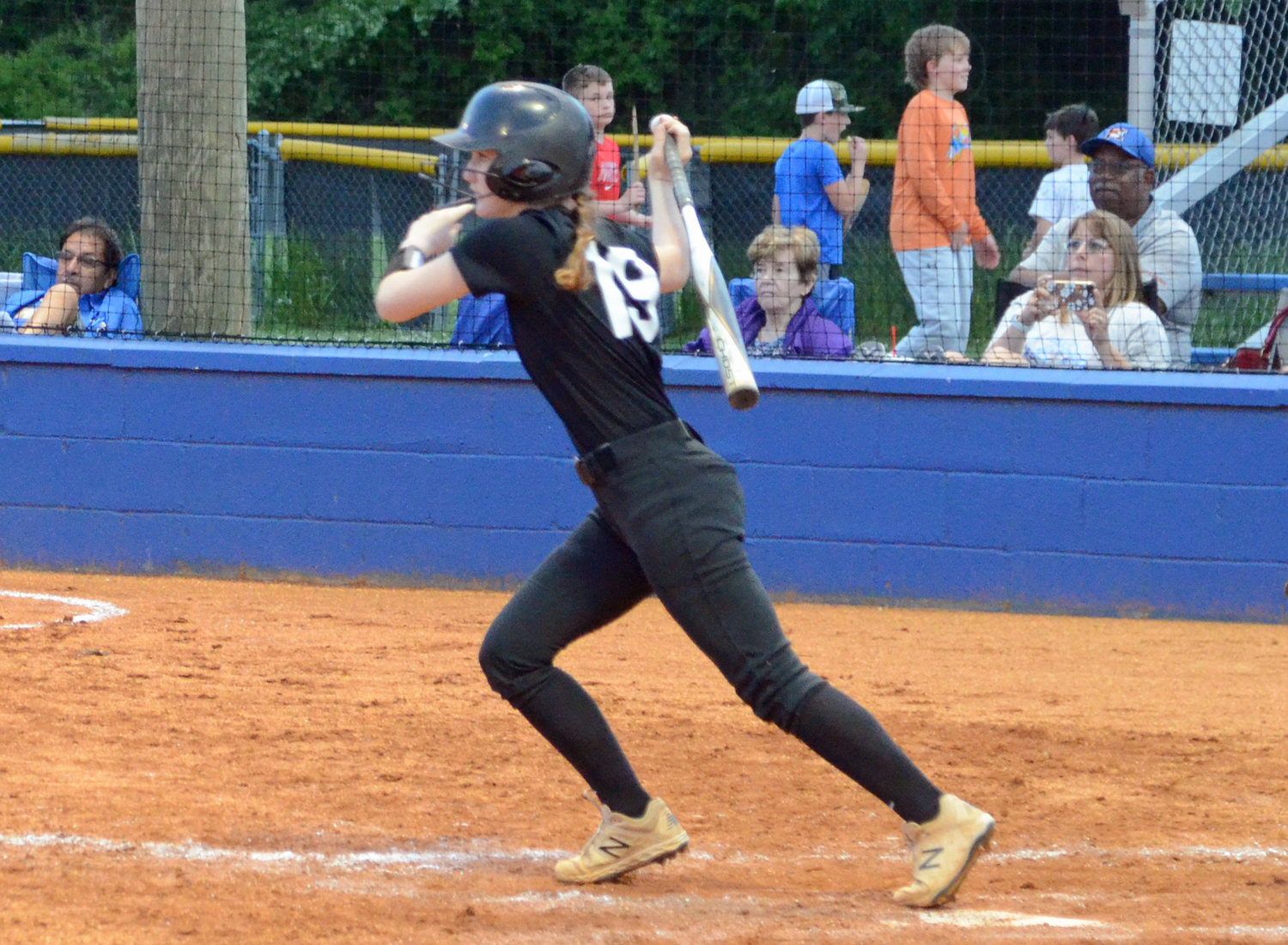 Alicia Polk went 2-for-3 with two RBIs and scored a run versus the Tigerettes.
Previous Next
Posted Wednesday, May 4, 2022 7:25 am
By Anthony S. Puca Sports Writer

The Marshall County Tigerettes started the season with a 7-8 record then got red hot, reeling off 10 straight wins with latest coming via a four-inning, 13-8 win over Cornersville in Tuesday’s nightcap at Reese Hambrick Field in Lewisburg.

Marshall County’s win was its fourteenth straight over the Lady Bulldogs, dating back to 2014.

The Tigerettes went long ball, bashing four homeruns in the game with Ellie Luce belting a pair of round trippers and driving in five runs and Kaniyah Taylor and Demiyah Blackman had one long bomb apiece in the 13-hit barrage.

The Lady Bulldogs came out swinging, scoring a pair of first inning runs on an Emma Ward sacrifice fly and an RBI single by Hannah Moore.

Marshall County answered in a big way, sending 10 batters to the plate in the bottom of the first inning.

The Tigerettes scored six runs as Luce belted her first homerun with three runners on base before Blackman nailed a two-run homerun and Taylor made it back-to-back dingers with a solo shot.

Cornersville scored two runs in the top of the second inning on a fielding miscue and a Jayli Childress RBI double.

In the home half of the second inning the Lady Bulldogs committed four errors in the field as the Tigerettes scored four runs on just one hit, an RBI double by Taylor.

MCHS gave up an unearned run in the top of the third inning as the Lady Bulldogs cut the lead in half at 10-5.

Luce bashed her second homerun of the game with one runner on base to make it 12-5, but once again the Lady Bulldogs clawed their way back in the game with a three-run top of the fourth inning with Anna Wood, Childress, and Polk all driving home one run apiece.

Courtney Lynch ripped a leadoff double in the bottom of the inning and one out later, Lynch scampered home on a Jahna Meadows-Richardson infield single.

Shortly afterwards, lightening was spotted and the game was called with the Tigerettes (17-8) picking up the win.